Following his latest drama “Lovers of the Red Sky,” Ahn Hyo Seop took time for a special interview with Viki and Soompi!

Check out his responses below:

If you could tell your younger self any one thing, what would it be?
Asked by @maiithaoo

You are doing well. What you are thinking is the answer.

Is there a K-pop group you like listening to?
Asked by @amberblush13

I listen to all sorts of music. I like diverse genres like classical music, hip hop, jazz, and pop. I enjoy listening to music all the way from rapper Woo Won Jae to BTS.

I tend to like all colors, but looking at my closet, there’s a lot of gray and black ^^

Why are you so cute and handsome?
Asked by @nairarchie

Why are you so friendly and lovable?

What are some pre-acting rituals that you do if any?
Asked by @heathernikkole

I don’t have any special rituals, but I try to focus while reciting my lines. 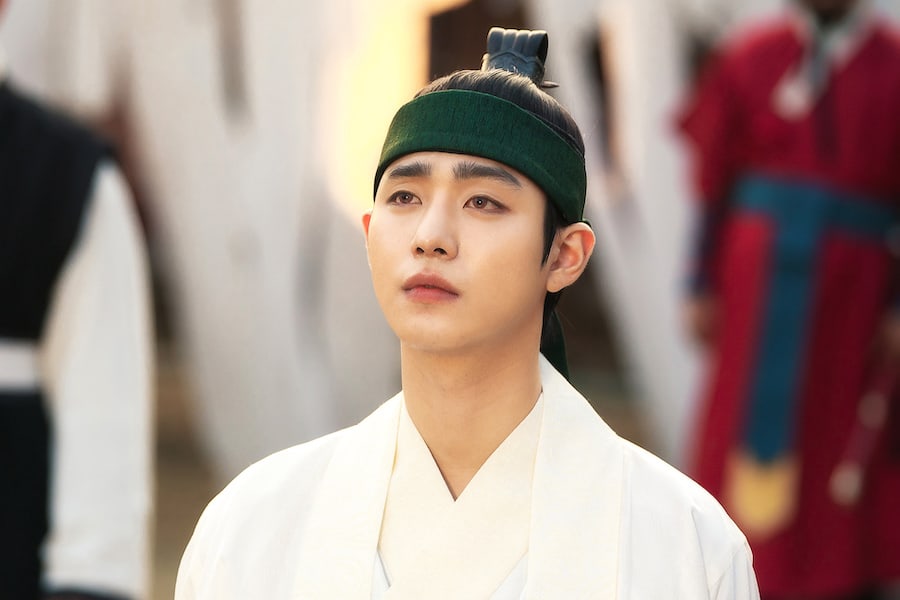 Are red contact lenses comfortable to wear?
Asked by vianna_r_mk

Wearing the lenses was quite difficult. They didn’t fit my eyes well, so I went to the hospital from time to time. I was recommended lenses that BTS’s V wears as appearing the most natural, so I wore those. Ha Ram’s red eyes were a very important aspect, so I’m glad they were shown well in the drama.

Your blind acting seemed very real. Did you practice it a lot?
@hwasan99

I hoped for my acting to be convincing for many people. Although Ha Ram cannot see, he had to appear normal as he does everything skillfully. I thought a lot about my gaze.
I believe there is power that comes from eyes, but it was difficult as I wasn’t supposed to look into the eyes of my co-stars.

What was your most embarrassing moment while filming?
Asked by @suji_mini

There weren’t any in particular, but I remember feeling embarrassed wondering how I look when I did the Ma Wang acting in front of a green screen and with nothing else.

If you were Hong Chun Gi, would you choose Prince Yangmyung or Ha Ram?
Asked by @rfkptr

Before the final episode was revealed, I thought, “If the love with Ha Ram hurts Hong Chun Gi like this, wouldn’t it be best for her to let her go? Couldn’t Prince Yangmyung make her happier?” However, I was also happy seeing the two have a very happy conclusion.”

What did you and the other cast members like to do on breaks while filming [“Lovers of the Red Sky”]?
Asked by @theresa_bobesa

When filming “Lovers of the Red Sky,” we always discussed the next scene during breaks. It was a really great filming atmosphere where we discussed a lot about the scenes, our acting, and aspects like what kind of emotions we are feeling, how much we are going to express them, and how we are going to move. 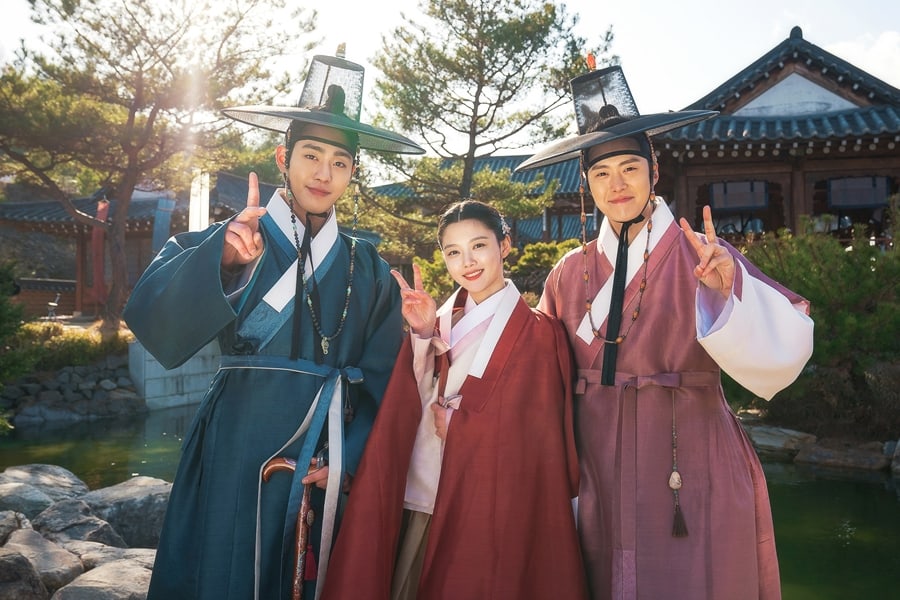 What are your recent hobbies?
Asked by @kookie_m_24

I have recently been filming the drama “A Business Proposal” (working title), so I don’t have anything special going on besides reading the script and preparing for filming. I am happiest when spending any free time with Baul (pet cat).

Which country would you like to visit once the pandemic ends?
Asked by @lisa_gamsil54

I haven’t thought about it because I’ve been filming continuously, but I hope the day when everyone can let loose and go anywhere they want to comes quickly. More than anything, I want to visit my parents in Canada.

Watch Ahn Hyo Seop in “Lovers of the Red Sky” below!

Soompi Spotlight
Ahn Hyo Seop
Lovers of the Red Sky
How does this article make you feel?