BLACKPINK’s Rosé made a sweet show of support for her friend Kim Go Eun!

After wrapping up Season 1 of her hit drama “Yumi’s Cells” in October, Kim Go Eun has been busy filming the upcoming Season 2—and Rosé cheered her on by thoughtfully sending a coffee truck to the set.

On December 28, Kim Go Eun took to Instagram Stories to express her gratitude. Sharing a couple of adorable photos of herself happily posing in front of the truck sent by Rosé, the actress tagged the BLACKPINK member and added in English, “Thank You So Much.” She also affectionately wrote in Korean, “Thank you so, so, so much, Chaeyoung [Rosé’s Korean name], kiss kiss.” 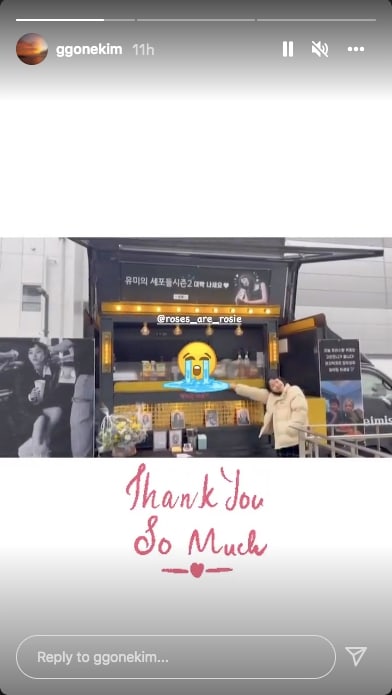 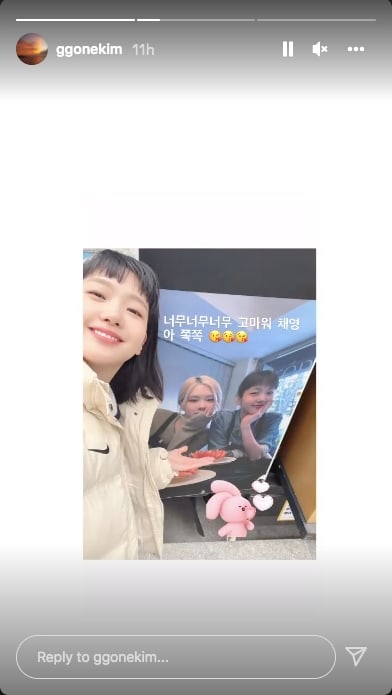 Rosé, who became friends with Kim Go Eun after her guest appearance on JTBC’s “Sea of Hope,” later reposted the actress’s post to her own Instagram story.

Watch Kim Go Eun in the first season of “Yumi’s Cells” with subtitles below!