2PM’s Taecyeon Talks About His First Historical Drama “Secret Royal Inspector & Joy,” Roles He Wants To Try Next, And More

Following the finale of “Secret Royal Inspector & Joy,” 2PM’s Taecyeon took time for an interview to express his thoughts.

tvN’s “Secret Royal Inspector & Joy” is a historical comedy drama starring Taecyeon as Ra Yi Eon, a young gourmand who is appointed a secret royal inspector (a government official who travels undercover to local provinces to inspect them and uncover corruption) against his will. Kim Hye Yoon stars as Kim Jo Yi, a divorced woman searching for happiness who winds up joining forces with him to investigate and battle corruption.

Taecyeon shared thoughts on the drama’s conclusion as he commented, “The long six-month journey since our first script reading has ended. I don’t think I’ll be able to forget these six months that began in the hot weather and went all the way into the winter when our hands and feet were frozen. Now that we’re all done filming, I feel relieved, refreshed, and sad. I don’t know if it’s because I relied a lot on the staff and actors I worked with, but it’s awkward that filming is now over and it doesn’t feel real. ‘Secret Royal Inspector & Joy’ was a comforting for me, and I think it’ll be that much more unforgettable. I even wonder whether I’ll be able to meet a project like this in the future. Thank you for loving ‘Secret Royal Inspector & Joy,’ and I will work hard to impress again through my next project.”

When asked why he decided to star in the drama as well as his first thoughts on his character Ra Yi Eon, he answered, “The ‘Secret Royal Inspector & Joy’ script was refreshing right off the bat. The charms of Ra Yi Eon and Jo Yi were so clear, and as I kept reading, I could relate to the stories the drama was trying to tell.”

He continued, “I read the script during the final stages of filming ‘Vincenzo,’ and it felt like warmth was filling my slightly exhausted mind and body from portraying a villain. I decided to appear in the drama as I was excited thinking about all the new images I could showcase as Ra Yi Eon.”

For his most memorable scene to film, Taecyeon picked the trial scene from the first three episodes. He explained, “All filming for ‘Secret Royal Inspector & Joy’ was tough, but within that journey of filming, I felt proud.” Taecyeon continued, “Due to COVID-19, the filming schedule kept changing ,so we ended up filming in the worst of the summer heat. Since we filmed in the sweltering, steaming heat of 38-39 degrees Celsius (approximately 100.4-102.2 degrees Fahrenheit) without an inch of shade, the staff members struggled a lot, and all the actors were exhausted from filming for long periods of time. However, after watching the broadcast, you couldn’t feel the heat we struggled through on screen, and I remember there were endless sighs in our actors’ group chat.” 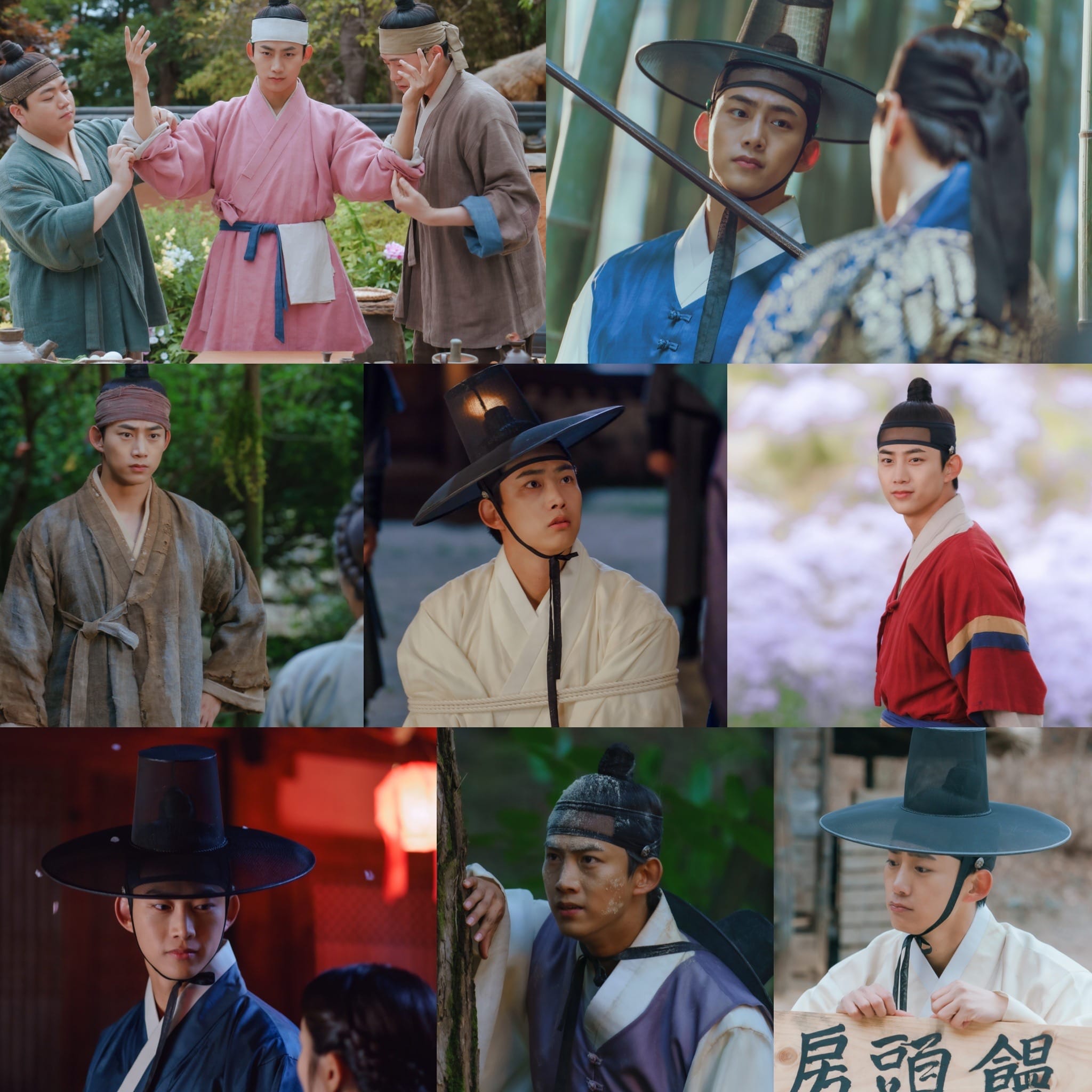 Taecyeon continued to speak about the actors’ close friendship as he commented, “It was a set where I was really close to the actors. Without any odd ones out, everyone has such good character, and as a result, the atmosphere on set was always friendly. Including me, there were a couple actors who were trying out historical acting for the first time, and I don’t know if it’s because of that, but I think we talked more and relied on each other. While there were a lot of actors my age, regardless of age, it was a set where we respected and helped each other, which is why I think that the good atmosphere was possible until the very end. During filming, we always took lots of pictures of each other, shared the ones we took to our actors’ group chat, and asked how everyone was doing even when we didn’t have filming.”

The actor also shared his interpretation on how the drama ended for Ra Yi Eon. He explained that the ending represented a message of courage and hope, sharing, “Whether it’s the Joseon Dynasty hundreds of years ago or Korea in 2021, we all live within that big frame of society. Yesterday is not that different from today, and if you think that your life is repetitive like a treadmill, I believe that anyone can dream about wanting to escape from the reality they were given. In that sense, Ra Yi Eon’s courage and determination in letting everything go, seeking out his own happiness, and chasing after a new life was a conclusion that gave me strength.” 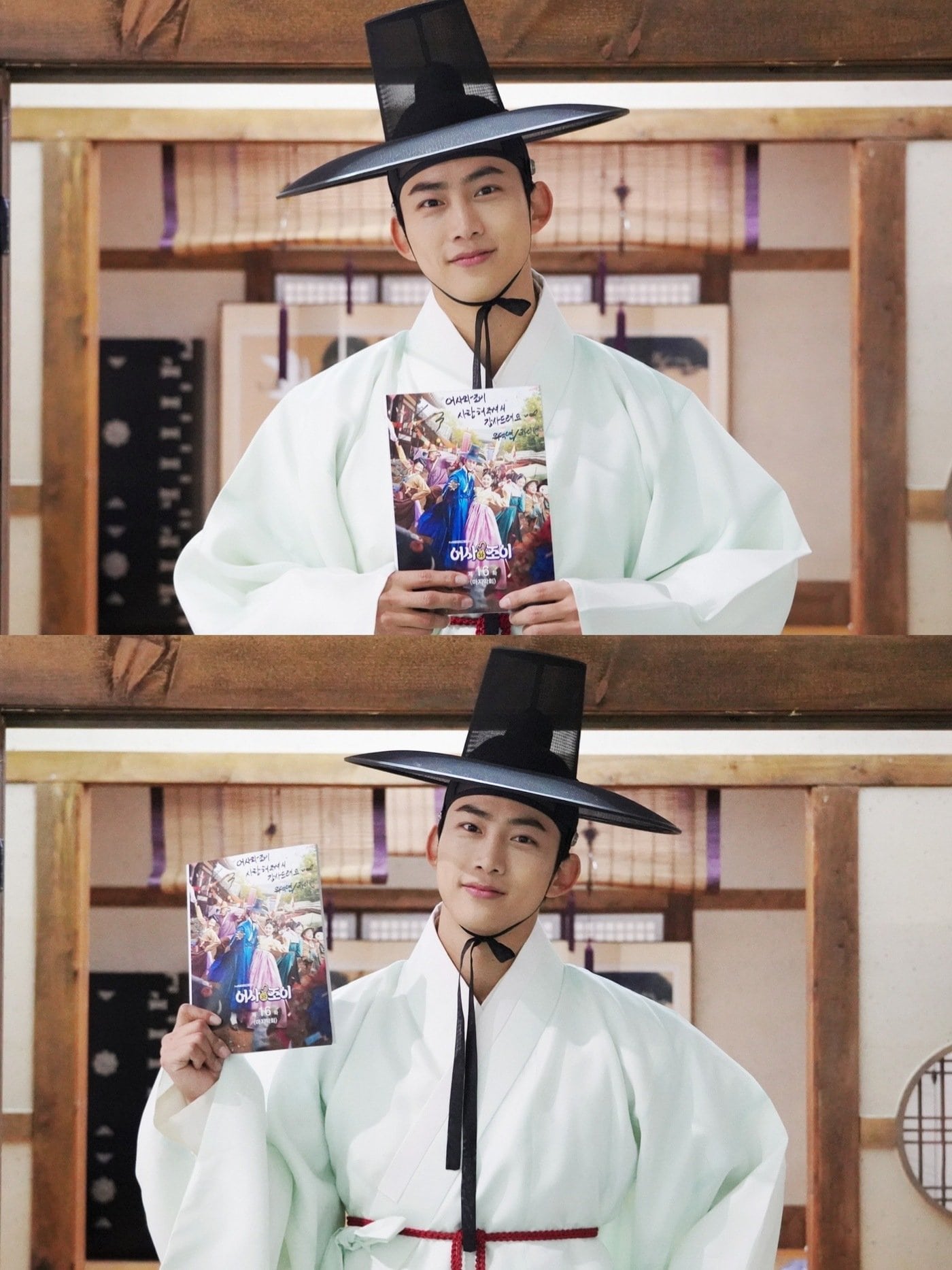 Taecyeon shared that “Secret Royal Inspector & Joy” is a drama that he will remember as rain in a drought and commented to his character Ra Yi Eon, “Ra Yi Eon, who has realized what true happiness is, you worked hard traveling all around the provinces. Live happily with Jo Yi doing lots of the cooking you enjoy!”

For his next project, Taecyeon was asked what kind of genre or role he wants to try. He answered, “Recently, I’ve grown to want to try visually strong genres like noir or action. I like everything to the point where I want to try it all if it’s a project that can draw out another one of my charms and a role I haven’t yet tried.”

Lastly, Taecyeon commented to viewers, “Thank you so much. Just as this drama was a comforting drama for me, I hope it was a drama that also provided comfort to you. It was an honor to be able to laugh and cry with you all as Ra Yi Eon of ‘Secret Royal Inspector & Joy.’ I will greet you soon with a good project. Happy New Year, and be happy!”