Previously, it was revealed that the rotting hole in the middle of Ok Eul Tae’s (Lee Joon‘s) chest was a curse put upon him by Min Sang Woon, who was a bulgasal in her past life. With blood seeping from his chest each time he attempted to go after Min Sang Woon, he instead tried to use Dan Hwal. He also eventually dragged in Min Si Ho (Gong Seung Yeon), who was Dan Hwal’s wife in a previous life. When Dan Hwal learned of this fact, he grew enraged to the point of postponing his revenge against Min Sang Woon in order to find a way to kill Ok Eul Tae.

In the newly released stills, Dan Hwal and Min Sang Woon track down Ok Eul Tae, who is moving under the orders of Teoreokseon, a water monster. As they enter a building to continue their chase, the Teoreokson appears with arms as hairy as a beast. Another still shows Min Si Ho with her mouth and hands bound, proving the gravity of their chase. 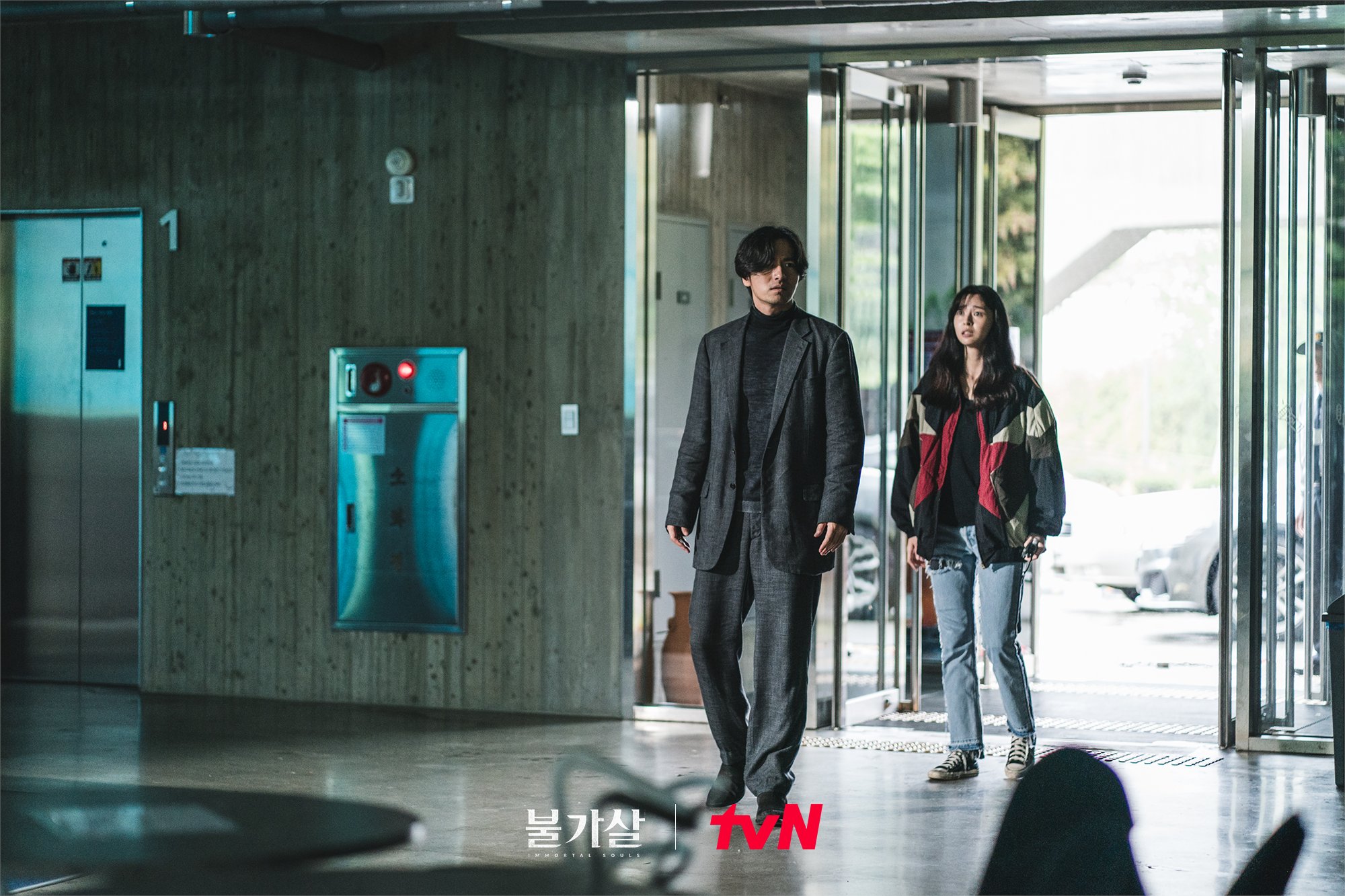 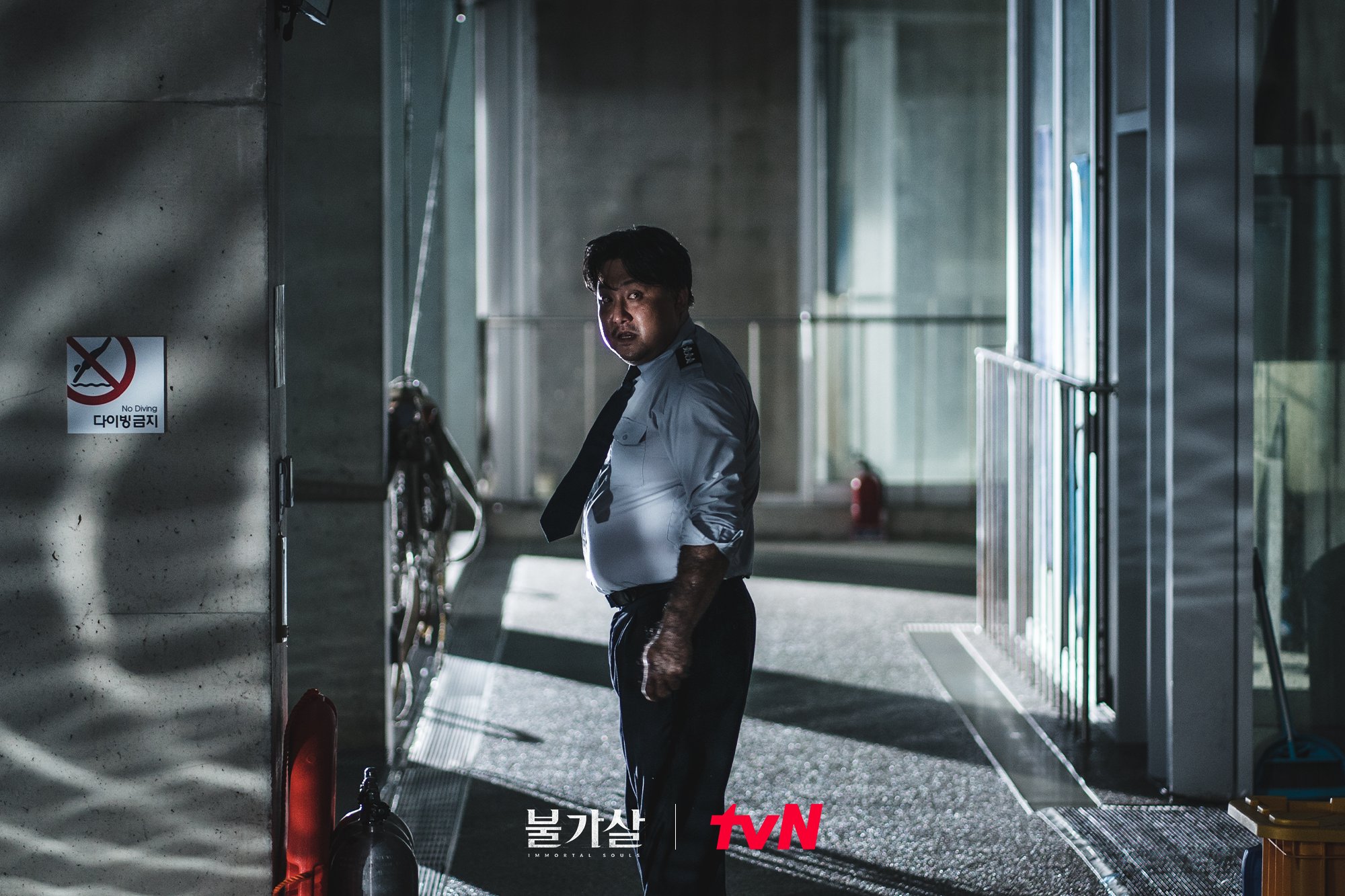 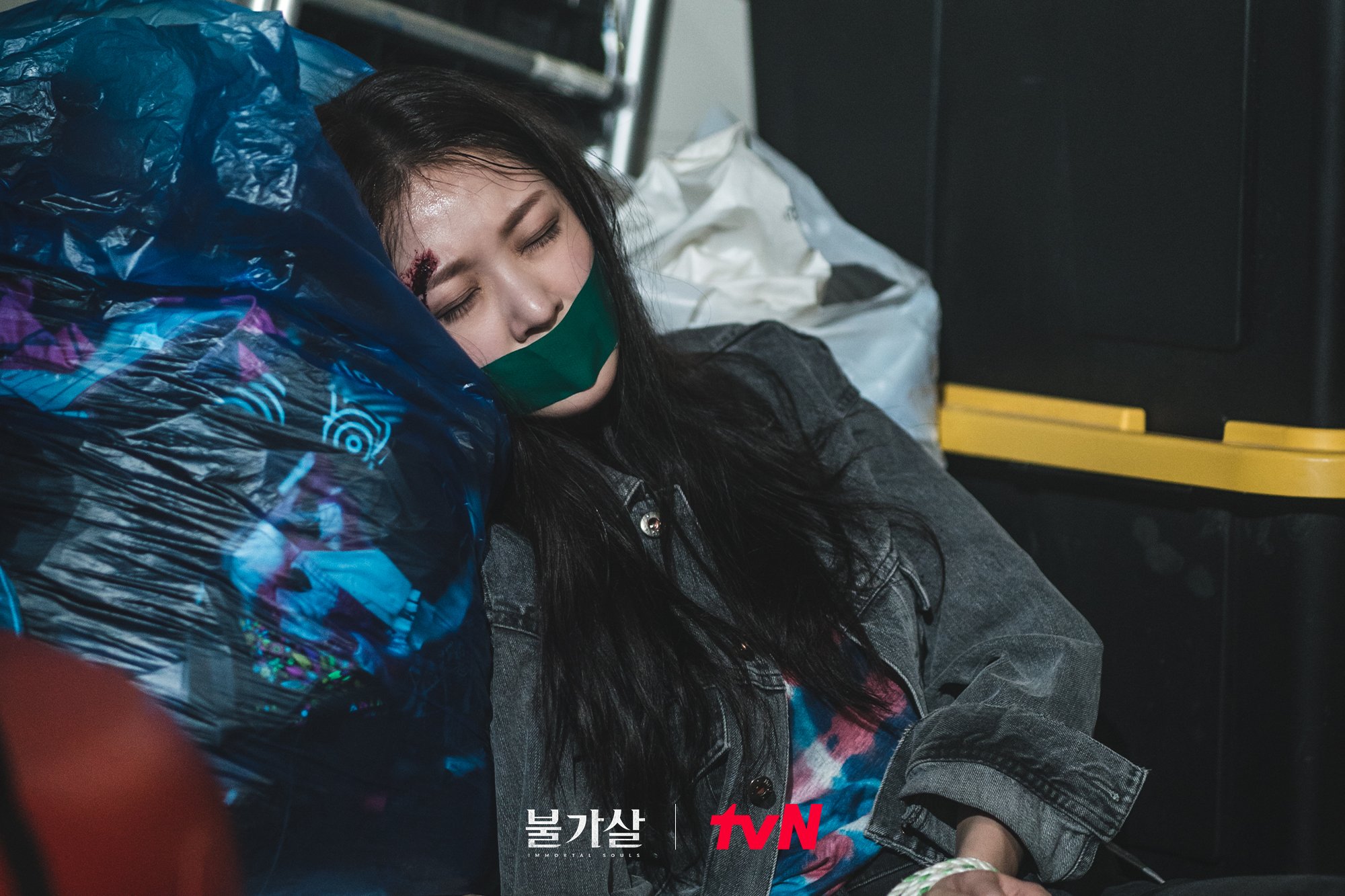 Min Sang Woon also stands looking at something in shock as tears fill her eyes. Kwon Ho Yeol (Jung Jin Young), a former detective, also makes an appearance, and viewers are left wondering if he will meet Min Si Ho, as they were father and daughter in their previous lives. 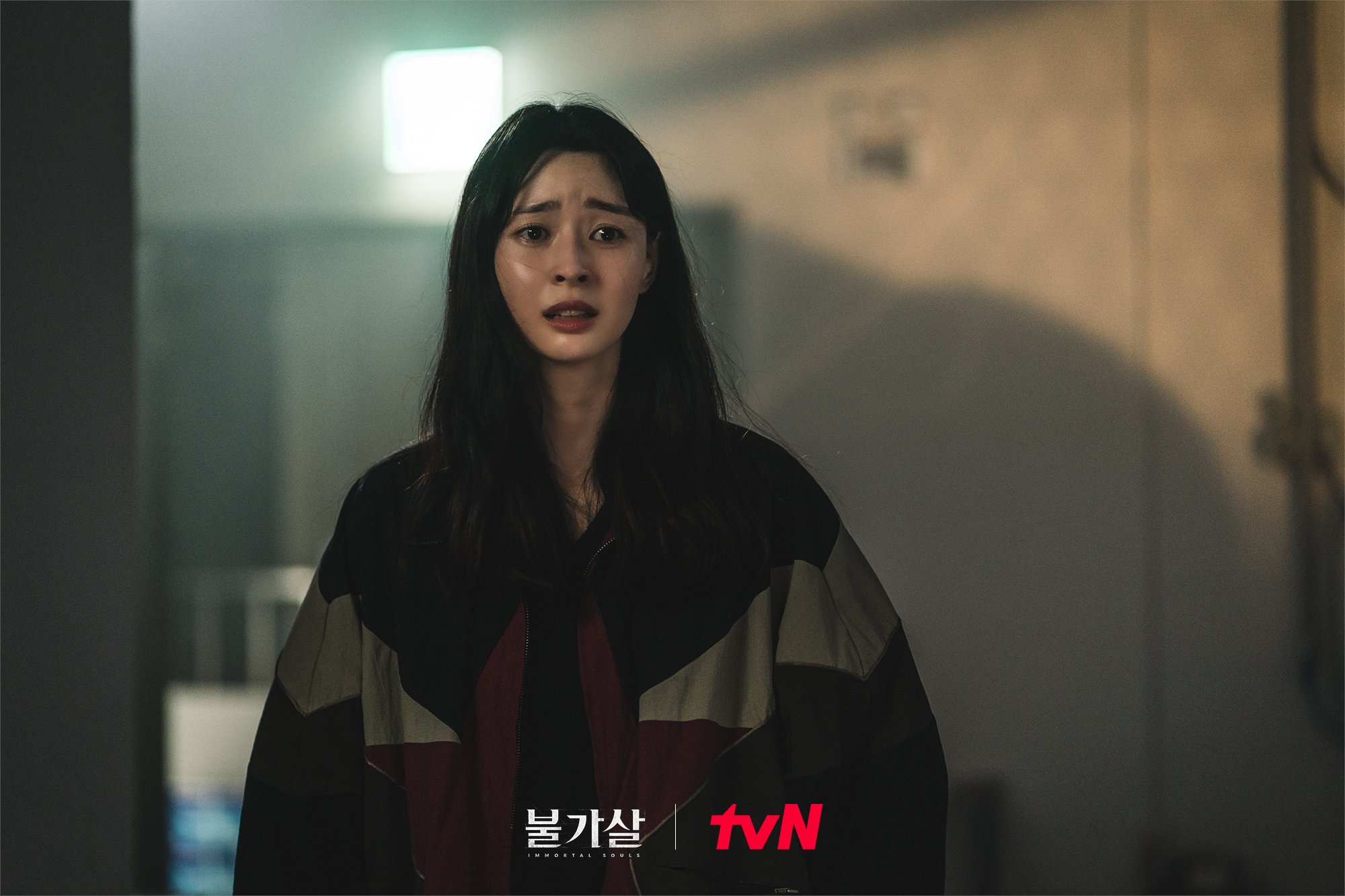 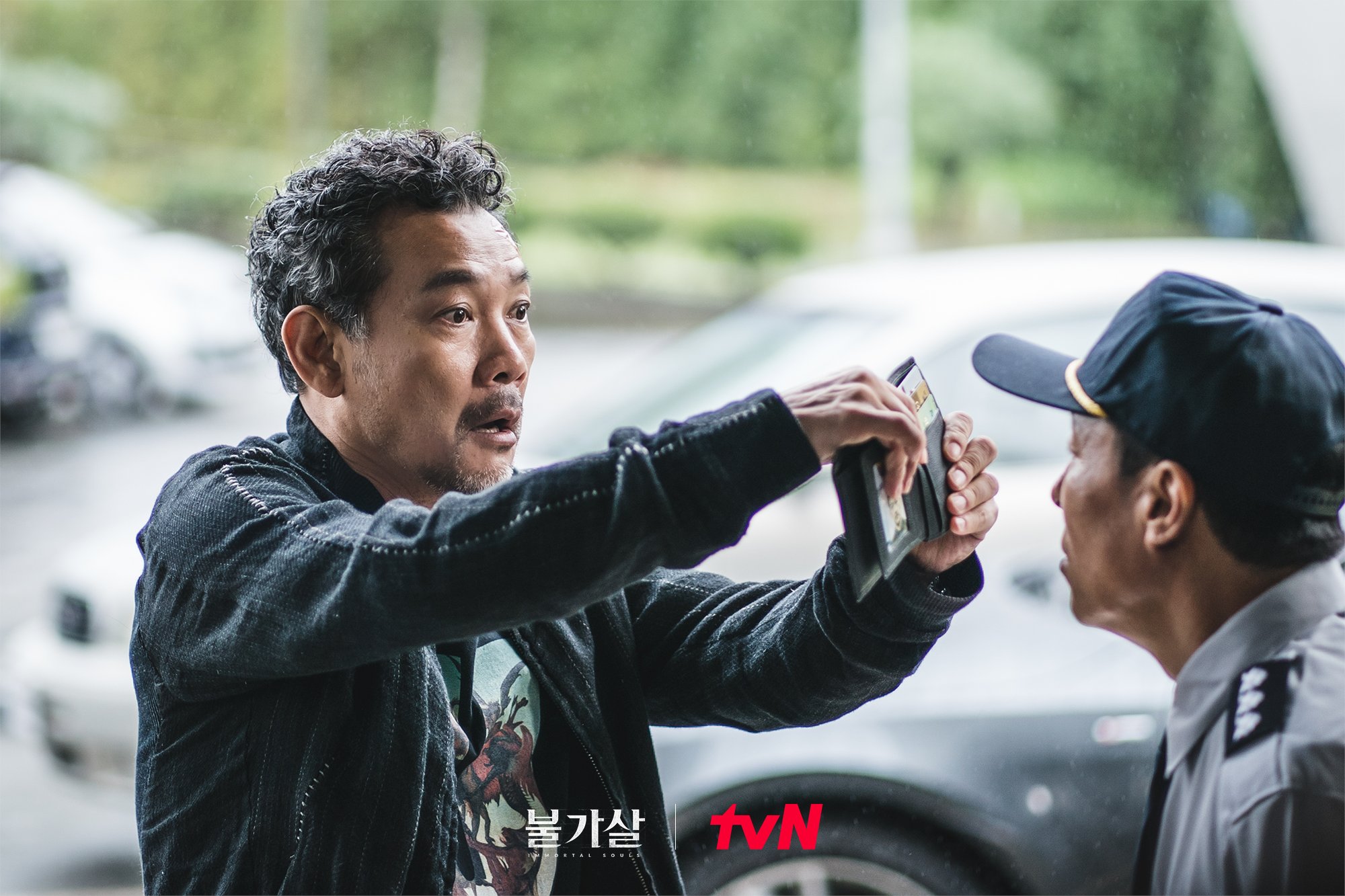