On the January 2 episode of SBS’s “Running Man,” Yoo Jae Suk joined the cast again after his recovery from COVID-19.

Yoo Jae Suk tested positive on December 13 after coming into close contact with a confirmed case. On December 21, he was declared fully recovered and resumed his normal work schedule.

Yoo Jae Suk appeared as a “client” for Jun So Min’s fortunetelling character. She said, “I can see that you got the third shot,” and Yoo Jae Suk confirmed that he had completed his third dose of the COVID-19 vaccine. She then added, “While you were in quarantine, you ate chicken breast sandwiches.” Pretending to be shocked, Yoo Jae Suk revealed, “She called me about every two days.” 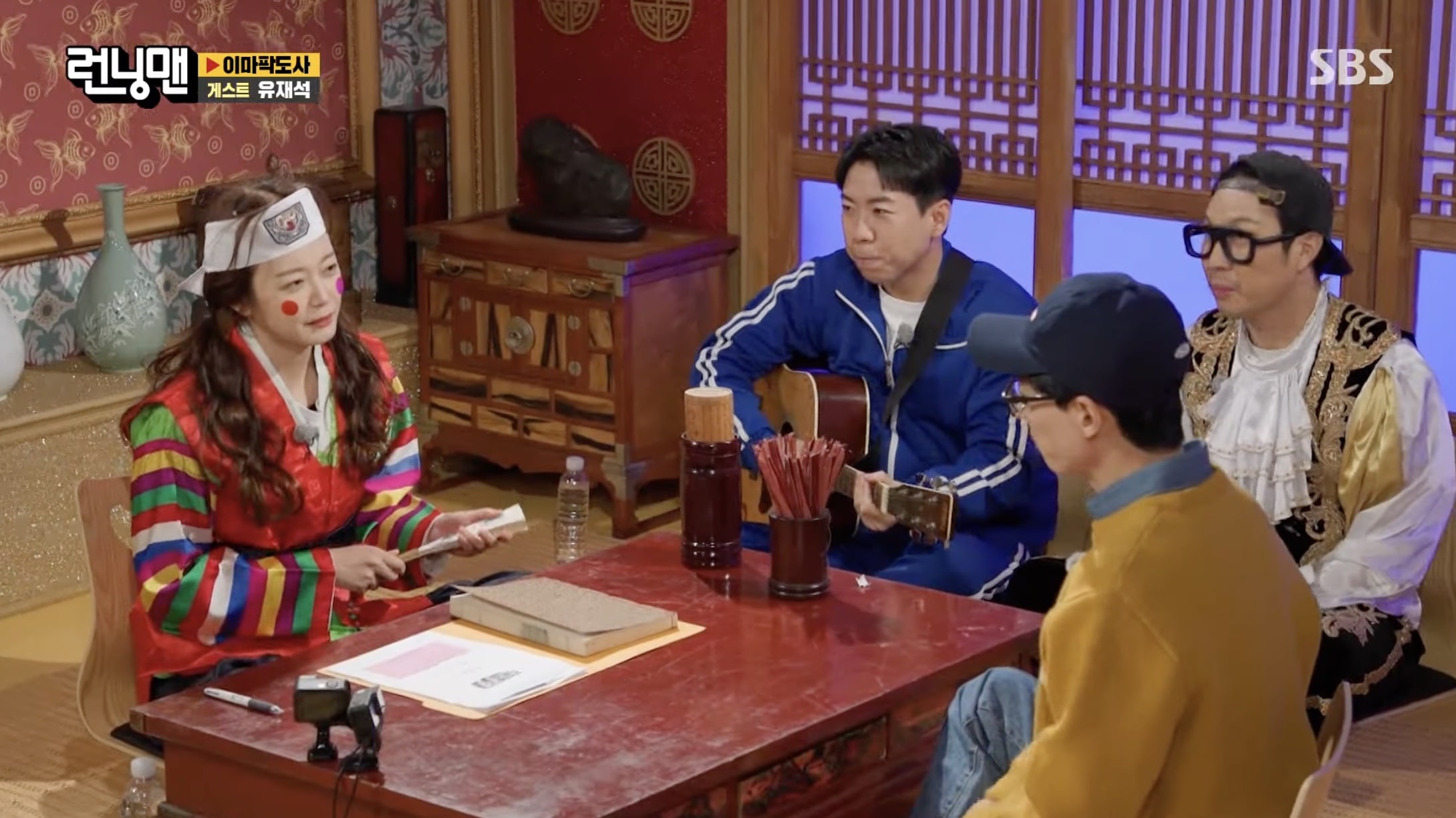 Yang Se Chan and HaHa were curious about Yoo Jae Suk’s daily schedule during isolation for COVID-19, so he said, “I wake up early, so I woke up between 6:30 a.m. to 7 a.m. There were a lot of people I knew who were in self-quarantine, so I would contact them to see how they were doing. After that and a light breakfast, it would be around 9 a.m. Then I’d watch ‘AM Plaza.’ Jo Se Ho would call me around 9:40 a.m. Around 10 a.m., I’d talk to Shin Bong Sun on the phone. At 12 p.m., So Min would call me. I’d be really busy [with calls] until 4 p.m. Around 4 p.m., my throat would grow hoarse from talking.” 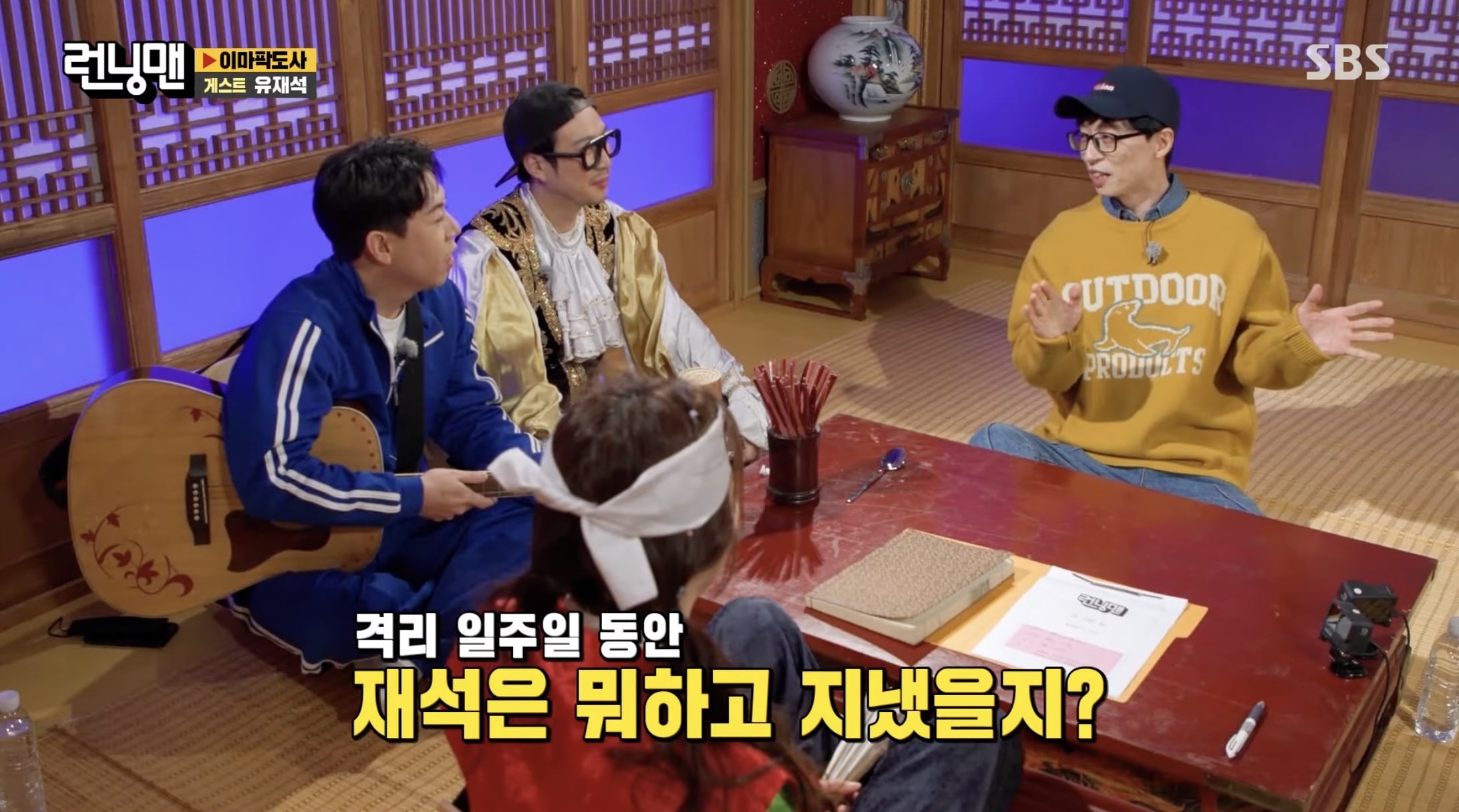 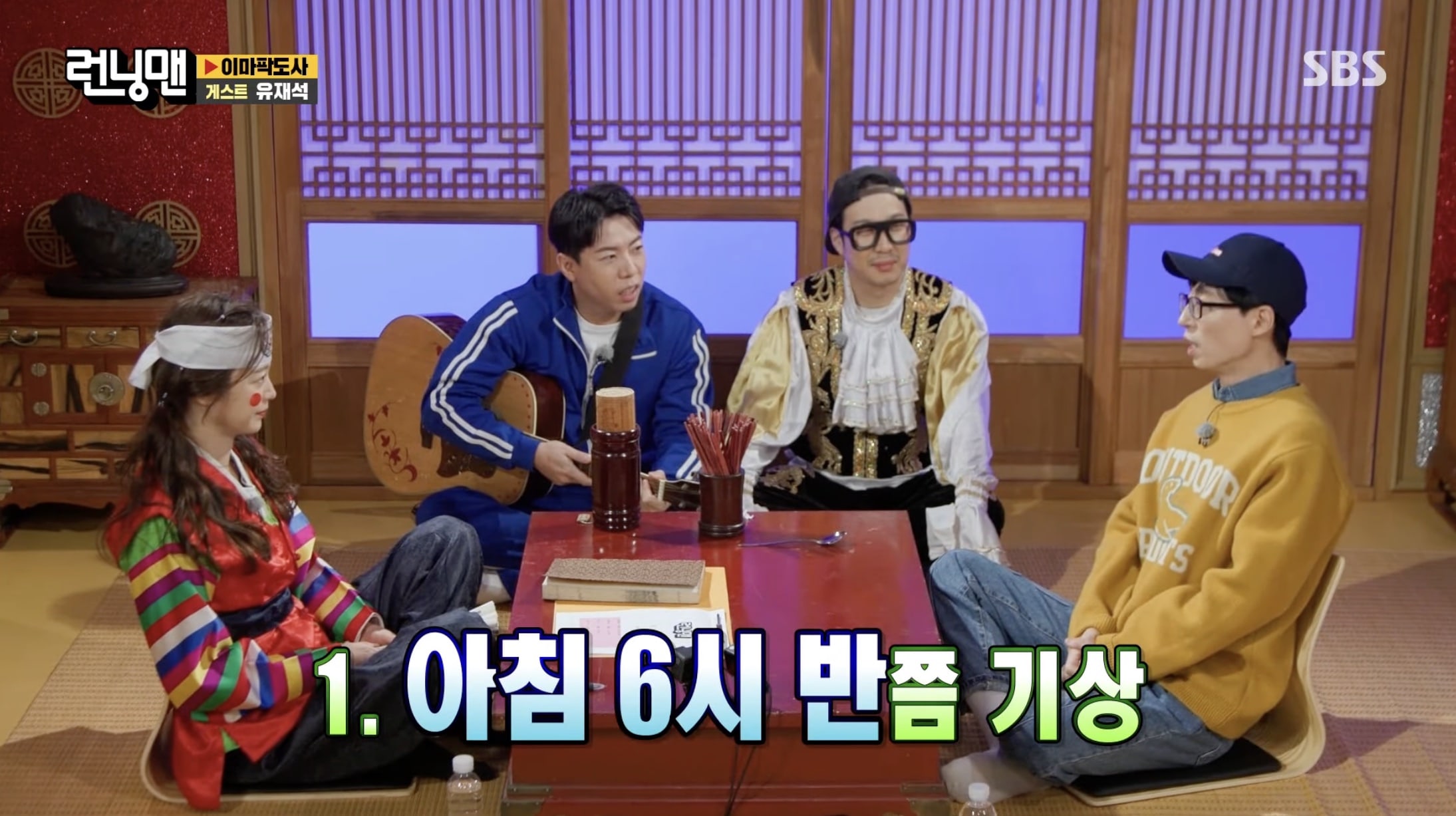 Jun So Min revealed, “When I was on the phone with him, about four calls would come in and be put on hold.”