“Show Window: the Queen’s House” stars Song Yoon Ah as Han Sun Joo, the queen of her picture-perfect family; Lee Sung Jae as Shin Myung Seob, her seemingly devoted husband; Jun So Min as Yoon Mi Ra, who befriends Han Sun Joo while having an affair with Shin Myung Seob behind her back; and Chansung as Han Jung Won, Han Sun Joo’s brother.

In the new stills, Han Sun Joo appears in conflict with Han Jung Won and Cha Young Hoon. The brother and sister are no longer affectionate, instead confronting each other with cold expressions. Han Sun Joo is deeply upset with Cha Young Hoon, as the only friend to whom she told everything, but his response is hard to read. 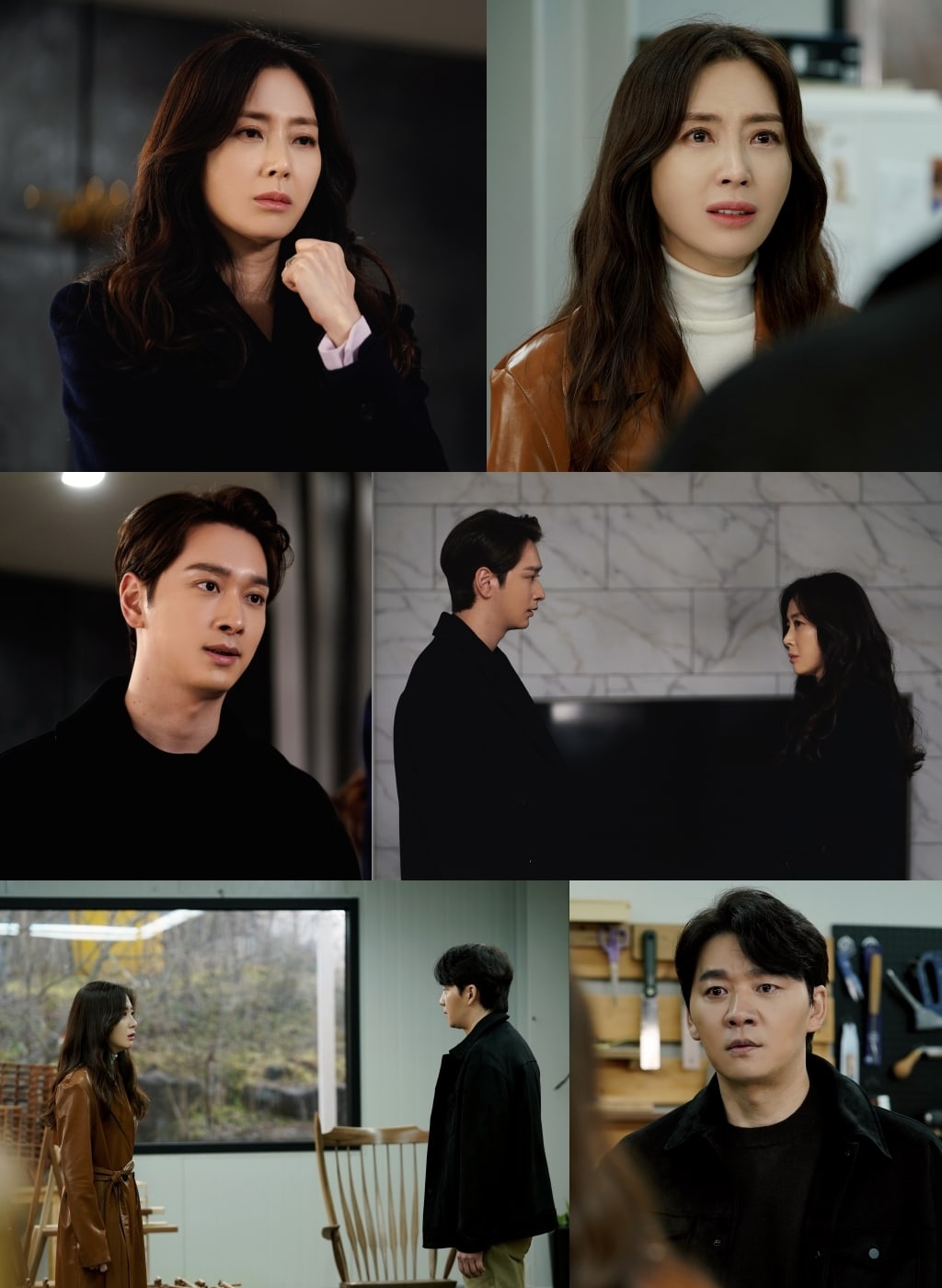