ENHYPEN Talks About What They Look Forward To In The New Year, Their Hidden Charms, And More

ENHYPEN recently participated in a pictorial and interview for @star1 magazine!

Coming together on Mnet’s reality show, “I-LAND,” the group has passed their one-year mark since their debut and has been growing as one of the most globally recognized groups, ranking at No. 11 on Billboard’s famous Top 200 Albums chart, winning several rookie awards, and more. The group has continued to show tremendous growth since debuting with their first mini album “BORDER: DAY ONE.” With their second mini album “BORDER : CARNIVAL,” the members incorporated their own stories and emotions in their title track, “Drunk-Dazed.” They also became a million-seller group with their album “DIMENSION : DILEMMA.” 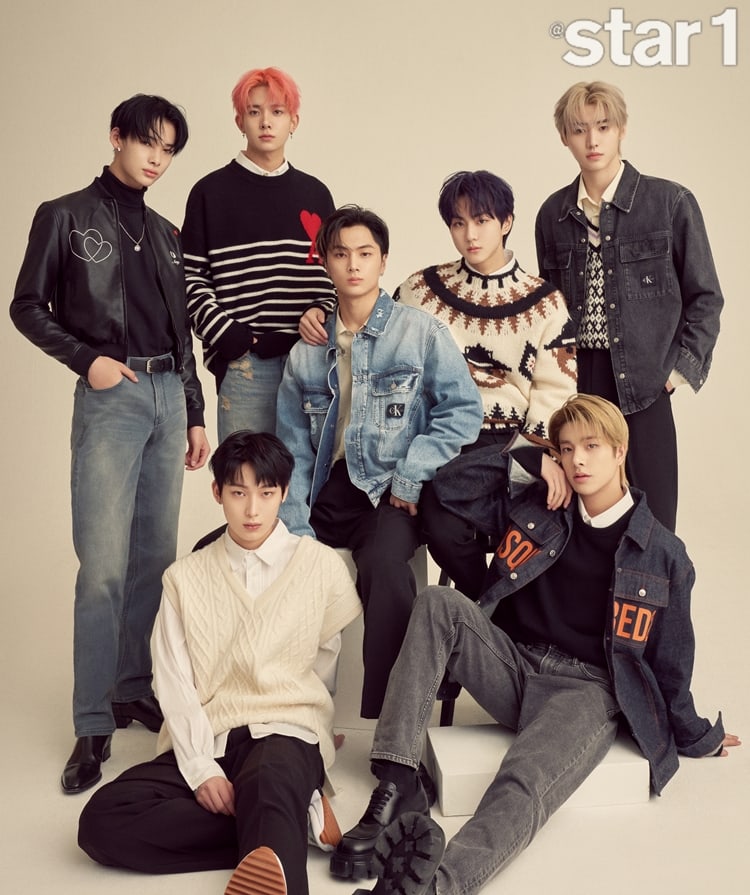 The members expressed their excitement about their future. Jungwon said, “I didn’t know that time would pass by this fast. They say that time feels like it goes by faster as it goes on. Since one year went by so quickly, the thought of time going by even faster made me feel excited, but also scared. That’s why I was able to think more deeply about the last year we spent together.”

Jay said, “We recently had a fan meeting. Our fans talked about our first debut anniversary a lot, and we were grateful to be able to spend our first anniversary meaningfully with our fans.”

Jake responded, “We released a lot of albums during the last year and grew a lot. There’s still a lot to show with our diverse characteristics. I want to spend lots of time with ENGENE in the future.”

When asked about the elements added to bring out the story behind their title track, “Tamed-Dashed,” Ni-ki said, “We’ve shown a lot of dark concepts in the past. In this album, we tried to portray the image of a late summer breeze that’s refreshing. We practiced smiling a lot on stage and having fun.”

Connecting the meaning behind “Tamed-Dashed” of being trapped in a dilemma, Sunghoon said, “I’m trapped in a dilemma every time. Things like if I should eat steak or pasta, or if I should buy a brown coat or a black coat. I’m stuck in a dilemma about these little things all day long. I ask for my members’ opinions to get out of the dilemma. If I get into more serious issues, I think a lot about the concerns I have when it comes to the dilemma between the loved idol that I am and the person I am offstage, free from the public eye.”

Talking about their strengths as a group, Jake said, “I think our biggest strength is that we are a global group that has members from different countries and have members who can speak English and Japanese. We also have great chemistry, and we’re all ambitious and passionate when it comes to being on stage.”

Sunoo also humorously added, “Not only can we all sing and dance, but we all look great as well. We’re all visual members!” 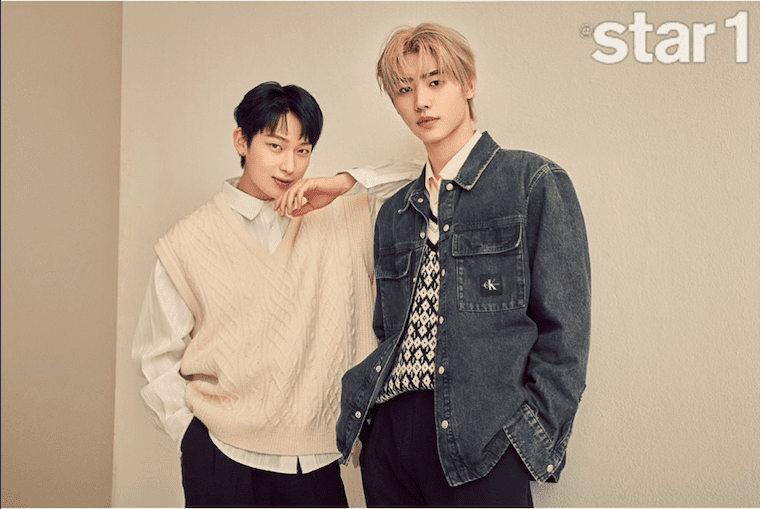 Heeseung added, “I think our musicality is unique as well. Our concepts can be interpreted in different ways, so I think that’s a fun component that we have.”

The members also revealed each other’s hidden charms. Sunoo said, “I think people get high school movie vibes from Jake since he’s from Australia, but that’s not completely true. He really likes Korean food, so I feel very close to him.” Sunghoon jokingly added, “It’s kind of like how he looks like he only eats bread, but he actually likes cabbage soup.”

Jake complimented Heeseung, saying, “Heeseung has a great voice. He even sings great with this voice, so I hope people will recognize this about him more. He’s a man with sexy vocal cords.”

Heeseung continued on the chain of compliments saying, “Jungwon looks cute, but he’s also a great guy as well. He takes care of the members a lot and checks in on us if we don’t look too well.” 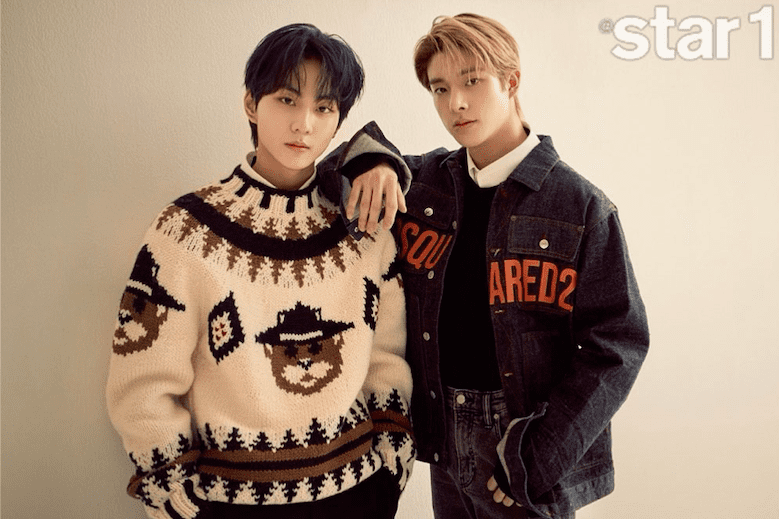 Jungwon said, “Ni-ki is the youngest and looks cute, but he shines on stage. The contrast between him onstage and offstage gives me goosebumps sometimes. That switch is his charming point.” Ni-ki said, “Sunghoon seems chic and mature, but he’s also fun and energetic when we’re together at our dorm.”

Sunghoon continued, “I think people might think that Jay seems strong and hard to approach, but he has a warm heart and is quite the softie. He cries a lot and gets emotional the most.” Jay added, “Sunoo’s face gets really red when he says something, and I think that’s really cute. That’s how pure he is.” 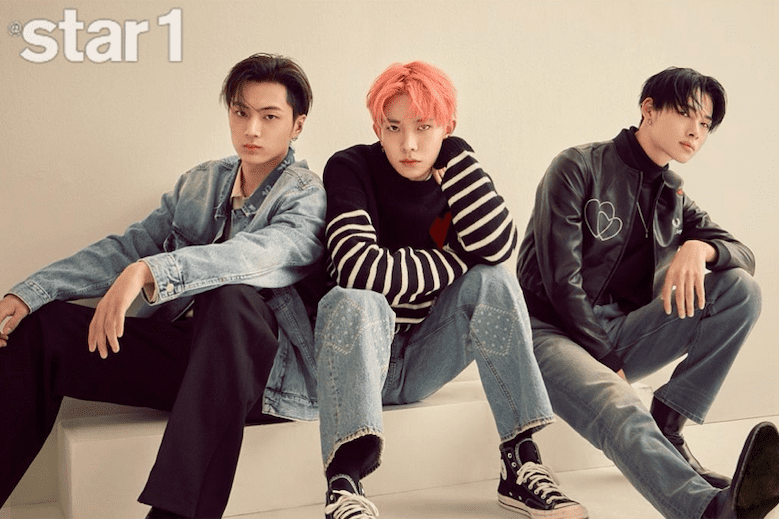 When asked about some of the things they learned from being a part of a big label, Jake said, “I’m honored to be able to be a part of a label with amazing senior artists. There’s so much to learn from them.” Sunghoon also added, “When we run into them and ask questions, they answer us in great depth. Recently, I asked TXT‘s Soobin about an MC audition, and I learned a lot from him.”

Finally, the members shared their plans for the new year.

Sunoo said, “I’m turning 20 (by Korean reckoning) this year, so I want to start the new year with a new mindset. I also hope that ENHYPEN will grow further and be recognized.”

Jake added, “I want us to hold our place as a group with our own colors with a performance that establishes that.”

Heeseung said, “I hope that the situation becomes better in 2022 so that we can connect with our fans more. I also really want to attend the Billboard Music Awards.”

Jungwon said, “I hope none of us gets hurt while practicing or performing.”

Ni-ki added, “We’re just starting out as a group. I hope that our group will become more well-known, and I also hope that we take this time to develop our skills as well.”

Sunghoon said, “I agree with what the members said. I really hope we become more recognized, and I also hope that all of us become even more amazing.”

Jay said, “Health is the most important thing, like Jungwon said. I personally hope that we become acknowledged as idols who are great with live performances.”

Closing off the interview with a message for ENGENE, Ni-ki said, “Please look forward to our success.”

Sunghoon added, “We were able to debut because of ENGENE and were able to accomplish great things in the last year, so I want to thank you. Please look forward to our growth as a group.”

Heeseung said, “I think we worked hard to come this far. Please look forward to our upcoming album.” 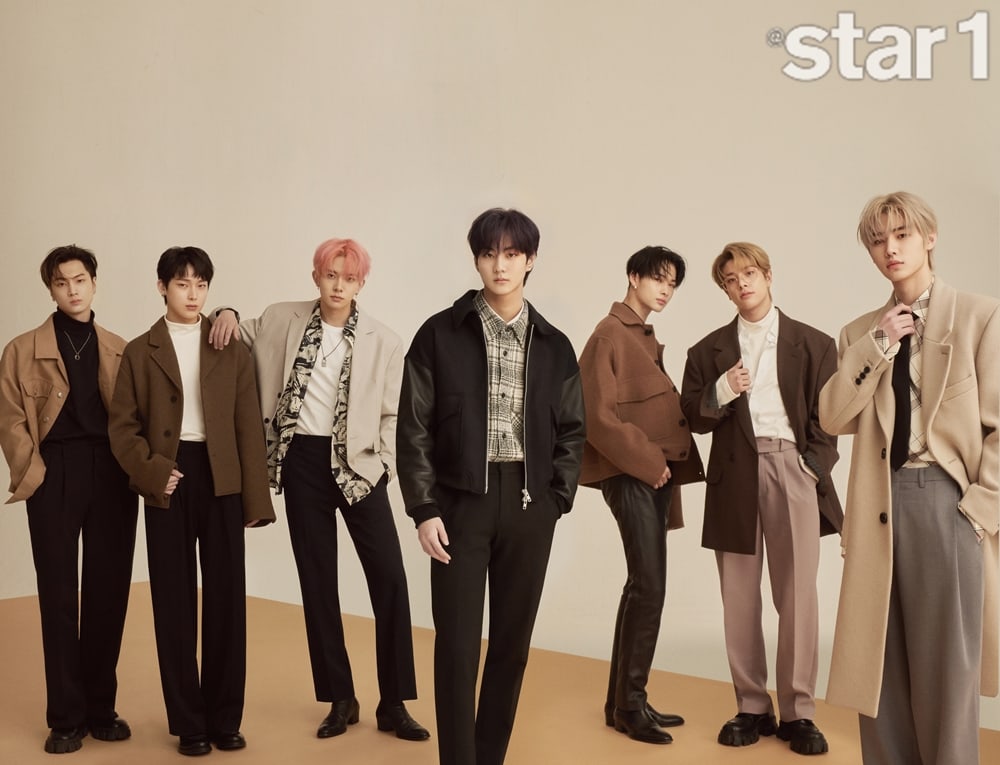 @star1
ENHYPEN
How does this article make you feel?