Get ready for siblings Song Yoon Ah and 2PM’s Chansung to strike back on “Show Window: The Queen’s House”!

“Show Window: The Queen’s House” is a drama starring Song Yoon Ah as Han Sun Joo, the queen of her seemingly picture-perfect family, and Lee Sung Jae as Shin Myung Seob, her deceiving, two-faced husband. Jun So Min stars as Yoon Mi Ra, who befriends Han Sun Joo while secretly carrying on an affair with her husband behind her back, and Chansung plays Han Jung Won, Han Sun Joo’s devoted brother.

Previously on “Show Window: The Queen’s House,” Shin Myung Seob attempted to create a rift between half-siblings Han Sun Joo and Han Jung Won by bringing the latter’s biological mother back into the picture. He then tried to tempt Han Jung Won over to his side as he plotted to take down his wife and mother-in-law.

While Han Jung Won pretended to have been persuaded by his brother-in-law, giving Han Sun Joo the shock of her life when he acted like he’d betrayed her, she finally figured out in the latest episode of the drama that he had been faking switching sides in order to figure out what Shin Myung Seob was up to and protect his sister. Knowing that in order to properly deceive Shin Myung Seob, he would have to fool Han Sun Joo as well, he fully committed to the act and successfully won the trust of his duplicitous brother-in-law.

Now that Han Sun Joo is also in on Han Jung Won’s plan, he can finally begin his work as a double agent in earnest. In newly released stills from the drama’s next episode, the two siblings secretly meet up to plan their counterattack as LaReine facing its biggest crisis since the company’s founding. With Shin Myung Seob plotting a hostile takeover of LaReine and their mother wrongfully framed for illegal political contributions, Han Sun Joo and Han Jung Won have their work cut out for them. However, they have one advantage: Shin Myung Seob doesn’t yet know that Han Jung Won is a spy keeping an eye on his every move. 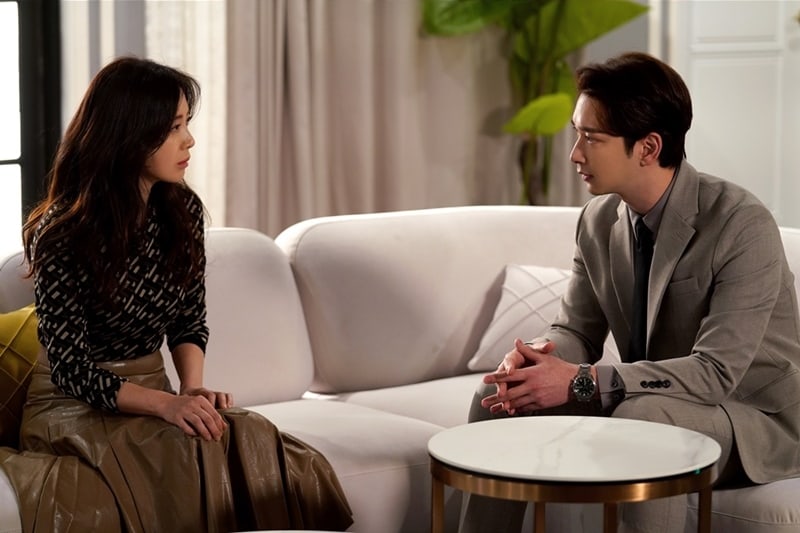 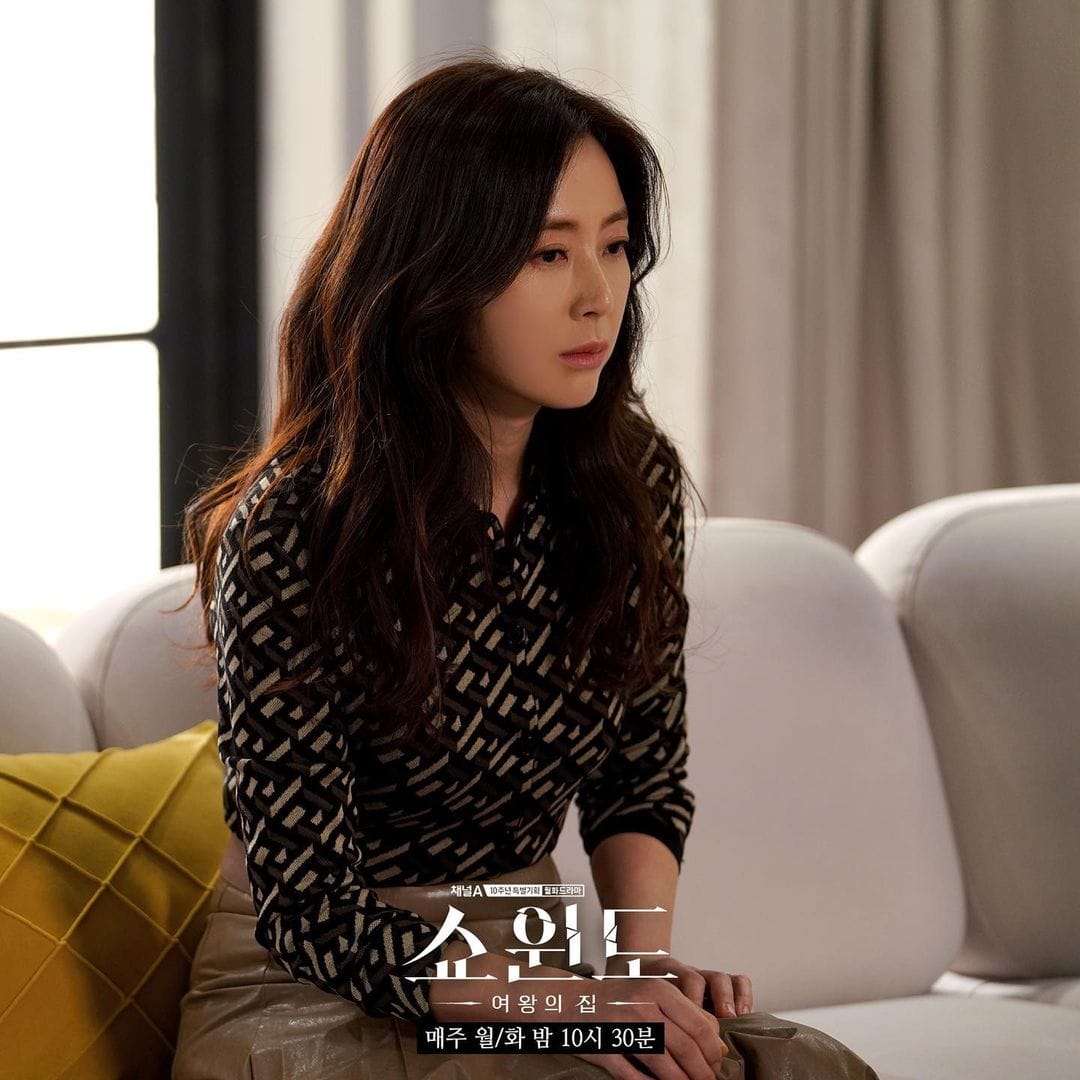 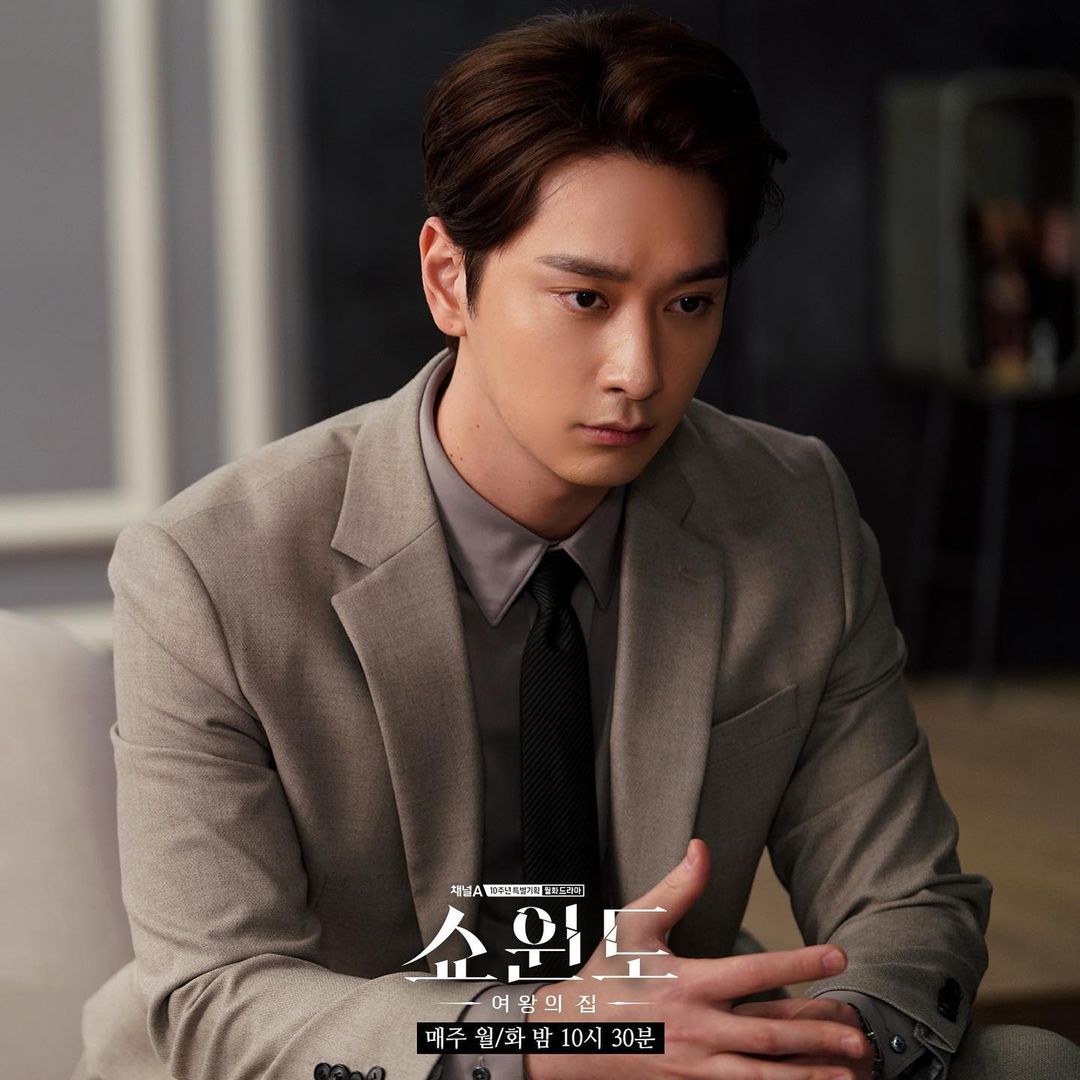 To find out what steps Han Sun Joo will take as she begins to fight back against her husband, tune in to the next episode of “Show Window: The Queen’s House” on January 4 at 10:30 p.m. KST!