Get ready for some heart-fluttering moments in the next episode of “School 2021”!

Previously, Gong Ki Joon (WEi’s Kim Yo Han) grew empty and despondent due to the sudden death of his one and only family member Gong Young Soo (Park In Hwan). Jin Ji Won (Cho Yi Hyun) stayed by his side and comforted him, saying, “If we want to cry, let’s cry, and let’s miss your grandfather as much as we want.”

The newly released stills depict Gong Ki Joon and Jin Ji Won going on a sweet date. The two enjoy a late night snack and chat about different topics. The thought of Gong Young Soo, however, makes Jin Ji Won shed tears, and Gong Ki Joon warmly wipes them away. In one photo, Gong Ki Joon embraces Jin Ji Won tightly, and she comfortably holds onto him, hinting their romance will deepen in the upcoming episodes. 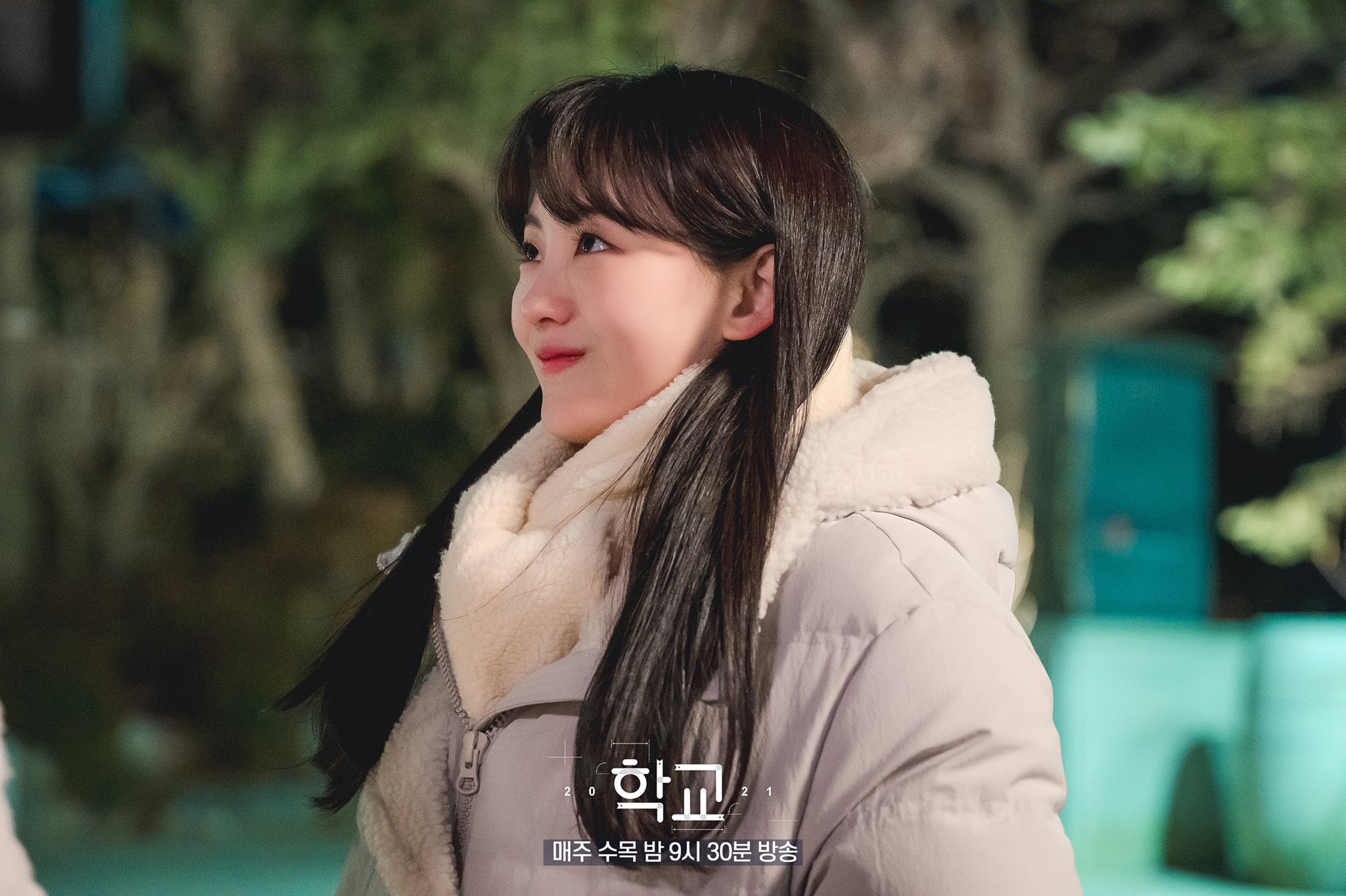 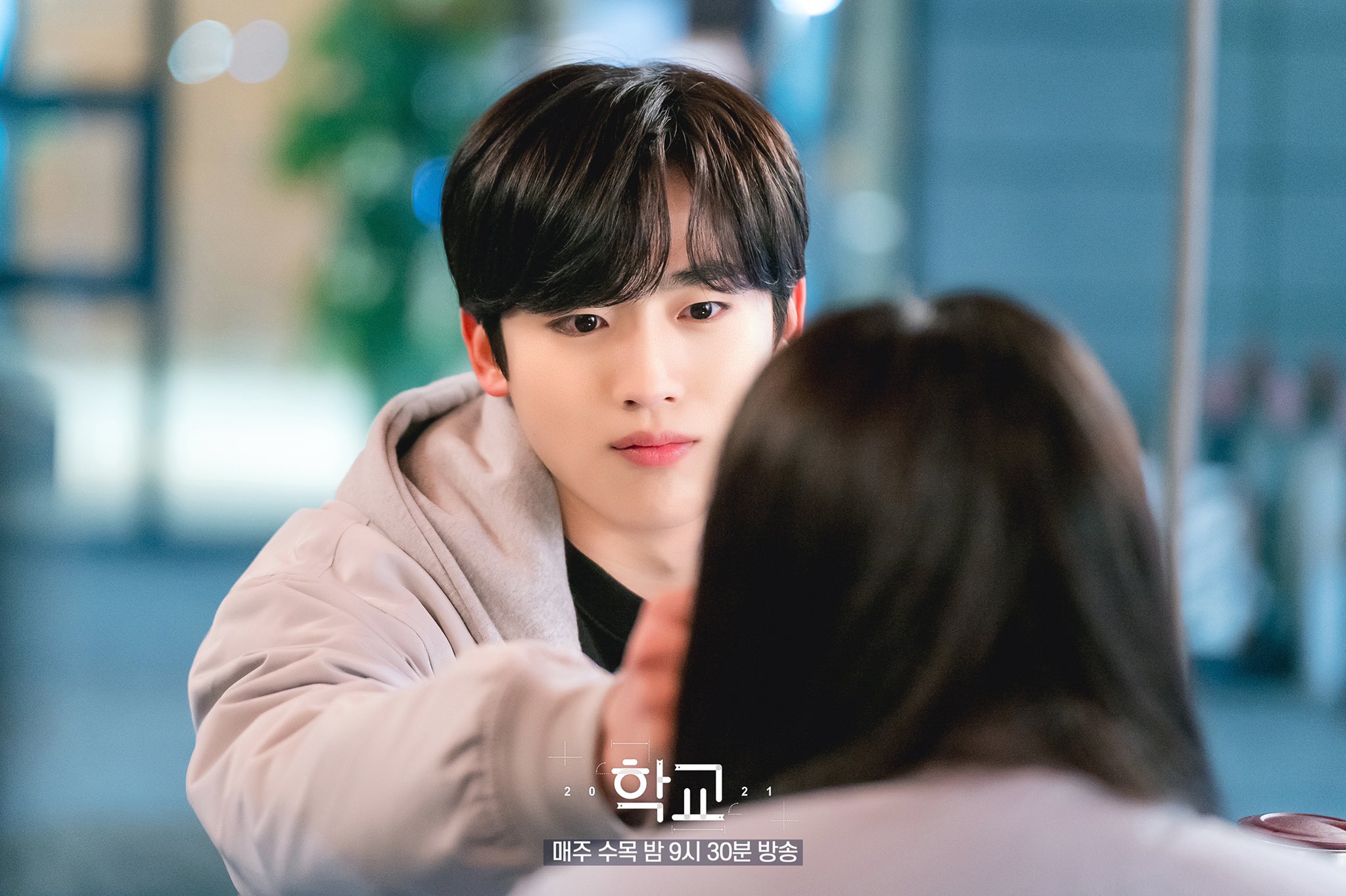 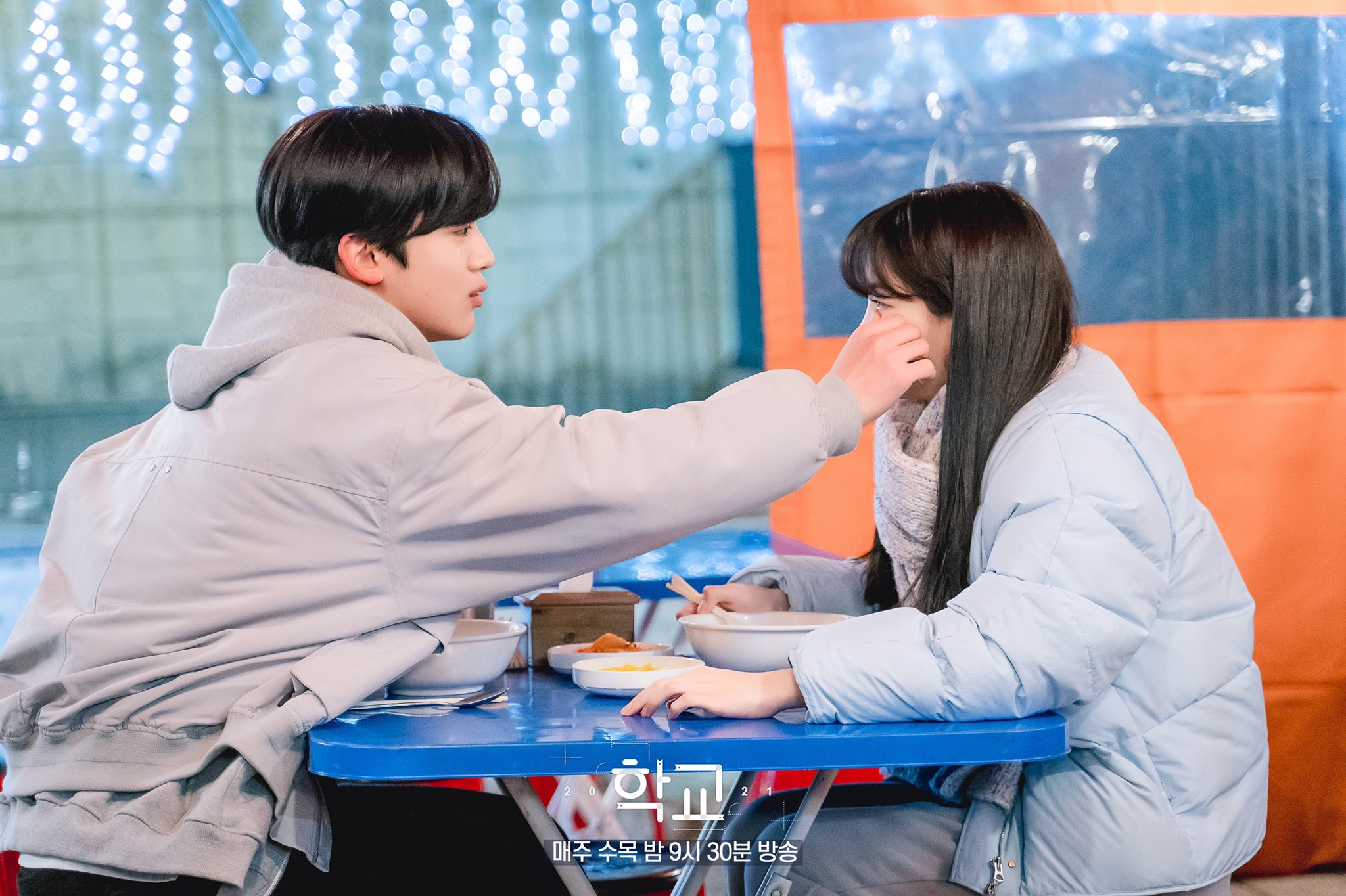 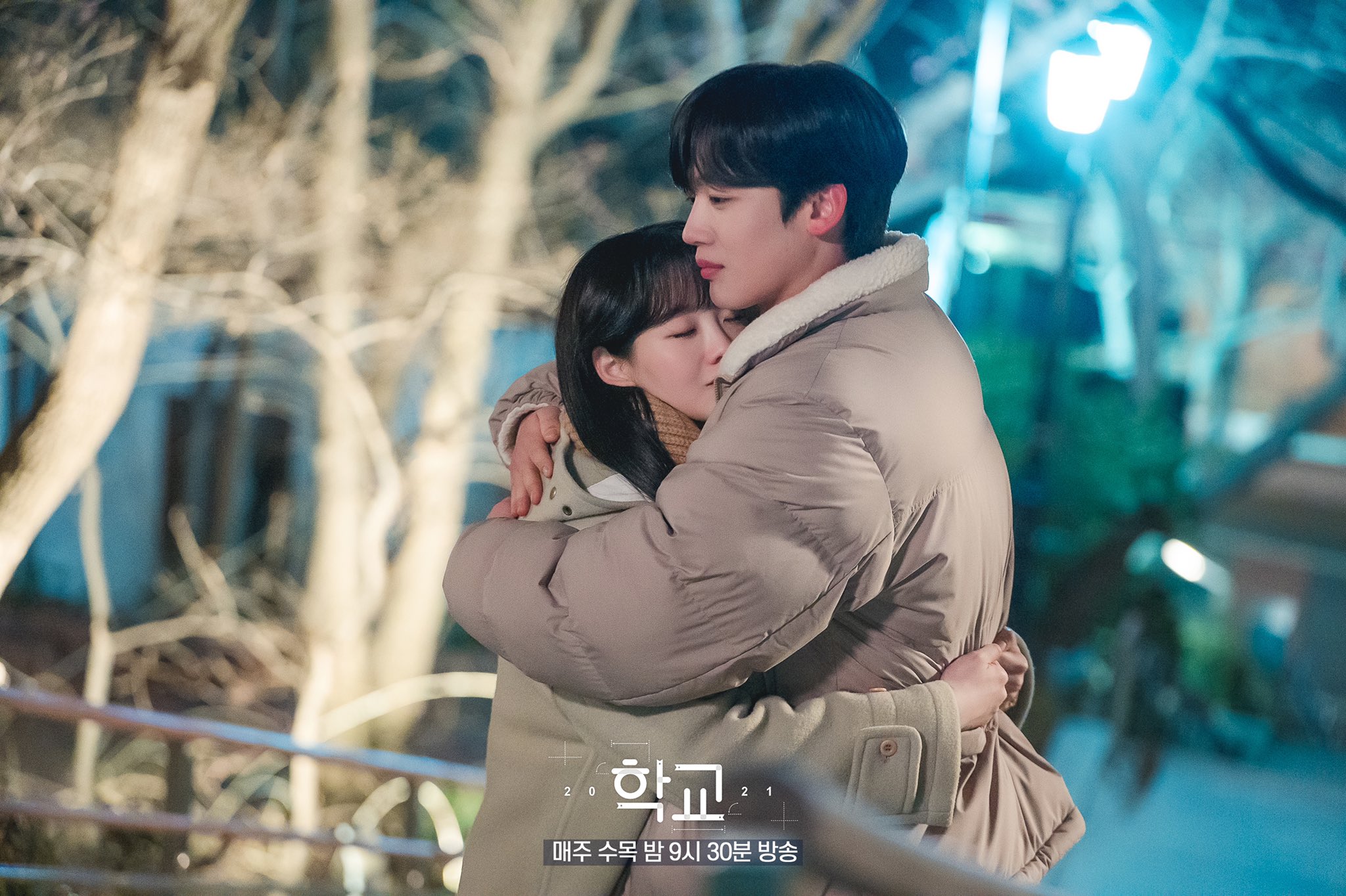 The production team asked viewers to look forward to Gong Ki Joon and Jin Ji Won’s sweet moments, saying, “Today’s broadcast will depict their romance as they comfort one another and become more affectionate with each other. Their physical affection that is deepening day by day will also stimulate the viewers’ excitement cells.”

Kim Yo Han
Cho Yi Hyun
WEi
School 2021
How does this article make you feel?