MBC’s “The Red Sleeve” has shared a look behind the scenes of episodes 16 and 17!

The final episode aired on January 1, but the drama shared a making-of clip for the viewers who enjoyed 2PM Lee Junho and Lee Se Young’s exquisite chemistry.

The video starts with the staff members cheering as Lee Se Young comes to the set in a beautiful hanbok (traditional Korean clothing) instead of her usual court lady’s dress. She jokes, “I have become a concubine! I have finally become a concubine!” The director quips, “You did it, Deok Im (Lee Se Young’s character name)!”

In another clip, Lee Junho and Lee Se Young are lying side by side as they get ready to film the next scene. He comments,” The weather is cold,” and she adds, “But we weren’t cold, right? Because we had love!” Lee Junho bursts into laughter as Lee Se Young ducks under the blanket with an embarrassed giggle. Lee Junho copies her by ducking under the covers as well. 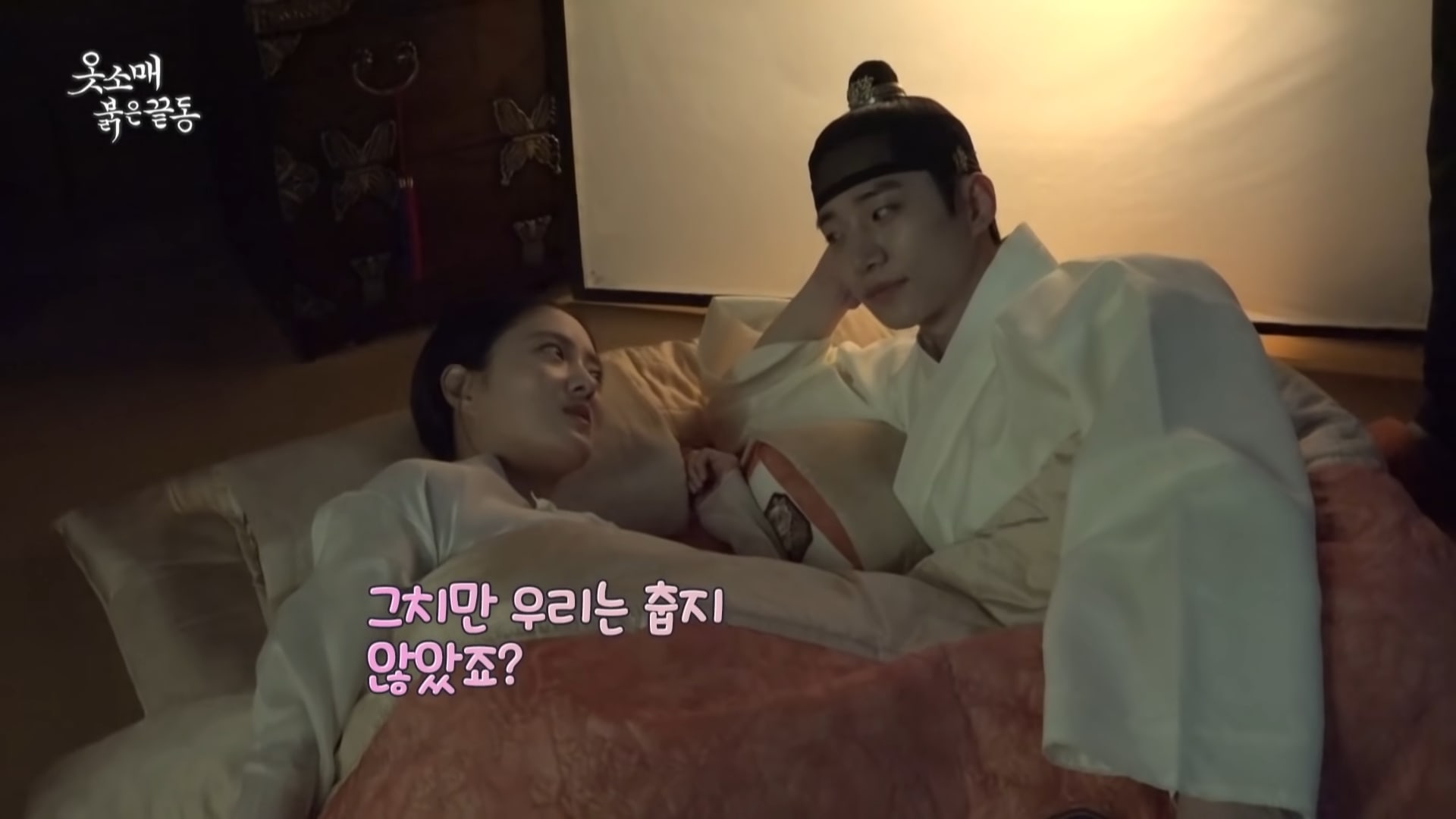 Next, the two actors film outdoors for the decisive moment when Seong Deok Im stops Yi San (Lee Junho’s character) from leaving. Lee Junho expresses his great liking for the scene, and they go over each and every detail with the director. Lee Se Young says, “I can’t grab you like the way you grab me, but I’ll do it lightly.” Lee Junho looks touched as he comments, “It’s the first time [she’s grabbed me]. I’m suddenly trembling. My heart dropped all the way to the bottom.”

During break, Lee Se Young films Lee Junho, and she asks him, “Aren’t you cold?” He sweetly replies no and explains, it’s because he’s filming with her. Then she asks him if he’s having a hard time, and he answers, “No. Because I’m with Deok Im.” Lee Se Young remarks, “I apologize for not being able to capture all of your handsomeness,” and Lee Junho quips, “Usually, you get a good angle if you have affection for the other person. Just look at her. She’s filming however she wants, right?” 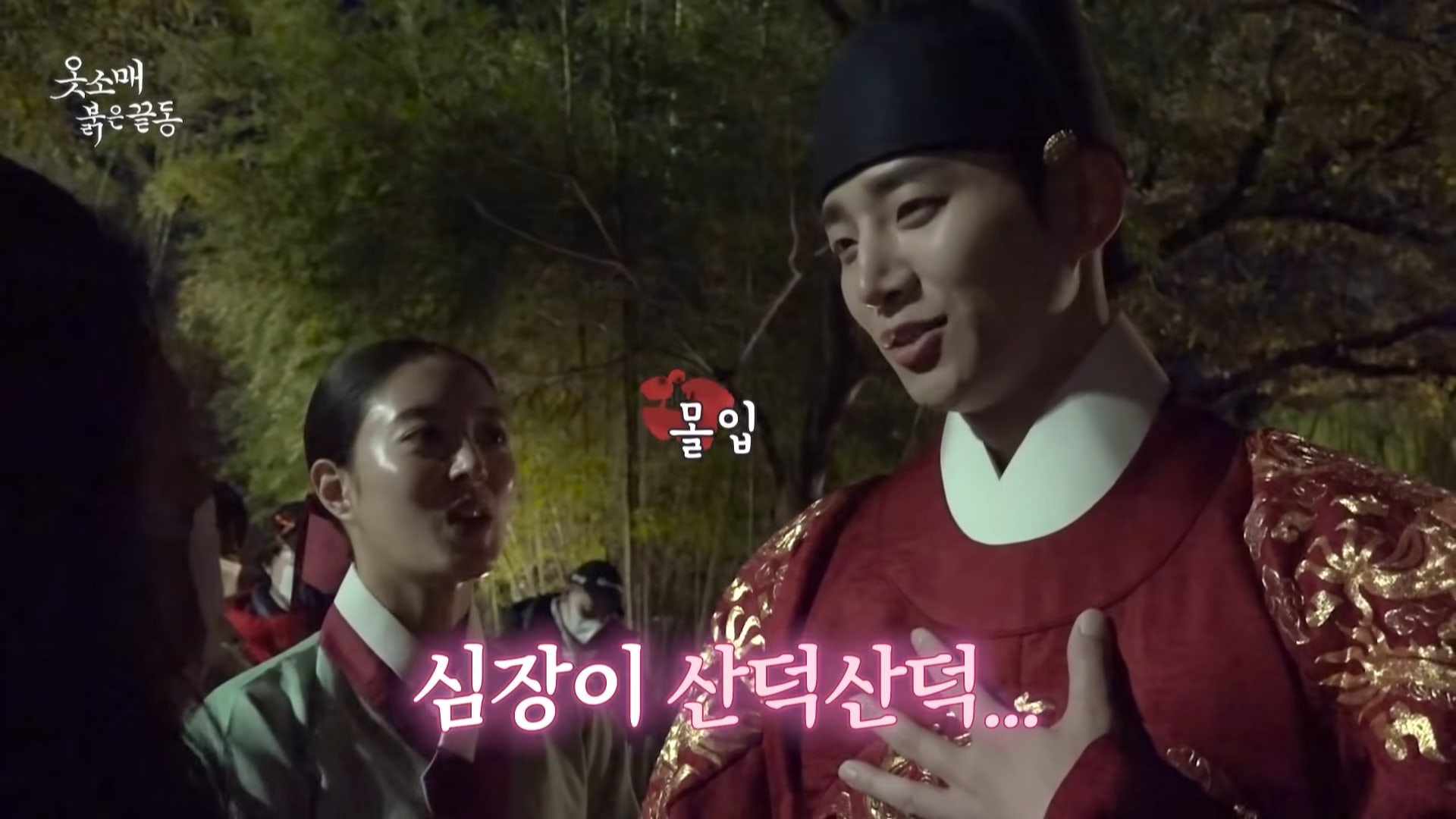 Then Lee Se Young and Lee Junho prepare for the scene where they share the dumplings she made. They check the food, and the director lets him know they’re supposed to taste horrible. A staff member lets them know that they purposely made inedible dumplings, and Lee Junho’s face shadows with worry. He jokes, “I’ll just act [like they taste bad]. Please let me act.” 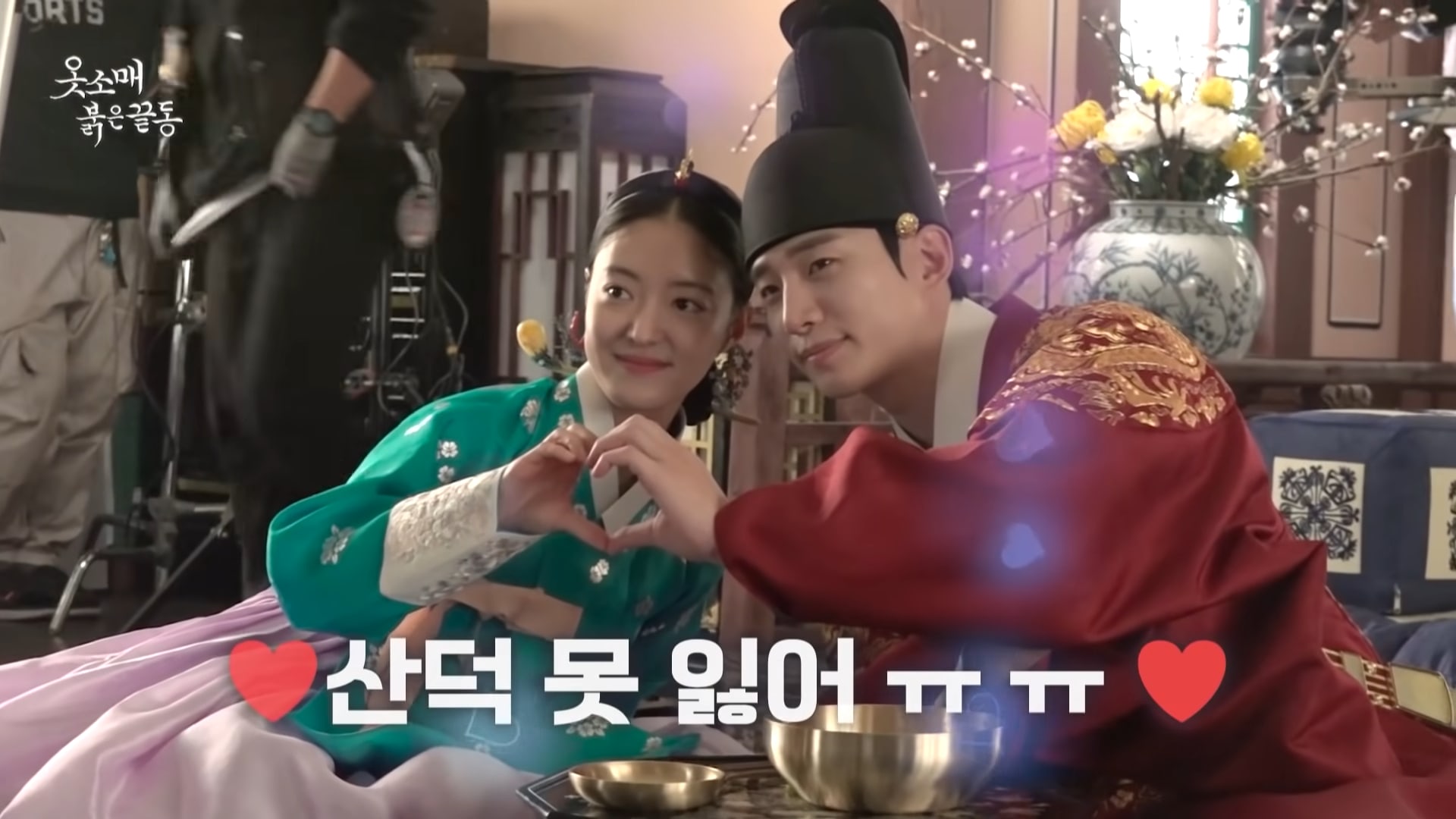 As the drama approaches the ending, the two actors have to face multiple sorrowful scenes. They try their best to be cheerful though and lighten up the heavy mood. When they have to film the scene where Seong Deok Im is on her deathbed, Lee Junho jokes by putting a finger under her nose to check if she’s breathing. Lee Se Young advises he should tickle her, and when he does, she pretends to jolt awake, and he kids, “You’re up. Good. You can’t go yet.”

Lee Se Young and Lee Junho gather outside for the ending scene, and she can’t stop tearing up. He attempts to cheer up his co-star with jokes, and he successfully makes her laugh. To get rid of their sadness, they start dancing comically. They face each other to start filming, but she starts crying, and he grasps her shoulders as he says, “Don’t cry! I said, don’t cry!” 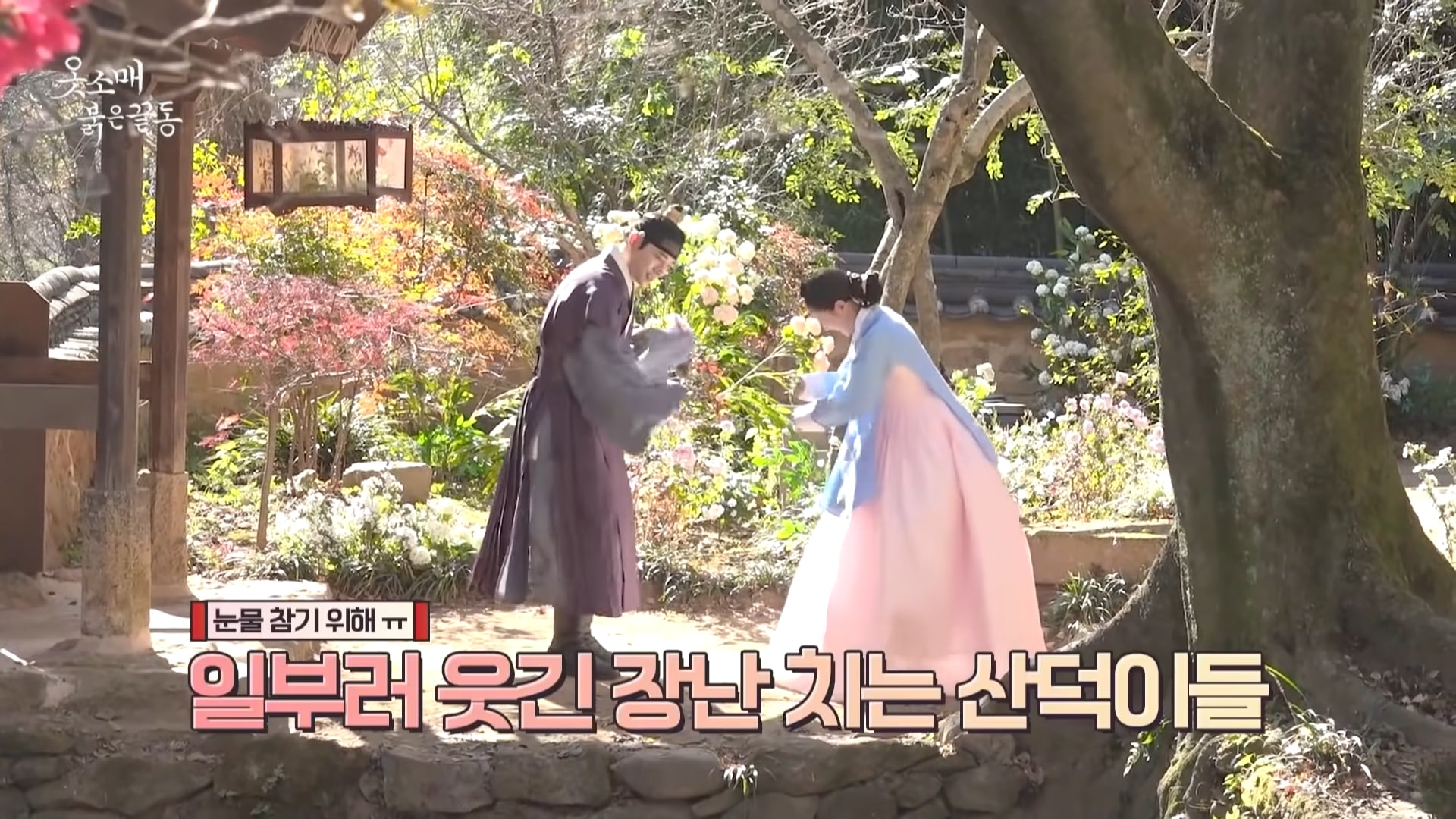