2PM’s Lee Junho Discusses Potential To Reunite With Lee Se Young In A Modern-Day Drama, Winning Awards For “The Red Sleeve,” And More

Following the conclusion of MBC’s “The Red Sleeve,” 2PM’s Lee Junho talked about working with Lee Se Young, his reaction to praise and the awards he’s recently won, and more!

“The Red Sleeve” is a historical drama about the imperial romance between crown prince Yi San (Lee Junho), who later becomes emperor, and the strong-willed court lady Seong Deok Im (Lee Se Young). The drama aired its finale on January 1 with its highest viewership ratings yet, reaching an average of 17.4 percent nationwide.

Through online interviews, Lee Junho shared, “I didn’t think that [the drama] could receive so much love. Since I did my best while acting, I couldn’t think about receiving love, and all the actors filmed diligently with a sense of duty to carry the drama well. We all thought it would be best if we found our work fun, so we put our heads together and made our drama. In that aspect, we were able to communicate smoothly, and I figure that the drama’s viewers could feel that affection. I think that’s why we received so much love.” 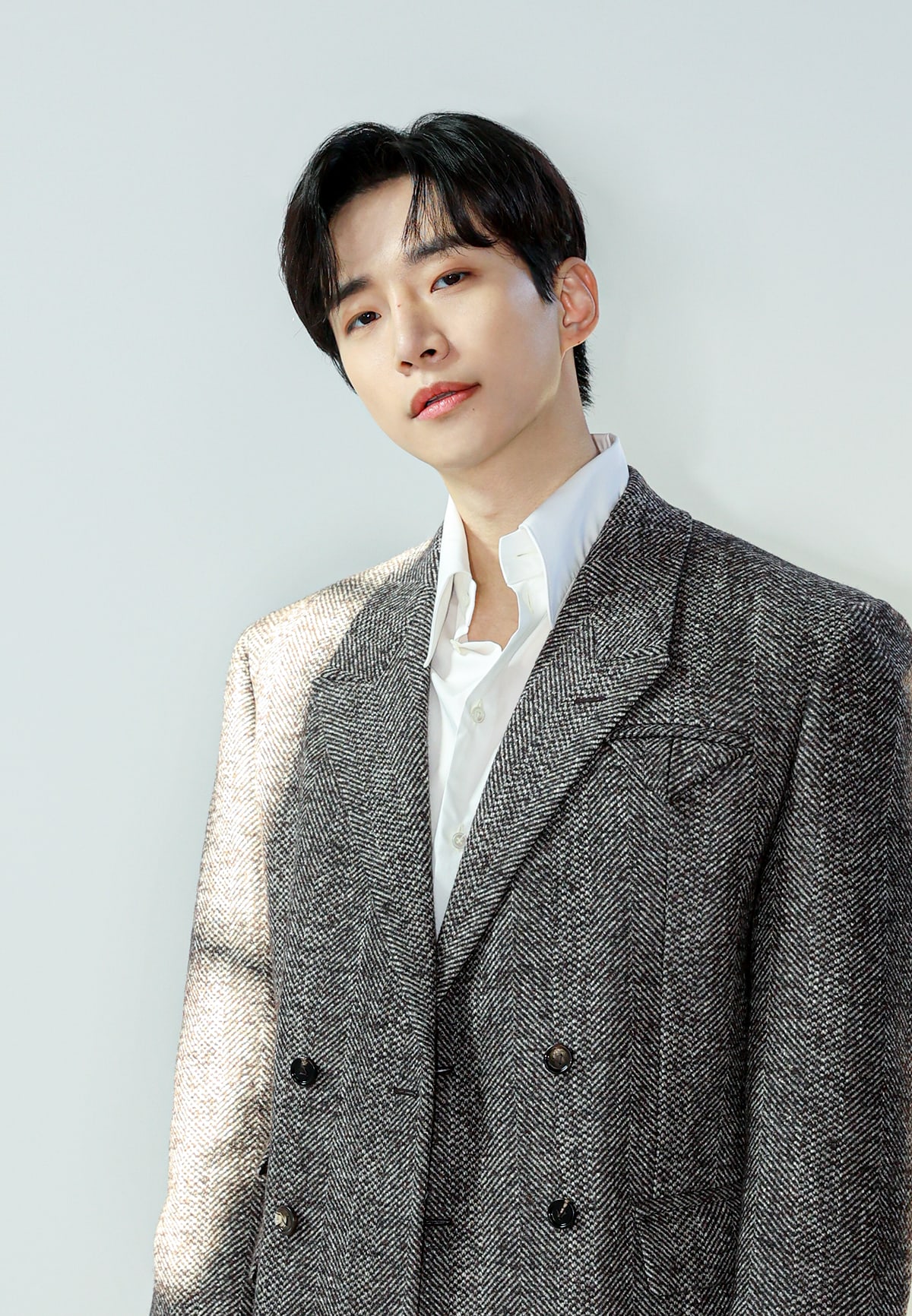 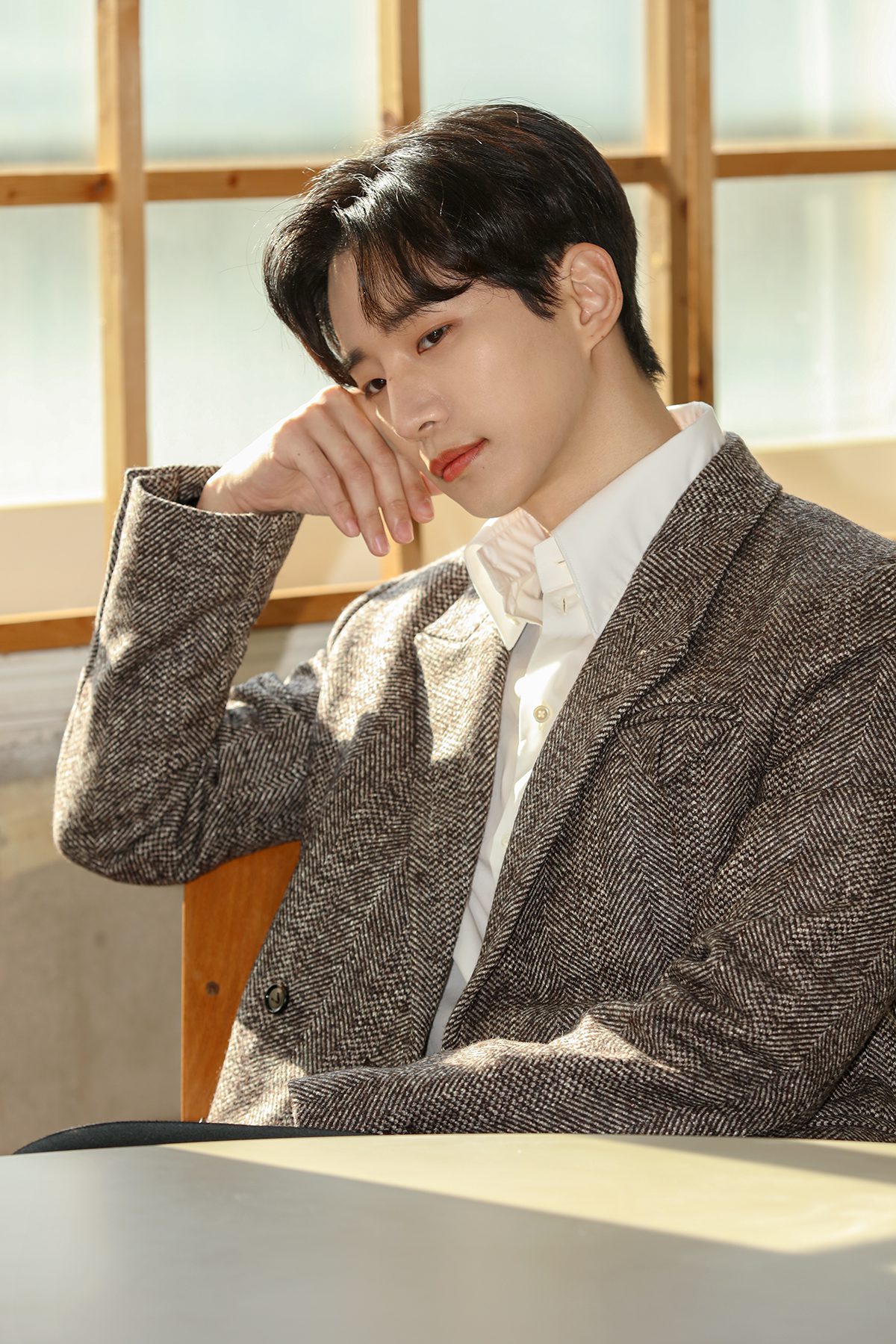 Lee Junho also expressed praise and admiration for his co-star Lee Se Young. He commented, “I was so comfortable on set, and she’s such a lovable and easygoing actress. While we were acting, we could clearly express what we wanted, and she was someone I could comfortably share my opinion with. I think that’s why while we were creating the scenes in this project, our ideas matched up well. Even if we didn’t discuss it, if we said, ‘Let’s try it like this,’ the two of us worked together perfectly, and there were a lot of things we were able to organize just by looking at each other’s gazes.”

Due to their incredible chemistry, viewers have been asking Lee Junho and Lee Se Young to revive their romance in a modern-day drama. Lee Junho commented, “Although we can’t achieve a ‘reincarnation romance’ just from thinking about it, I personally think that after we let ‘The Red Sleeve’ linger for a little longer, I believe an opportunity could arise.”

Lee Junho also touched on their connection, explaining, “Before this drama, I was someone who absolutely never wanted to make bloopers on set. I was someone who didn’t want to allow for a single gap. However, this set was such a comfortable environment that even if I made a blooper, we would comfort each other. I naturally became assimilated with Lee Se Young. We became of strength to each other. [Our chemistry] was really great.” 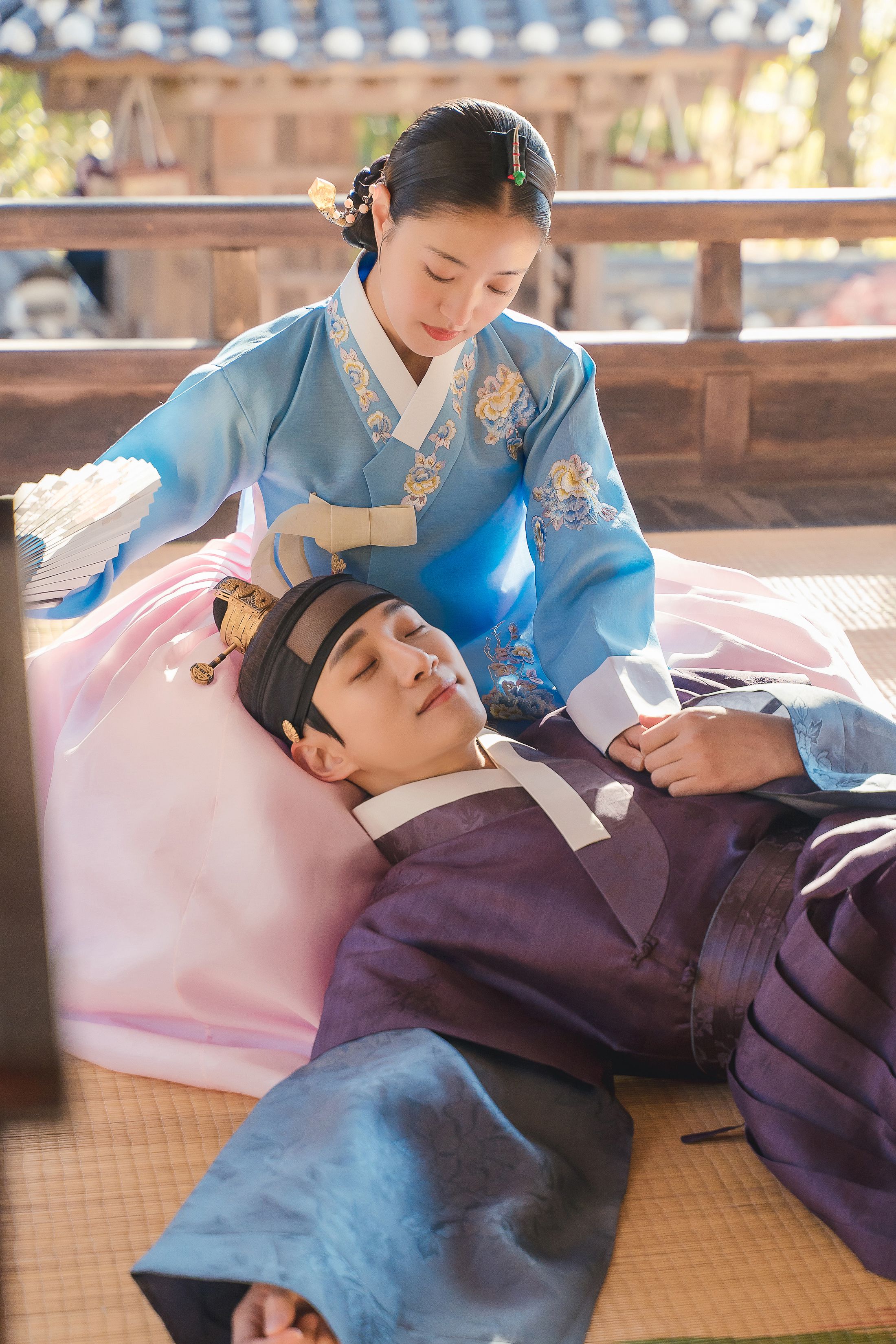 Thanks to his incredible acting, Lee Junho was a crowd favorite to win the Daesang (Grand Prize) at the 2021 MBC Drama Awards. Lee Junho commented, “Since the drama did so well, I was so happy that many people around me were saying and writing that I was a strong contender for the Daesang,” and added, “Something I felt while filming ‘The Red Sleeve’ was that we are all people worthy of receiving a Daesang.”

He continued, “The staff members, director, and actors would enjoyably and comfortably encourage one another and talk about ridiculous things saying ‘Let’s go for the Daesang!’ I am just as happy that ‘The Red Sleeve’ won the Drama of the Year award as I would be if I had won the Daesang. I feel no regret regarding the Daesang, but I’m able to think that I might want to win it next time. Since I’m human, I inevitably want to do that someday.”

Despite not winning the Daesang, Lee Junho still took home two awards at the 2021 MBC Drama Awards: the Top Excellence Award for a Mini-Series and the Best Couple award with Lee Se Young. In addition to Lee Junho’s two awards, “The Red Sleeve” took home a grand total of eight trophies. Lee Junho explained, “At the time of the ceremony, the drama hadn’t concluded yet, so I wasn’t hoping to receive it. I didn’t have high expectations. Despite that, I’m glad I could win such great awards.”

Lee Junho also shared an extension to his acceptance speech, sharing, “Everyone did their best in their positions and was considerate [of each other]. I think that’s why our making-of videos were fun as well. More than anything, the set was so enjoyable. I learned that in order to make a good project, you have to work together with good actors and staff members with an enjoyable atmosphere on set. I felt regretful that I wasn’t able to say all of this [during my acceptance speech].”

The Daesang of the night went to Namgoong Min for his performance in “The Veil,” and Lee Junho talked about his friendship with his “Good Manager” co-star. He commented, “We sent coffee trucks to each other’s drama sets as a show of support.”

Lee Junho elaborated, “Since we normally contact each other often, we sincerely congratulated one another. Namgoong Min said to me, ‘Why are you so good?’ so I was really happy. As so many people said I was a strong Daesang contender alongside my amazing senior, I was as happy as I would’ve been if I had won the award.” 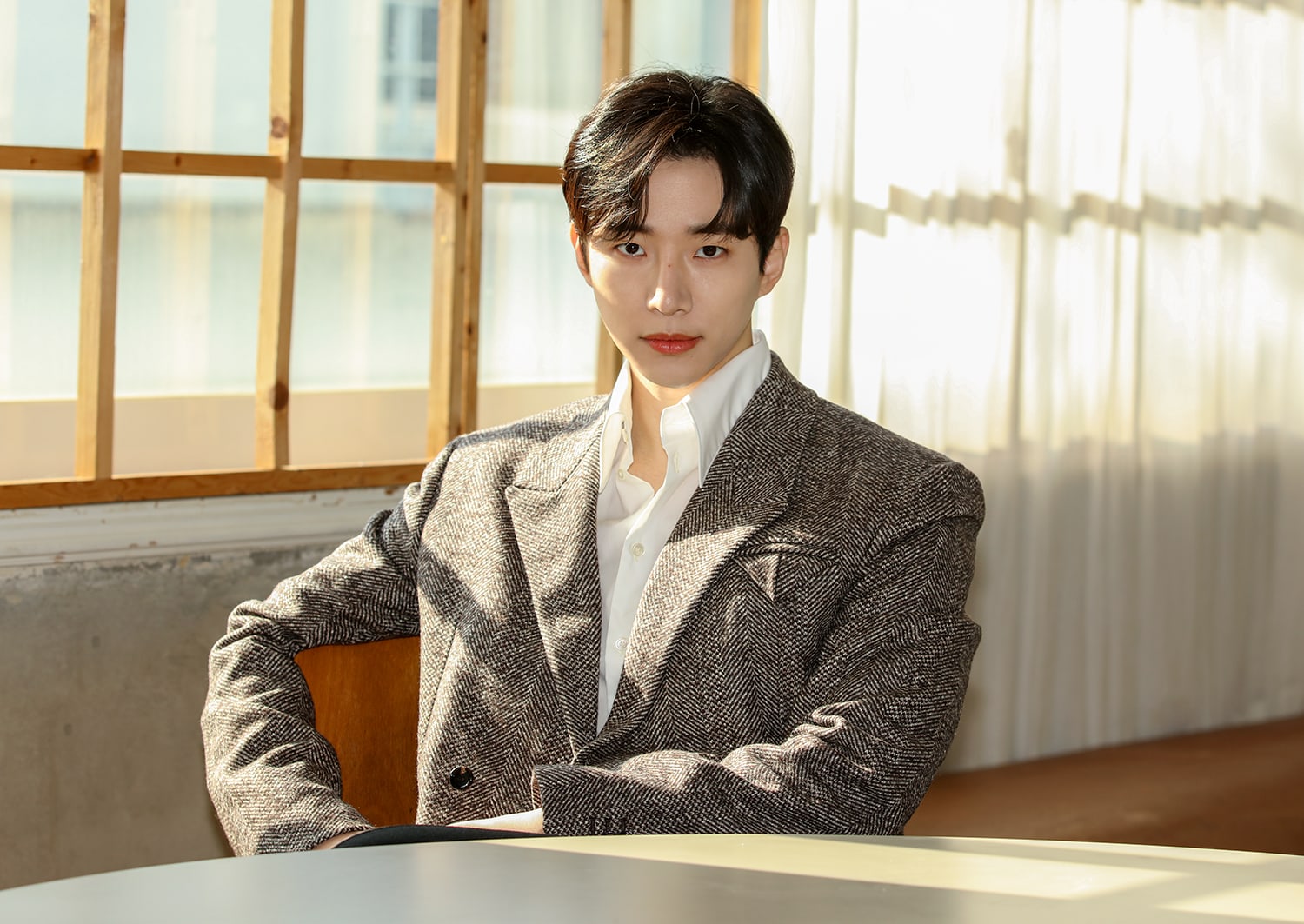 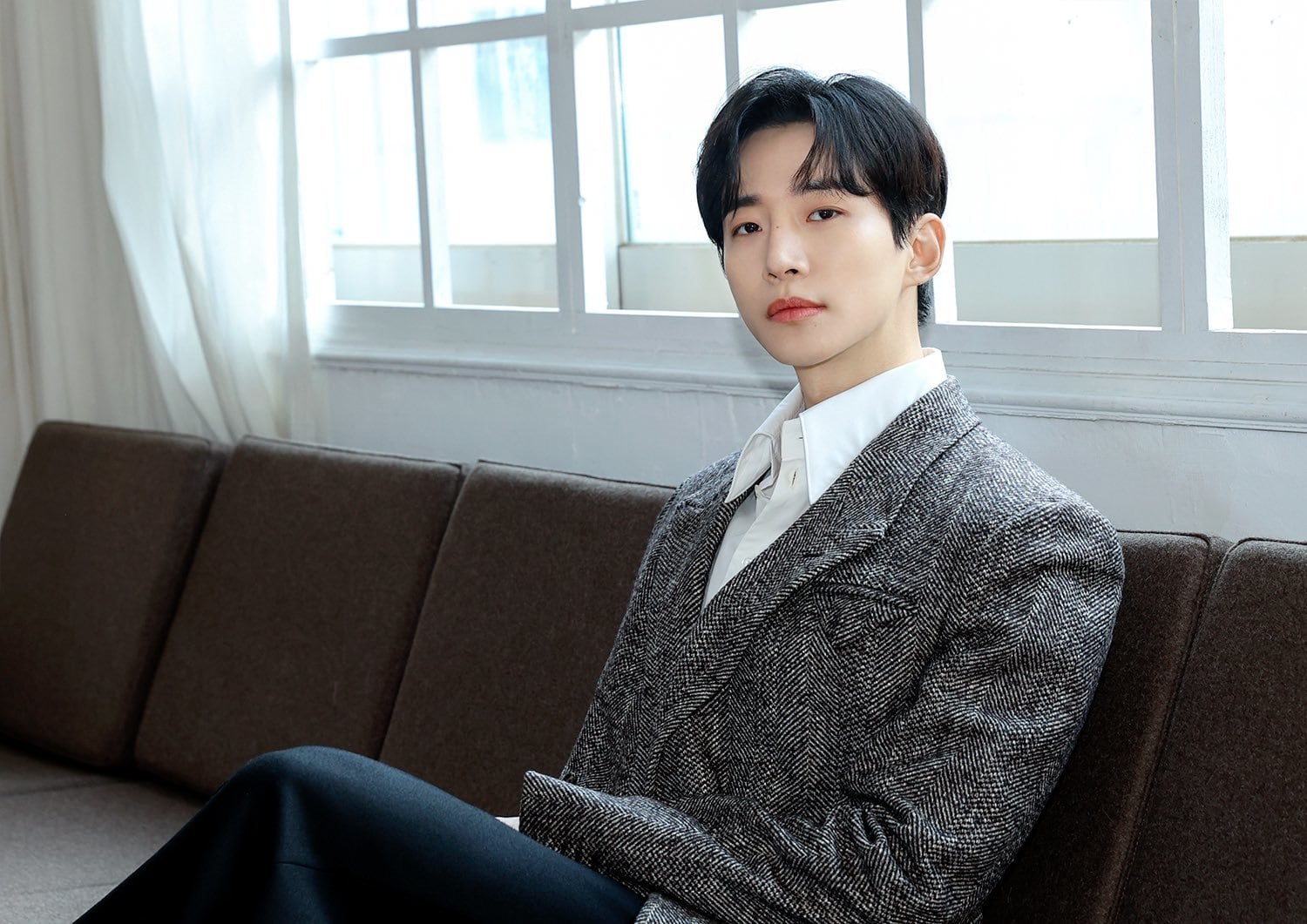 Although it has been 13 years since Lee Junho debuted with 2PM and nine years since he made his acting debut, he is still continuing to reach new levels of success with each of his endeavors. He commented, “I think I just came here calmly. Ever since I had the dream of taking this road [as a celebrity], I would sleep and dream about myself winning at award shows and sharing my acceptance speech and then dream about myself going on concert tours.”

Lee Junho continued, “I’m someone who had big dreams about my future since I was young. That’s why when I first debuted, my fans and the public saw me as ‘Ambitious Junho.’ Although I’m thankful for that, that wasn’t simply my youthful ambition and is rather a dream I still have. I always live with dreams like, ‘In a few years, I want to be this kind of actor,’ and, ‘In a few years, I want to go to this certain place,’ and I think that’s my driving force. The place where I work is extravagant, but people like me are simple. I tried hard to promote passionately, and I’m just thankful that they viewed me like that.”

The star also looked back on his career, commenting, “Recently, [past] videos have been coming up again. Seeing that I think about missing those times, I wonder if it’s because I’m now over the age of 30, but something I can confidently say is that I don’t think anything has changed between then and now. Even now, I still have dreams. Ultimately, the drama did well, and ‘My House’ went viral and received love from many people, so I get lots of praise for this success that I’ve longed for. However, ever since I was young, I’ve lived the way I wanted, and I will continue to do so in the future.” 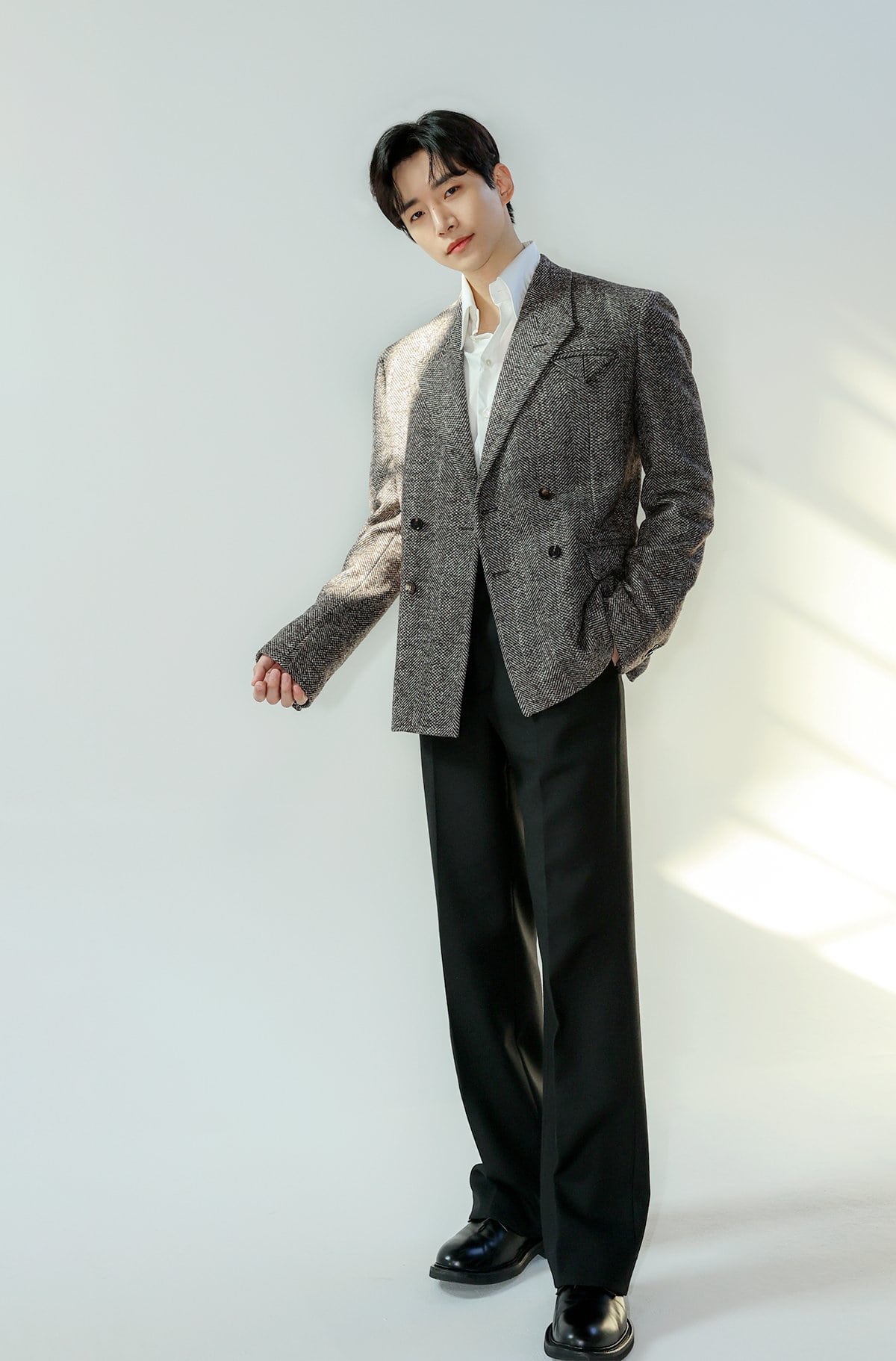 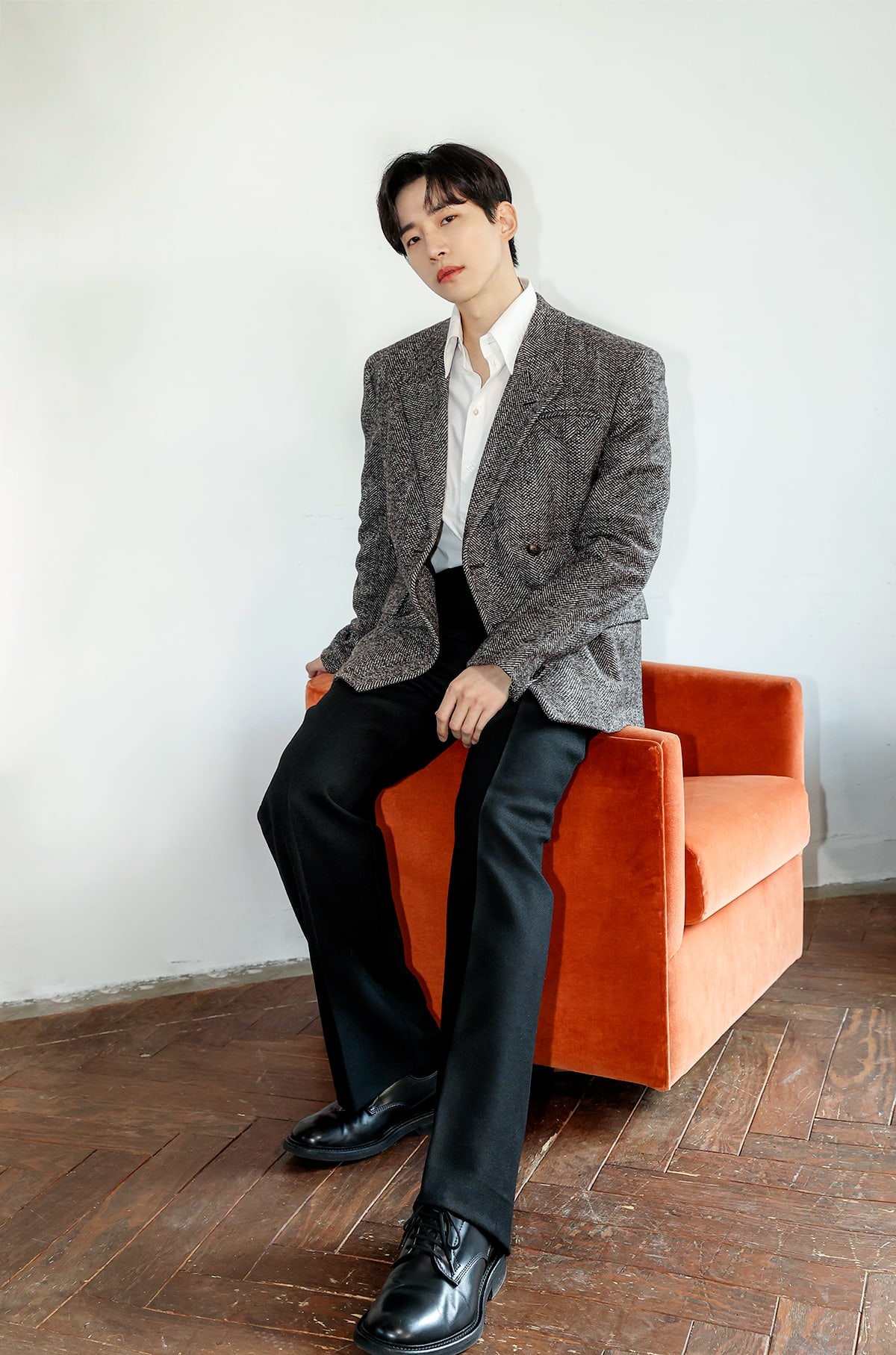 Now that “The Red Sleeve” has ended, Lee Junho is preparing for his solo fan meeting which will be held on January 22 and 23 in celebration of his birthday. Lee Junho commented, “Since it’s such a good opportunity to meet with fans who have waited so long for me, I want to chat slowly with them, asking how they’ve been and what they’ve been up to. Rather than fill it with songs and dancing, I want to have time to comfortably reflect on the person Lee Junho and think about the future.”

Watch “The Red Sleeve” with English subtitles below!