Mark your calendars: Stray Kids is getting ready to meet their fans both online and offline next month!

On January 7, Stray Kids officially announced that they would be holding their second fan meeting “SKZ’s CHOCOLATE FACTORY” over two days in February—just in time for Valentine’s Day. The fan meeting will be held in person at Olympic Hall on both February 12 and 13, and the February 13 fan meeting will simultaneously be streamed online through Naver’s Beyond LIVE. 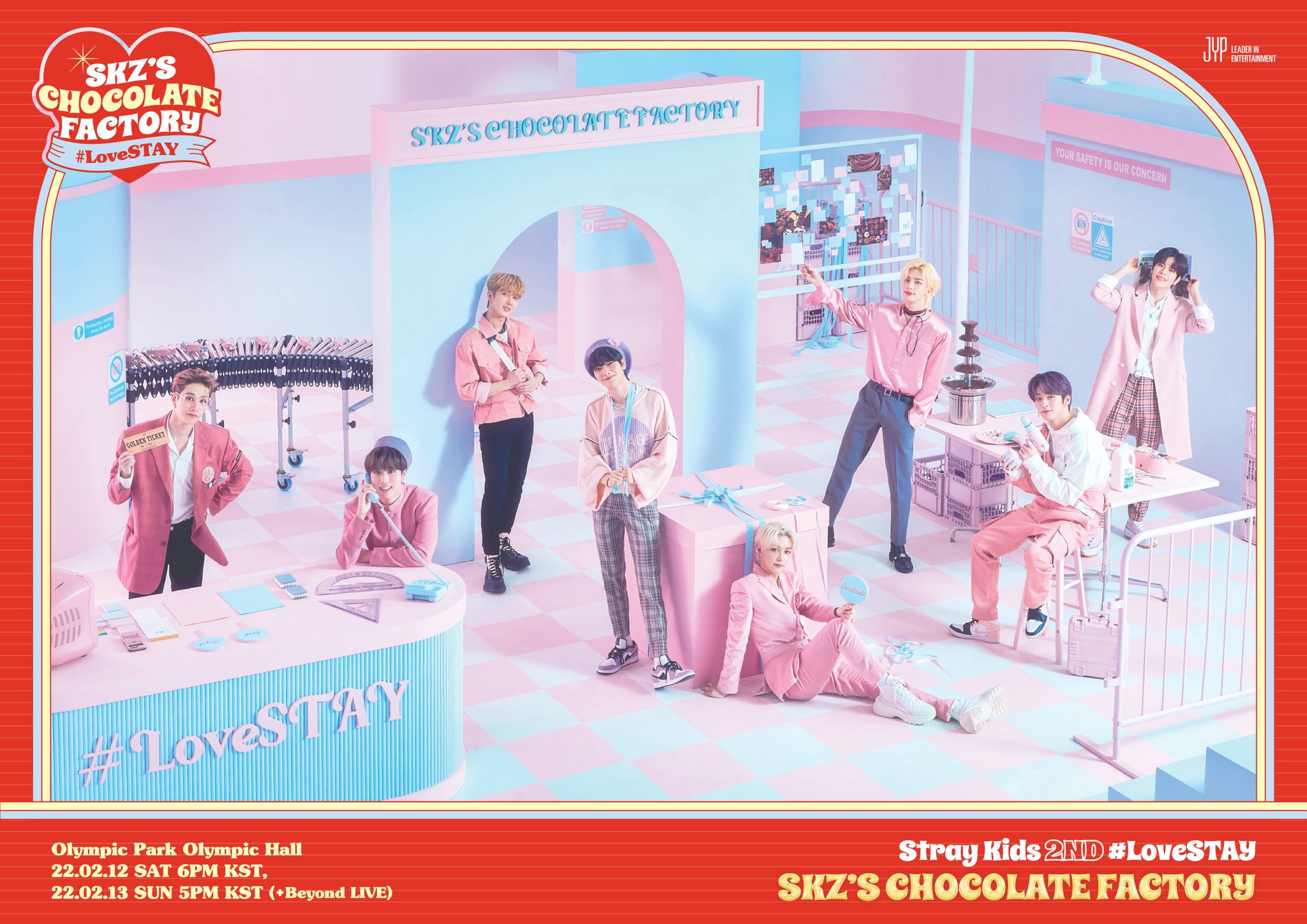