“Our Beloved Summer,” which is about the reunion of a former couple whose high school documentary unexpectedly becomes popular, has been hitting new personal bests in viewership ratings, scoring first among the 20-49-year-old viewership demographic, and ranking high on buzzworthy TV dramas and cast members.

Choi Woo Shik and Kim Da Mi star as Choi Woong and Guk Yeon Soo, who first met when they were 19, started dating, and then broke up, in a classic story of young love. They meet again five years after their breakup and the second chapter of their romance begins, conflicted by old feelings, new love interests, and their tangled past. Even though they kissed in the previous episode, Choi Woong suggests that they remain friends instead, leaving Guk Yeon Soo with her unrequited love.

Here are three reasons that viewers have been drawn into their key relationship in “Our Beloved Summer”: 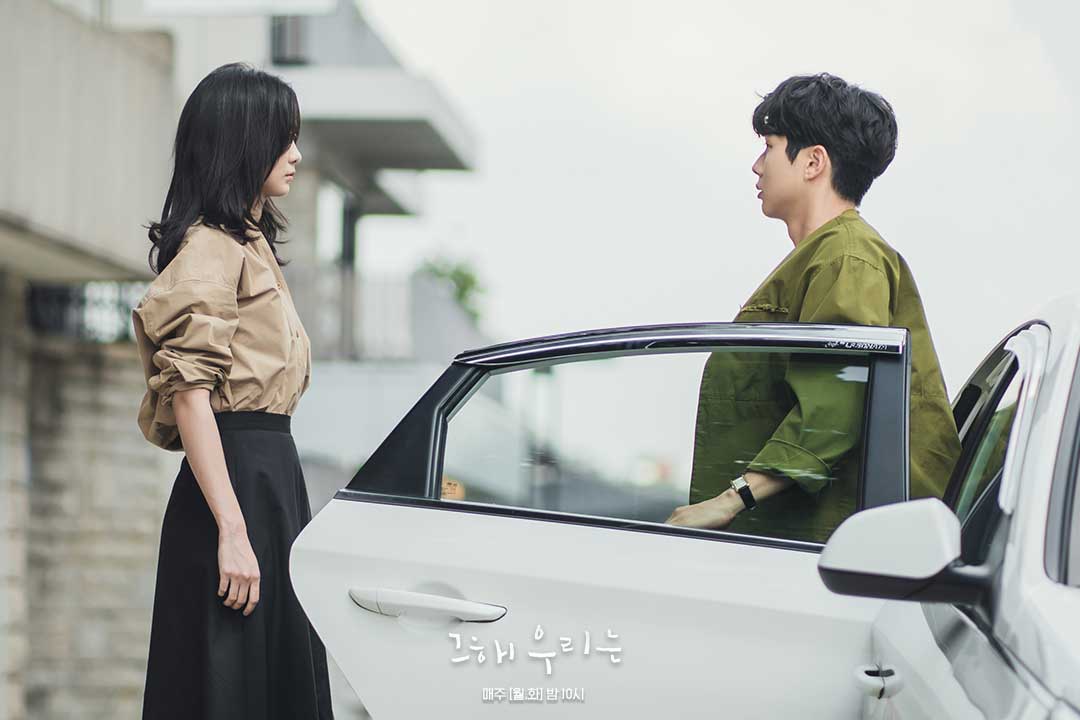 Many couples who break up never see each other again, but Choi Woong and Guk Yeon Soo reunite as ex-lovers—at first for a business contract at work, then later for a sequel to their hit high school documentary. Their friend, Kim Ji Woong (Kim Sung Cheol), summarizes their relationship as, “There’s a fine line between love and hate.” Their love-and-hate reunion reawakens a new chapter of their first romance. When his ex-girlfriend shows up after five years, Choi Woong acts childish but also hilariously honest by sprinkling water and salt on her. Guk Yeon Soo is shocked to discover the artist she’s supposed to hire for her company is her ex-boyfriend, but is forced to put on a fake smile in order to land the contract she wants. At this point, both characters are locked into a mutual love-and-hate relationship as their shared fates persist in linking the two together. 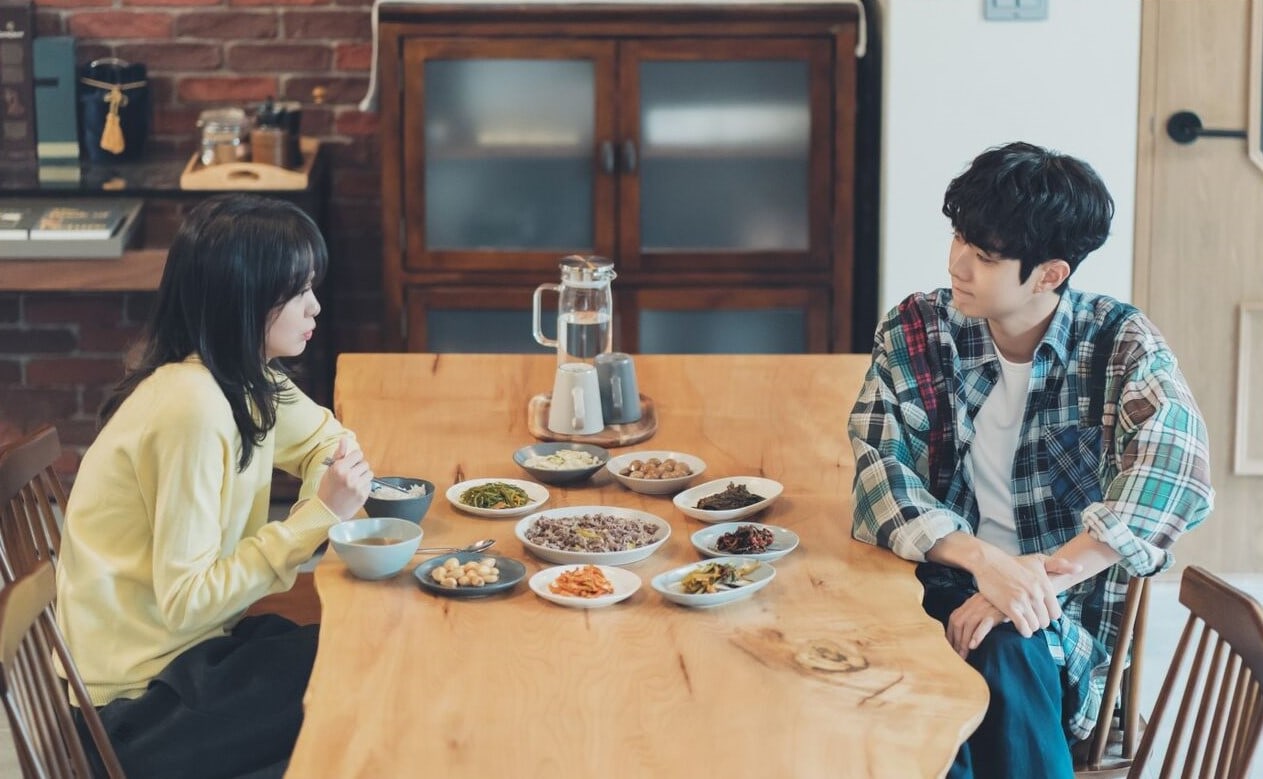 Choi Woong resents Guk Yeon Soo for acting nonchalant about their relationship, while she is unable to respond to his misunderstandings and resentment. As time goes by, both of them suffer deeply from the aftereffects of their unexpected reunion. The truth that both tried to hide, as well as the feelings they suppressed, come boiling to the surface and throw their relationship into chaos. Choi Woong started things off by seeking Guk Yeon Soo at her house late at night and telling her how he felt in tears. Their sudden kiss during a trip for the documentary was expected to be a turning point for their relationship. Although their breakup was five years ago, they still haven’t fully broken things off in their hearts. Instead, they buried their pain and scars under a deep layer of regrets and lingering feelings. 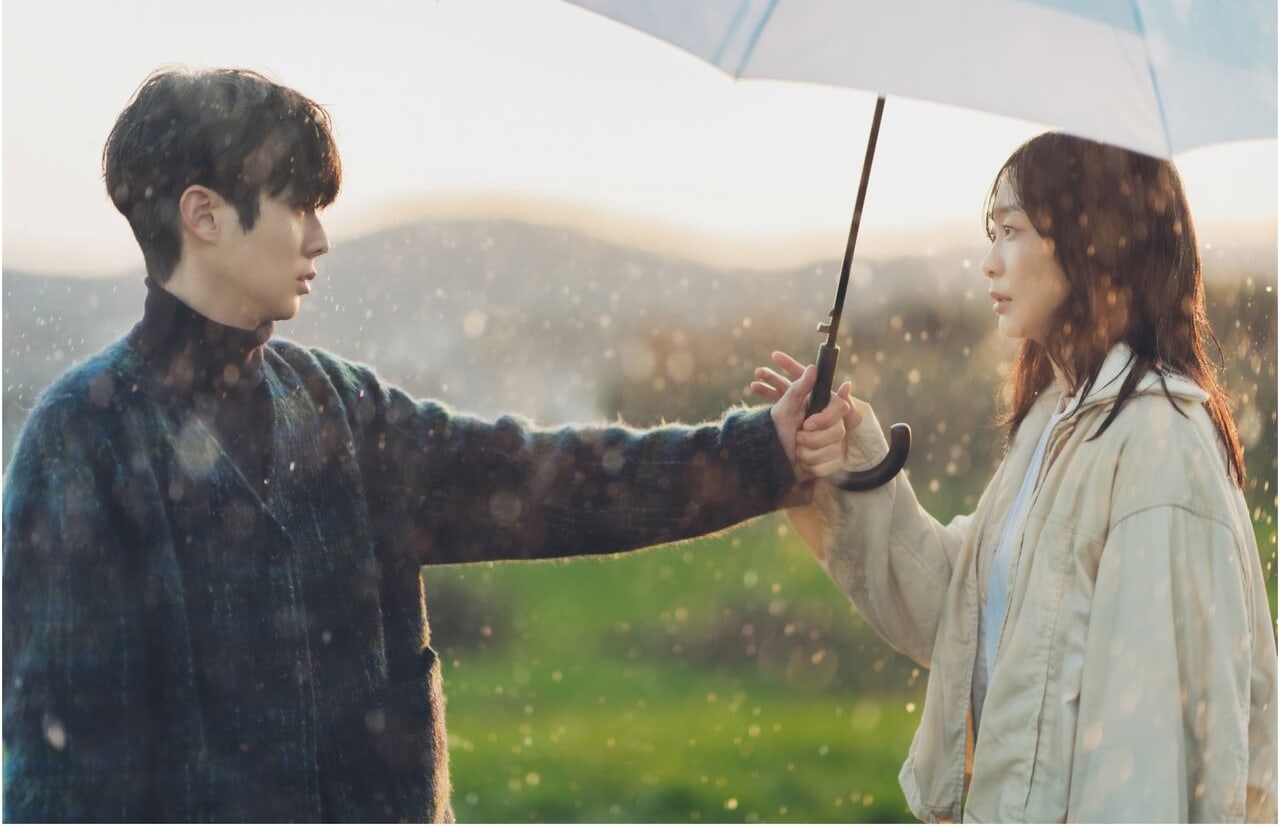 The “turning point” of the kiss turned out to be a fork in the road, where Choi Woong and Guk Yeon Soo’s paths diverged. Guk Yeon Soo, tired of Choi Woong not calling her, goes to find him while under the influence of alcohol. Choi Woong, after a long period of thought, decides that while he cannot date her again, he also cannot live without seeing her again. He denies his own feelings and asks her to be friends. Guk Yeon Soo laughs at first in disbelief, but her heart sinks and she seeks comfort in her grandmother Jang Ja Kyung (Cha Mi Kyung)’s arms. She tells her, “It seems that I’ve never forgotten him once,” coming to a realization about what her heart is telling her. As these two characters take different paths toward their feelings, Kim Ji Woong and NJ (Noh Jung Ui) also send clearer signals about their own unrequited love.

“Our Beloved Summer” airs on Mondays and Tuesdays at 10 p.m. KST.