Previously, Min Si Ho (Gong Seung Yeon) was kidnapped by a monster, but she was rescued by Dan Hwal, Min Sang Woon, and Kwon Ho Yeol (Jung Jin Young). However, in a precarious situation where she might get captured again, it was decided that the safest place for her was Dan Hwal’s home. As a result, she begins an unpredictable cohabitation with high school student Nam Do Yoon (Kim Woo Seok) and Dan Hwal’s helper Hye Seok (Park Myung Shin).

The newly released stills feature Min Si Ho with Nam Do Yoon and Hye Seok. The three of them are bickering like a real family. Min Si Ho, who is holding a spray bottle, and Nam Do Yoon, who is holding a brush, argue about who will clean the toilets. Hye Seok gives them a sharp look, and her charismatic aura makes them freeze. 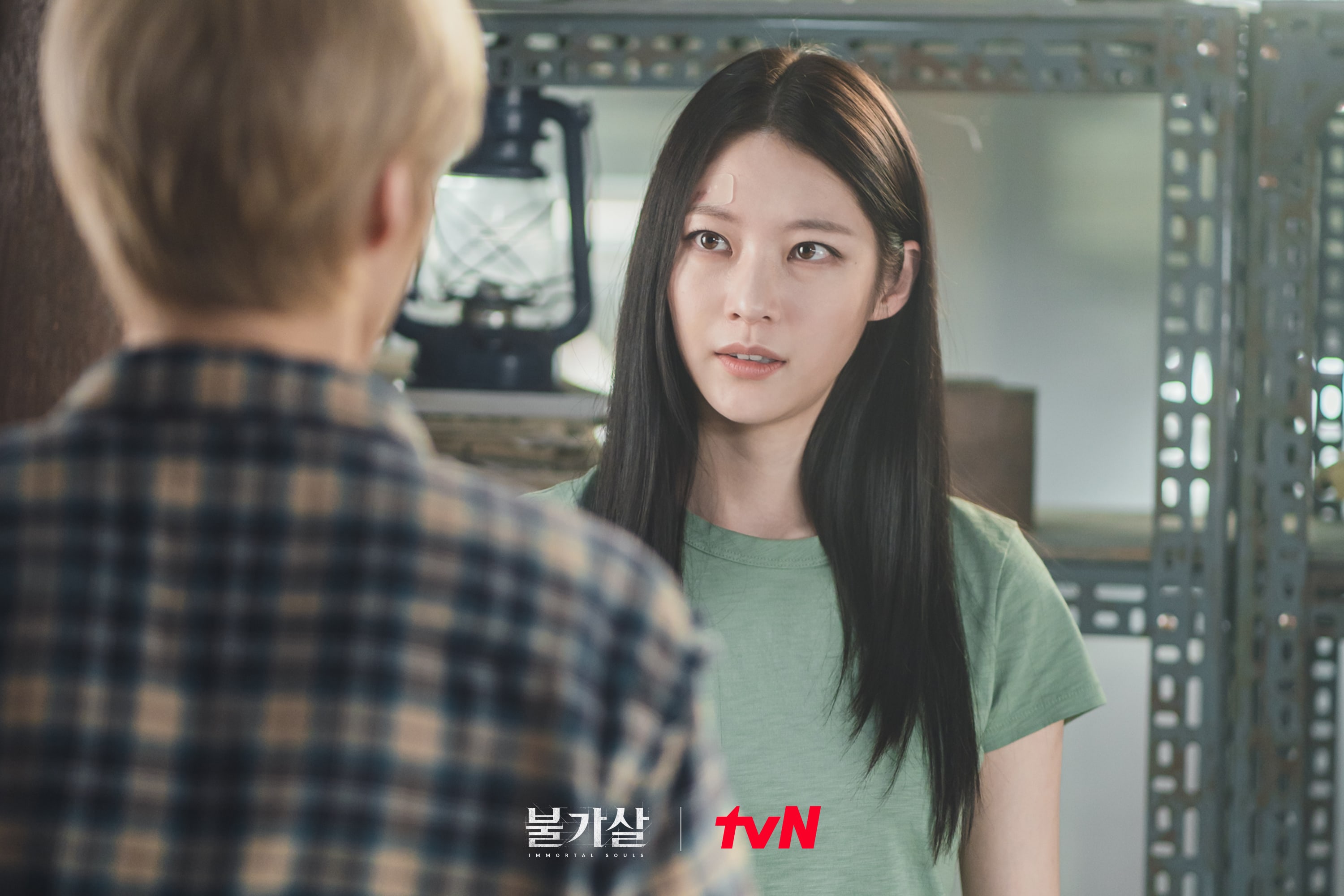 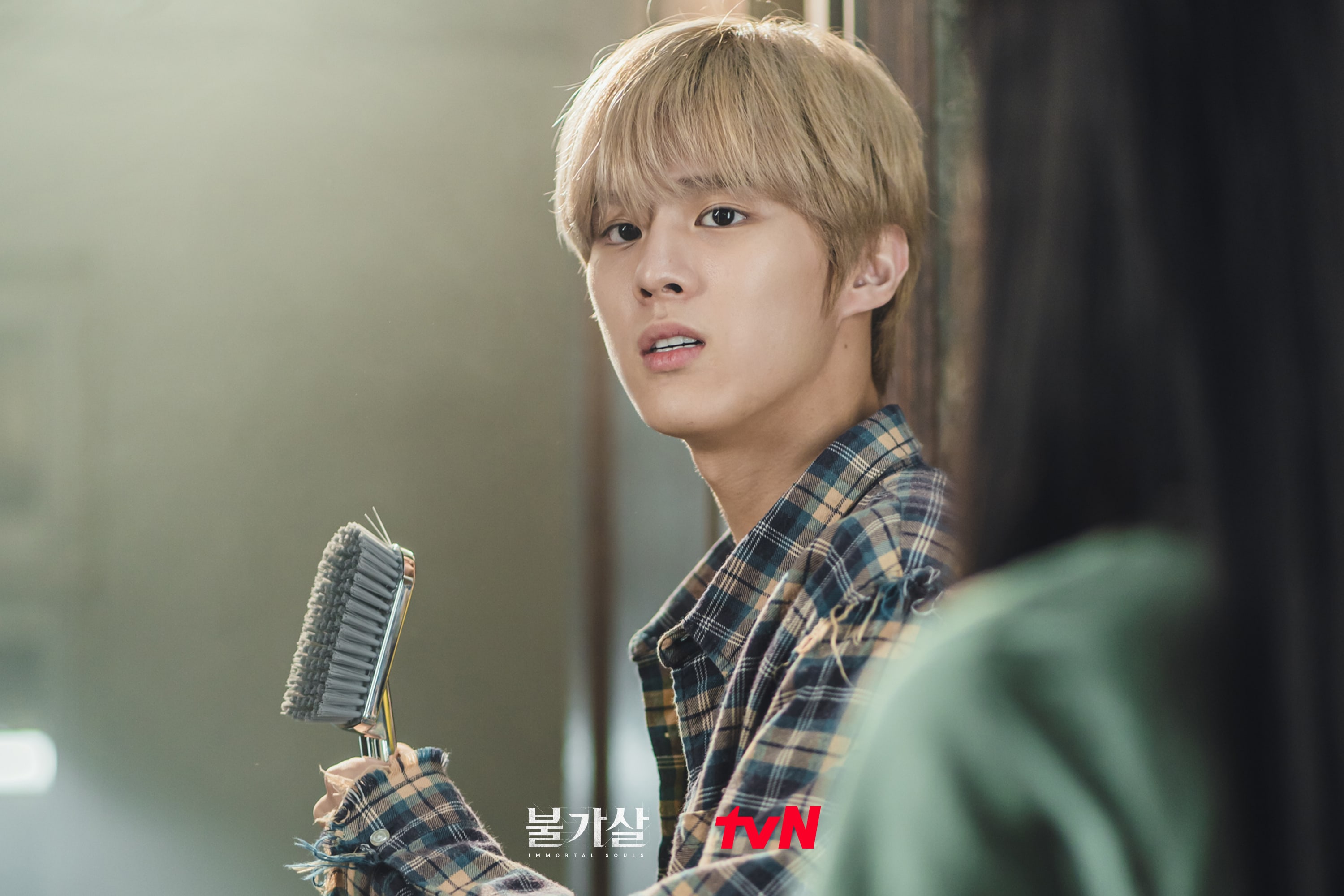 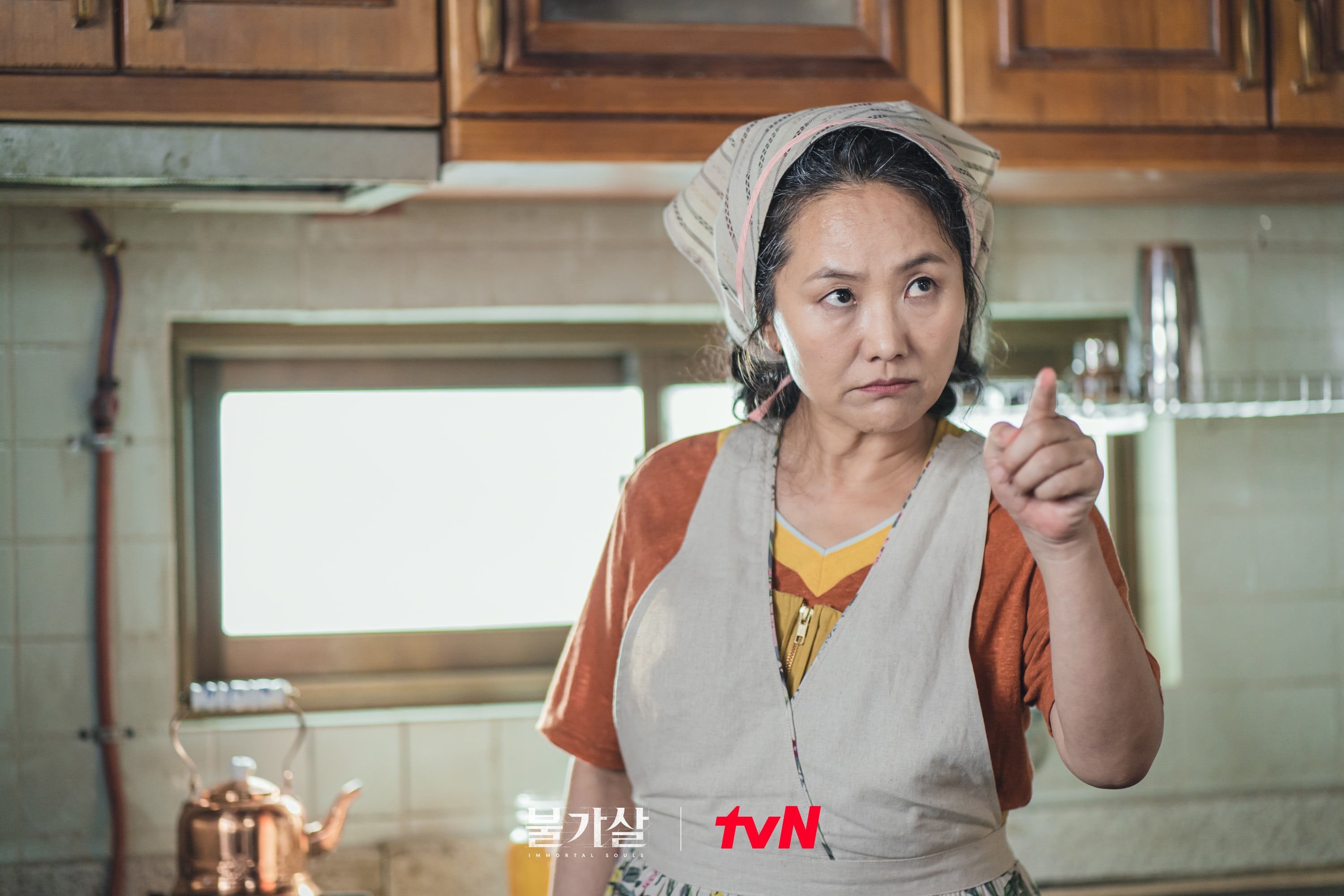 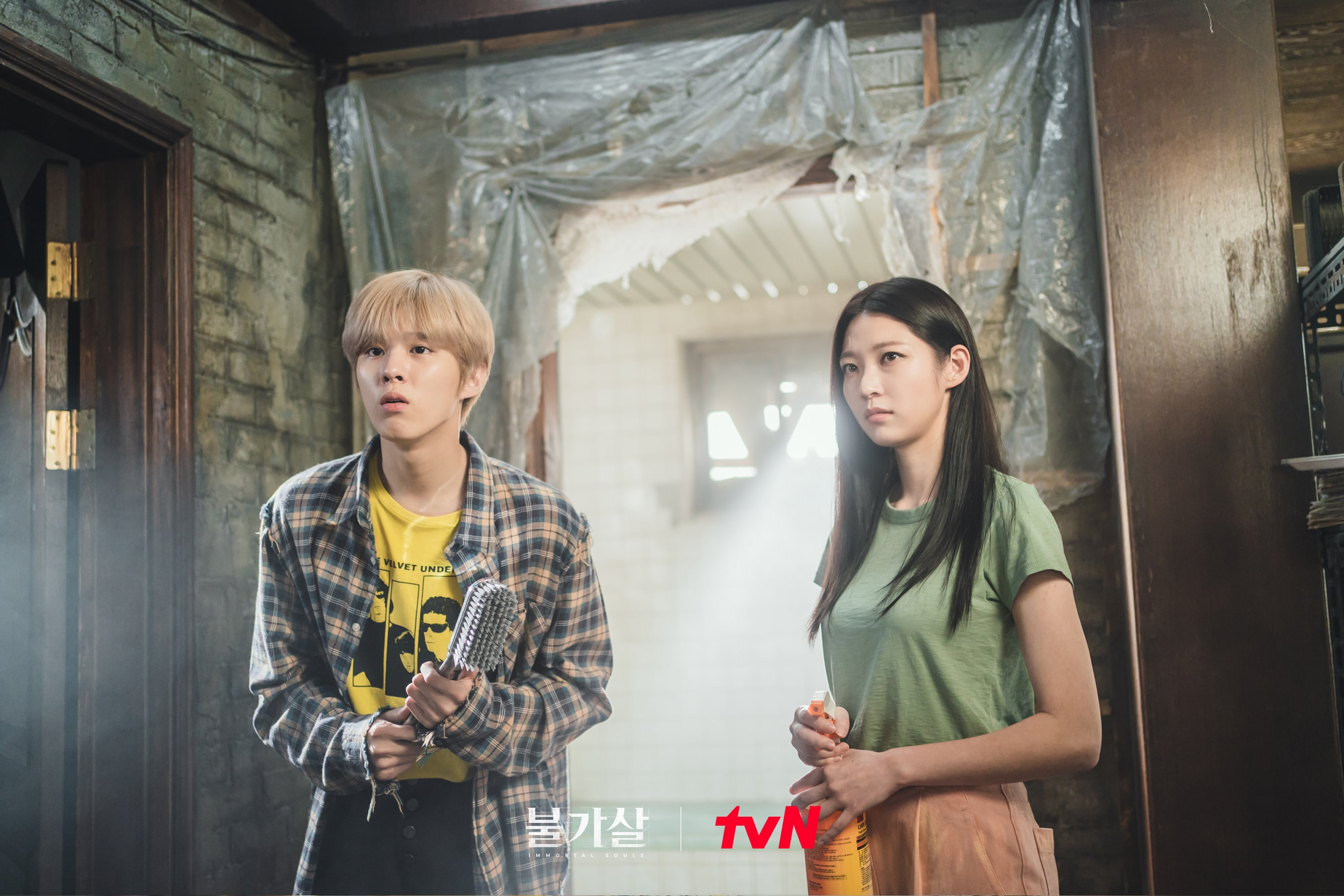 The drama’s producers commented, “It will be fun to watch what changes occur as other characters enter Dan Hwal’s lonely house. And in today’s [broadcast], Min Si Ho is going to read the memories of Hye Seok’s soul. Please look forward to new chemistries as well as newly revealed [information] about the past.”