Even as their marriage falls apart, Song Yoon Ah and Lee Sung Jae will be renewing their wedding vows on the next episode of “Show Window: The Queen’s House”!

“Show Window: The Queen’s House” is a drama starring Song Yoon Ah as Han Sun Joo, the queen of her seemingly picture-perfect family, and Lee Sung Jae as Shin Myung Seob, her secretly two-faced husband. Jun So Min stars in the drama as Yoon Mi Ra, who befriends Han Sun Joo while secretly carrying on an affair with her husband behind her back, and 2PM’s Chansung plays Han Jung Won, Han Sun Joo’s devoted brother.

The first episode of “Show Window: The Queen’s House” began with Han Sun Joo and Shin Myung Seob renewing their wedding vows in front of their friends and family. However, the glamorous event took a dark, unexpected turn when Yoon Mi Ra was found stabbed and left for dead.

While in the premiere, the vow renewal initially seemed like a romantic affirmation of their love, it has become clear in the weeks since that what appeared to be a romantic moment was nothing of the sort. By the time Han Sun Joo and Shin Myung Seob were dancing the tango in front of the crowd of guests, their marriage had already crumbled—and the entire event was actually part of Han Sun Joo’s plan to lure Yoon Mi Ra out of hiding.

In newly released stills from the drama’s next episode, our knowledge of what took place between Han Sun Joo and Shin Myung Seob leading up to their renewal ceremony casts a new light on the dancing couple. As it turns out, the palpable tension between the duo wasn’t because of the sultry tango they were dancing, but rather the culmination of the bitter and vicious battle they’d been waging against one another.

Notably, most of the guests watching the couple from their seats also seem to be wearing frosty expressions that aren’t exactly congratulatory—with the exception of their son Tae Yong, who remains blissfully unaware of his father’s affair. In contrast, his sister Tae Hee looks far from pleased as she stoically watches the event unfold. 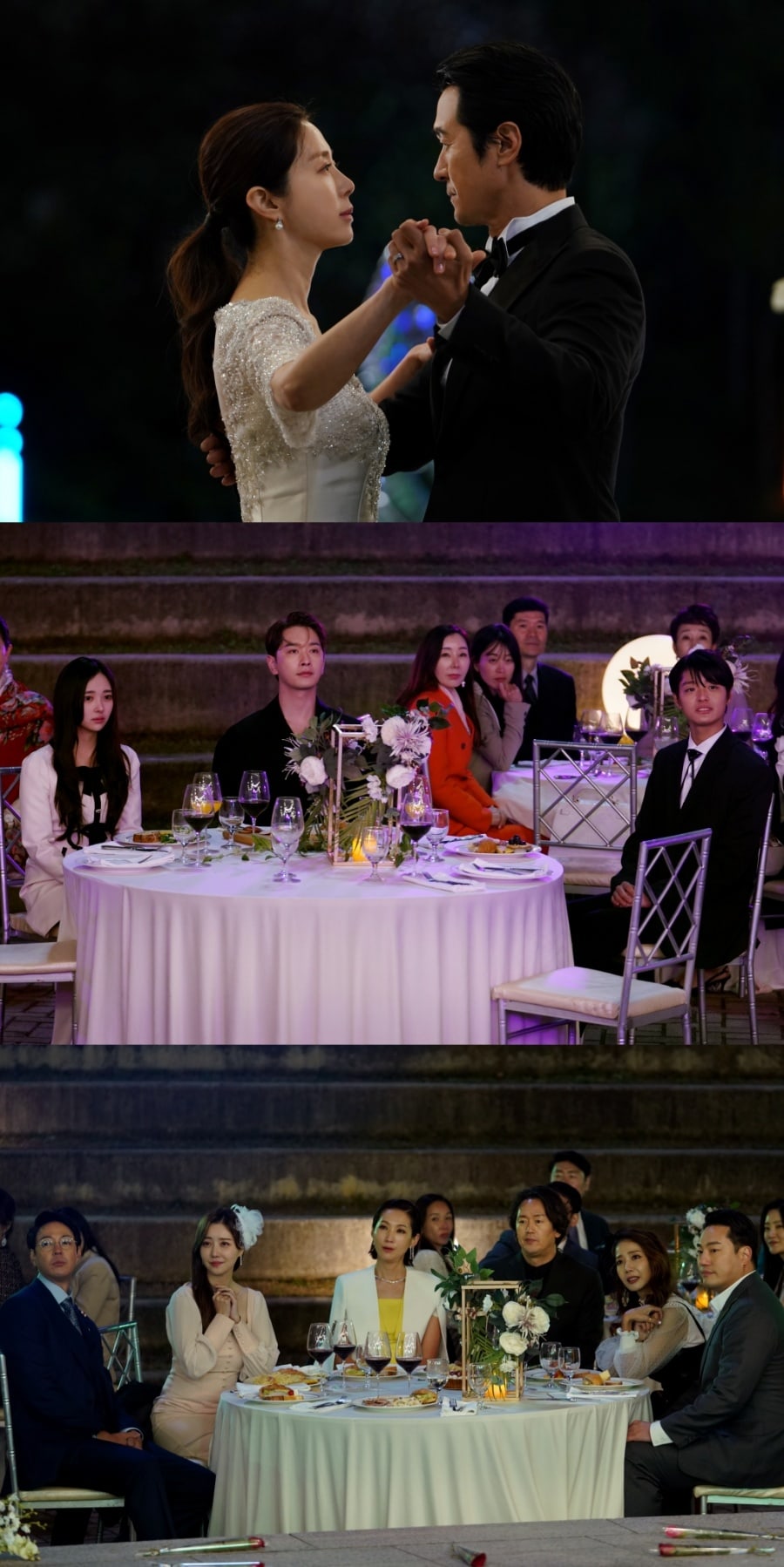 The producers of “Show Window: The Queen’s House” teased, “In Episode 13, the story of the wedding vow renewal ceremony will finally be revealed. You’ll be able to enjoy the story even more knowing the various emotions that each character has kept bottled up inside until now.”

They added, “Please look forward to the wedding vow renewal ceremony, which will be like a battle in which all of the chess pieces meet.”

To find out what really happened at that fateful vow renewal ceremony, tune in to the next episode of “Show Window: The Queen’s House” on January 10 at 10:30 p.m. KST!