JTBC’s “Snowdrop” has released more stills ahead of tonight’s episode!

In the previous episode, a fake press conference was aired saying that seven spies were involved in the hostage situation at Hosu Women’s University. Seeing this news, Kang Chung Ya (Yoo In Na) ordered Su Ho to release 30 of the hostages.

As such, it remains to be seen who will be released from the dormitory. With Young Ro shocked by her brother’s death and Nam Tae Il (Park Sung Woong) persistently requesting Kang Chung Ya, each person possesses their own opinion that affects their view of the situation.

New stills show Su Ho observing the hostages while Young Ro sits on the ground with her arms crossed, her eyes weary and filled with hints of suspicion. What will be Su Ho’s final decision, and what plan will the National Security Planning Agency hatch to keep the freed hostages from talking? 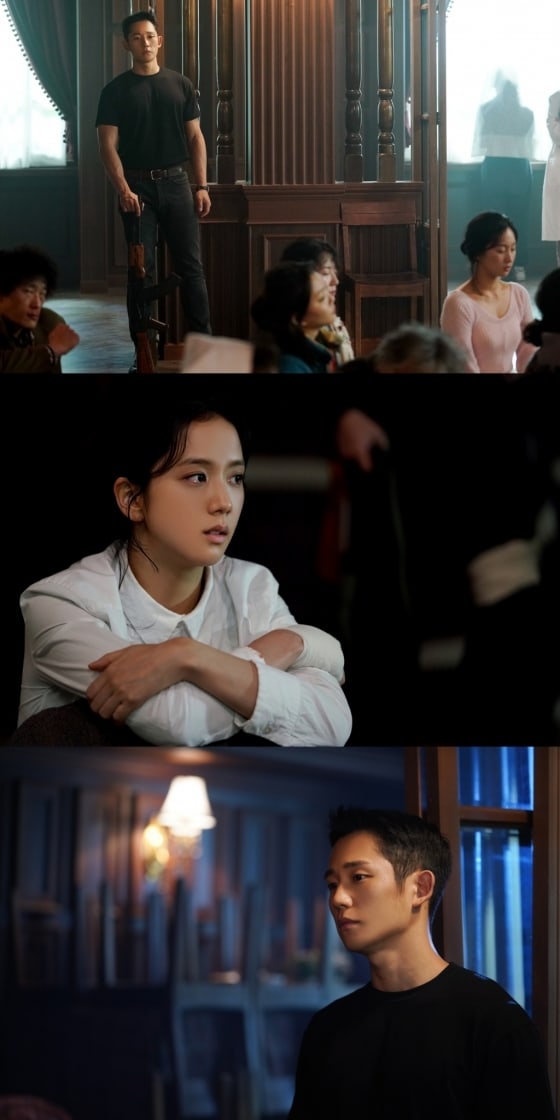 In episode 9, Young Ro will be unable to to believe Su Ho’s assertion that he doesn’t want to hurt anyone and, together with Lee Kang Moo (Jang Seung Jo), will come up with a plan to escape the dangerous situation.

In the meantime, watch Jung Hae In in “A Piece of Your Mind” below: