Previously, Min Sang Woon had a difficult time after hearing a story about how she, in a previous life, had left other people to die in a fire while she escaped. While she shed tears over the actions of her previous self whom she couldn’t remember, the usually cold and distant Dan Hwal even let down his guard around her.

In one set of stills, Min Sang Woon stands outside all night long waiting for Dan Hwal. When he finally appears, she looks up at him with worry in her eyes. Dan Hwal cautiously reaches his hand out towards her with a vacant look, leading viewers to wonder what they could be discussing.

A look of shock spreads across the face of Min Si Ho (Gong Seung Yeon) as she observes the pair. Still possessing the ability to gain the memories of a soul, just like in her previous life as Dan Sol, Min Si Ho consistently regards Dan Hwal with caution after learning of his identity as a bulgasal. It remains to be seen what will happen if she ends up finding out about Dan Hwal’s quest for revenge and other secrets related to their past lives. 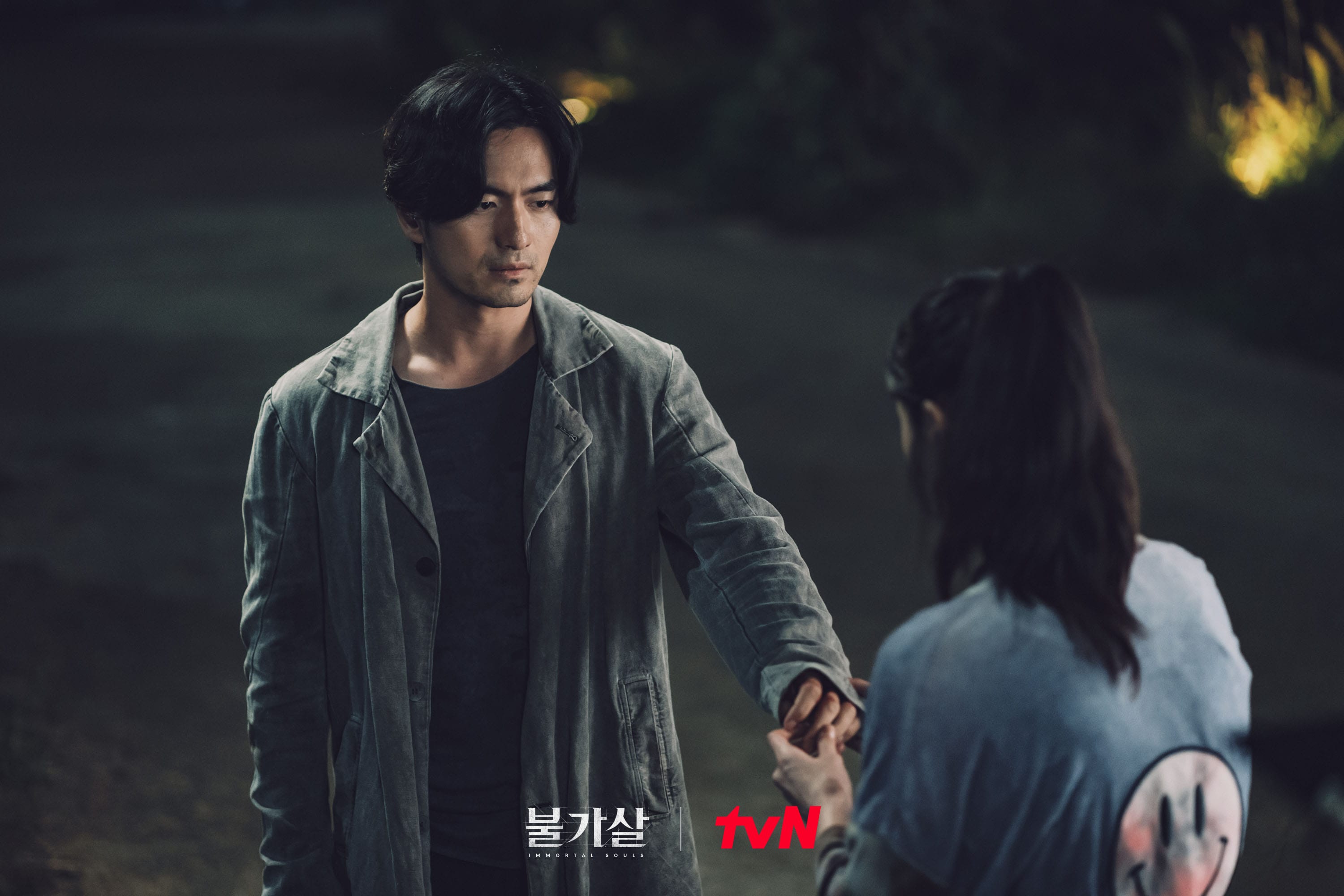 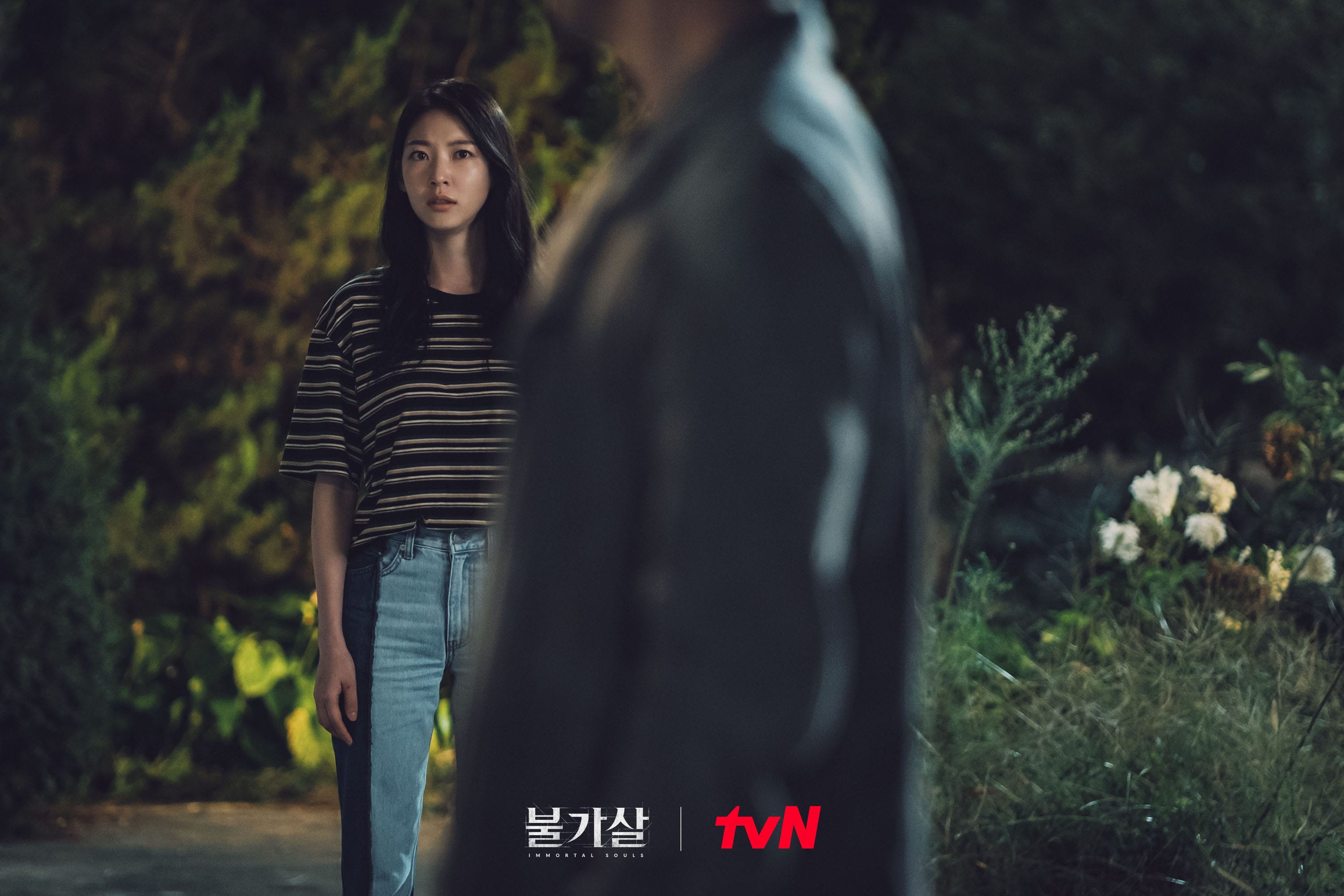 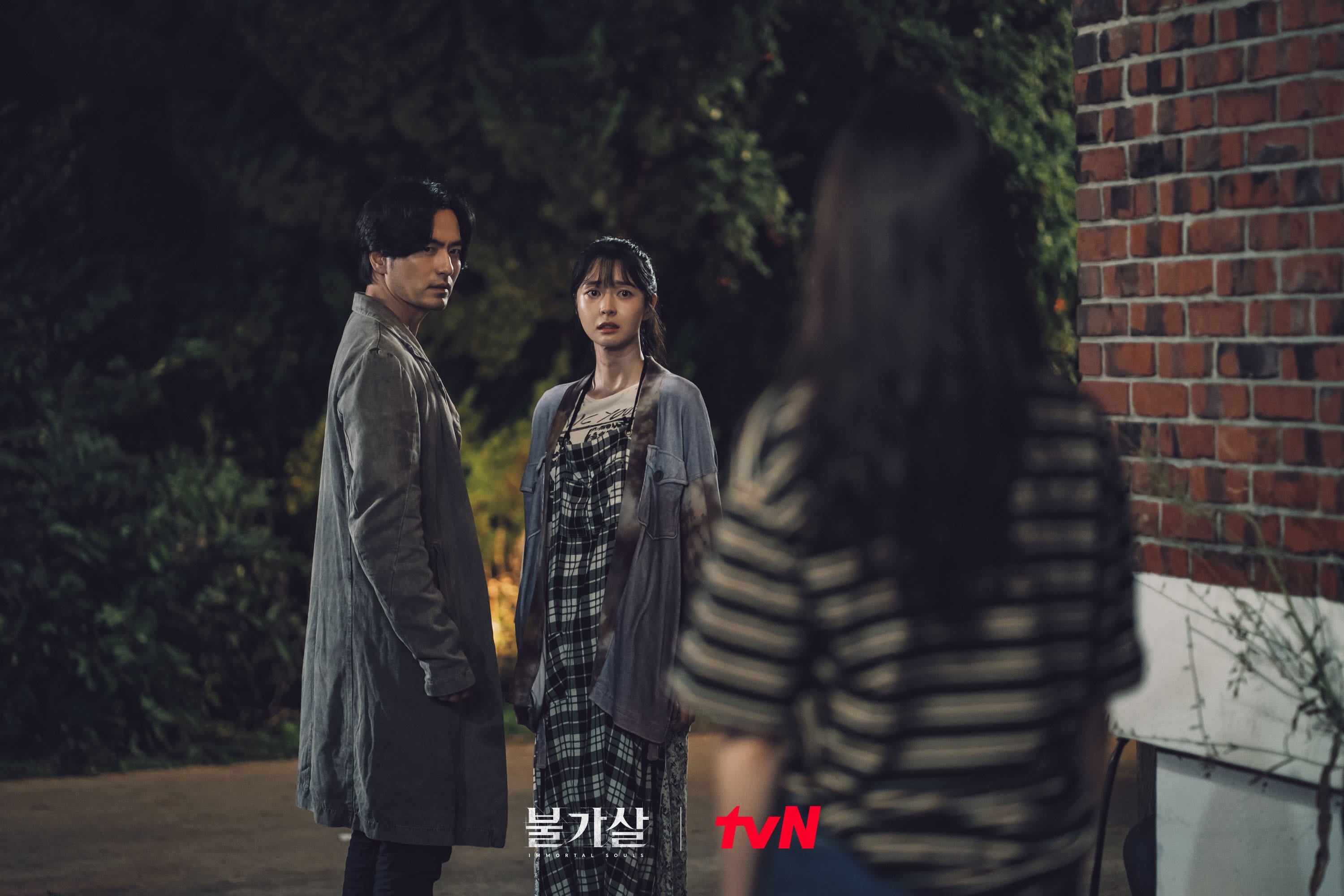 In another still, Ok Eul Tae (Lee Joon) sports a frosty gaze. Having survived thus far off the blood of others, he once again has someone’s blood on his lips. In addition, former detective Kwon Ho Yeol (Jung Jin Young) is seen hanging from a tree, stuck in a very dangerous predicament. 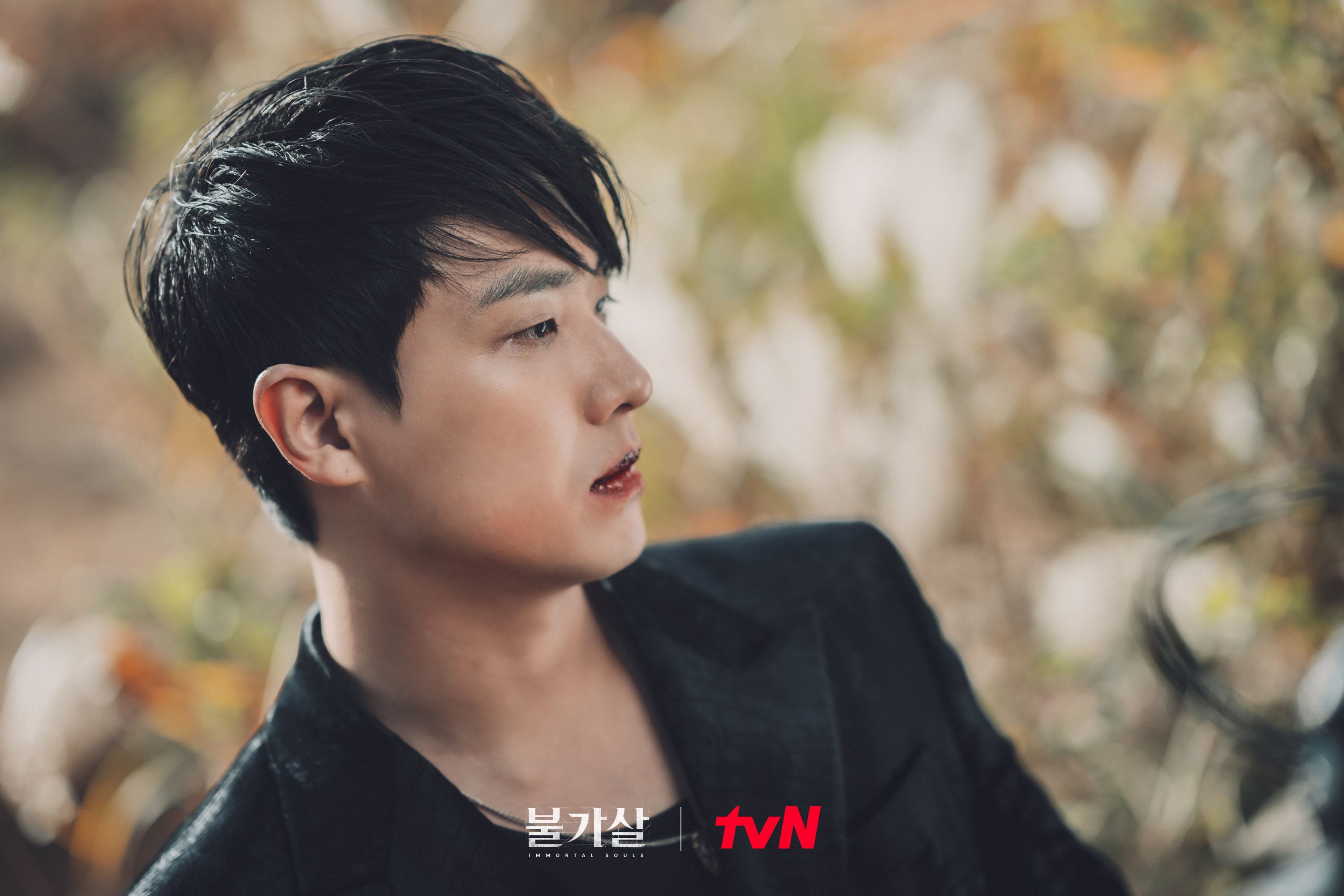 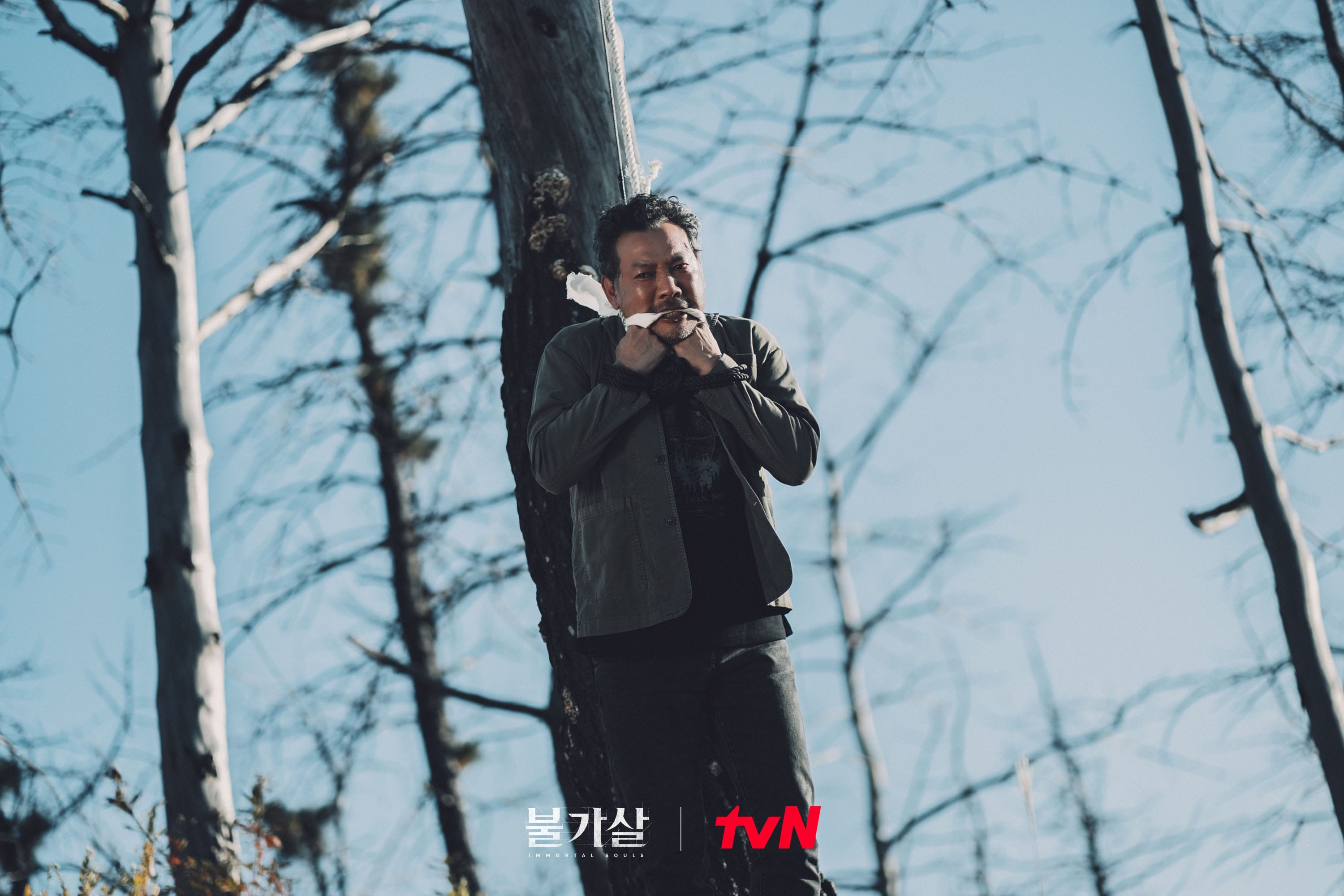 In the meantime, watch Lee Jin Wook in “Goodbye Mr. Black” below: