Tensions are rising between Kim Da Mi and Noh Jung Ui in SBS’s “Our Beloved Summer”!

The SBS drama is about ex-couple Choi Woong (Choi Woo Shik) and Guk Yeon Soo (Kim Da Mi) whose relationship did not end on good terms. Years later, the documentary they filmed in high school suddenly gains popularity, and they’re forced to be together in front of the camera once more.

The new stills capture a strained atmosphere between NJ and Guk Yeon Soo. NJ has come to visit Choi Woong’s house late at night, but Guk Yeon Soo is the one to open the door. Choi Woong, the owner of the house, doesn’t even appear to be present, causing the unexpected encounter to occur. Nevertheless, the two quickly gather their thoughts and share a conversation as uneasy tension between them grows. 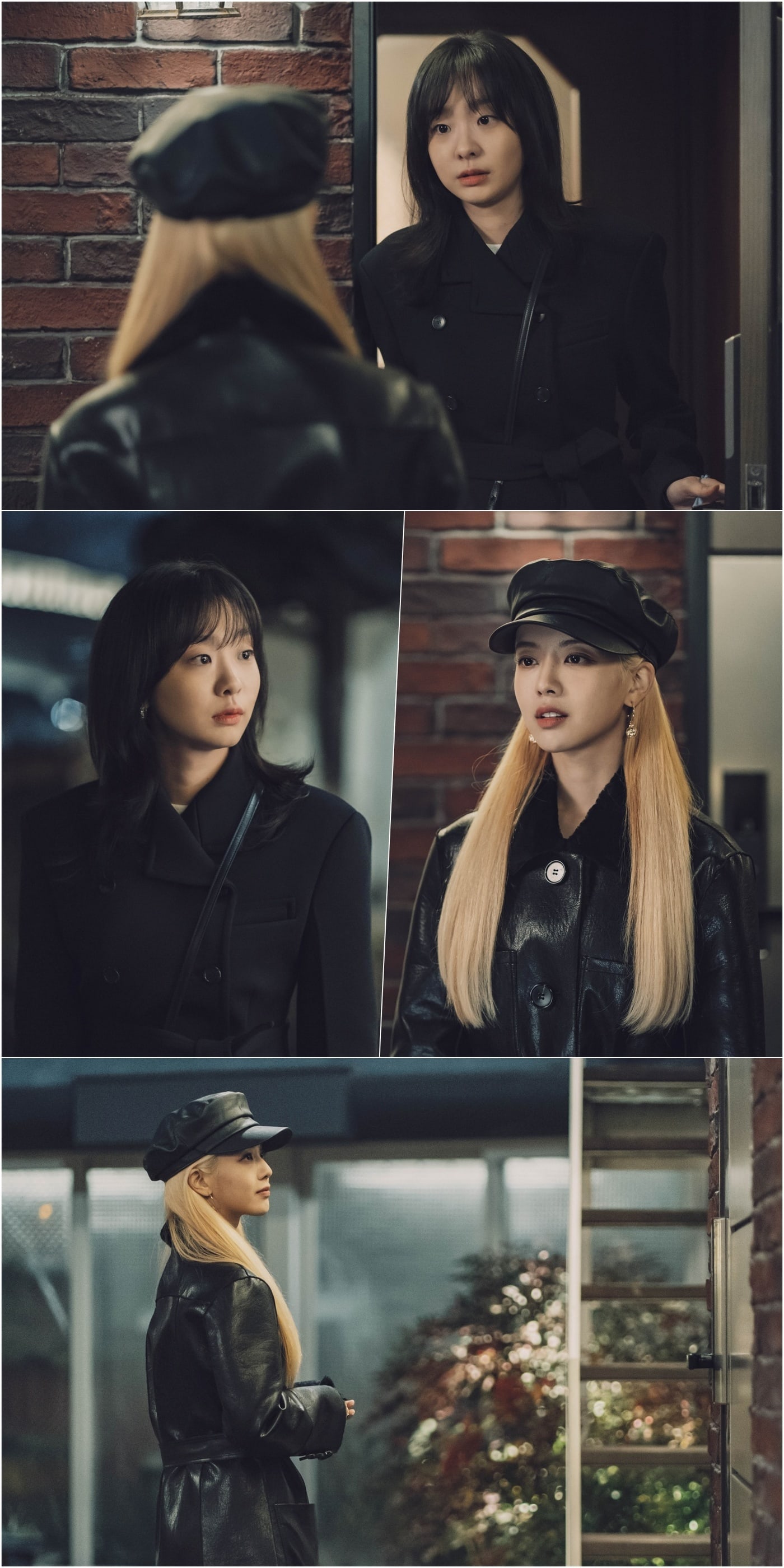 Competition between NJ’s and Guk Yeon Soo’s one-sided feelings appear to be heating up in the upcoming episode, especially since the preview teased Guk Yeon Soo trying to process the dating rumors between NJ and Choi Woong. NJ also added fuel to the fire, stating, “As you’ve seen in the news, we have that kind of relationship.” Along with the scandal, episode 11 will also depict the final filming for the documentary as well as the complicated emotions between Choi Woong, Guk Yeon Soo, and Kim Ji Woong (Kim Sung Cheol).

The production team shared, “As they face the honest feelings they’ve been ignoring and denying, the romance of youths, who are confirming their twisted and tangled feelings for one another, will unfold with an unpredictable development.” They added, “In particular, Guk Yeon Soo will undergo an unfamiliar change as she starts her one-sided love. Please watch to see if she’ll be able to turn over Choi Woong’s heart after he has become a friend.”

In the meantime, watch Noh Jung Ui in “18 Again” below: