There is a new drama at the top of the buzzworthy drama ranking!

For the first time, “Our Beloved Summer” topped Good Data Corporation’s weekly list of the dramas that generated the most buzz. The company determines each week’s ranking by collecting data from news articles, blog posts, online communities, videos, and social media about dramas that are either currently airing or set to air soon.

Not only did “Our Beloved Summer” dominate the list for most buzzworthy dramas this week, but its stars Kim Da Mi and Choi Woo Shik also snagged the top two spots on the list for buzzworthy actors.

In second place for most buzzworthy drama is KBS2’s “Young Lady and Gentleman.” The drama’s leads Lee Se Hee and Ji Hyun Woo continued to rank high on the list for actors at No. 3 and No. 4, respectively.

tvN’s “Bulgasal” followed closely behind on the ranking for buzzworthy dramas at No. 3 with its stars placing high on the cast member rankings with Kwon Nara at No. 6, Lee Joon at No. 8, and Lee Jin Wook at No. 10.

KBS1’s “The King of Tears, Lee Bang Won” rose two slots to be the No. 4 most buzzworthy drama, and JTBC’s “Snowdrop” defended its position at No. 5.

Finally, following the successful conclusion of “Now We Are Breaking Up,” the drama finished at No. 8 while Song Hye Kyo placed No. 5 on the actor ranking.

The top 10 dramas that generated the most buzz in the first week of January are as follows: 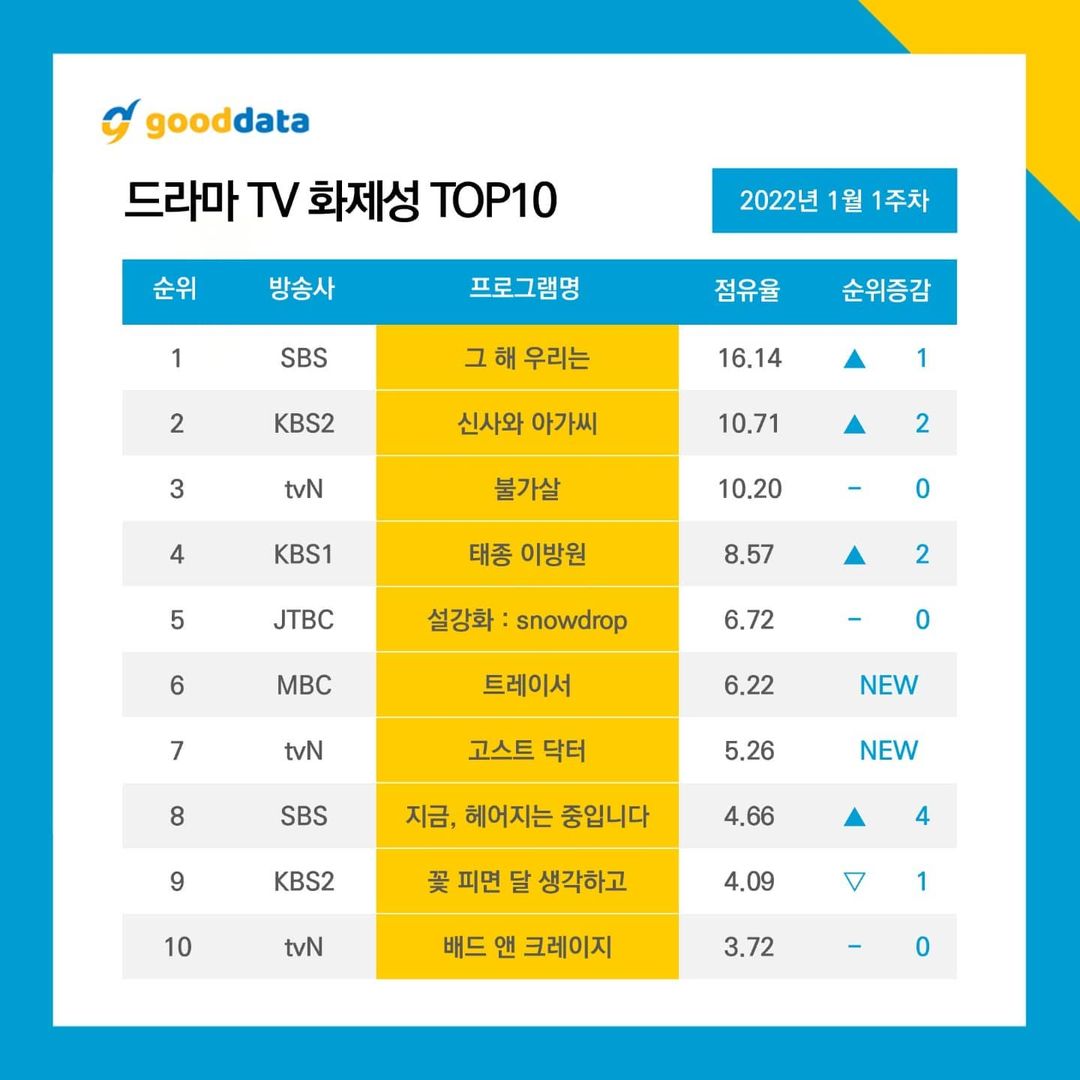 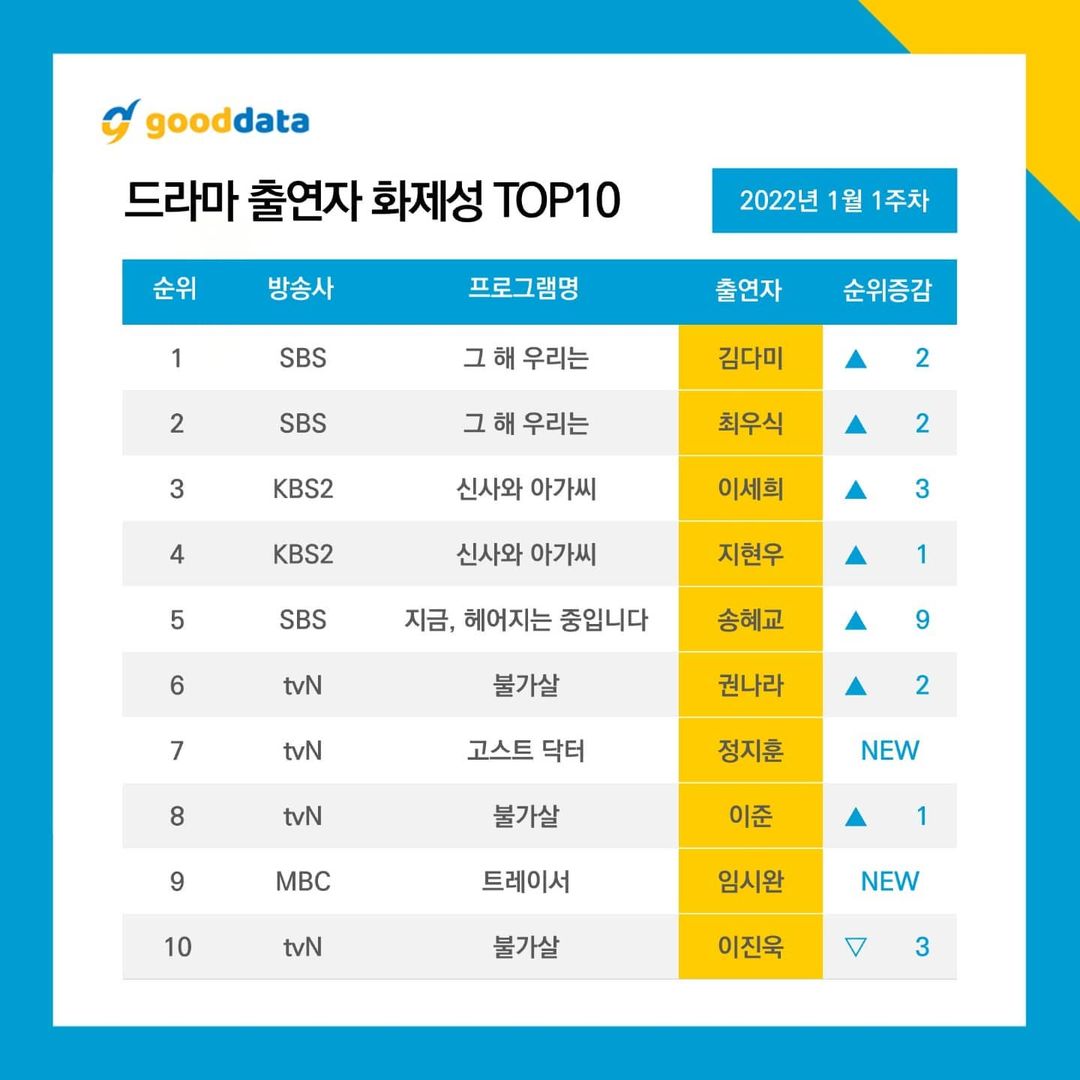 And catch the conclusion of “Now We Are Breaking Up”: