On January 11, the drama unveiled colorful character posters that fully showcase the charms of Na Hee Do and Baek Yi Jin. The two characters are jumping on their own beds against the backdrop of subtle pastel backgrounds. The different objects in their respective rooms hint what kind of people they are.

First off, Na Hee Do, a fencing athlete whose high school team was disbanded due to the IMF crisis, is dressed in denim overalls. Her love for fencing is shown by the equipment floating all over her room. One side of the wall behind her is covered with news articles about her successful matches. The text on her poster reads, “I’m too 18 to lose something,” depicting her passion and spirit to go on despite her failures. 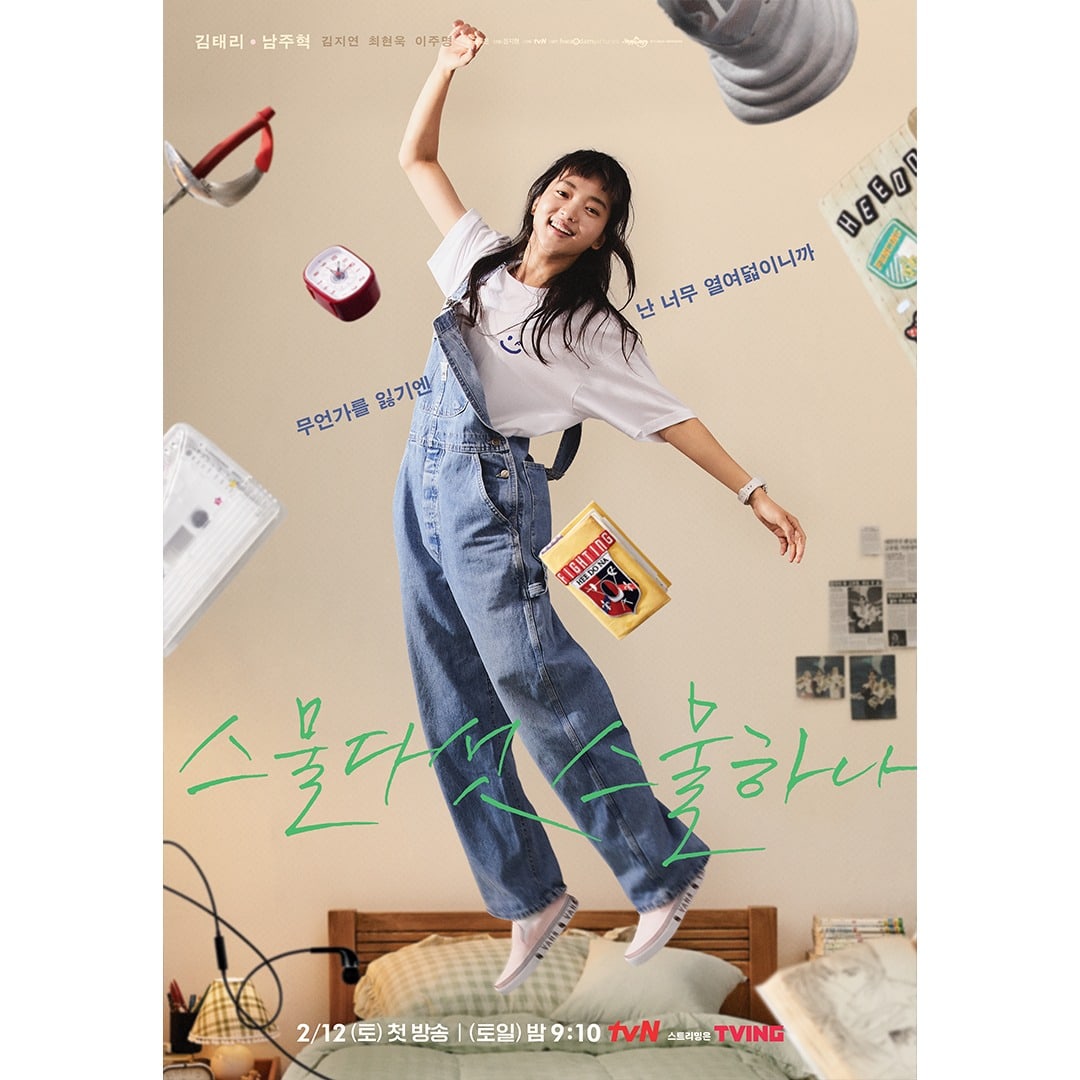 Baek Yi Jin is the eldest son of a family that is torn apart due to the IMF crisis. Despite his difficult background, he works hard to become a reporter. In his character poster, he is wearing a comfortable outfit that includes a white t-shirt, light blue denim jacket, and dark blue jeans, and his radiant smile exudes gentleness and confidence. His room is filled with objects that represent his goal of becoming a reporter. The text on the poster reads, “The times cannot take away happiness,” raising questions about Baek Yi Jin’s struggles to overcome various trials in an era of crisis when the world was full of anxiety and confusion. 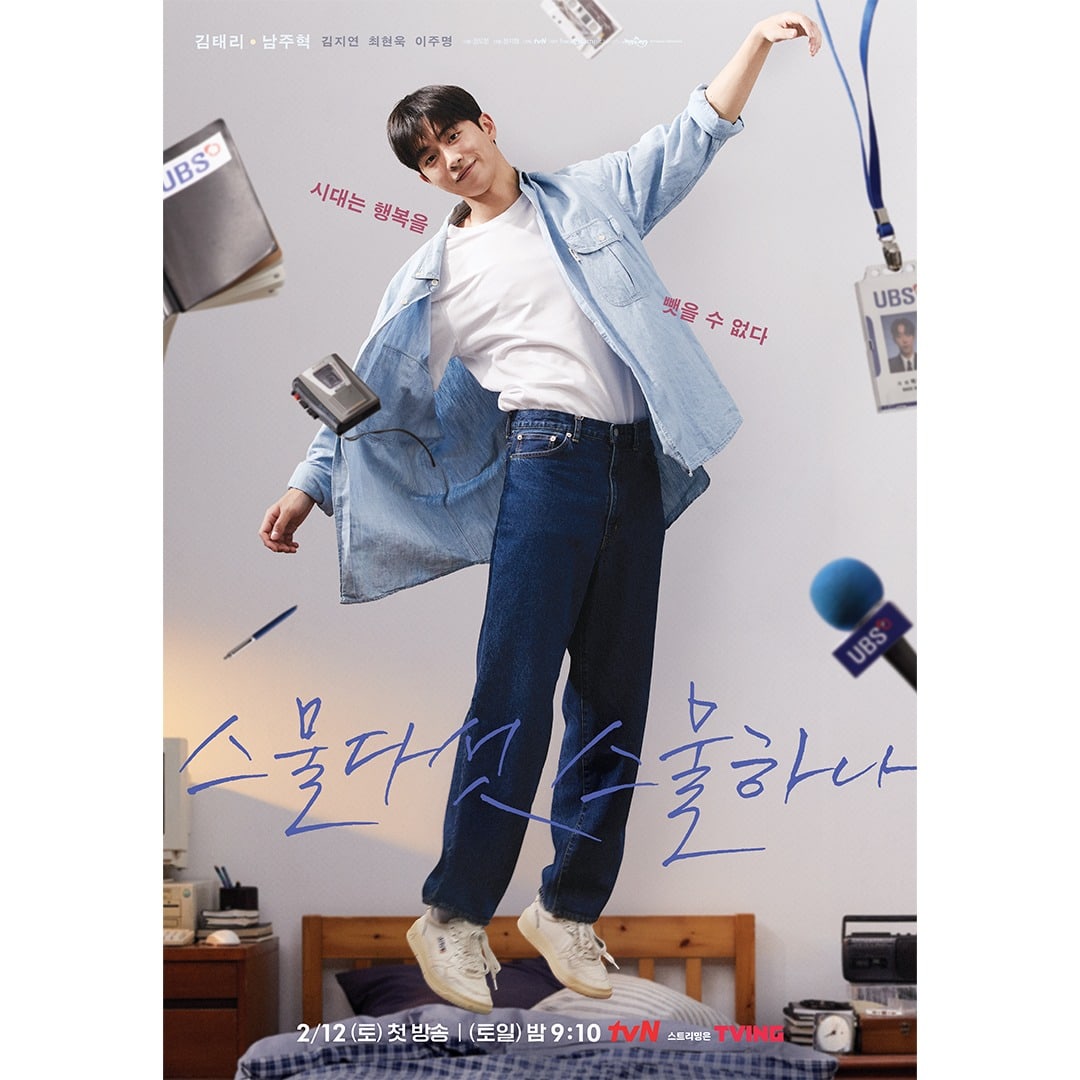