Kim Nam Gil, Jin Sun Kyu, And Kim So Jin Introduce Their “Through The Darkness” Characters, Share Why They Chose The Drama, And More

The main cast of “Through the Darkness” spoke about the drama at their press conference!

SBS’s “Through the Darkness” is set in the late 1990s and is based on the story of the first criminal profiler in South Korea, who looked into the hearts of serial killers at a time when random, motiveless murders were on the rise and the word “profiling” did not yet exist.

The drama is based on a book of the same name written by Kwon Il Yong, South Korea’s first criminal profiler. EP Park Young Soo commented, “I first read this book three years ago. At the time, I couldn’t help but be fascinated by the strong will showcased by those who used innovative methods to stop violent crime. It authentically portrays how the investigation technique of manhunt through psychoanalysis was first used and how it positioned itself into a method of criminal investigation. I wanted this drama to capture the original story’s strength and the story of those whose career it is to read the hearts of criminals.”

Kim Nam Gil will play profiler Song Ha Young of the Seoul Metropolitan Police Agency’s Scientific Investigation of Criminal Behavior Analysis team. The actor shared, “I’m portraying the role of Song Ha Young, a first-generation profiler in our country. In this generation, a profiler was an unfamiliar career and a word people were hearing for the first time. It’s a role that chooses a job where you read the hearts and minds of criminals when there wasn’t any scientific criminal investigation.”

He continued, “There was something attractive about the original story and it became an opportunity to re-evaluate the career of a profiler that was unfamiliar at the time, how to read the hearts of criminals, and a job taken for granted. In terms of acting, I’ve always done characters similar to myself and since I’ve mostly done bright, comedic, and action [acting], this was a bit of a challenge for detailed acting. I felt a sense of challenge and a personal thirst for reading and expressing emotions through one’s gaze, without using a lot of muscles.”

Kim Nam Gil added, “I was also personally touched that I got to work with Jin Sun Kyu and Kim So Jin. The biggest thing was [working with] director Park Bo Ram, who I met during ‘The Fiery Priest.’ At the time, I was half joking and half serious when I said, ‘I’ll help you if you seal the deal,’ as young producers need to secure their spots. After the end of ‘The Fiery Priest,’ I received a story for a two-part show so I readily agreed but that didn’t work out well. After some time had passed, [the director said,] ‘This is it. Read it. Please keep the promise you made me.'”

Jin Sun Kyu will turn into Song Ha Young’s friend and colleague Guk Young Soo, the team leader of the Criminal Behavior Analysis team. He commented, “Guk Young Soo is someone who makes Song Ha Young into a profiler who can read the hearts of criminals. He’s the character who makes our country first try out scientific criminal investigation so that profiling can be used as a method to chase down serial killers.”

He added, “The reason I chose to appear was because the script I received was so fun. There have been a lot of dramas but this extent of professionalism was remarkable and there have been a lot of profilers but the process through which this job was created was fun. On top of this, I really enjoyed being able to work together with King Nam Gil and King So Jin,” making everyone laugh with his sudden compliments.

Kim So Jin will star as Yoon Tae Goo, the team leader of the Mobile Investigation Unit at the Seoul Metropolitan Police Agency. She elaborated, “Back then, there were a lot of hardships due to harassment and prejudice that a female detective had to endure. Despite that, she is a tough and charismatic character who leads the team and works more competitively than anyone in order to catch criminals and receive recognition for her skills.”

Kim So Jin continued, “I was curious about following the hearts of criminals, but this is a project that makes you even more curious about the hearts of the people who read the criminals’ hearts. While reading the original, rather than the incidents, I had more attention and affection for the concerns of those who endured hard times while competitively fighting with their own selves in order to catch and stop criminals. Personally, although it was acting, I felt uncomfortable and scared to confront these horrible incidents. Aside from that fear, I thought that there would be something more that I hadn’t seen yet. Although the work won’t be easy, I thought that the process of working together would be meaningful and valuable so I worked up the courage to participate.” 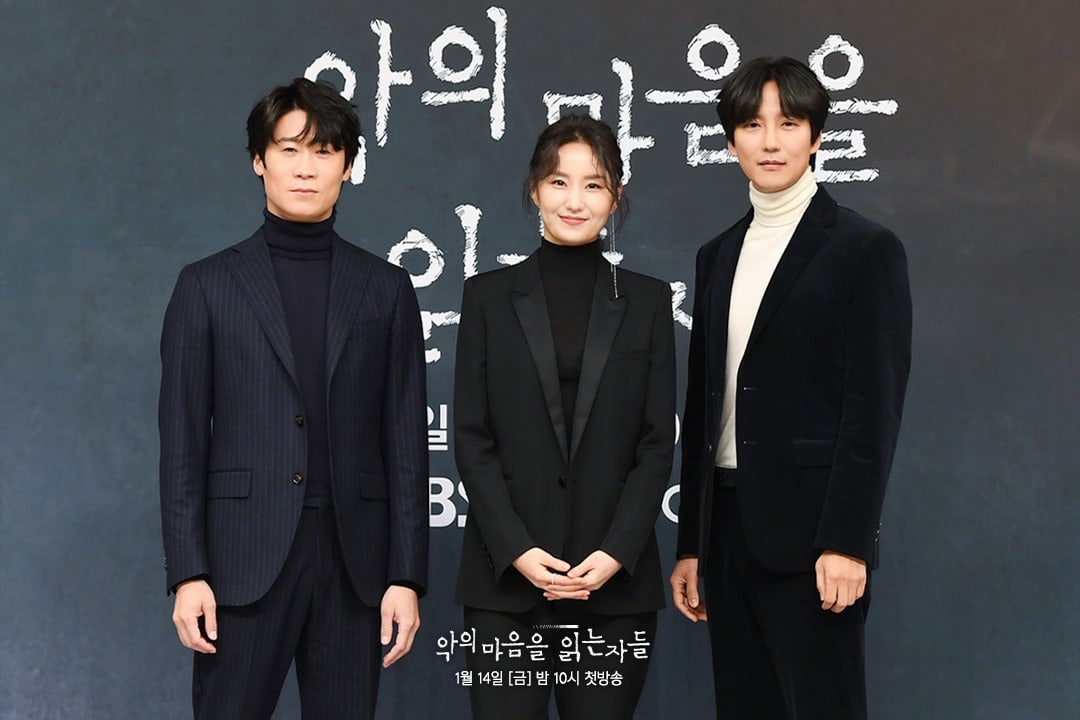 Lastly, EP Park Young Soo commented, “Since it’s a period piece, there are difficult aspects. For example, there can’t be any recent cars in the shot so we worked hard to film while avoiding cars. As the years change, the characters’ cell phone versions keep changing too. There will also be fun in watching that history of change. Among the locations from that time, there were many that were no longer there or were hard to film in. For those places, we used special measures to film and it will be fun if you find out how we implemented those through the drama.”

He continued, “We are drawing out the story of the most professional people that has never been dealt with before in a Korean drama. We are capturing it with utmost detail. I believe it will become a refreshingly new drama. I also think it will be fun to watch the passionate acting from our top actors.”

Check out Kim Nam Gil in “The Fiery Priest” here!