Park Ha Sun Shares The Biggest Reason Why She Married Ryu Soo Young, How She Approaches Her In-Laws, And More

On the January 11 broadcast of KBS 2TV’s “Problem Child in House,” Park Ha Sun and Kwon Yool appeared as guests. During the quiz segment, it was revealed that many married couples sleep in different beds. Park Ha Sun was then asked about her home’s sleeping arrangement to which she replied, “We have the biggest [bed]. It’s an eastern king, which is the biggest among king [sized beds], so it’s not that uncomfortable. There are times when we use different blankets.” 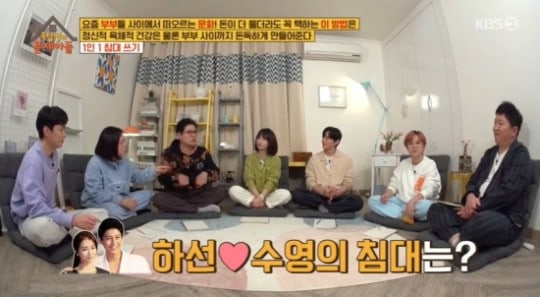 Park Ha Sun and Ryu Soo Young met on the set of the 2013 drama “Two Weeks” and began dating in 2014. The couple got married in 2017 and have one daughter together. Cast member Song Eun Yi commented, “From what I know, your husband is very expressive and talkative. He’s the type to constantly make jokes. Ha Sun is blunt and the type to only say what needs to be said,” contrasting the couple’s personalities.

When asked if she still gets butterflies, Park Ha Sun answered, “There are a lot of different aspects, but honestly, I got married because I like him and feel comfortable. If [the relationship] is fiery and heart-fluttering, the ending usually isn’t so great. Or you fight too much. I don’t think getting butterflies is necessarily a good thing. I like him, I’m comfortable, he feels like family, and I trust that he won’t leave if I get sick.”

Park Ha Sun added, “What I find so fascinating is that even if you try not to, once you’re living together, there are often times when you’re bare-faced or wearing unkempt clothes. Despite that, he says I’m pretty and that he loves me, which I think is really impressive.” 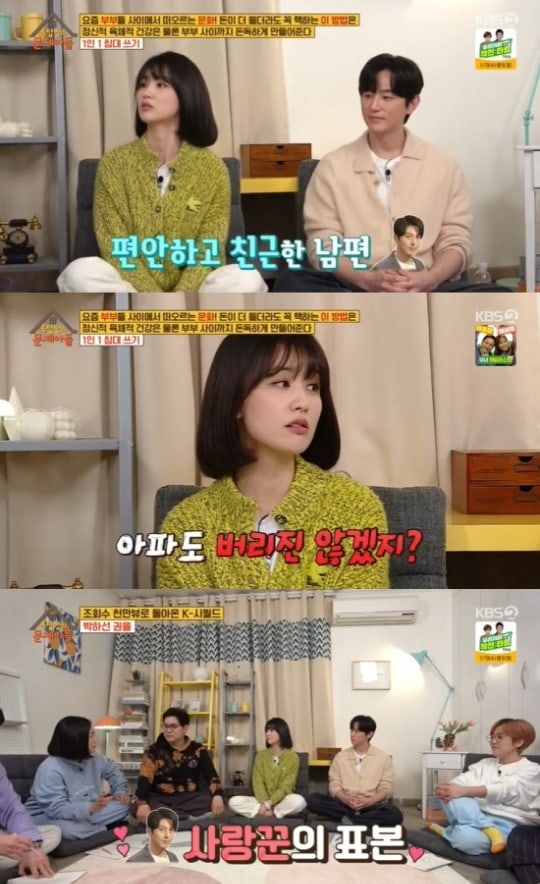 In terms of what kind of daughter-in-law she is, Park Ha Sun revealed, “When I first got married, I couldn’t say what I needed to say.” She then explained, “Now, I say what needs to be said while smiling. My mother-in-law also passes over it while smiling.”

Kwon Yool was also asked about the last time he dated. He responded, “It’s been a while for me. I think about three and a half to four years. I’ve started thinking that I’m lonely.” The hosts commented that there must be many people asking him out, to which he replied, “There aren’t. Really.” 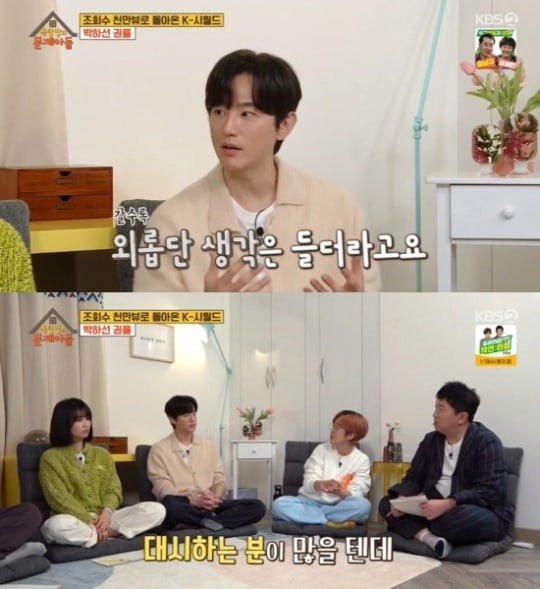