KBS 2TV’s “School 2021” has shared a sneak peek of the upcoming episode!

On the previous episode of “School 2021,” Jung Young Joo (Chu Young Woo) secretly infiltrated the school to find the record of the board of directors’ meeting that showed they were against Lee Kang Hoon’s (Jeon Seok Ho‘s) dismissal. However, Gong Ki Joon stopped him from breaking the doorknob. The next day, it was revealed that a thief had broken into the chairman’s office, and Gong Ki Joon, who came to school late at night, was targeted as the culprit.

Newly released stills show Gong Ki Joon, Jin Ji Won, Jung Young Joo, and Kang Seo Young (Hwang Bo Reum Byul) gathered together with serious expressions on their faces. The four of them put their heads together to find a solution to overcome a troublesome situation. Some ideas they bring up are filing a petition to the Blue House and calling a news station to report what’s happening. However, the four characters face unexpected difficulties, leaving them in a baffling situation. In particular, Jung Young Joo talks to someone on the phone, and his anxious expression piques curiosity about who he’s calling for help. 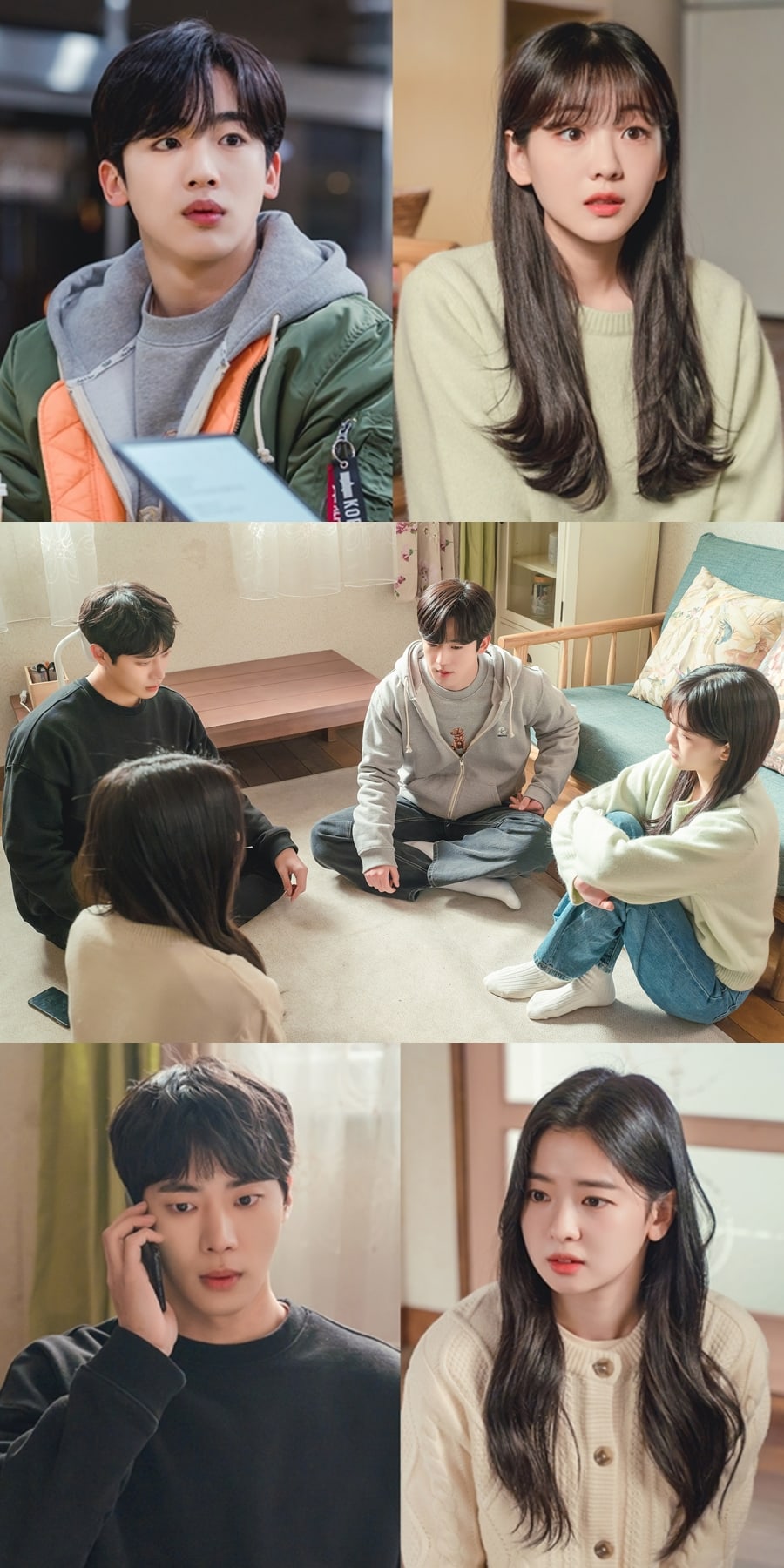 The drama’s producers hinted that today’s broadcast will depict young people confronting tyranny. They added, “Please watch the drama to see whether those working hard to solve the problem will be able to prevent Ku Mi Hee’s (Lee Ji Ha’s) tyranny and what will happen to Gong Ki Joon, who was blamed as the thief.”