Na Hee Do is a fencing athlete whose high school team was disbanded due to the IMF crisis. Although her dreams appeared to have collapsed in front of her, she forges ahead into her future without giving up. In the newly released stills, Na Hee Do practices fencing movements in her school uniform. Standing in the open outdoors instead of a gymnasium, her bright eyes sparkle as she stretches her arm into the open air with an imaginary fencing sword. 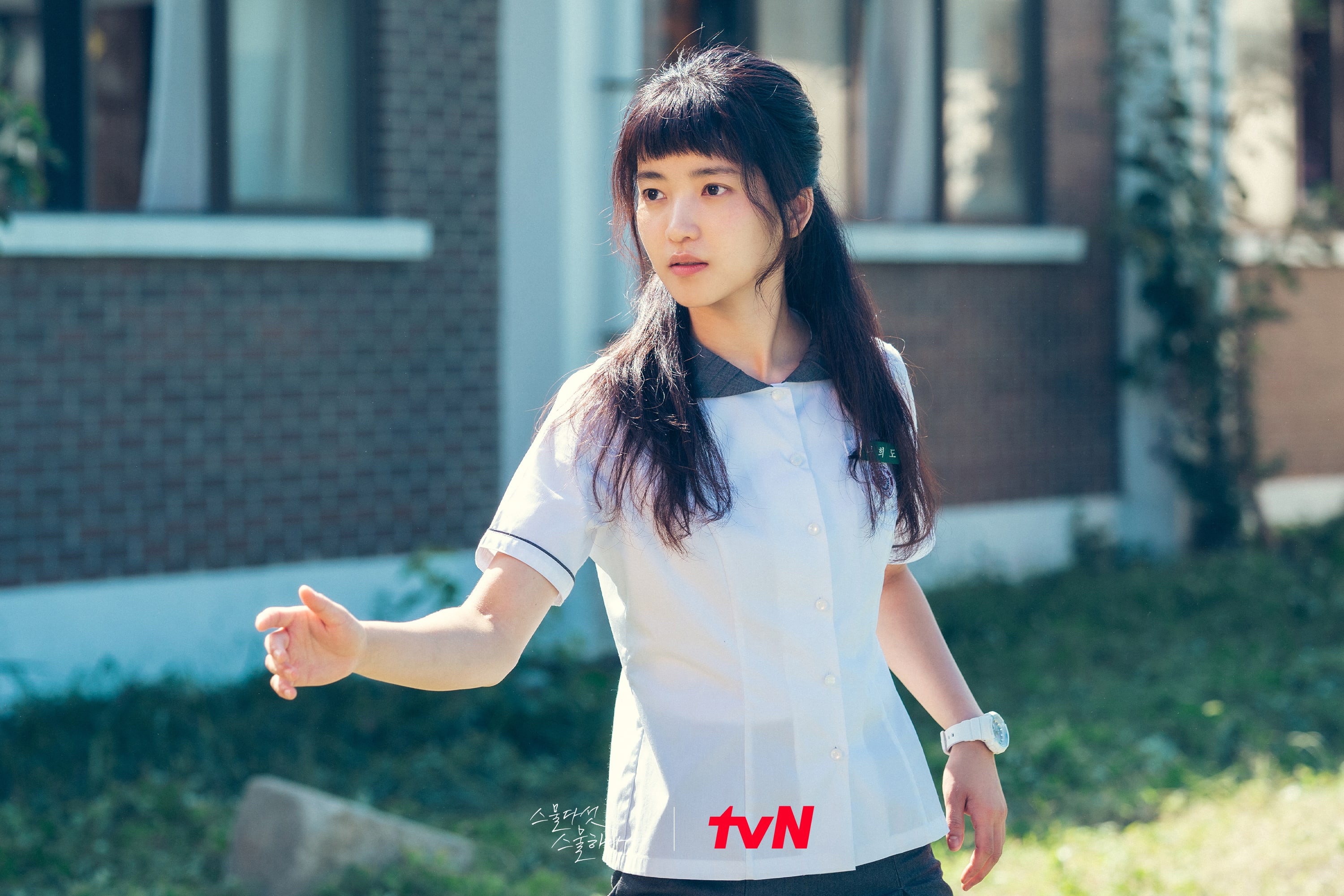 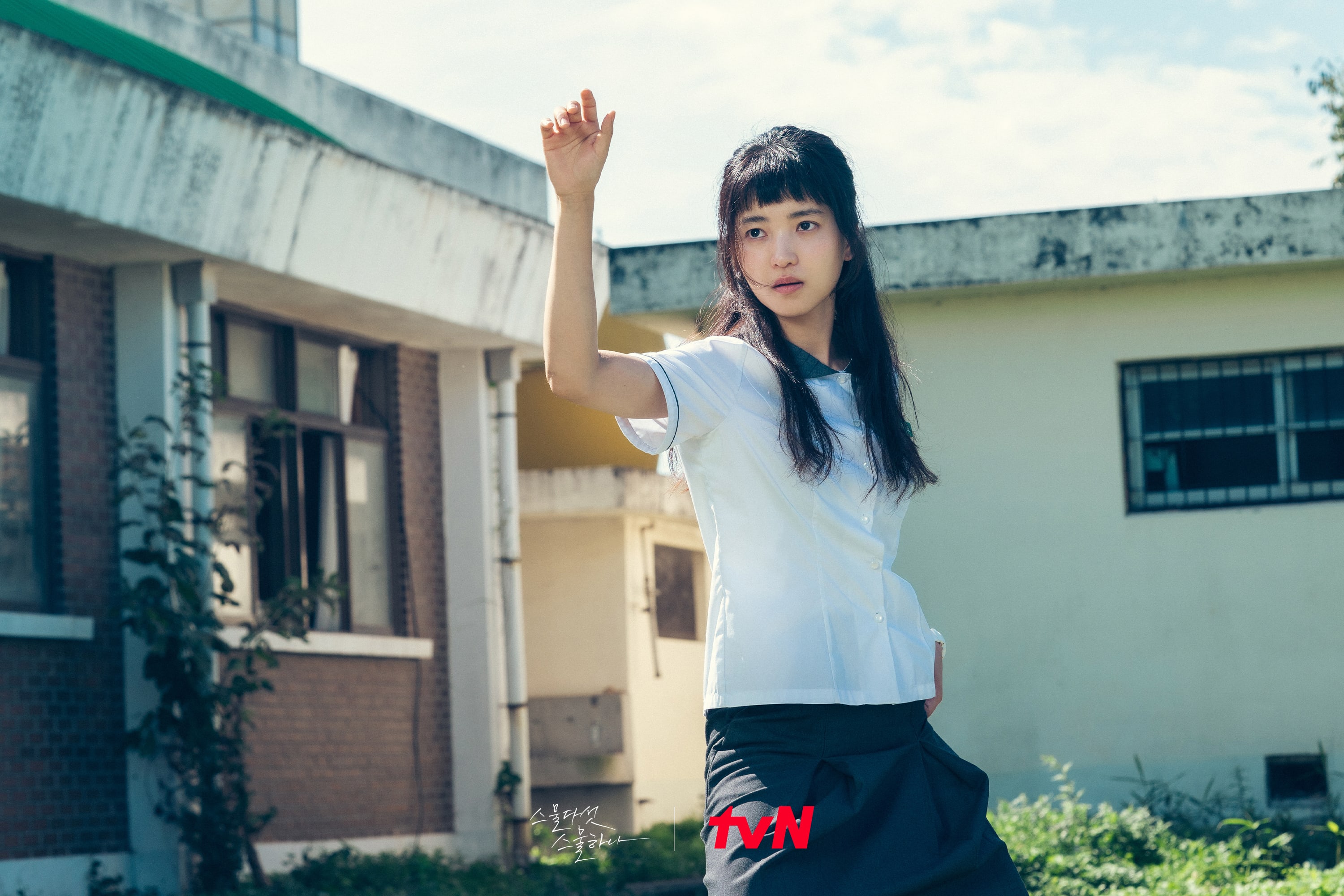 Other images capture Na Do Hee completely immersed looking at a white chrysanthemum flower and smiling brightly towards the sun.

Regarding why she decided to star in “Twenty Five, Twenty One,” Kim Tae Ri shared, “The writing is really interesting. The character Hee Do is an individual with colors I’ve never seen before, so I was curious.” The actress added that she was also drawn to the topic of fencing, which is a slightly unfamiliar sport to her. 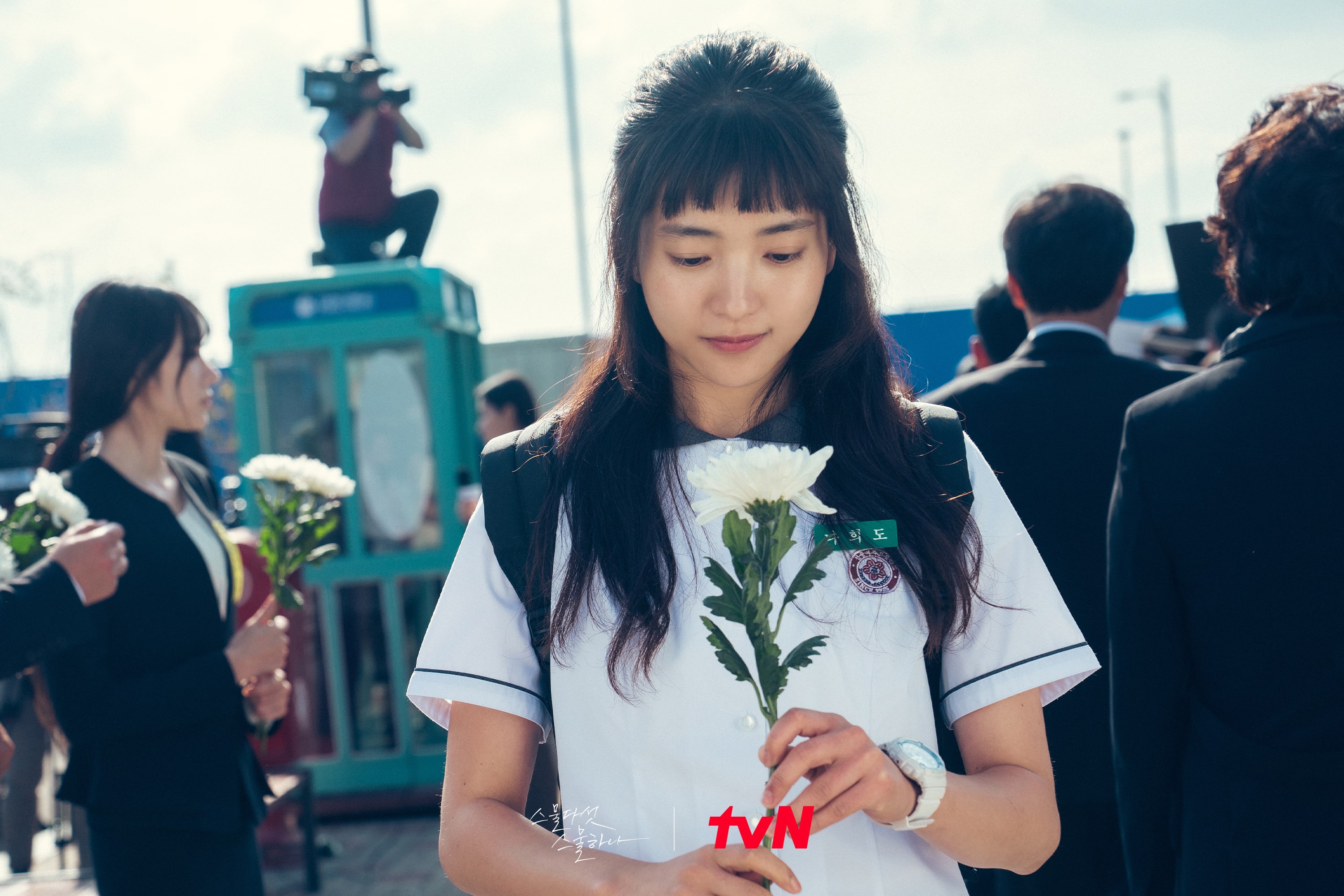 On her character, Kim Tae Ri explained, “She’s a youth who started off as someone dreaming of becoming a fencer, but she’s currently going through a slump. Nevertheless, she loves fencing so much that she’s stubbornly walking towards her dream. Normally, her personality is extremely bright, and she’s the type to run while only looking forward, but she’s also a character who is more sincere than anyone else about her dreams.”

Kim Tae Ri elaborated, “The aspect I like the most is that Hee Do is a child who always walks forward. She’s not someone who despairs after failure, her tragedies don’t end in tragedy, and she’s a strong kid who has no fear of moving forward.” 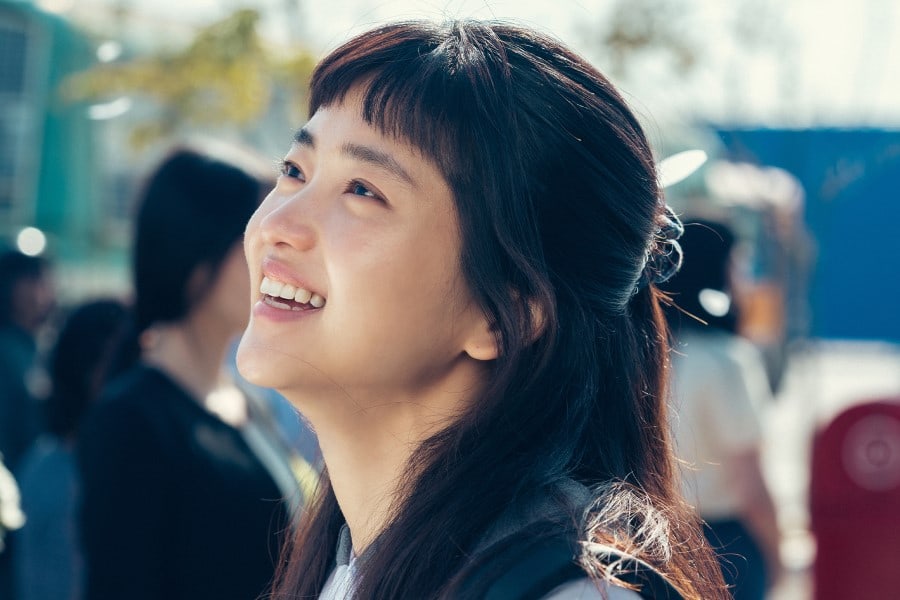 The production team shared, “Kim Tae Ri has outstanding determination and tenacity for acting, and she is an actress who is more passionate than anyone else like a shining jewel. We became awed after watching Kim Tae Ri put in a great deal of effort for every scene. Please look forward to Kim Tae Ri’s performance, which will engrave the word ‘youth’ in everyone’s minds as she brings life to her character Na Hee Do in ‘Twenty Five, Twenty One.'”

In the meantime, watch Kim Tae Ri in “Little Forest” below:

Kim Tae Ri
Twenty Five Twenty One
How does this article make you feel?