ONEUS has now announced the dates for their upcoming U.S. tour! 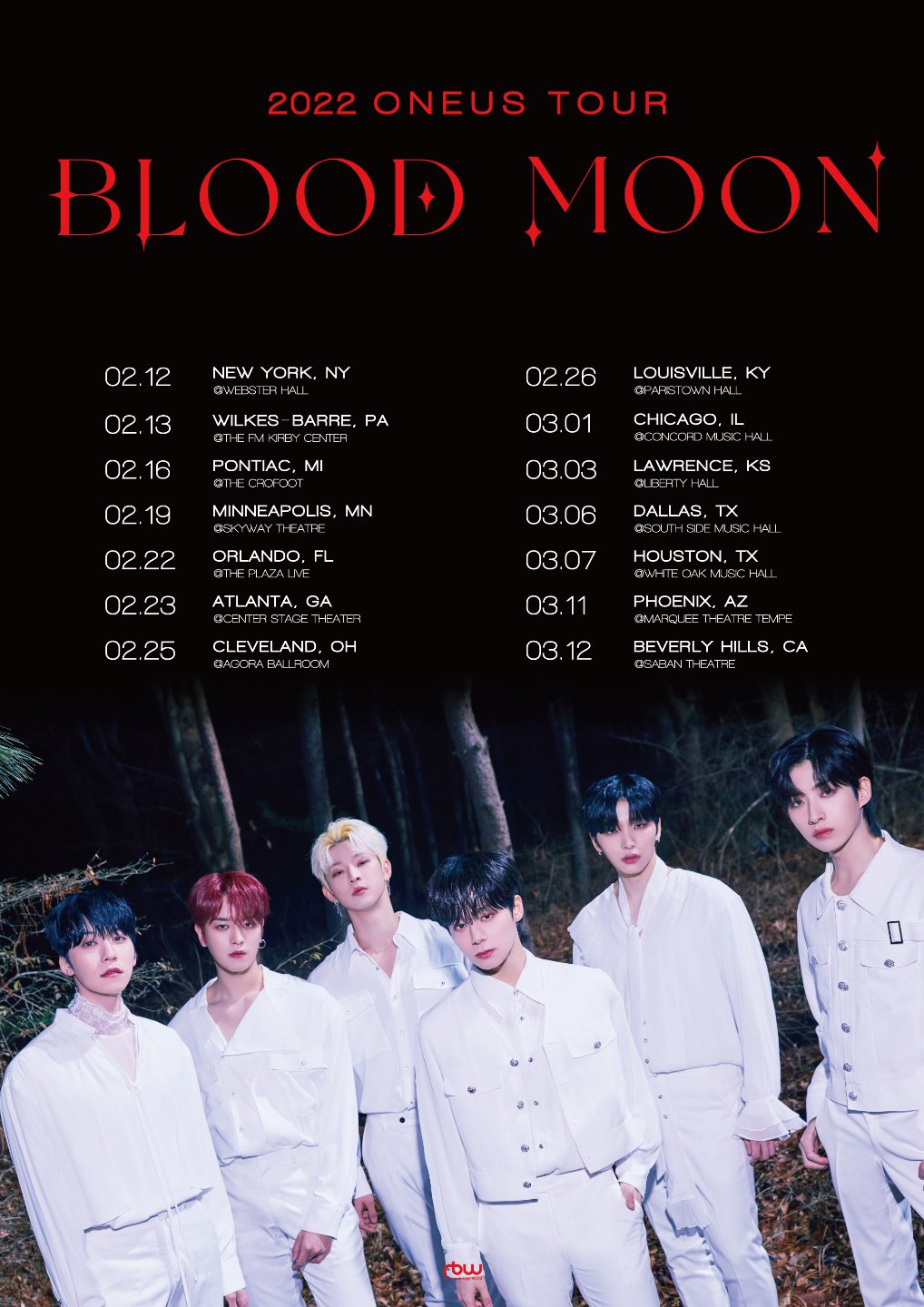 ONEUS is heading to the United States!

On January 13 at midnight KST, ONEUS officially announced their plans for a 2022 tour that will take them stateside later this year.

Although the group has not yet revealed specific dates for their upcoming “BLOOD MOON” tour, they released a cinematic teaser that ends with the names of 14 U.S. cities: New York, Wilkes-Barre, Pontiac, Minneapolis, Orlando, Atlanta, Cleveland, Louisville, Chicago, Lawrence, Dallas, Houston, Phoenix, and Beverly Hills.

Check out ONEUS’s new teaser for their 2022 “BLOOD MOON” tour below, and stay tuned for more details!