Red Velvet’s Joy has been capturing viewers’ hearts with her role in “The One and Only”!

JTBC’s “The One and Only” is an emotional romance drama about three terminally ill women who meet at a hospice. They decide that before they die, they want to take down one bad guy before they go—but in their attempt to take down just one person, they end up meeting the most valuable person of their lives. Ahn Eun Jin stars as Pyo In Sook, a woman recently diagnosed with a terminal illness, who joins Sung Mi Do (Joy) and Kang Se Yeon (Kang Ye Won) on a journey of realizing the meaning of life.

In her role as influencer Sung Mi Do, Joy has conveyed bright energy, her ability to be bold and straightforward, as well as her hidden inner pain. Here are three of the most interesting aspects of Sung Mi Do’s character in “The One and Only”:

1. The pain hidden behind her extravagant appearance

Sung Mi Do is a social media influencer who is always flaunting the most extravagant looks. However, behind that bold, luxurious, and glamorous exterior, she hides an unimaginable pain. The pain she’s harbored since her childhood has not yet healed, and even as an adult, she still fights with loneliness. This is also the reason why she longs for love and attention from others. Even when she is diagnosed as terminally ill, she checks how others are emotionally responding to her before evaluating her own feelings. She even posts the news on social media and feels happy to receive sympathy from others, which in turn left viewers feeling sad for her.

2. The sincerity she gives to those who are on her side

When Sung Mi Do was younger, she was an outcast, and now that she’s an influencer, she is still the odd one out among other stars who were born into their fame and riches. Despite that, Sung Mi Do has finally found people who are on her side in Pyo In Sook and Kang Se Yeon, who are both in the same position as her. Now that she finally has “her people,” Sung Mi Do tries to help them by making an elaborate plan to avoid suspicion. Although Pyo In Sook is the one who ultimately uses a golf club as a murder weapon, the reason Sung Mi Do doesn’t remove herself from the situation is because she’s happy to be a part of a team. Once Sung Mi Do receives her diagnosis, she’s lost and unsure of what to do next, but the specific situations she’s thrown into make her forget all about dying. Although the three ladies bicker, Sung Mi Do is honest and genuine with her people and stands up for them. 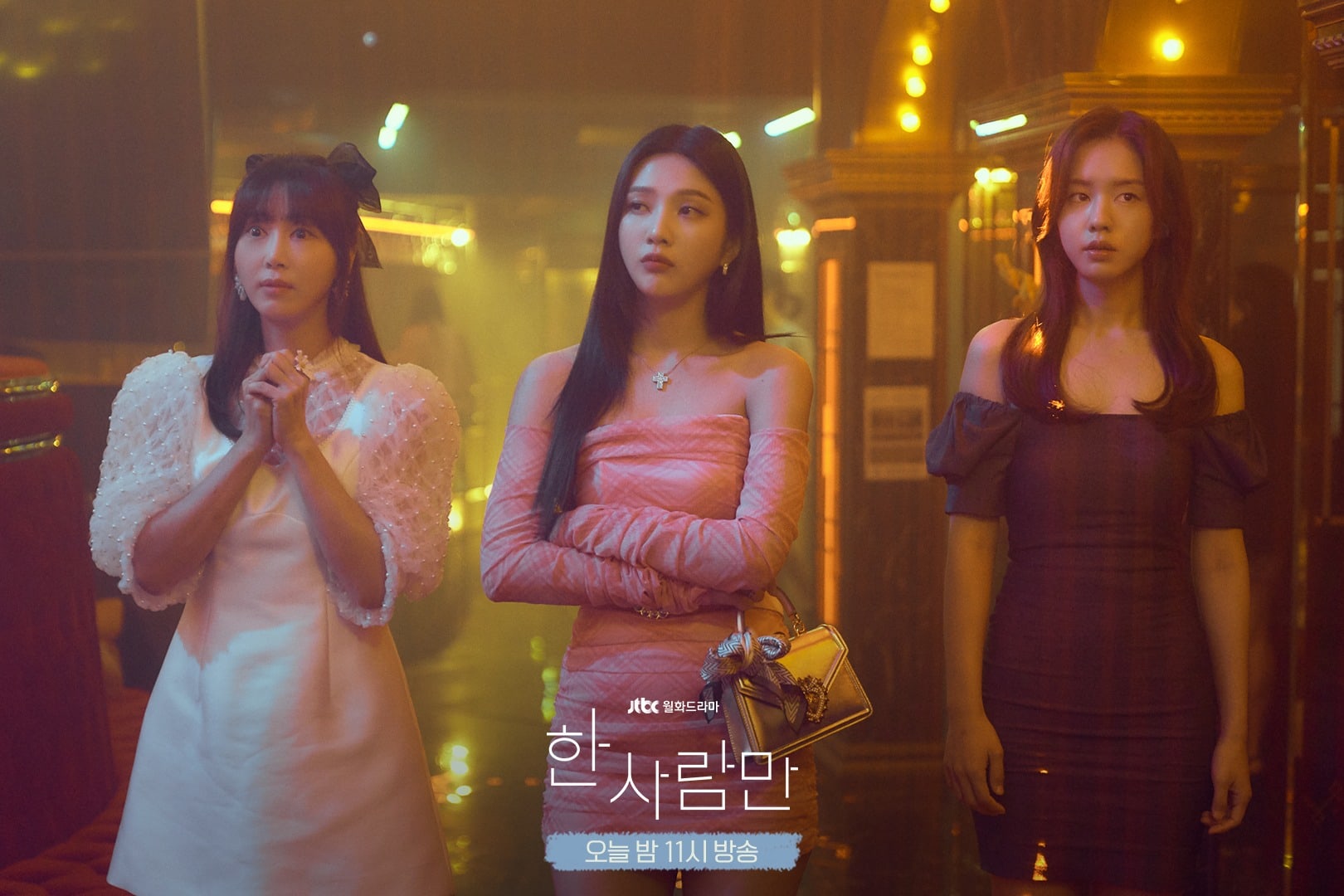 On top of all this, Sung Mi Do embarks on a romance with Gu Ji Pyo (Han Kyu Won), a chaebol heir whom all women have eyes for. Despite being the object of affection for many, Gu Ji Pyo confesses his feelings for Sung Mi Do in public and even proposes marriage. Their roller coaster love story is the complete opposite of the romance between Pyo In Sook and Min Woo Chun (Kim Kyung Nam), but both are heart-fluttering in their own ways.

However, in the latest episode, viewers were shocked to find out that Gu Ji Pyo is “1,” the person who ordered the murder of Ha Yong Geun (Baek Hyun Jin). Without knowing this, Sung Mi Do drunkenly tells Gu Ji Pyo what happened the night they dealt with Ha Yong Geun. Growing nervous about the messy situation, Sung Mi Do starts wishing that Pyo In Sook would turn herself in. As the second body turns up and it becomes a serial murder case, viewers can look forward to finding out what kind of role Sung Mi Do’s love story will play in the situation.

JTBC’s “The One and Only” airs every Monday and Tuesday night at 11 p.m. KST.

Start watching the show with English subtitles below!