Yoo Ah In, Ahn Eun Jin, And More Confirmed For New Drama By “My Name” Director

On January 13, it was announced that Yoo Ah In, Ahn Eun Jin, Jeon Seong Woo, and Kim Yoon Hye will be starring in the new Netflix series “Goodbye Earth.”

In “Goodbye Earth,” there are 200 days remaining until Earth’s collision with an asteroid, and the drama tells the stories of four individuals living through the chaotic situation. 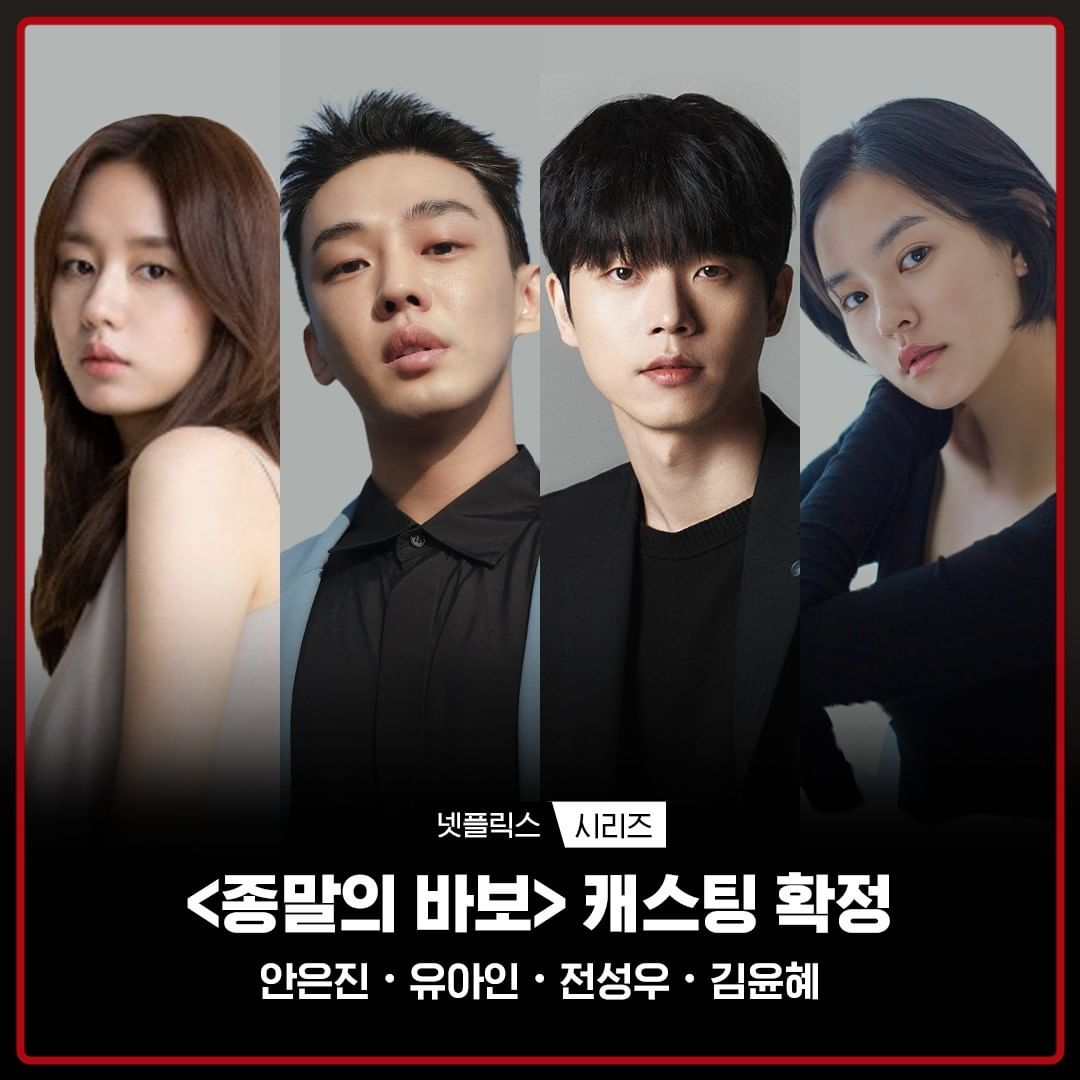 Ahn Eun Jin is set to play Jin Se Kyung, a former middle school tutor. With the asteroid incident, she begins volunteer work with Ungcheon City Hall in order to protect children from the dangerous situation.

Yoo Ah In takes on the role of Ha Yoon Sang, Se Kyung’s longtime boyfriend. He is a researcher of the Institute of Bioscience and Biotechnology, and he leaves the safety of the United States to be by Se Kyung’s side in Korea, an area that is in danger.

Jeon Seong Woo will transform into Woo Sung Jae. When the head priest disappears after the announcement of the asteroid incident, Sung Jae becomes an assistant priest and takes care of people of the church.

Kim Yoon Hye’s character Kang In Ah is a commander of a combat service support battalion. As Ungcheon has fallen to ruins, she goes around the city to distribute supplies and maintain order.

“Goodbye Earth” will be directed by Kim Jin Min of “Extracurricular” and “My Name,” and the script is written by Jung Sung Joo of “Secret Love Affair.” The drama is currently completing final preparations to begin filming soon.

While waiting, watch Yoo Ah In in “Secret Love Affair”:

And Ahn Eun Jin in “The One and Only”: