“Forecasting Love and Weather” is a new drama about the passionate yet unpredictable work and love lives of people who work at the Korea Meteorological Administration, Korea’s national weather forecast service.

Cha Young Hoon warmly greeted the actors, saying, “I want to make a natural and comfortable drama. So, I hope that everyone can have a pleasant and fun time filming.” 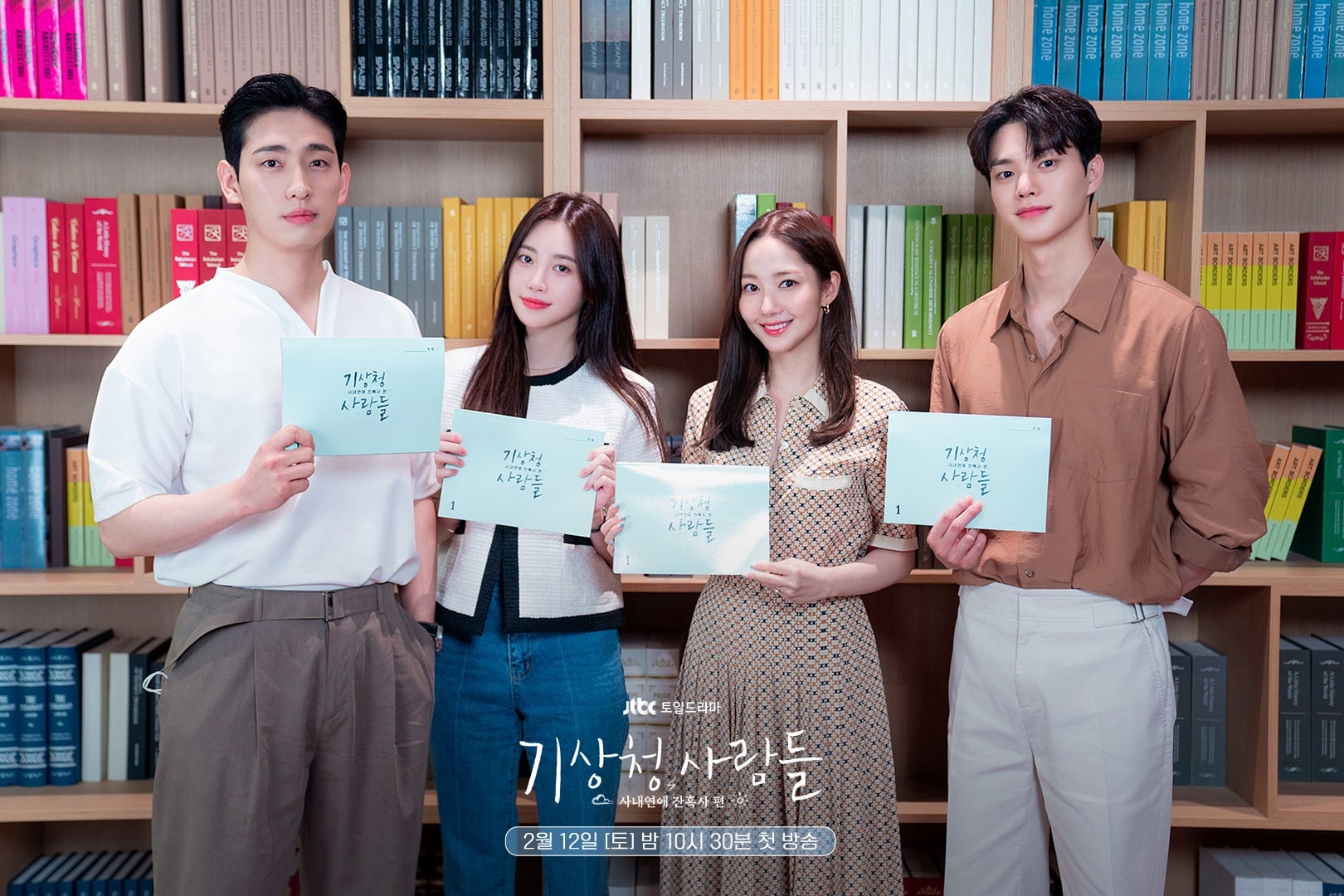 Park Min Young introduced her character Jin Ha Kyung as a character “who is sensitive and feisty and is known as a voluntary outsider.” Jin Ha Kyung is an intelligent and highly organized individual who does everything by the book and is fastidious about keeping her personal and professional lives separate. Park Min Young naturally immersed into Jin Ha Kyung as if the role was meant for her. 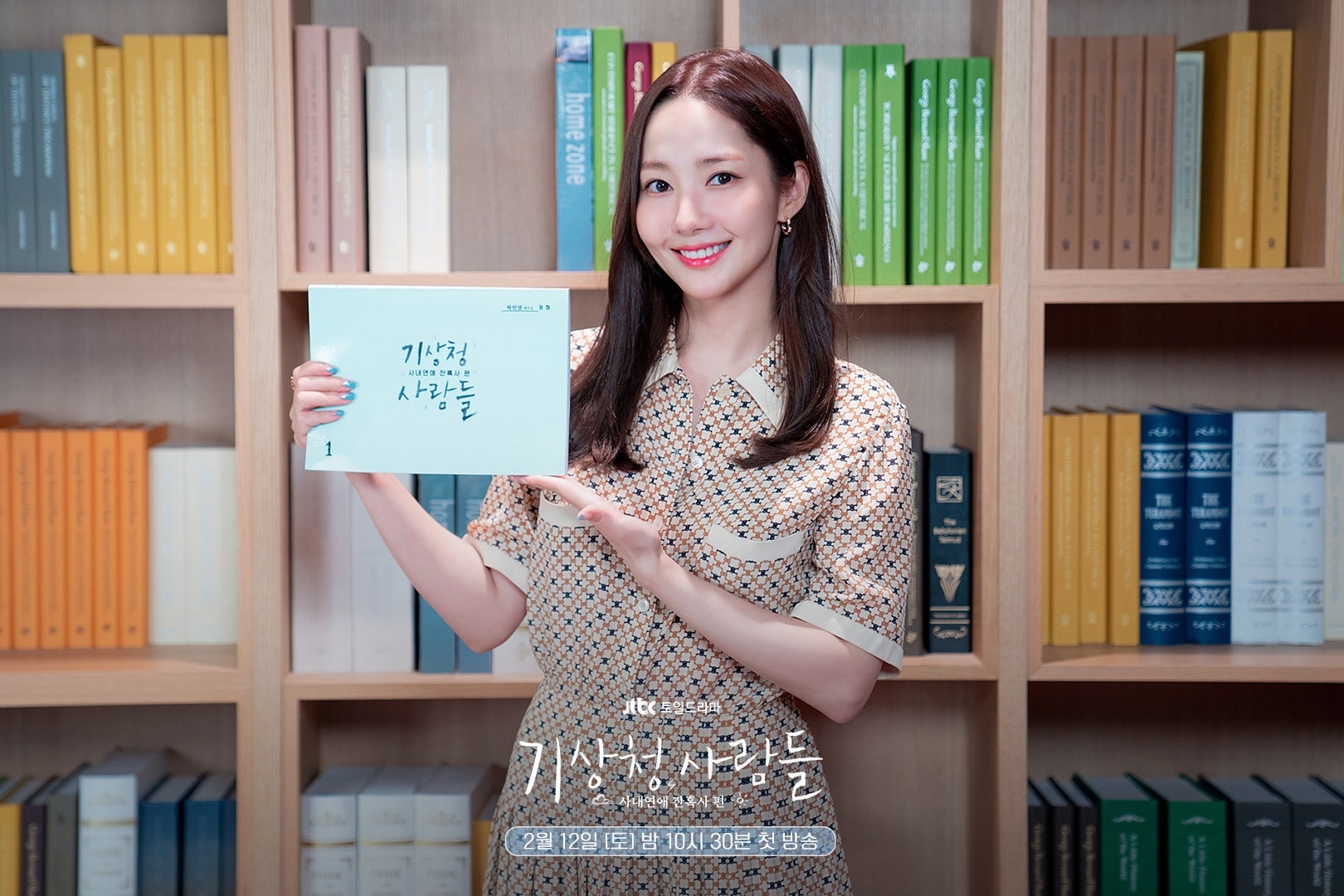 Song Kang will be starring as Lee Si Woo, a free spirit who is always thinking outside the box. Although he can appear clumsy, he boasts an impressive IQ of 150 and is able to achieve anything once he sets his mind to it. However, in spite of his intelligence and abilities, all he cares about is the weather.

The actor brought his character to life with his passionate acting. Above all, he is expected to have excellent chemistry with Park Min Young. Both actors are known for their impressive performances in romance projects, and this time, they’ll make hearts flutter with a different kind of office romance. 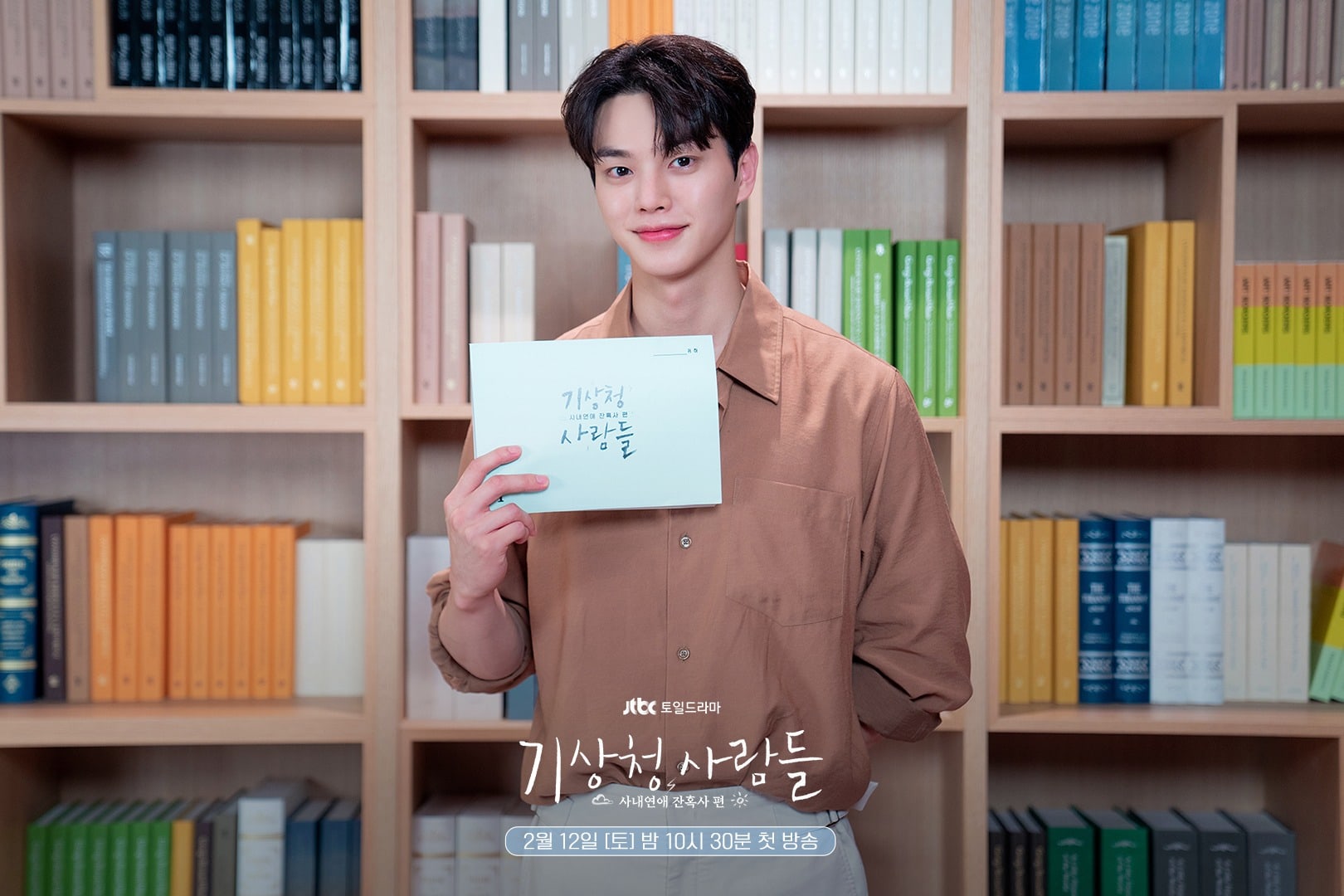 Yoon Bak will be playing the role of Han Ki Joon, a handsome and quick-witted character with a silver tongue. Using his formidable powers of persuasion, Han Ki Joon eventually gets scouted by the spokesperson’s office after struggling in the early days of his career at the service. However, because he has lived his entire life as a model student, he has a hard time dealing with failure.

The actor will show various sides of Han Ki Joon including his ambitious side as a professional and his pitiful side as Jin Ha Kyung’s ex-boyfriend. 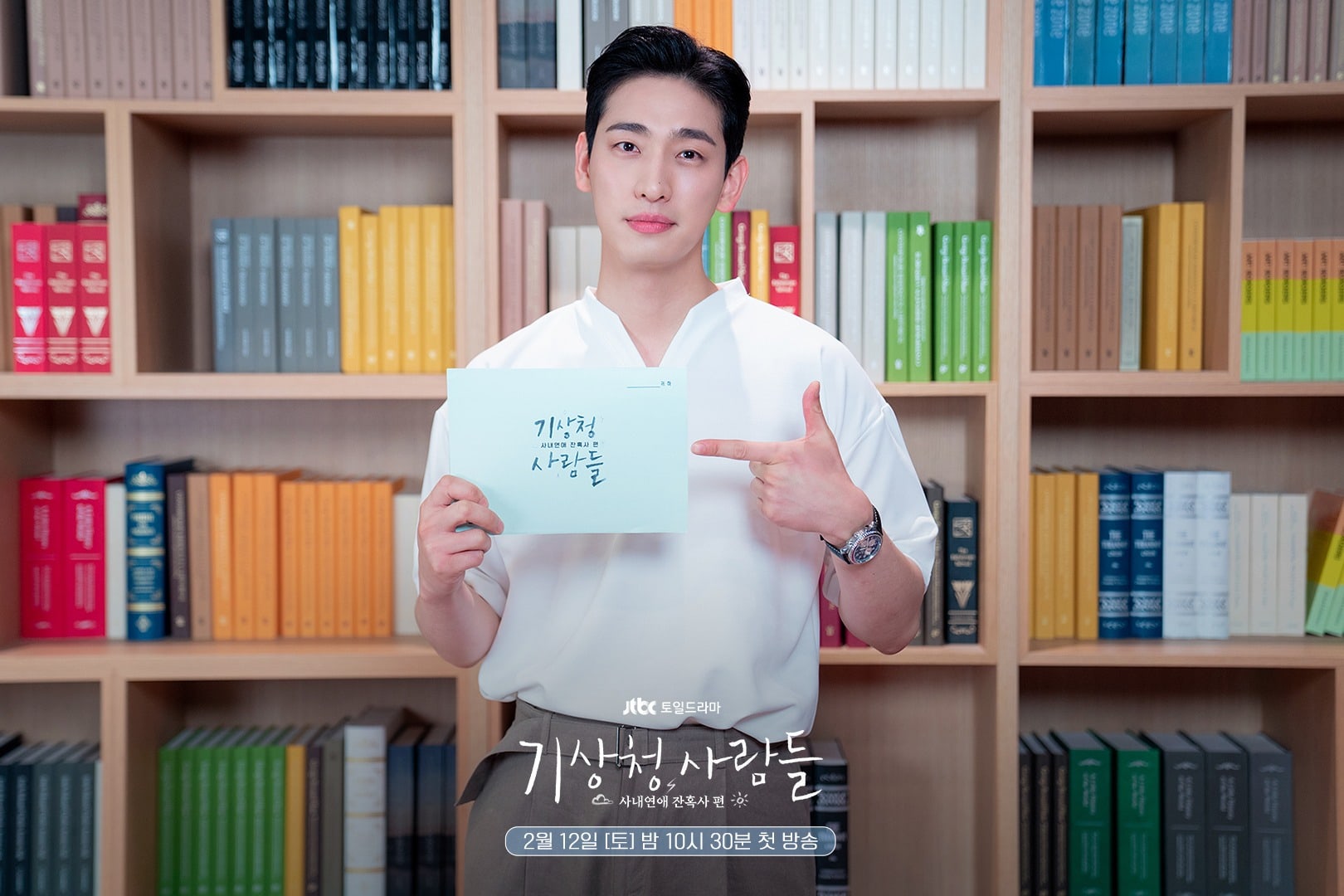 Yura will be playing the role of daily weather reporter Chae Yoo Jin. Although she went into her job with lofty dreams of breaking news, exciting scoops, and on-site reports, Chae Yoo Jin was ultimately assigned to the “weather and lifestyle team.” Yura will show the life of an office worker in her 20s who is arrogant on the outside but actually suffers from instability on the inside. 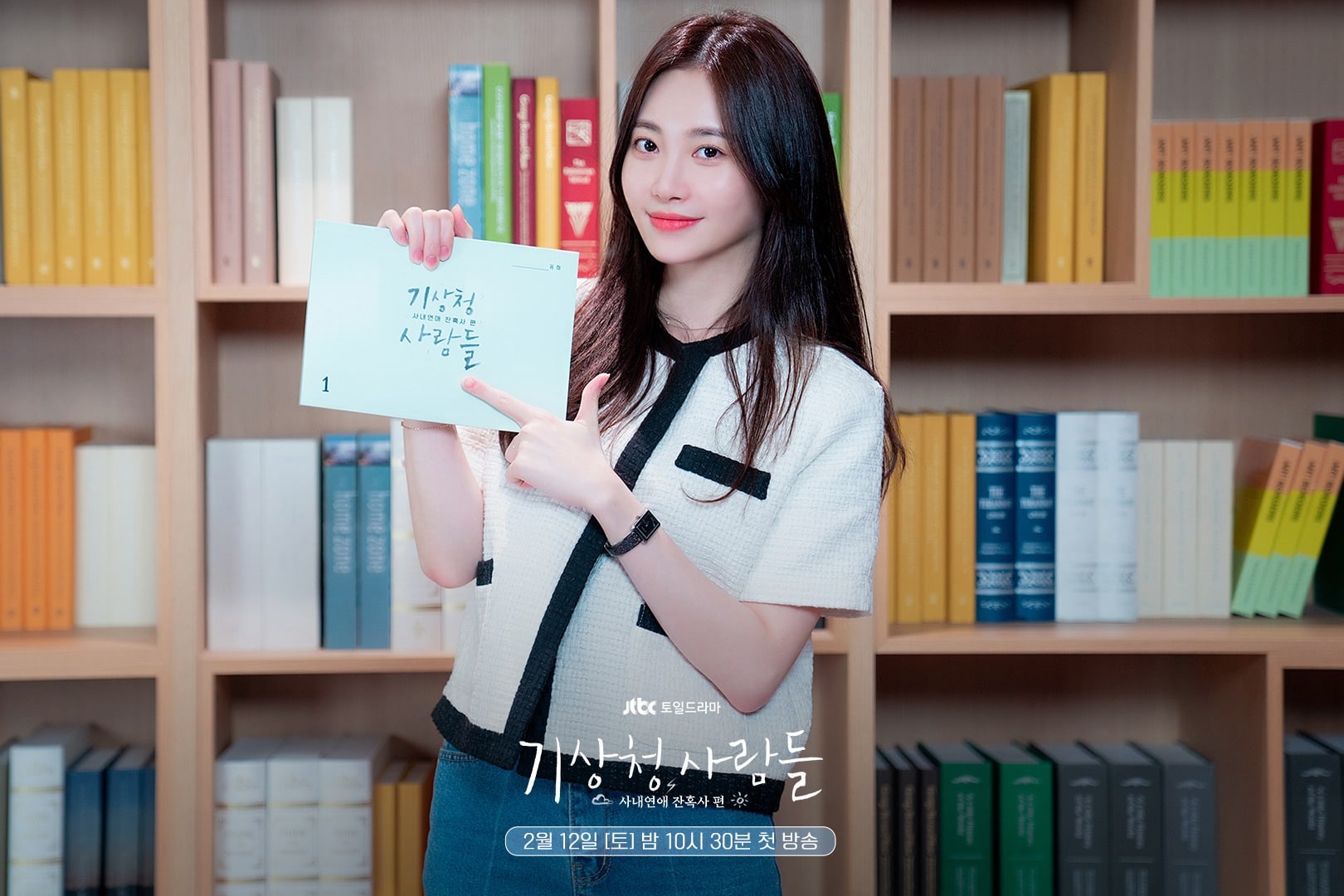 The production team shared, “As actors breathed life into each character that existed only in writing with their lively acting, the unique style of the refreshing, exciting, fun, and interesting project doubled. We will faithfully capture that in the episodes and present a drama that is like a clear and bright weather forecast where viewers can expect a pleasant weekend.”

“Forecasting Love and Weather” will premiere on February 12 at 10:30 p.m. KST. Check out teasers here!

In the meantime, check out Yura in “Now We Are Breaking Up“: