Han Hyo Joo recently did an interview with News1 about her upcoming film “The Pirates: Goblin Flag”!

A follow-up to the 2014 film “The Pirates,” “The Pirates: Goblin Flag” is a period action-adventure comedy about a group of fortune-seekers who take to the high seas searching for lost treasure. The movie stars Kang Ha Neul, Han Hyo Joo, Lee Kwang Soo, EXO’s Sehun, Chae Soo Bin, and Kwon Sang Woo.

Han Hyo Joo plays Hae Rang, a tough pirate captain and ship owner with a sharp sense of judgment, strong charisma, and a warm heart that takes care of her crew. In order to pull off the action scenes, the actress attended stunt training three times a week for three months.

“I really wanted to play the role well,” she said. “I wanted people to feel that an actress taking on stunts wasn’t awkward but refreshing and done well. I became really ambitious about this. I requested that I begin stunt training early because I really wanted to do well. I did it for about three months. I worked hard on the basics so that my body could absorb it, and it seemed like wire stunts would also be useful for a movie about pirates, so I got separate training on that. I also did training in the water. I did so many different types of training that it took up a lot of time.” 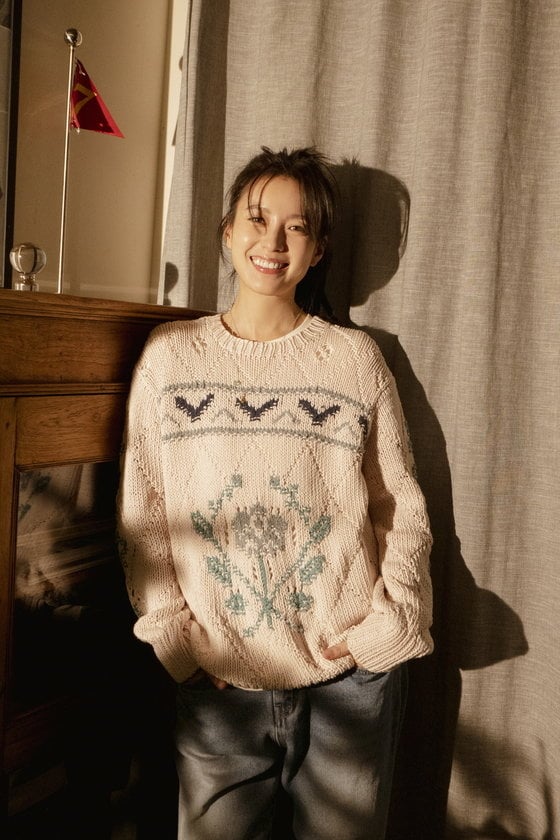 The first “The Pirates” movie starred Son Ye Jin, and the interviewer asked Han Hyo Joo about potential comparisons between the two actresses. She replied, “The first movie received so much love and the character of Yeo Wol was so attractive. I think it’s a great honor to be asked to star in the follow-up movie. It would be a lie to say I didn’t feel pressured by the first movie’s success. I realized I had to work hard on the character so that it wouldn’t become a liability. It’s an honor to follow in the footsteps of a senior actress I like and admire.”

Han Hyo Joo added, “The story is completely different. It’s not a direct continuation of the first film, but an independent, new story. Even if you haven’t seen the first movie, you can enjoy our movie for the first time as if it was a completely different film. Instead of the main actors standing out, I think the movie really comes alive due to the ensemble cast of characters. Even the penguins! It’s a movie that’s funnier for the chemistry between the cast members.” 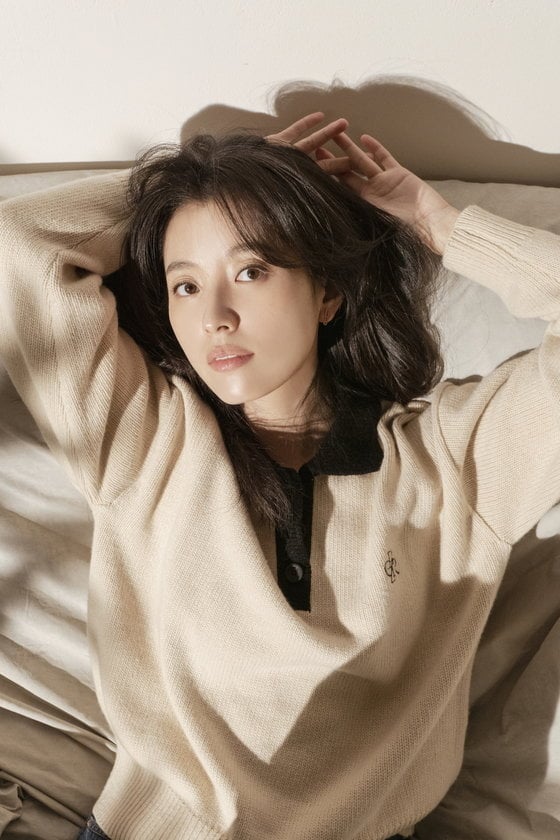 The actress continued to praise her co-stars and the overall chemistry of the cast. “I’m really grateful to have met this team,” she shared. “I feel like I’m really lucky. I enjoyed the process of a lot of cast and crew members coming together on this precious project and pouring their passion into it. The cast gets along so well that when we met up for the first time in a while to begin promoting the movie, it didn’t feel like work but like we were having fun. It’s like going on a field trip every day.”

Han Hyo Joo joked that the best chemistry was between Lee Kwang Soo and the penguin, but she added more seriously, “Kang Ha Neul and Kwon Sang Woo also have really good chemistry. The relationship between their two characters is a major part of the movie. Because they were the foundation, the rest of us felt a sense of stability. Kwon Sang Woo said it was his first period project, but he really made his presence felt.”

About Kang Ha Neul, she went on, “I really wish he’d complained more. No matter how many difficult action scenes he had to do, he didn’t wear guards. I was worried about him and told him to put them on, but he’d say, ‘It’s okay.’ I don’t know if he felt that they were confining, but he’s the style to throw his entire body into something. He doesn’t hold back, says everything is okay, and never lets on that he’s tired or having difficulties. He probably had the hardest time in the underwater scenes. He must have swallowed water with every take, but he never complained of a headache. It was almost enough to make me angry. None of the actors ever complained of being tired, but cheered each other on and kept up each other’s strength. But I was often worried about them because we were all throwing our bodies into the scene without holding back.” 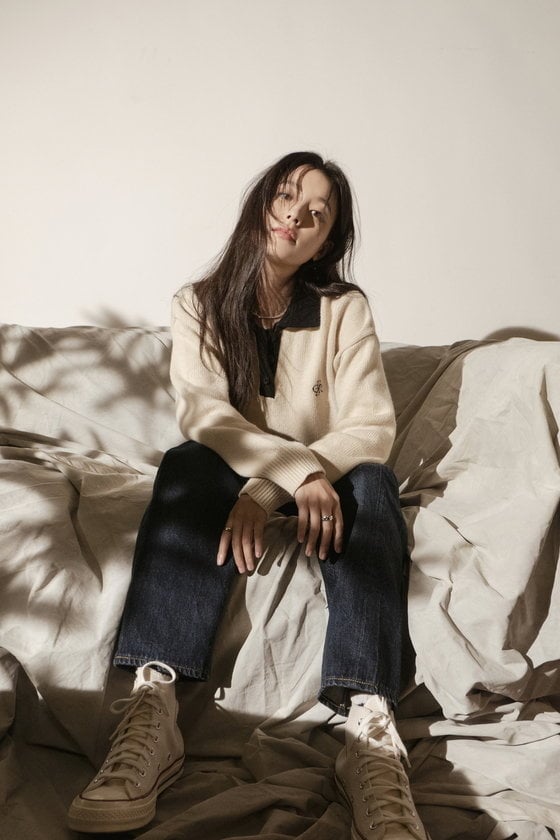 Han Hyo Joo also spoke a little about how her life has changed in the pandemic. “Everything changed really suddenly, really fast,” she said. “These times were very confusing, but everyone feels like that. I’m grateful that as an actor, I was able to continue working despite these hard times. I’m grateful to have been able to continuously work on projects without having to stop. After COVID-19, I filmed this movie as well as the drama ‘Happiness,’ which has finished airing. I’m also working on a new drama called ‘Moving.’ I believe it’s true that a lot of people in the film industry are struggling right now. That’s why I think this movie is particularly meaningful. I really hope it can become a chance for Korean film to awaken and breathe again despite theaters being frozen shut. If we can just hold on a little longer, better days will come, so I hope it can be a source of strength.” 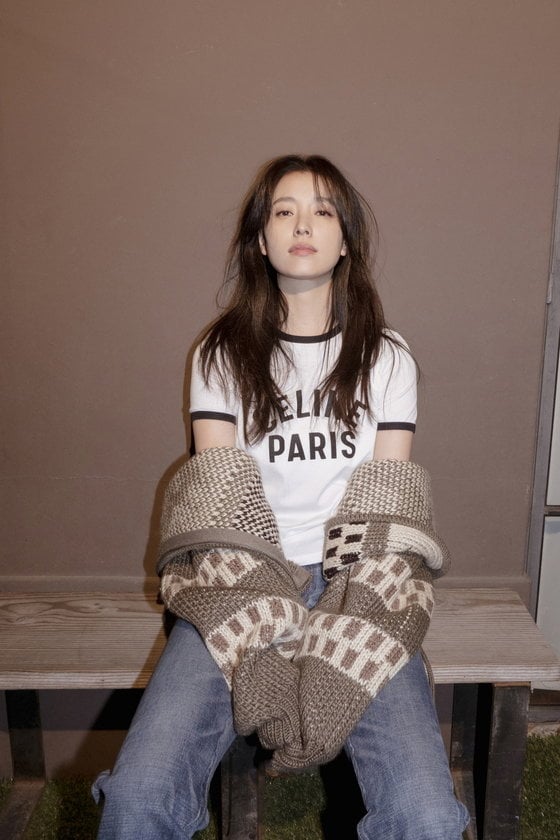 “The Pirates: Goblin Flag” premieres in theaters on January 26.

Check out the first “The Pirates” movie below!

The Pirates
Han Hyo Joo
Son Ye Jin
Kang Ha Neul
The Pirates 2
How does this article make you feel?