SBS’s new drama “Through the Darkness” has shared a preview of the second episode!

Set in the late 1990s, “Through the Darkness” is based on the story of South Korea’s first criminal profiler. Kim Nam Gil will star as Song Ha Young, a member of the Seoul Metropolitan Police Agency’s Criminal Behavior Analysis team, while Jin Sun Kyu will star as his friend and colleague Guk Young Soo, who originally brought him onto the team. Kim So Jin will play Yoon Tae Goo, the team leader of the Mobile Investigation Unit at the Seoul Metropolitan Police Agency, whose sharp instincts have made her a legend among the police.

In the first episode, Song Ha Young persistently dug into a murder case. Park Dae Woong (Jeong Man Sik) insisted that the culprit behind the case was the victim’s boyfriend Bang Ki Hoon (Oh Kyung Joo), and he even received a confession after a coercive investigation. However, Song Ha Young thought otherwise. Despite the fact that all circumstances pointed to Bang Ki Hoon as the criminal, Song Ha Young believed Bang Ki Hoon’s eyes told a different story.

Then Song Ha Young came across the “Red Hat Case” about a man named Yang Yong Chul (Go Geon Han) who committed a series of sexual assaults. Yang Yong Chul hinted that Bang Ki Hoon was not the culprit, and viewers are eager to find out if that’s true and whether Song Ha Young will be able to reveal the truth.

The new stills capture Song Ha Young meeting Yang Yong Chul. Song Ha Young is wearing his signature poker face, and his gaze is serious yet deep. On the other hand, Yang Yong Chul’s expression, eyes, and gestures seem exaggerated. The conflicting atmosphere in the room piques curiosity about their conversation. 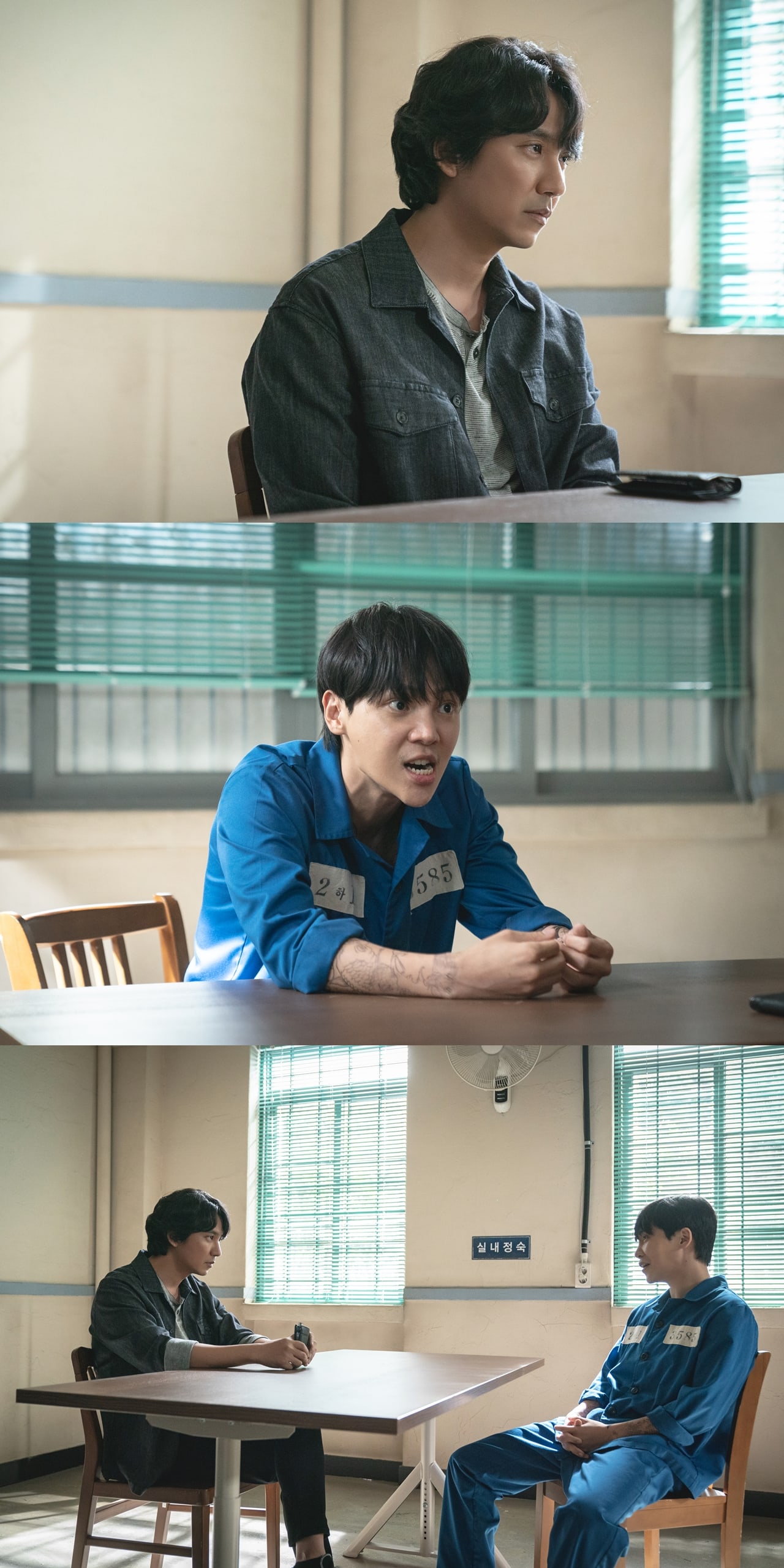 “Through the Darkness” will soon be available to watch on Viki. In the meantime, check out a teaser for the drama with English subtitles here:

Kim Nam Gil
Go Geon Han
Through the Darkness
How does this article make you feel?