“The One and Only” is only going to get more captivating!

JTBC’s “The One and Only” is an emotional romance drama about three terminally ill women who meet at a hospice. They decide that before they die, they want to take down one bad guy before they go—but in their attempt to take down just one person, they end up meeting the most valuable person of their lives. Ahn Eun Jin stars as Pyo In Sook, a woman recently diagnosed with a terminal illness, who joins Sung Mi Do (Red Velvet‘s Joy) and Kang Se Yeon (Kang Ye Won) on a journey of realizing the meaning of life.

Below are three reasons why the drama will keep viewers glued to their screens in its second half.

When they were young, Min Woo Chun (Kim Kyung Nam) was on the brink of death when he was saved by Pyo In Sook. The two fated characters then later meet again at the scene of a murder, and this is when things begin to get complicated. Although they both have the same objective of taking down the bad guy Ha Yong Geun (Baek Hyun Jin), the one who took care of the matter was Woo Kyung Mi (Cha Hee).

Pyo In Sook and Min Woo Chun are the only ones who know the truth of that day, and the investigation team is tracking them down. However, if they tell the truth then Ha San Ah’s (Seo Yeon Woo‘s) mother will be taken and she would be left alone.

As Pyo In Sook knows that feeling of loneliness all too well, she makes the decision to take the blame for everything. Having developed feelings for her, Min Woo Chun is prepared to do everything to stop her from turning herself in. Moving forward, it appears that both parties will be willing to face all sorts of dangers if it means protecting the other.

On the night when he met Pyo In Sook and everything took a strange turn, Min Woo Chun placed a moss rose on the body of Ha Yong Geun. It became the reason why the investigation team focused even more on the case. However, another body with that signature flower appeared floating in the ocean, and it turned out to be a criminal who had recently been released after serving a 13-year sentence. It was apparent that the pink flower was meant to put the target on Pyo In Sook’s and Min Woo Chun’s backs.

As details of Ha Yong Geun’s dirty past came to light, the criminal who punished him was hailed as a hero. It seemed obvious that this second incident would be no different. It remains to be seen where the public will focus their anger, as well as how the case of the moss rose murders will continue to expand. 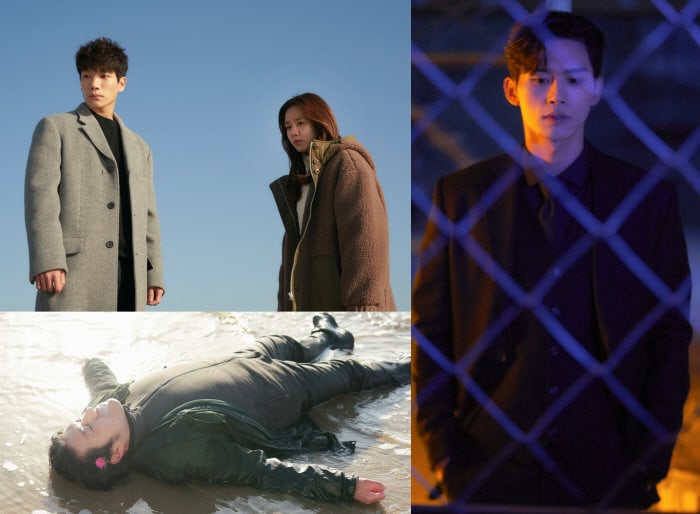 3. The face-off between Gu Ji Pyo and Min Woo Chun

It was revealed that the person who had given Min Woo Chun a murder request through Park Seung Sun (Choi Young Woo) was actually Gu Ji Pyo (Han Kyu Won). Viewers were given a shock when he picked up Ha Yong Geun’s cell phone while also wondering what he could want with it.

Now that Min Woo Chun has pinpointed Gu Ji Pyo as “1” and the person who ordered the murder of Ha Yong Geun, this is certain to have an effect on events from here on out, especially because this is an obstacle he will have to overcome to protect Pyo In Sook.

JTBC’s “The One and Only” airs every Monday and Tuesday at 11 p.m. KST.

Red Velvet
Joy
Kang Ye Won
Ahn Eun Jin
Han Kyu Won
Baek Hyun Jin
The One and Only
How does this article make you feel?