Song Yoon Ah Is Lost In Thought As Jun So Min Steels Herself For Revenge In “Show Window: The Queen’s House”

Channel A has released new stills of Song Yoon Ah, Lee Sung Jae, and Jun So Min from “Show Window: The Queen’s House”!

In the previous episode, it was revealed that the person who stabbed Yoon Mi Ra (Jun So Min) at the wedding vow renewal ceremony was Shin Myung Seob (Lee Sung Jae). Yoon Mi Ra had made her entire life about Shin Myung Seob, so his betrayal causes her to lose the will to live. Shockingly, Han Sun Joo (Song Yoon Ah) makes her an offer: “Let’s end him. Shin Myung Seob.”

In the new stills, Han Sun Joo and Yoon Mi Ra take different attitudes as they consider what to do about Shin Myung Seob. Han Sun Joo sits in the dark in her luxurious home, her expression lost and grave. She also appears somewhat desperate, urgently calling someone on the phone. Yoon Mi Ra also stands alone inside her house, but her expression shows her steely resolve and determination. She has realized the man whom she threw her life away to love doesn’t love her back, so she has nothing left to lose. Until now, Yoon Mi Ra has only ever stood in Han Sun Joo’s way, so it remains to be seen how their collaboration will work out.

The production staff stated, “The characters’ fierce psychological battle has entered its final chapter. The twists will be unpredictable until the end. Will Han Sun Joo and Yoon Mi Ra really join forces, and what do they have planned for Shin Myung Seob?” 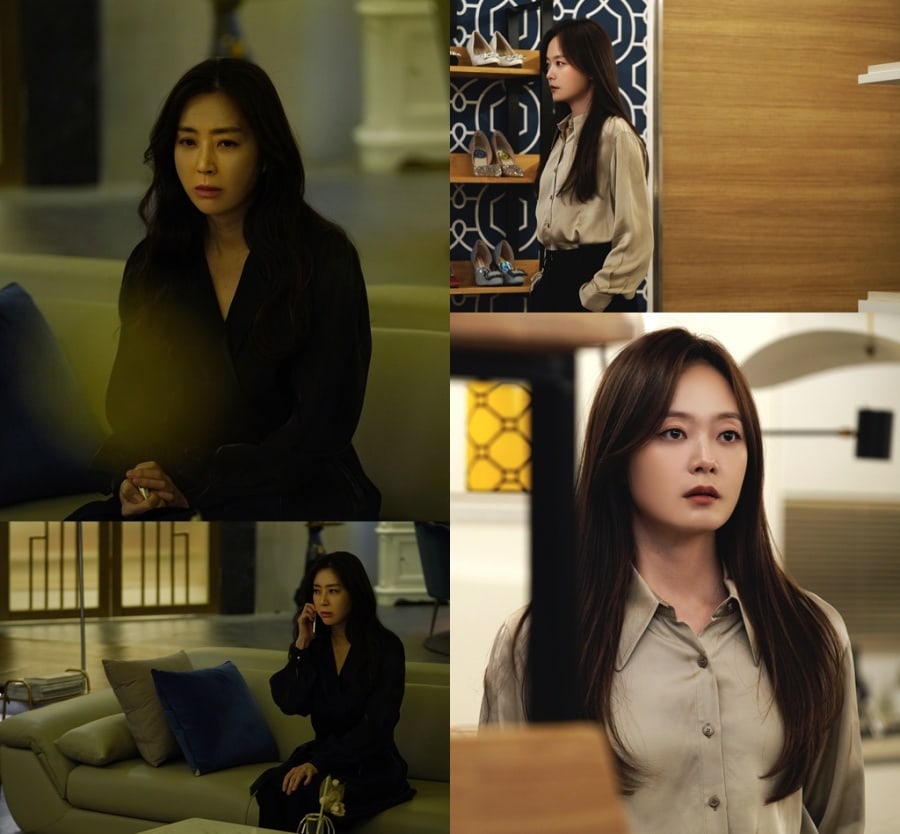 Shin Myung Seob’s gaze as he looks back at her is equally cold, devoid of their former affection. However, he finds himself unable to take the bag back, as he doesn’t understand why his wife’s shoes are in the bag and what Yoon Mi Ra wants from him. He is also suspicious of Yoon Mi Ra’s claims that she doesn’t remember what happened that night.

The production staff said, “As the characters’ psychological battle enters its second half, each word and action has countless calculations behind it. Please pay attention to each and every scene and enjoy the final two episodes will guessing at the true motives of the characters.” 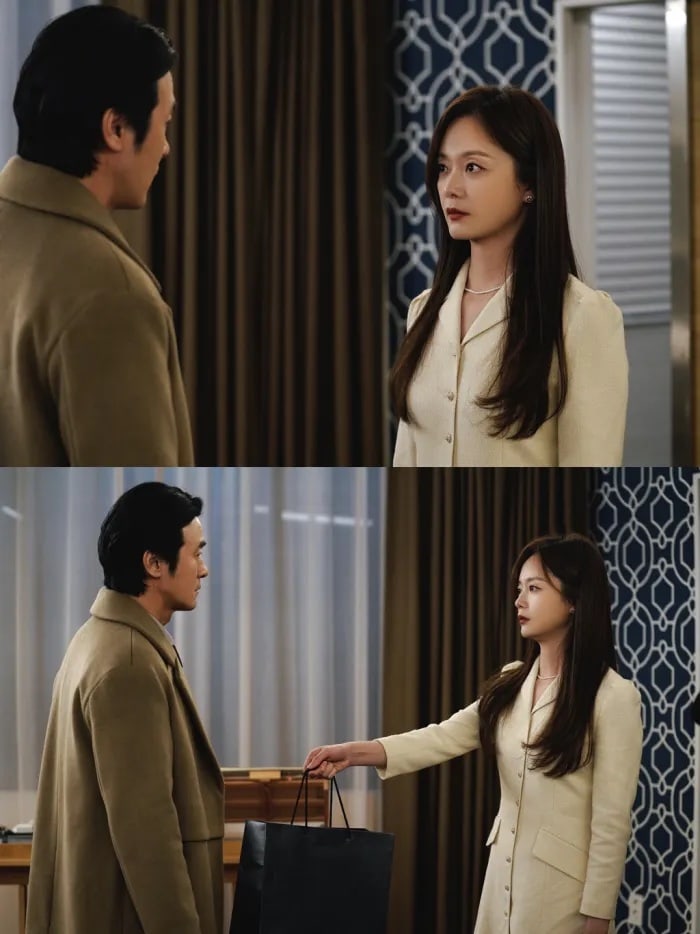