Tension is in the air for Choi Woo Shik and Kim Da Mi in SBS’s “Our Beloved Summer”!

The previous episode depicted the realistic concerns that ex-couples experience while getting back together. Despite their wounds having yet to heal and their anxiety growing because they don’t know if they’ll break up again for the same reason, Choi Woong and Guk Yeon Soo continued to confirm their sincere feelings for one another. However, when Choi Woong asked why they broke up in the past, Guk Yeon Soo’s heart dropped to her stomach while recalling their breakup.

In the upcoming episode, the couple will once again face the difficulties of reality. The newly released stills capture Choi Woong and Guk Yeon Soo looking at different brochures. Choi Woong is browsing a handbook on getting into architecture school that Guk Yeon Soo had been looking at before. Although he pretended to be indifferent in front of her, Choi Woong now has a determined gaze.

Other stills portray Guk Yeon Soo’s complicated feelings. The preview for the upcoming episode showed Guk Yeon Soo finding a leaflet for a nursing hospital in her grandmother’s pocket. She narrated, “The past is like that. You end up repeating the same mistake,” drawing questions about the couple’s uncertain future. 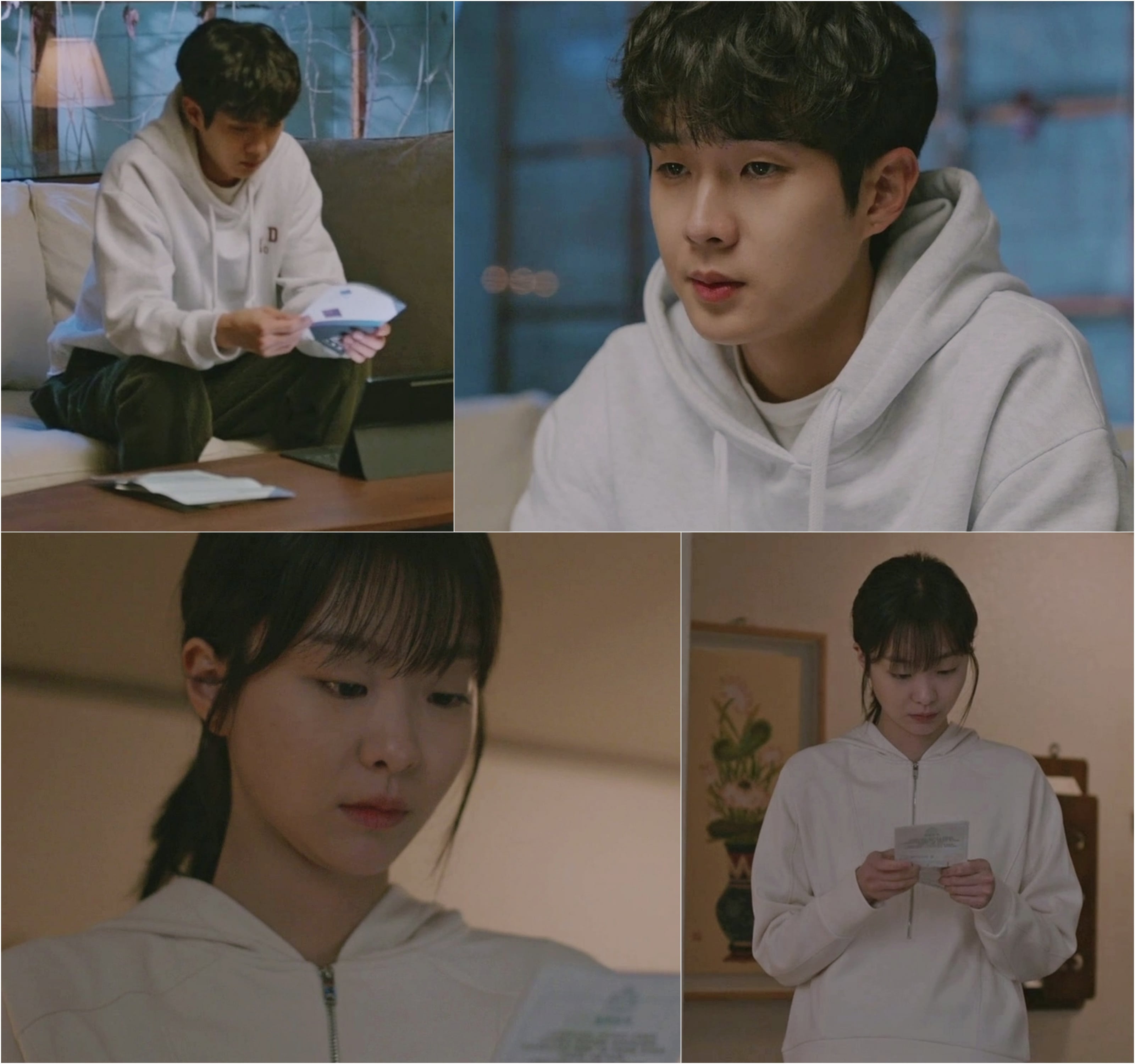 The upcoming episode will depict the changes that follow after their documentary begins to air. The production team shared, “Please watch out for the decisions made by Choi Woong and Guk Yeon Soo, who are once again experiencing confusion while facing the ideals and realities of relationships. The reason why Choi Woong asked Guk Yeon Soo about their breakup will also be revealed.”