A new poster and teaser have been released for Kang Daniel and Chae Soo Bin’s upcoming drama “Rookie Cops”!

The drama depicts the story of two hopeful students, Wi Seung Hyun (Kang Daniel) and Go Eun Kang (Chae Soo Bin), who are fully immersed in college life at the National Police University. While they may not know all the answers and may make mistakes along the way, their youthful spirit provides lighthearted and thrilling entertainment throughout the story.

The chemistry between the two actors within the series is expected to captivate viewers. The newly released teasers depict a sweet connection and romantic synergy between the characters that will make viewers’ hearts fill with butterflies.

The poster shows Go Eun Kang cutely donning a police hat with a smile as Wi Seung Hyun drapes his arm on her shoulder and looks away with a pleasant gaze. The poster reads, “Youthful first love is coming!” 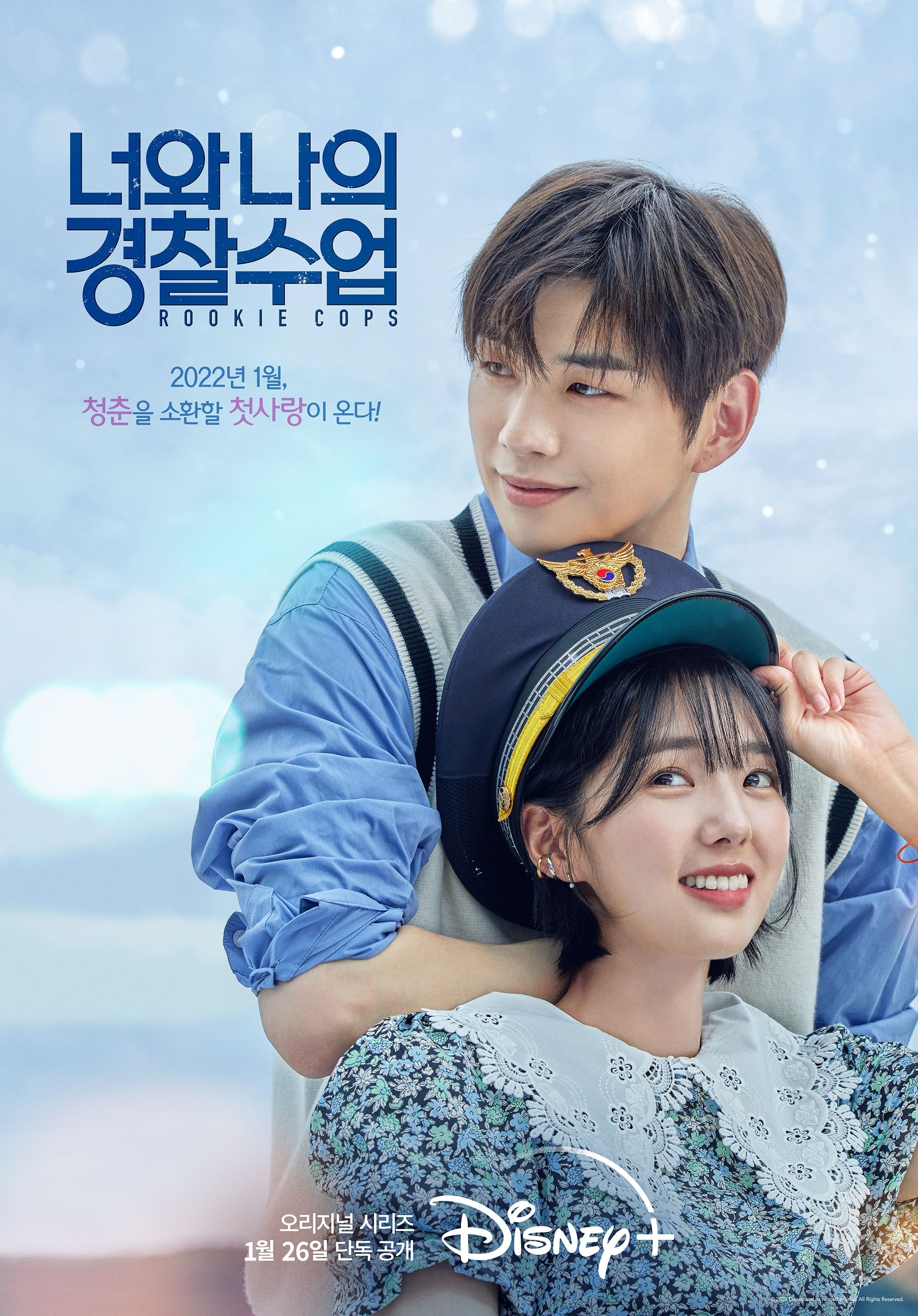 The trailer shows that the drama will capture the confusion the two characters feel as they thought they were just friends but begin to develop feelings for each other. “You can never know what is ahead in life. It’s like fate,” Go Eun Kang says in the narration of the trailer as she gazes at Wi Seung Hyun in a hallway. The teaser shows the essence of young love as both characters are shown riding bikes, taking a late night walk, and sharing many intimate moments together as their relationship grows.

The first two episodes of “Rookie Cops” will be available for streaming on Disney+ on January 26!