New teasers have been released for the upcoming drama “Grid”!

The Disney+ show is a mystery thriller about different individuals trying to track down a person known as “the Ghost” each for their own reasons. 24 years before, a shield known as “the Grid” was created by the Ghost to protect humanity from life-threatening solar winds. After its creation, the Ghost disappeared and did not reappear again until 24 years later, but this time as an accomplice of a murderer.

Kim Sae Ha (Seo Kang Joon) is a tracker for the Management Department”and is tenaciously tracking down the Ghost. Meanwhile, Jung Sae Byuk (Kim Ah Joong) is an investigator seeking to track down the Ghost after witnessing an incident involving them. Another Management Department” worker, Song Eo Jin (Kim Moo Yeol) initially denies the existence of the Ghost but soon gets caught up in the mystery as well. The unknown murderer Kim Ma Nok (Kim Sung Kyun) is provided protection by the Ghost (Lee Si Young).

The new posters, one in red and one in white, feature the characters looking tensely away from one another. The red poster includes the words, “The Ghost that disappeared into thin air 24 years ago has reappeared again,” at the top of the banner. On the white poster, the words, “A planned murder, a changed future, we must find them,” line the top. 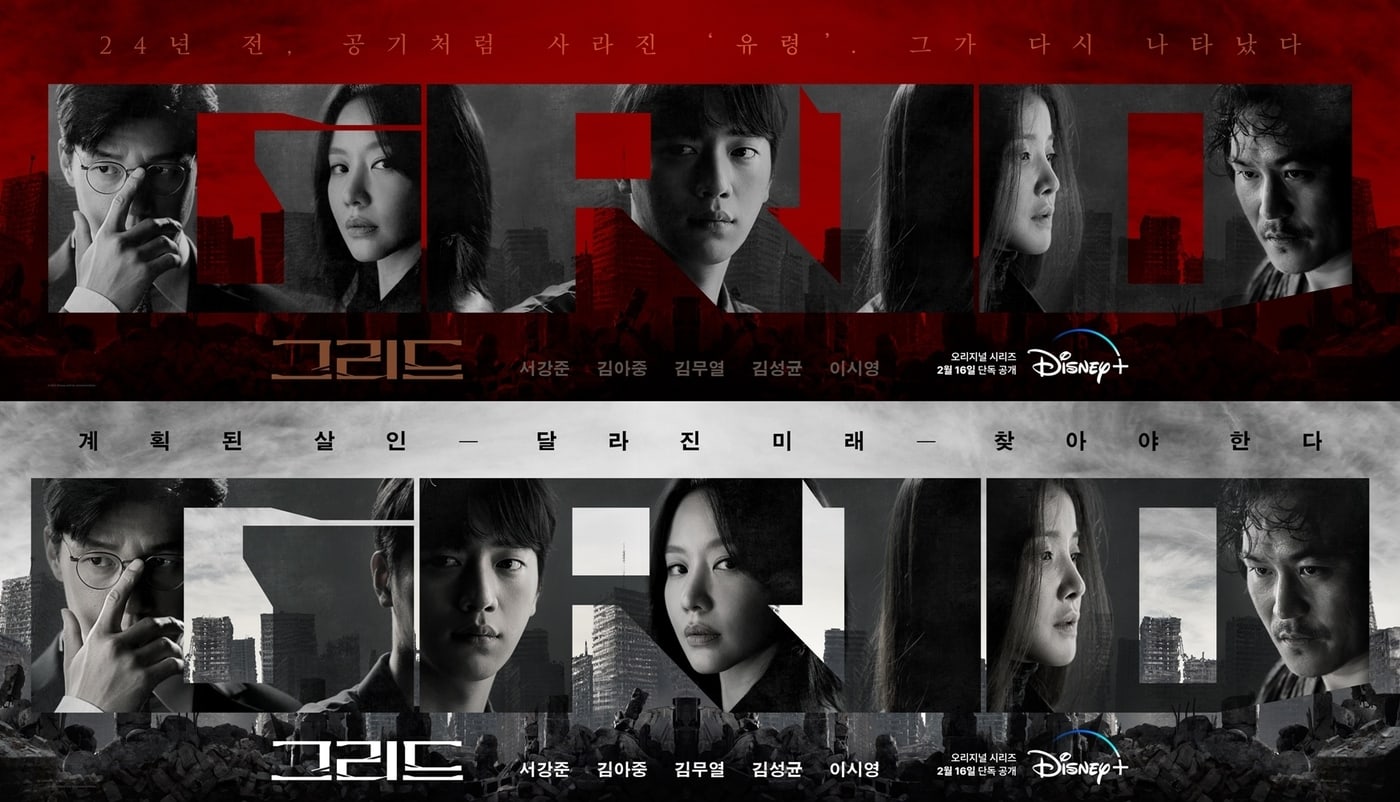 The new trailer is packed with exciting action scenes as the characters seek to find the Ghost. Despite their differing reasons, they’re all connected by the same drive to discover the mysterious identity of the Ghost. “Follow the mystery of the one who saved humanity,” appears in the middle of the trailer before there is a chase between characters. At the end of the trailer, the Ghost is seen in a room surrounded by red light before disappearing into thin air once again.

“Grid” will be available for streaming on Disney+ starting on February 16!

While waiting, watch Seo Kang Joon in “I’ll Go To You When The Weather is Nice”: