Ahn Hyo Soep plays the handsome and capable CEO Kang Tae Moo, while Kim Sejeong stars as the optimistic and energetic employee Shin Ha Ri. The drama will depict the hilarious yet sweet romance that unfolds between Kang Tae Moo, who does not know about his date’s true identity, and Shin Ha Ri, who has no choice but to hide her identity.

On January 20, “A Business Proposal” released its first stills of Kang Tae Moo and Shin Ha Ri. The two exchange affectionate gazes beneath a bright yellow umbrella on a rainy night. Shin Ha Ri wears a yellow rain coat that matches the umbrella that Kang Tae Moo is holding. Already, viewers are highly anticipating the romantic chemistry between the two actors. 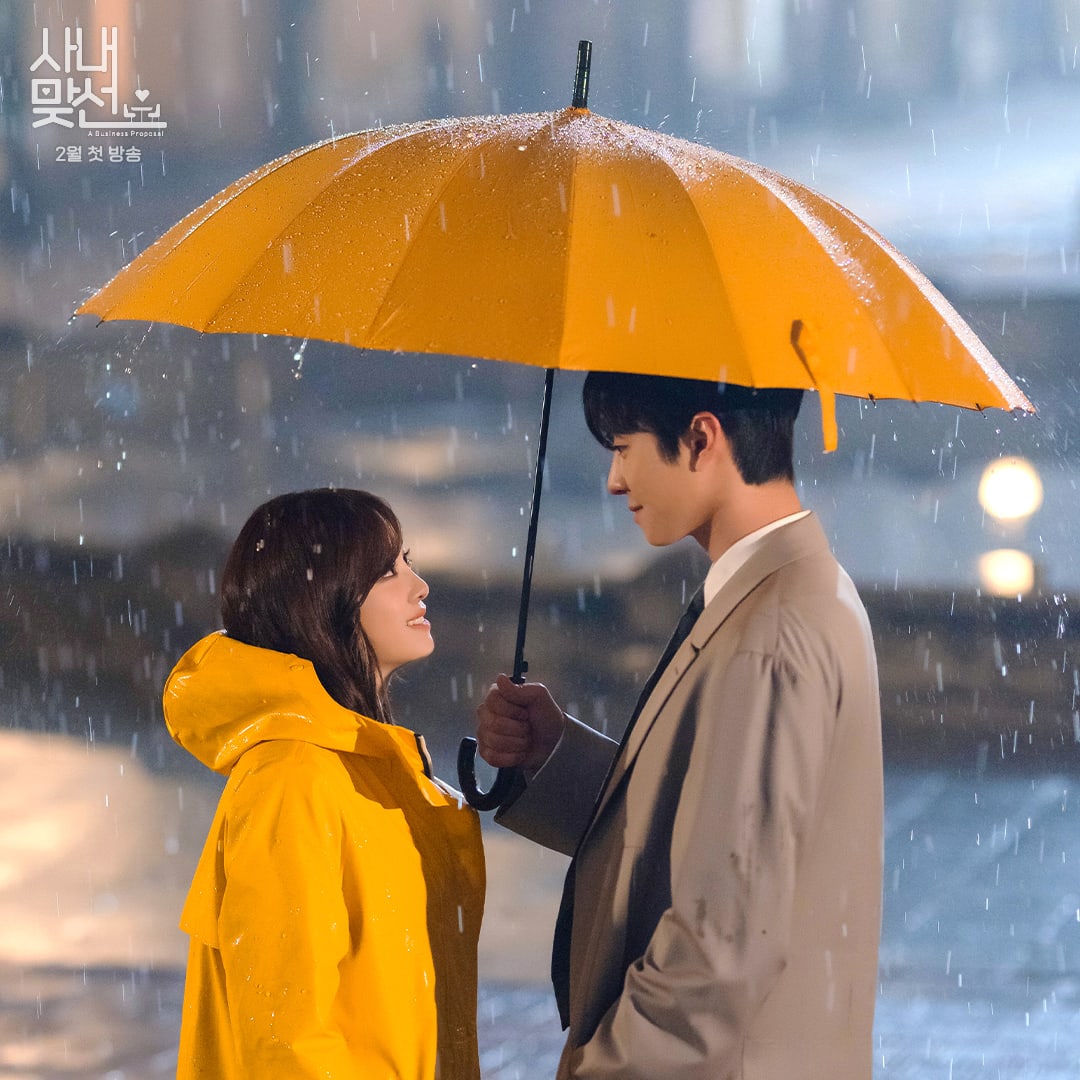 Furthermore, this moment appears to be a meaningful exchange between Kang Tae Moo and Shin Ha Ri. The fact that they’re spotted together at a location outside of their company also raises the question of how they have come to meet. 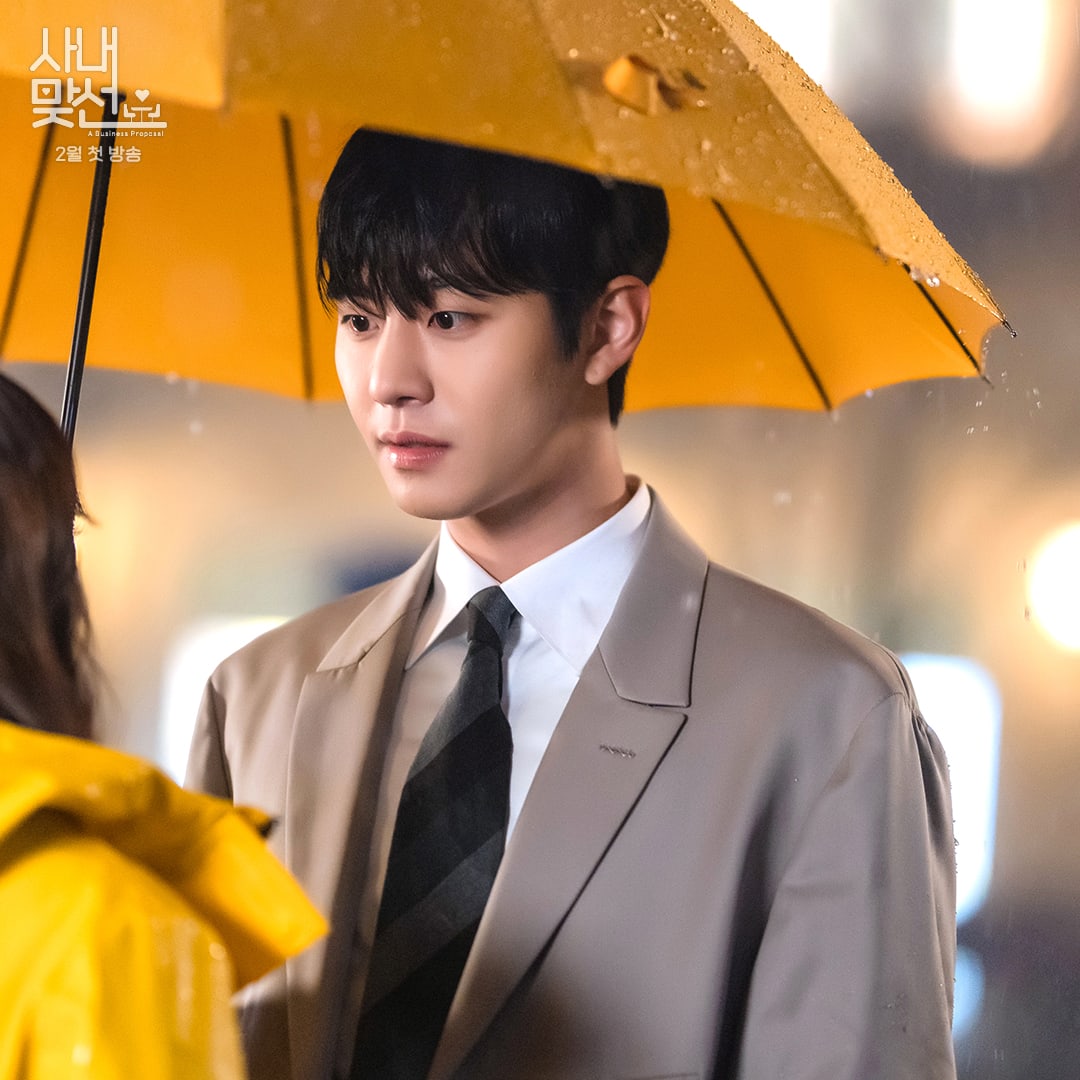 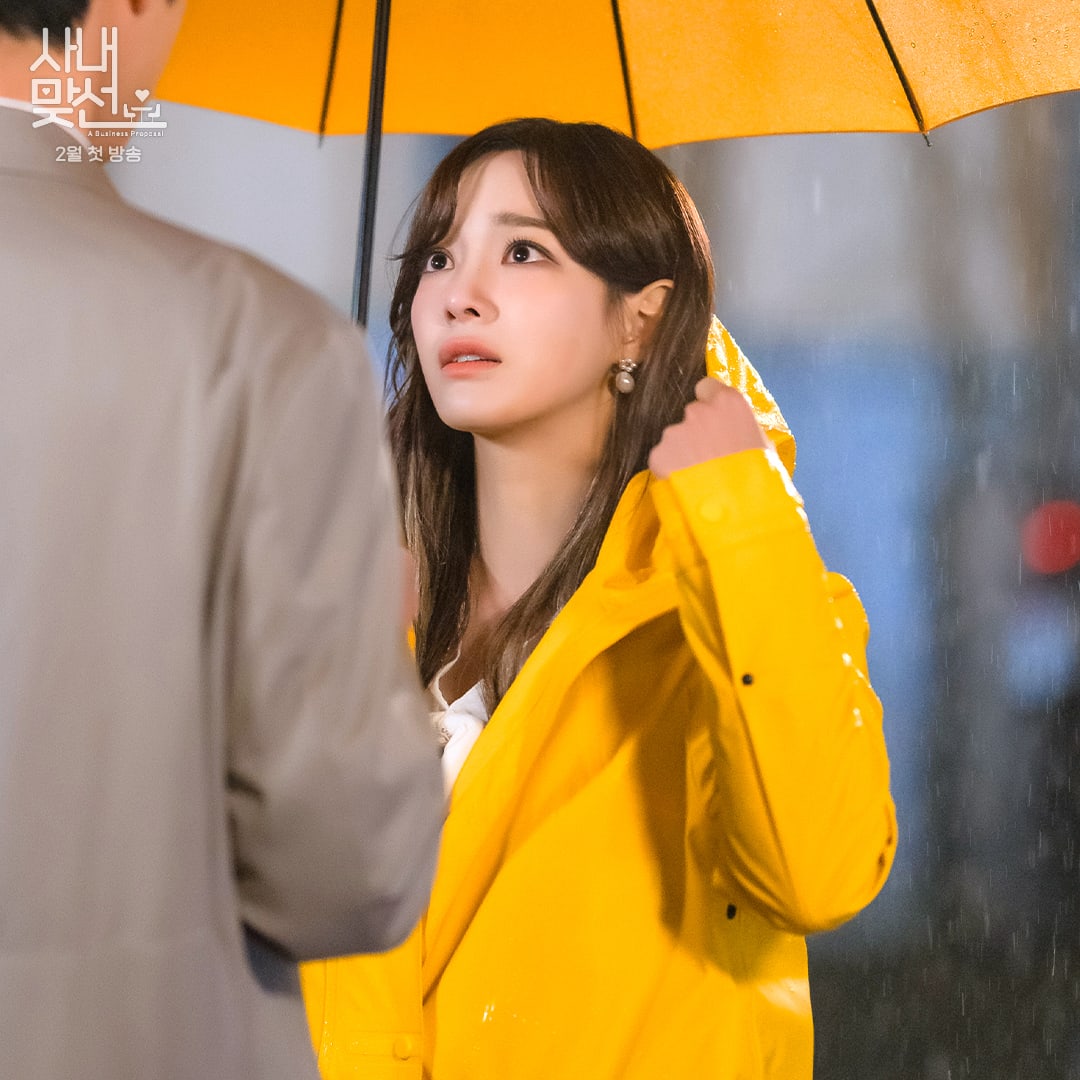 Previously at the 2021 SBS Drama Awards, Kim Sejeong had commented that she and Ahn Hyo Seop were likely to win next year’s Best Couple award, drawing even more anticipation for the two actors’ upcoming romance.

“A Business Proposal” will premiere in February 2022. Take a look at a teaser for the drama here!

In the meantime, watch Ahn Hyo Seop in “Lovers of the Red Sky“:

Also catch Kim Sejeong in “I Wanna Hear Your Song” below: