Woo Do Hwan recently participated in a pictorial and interview for fashion magazine Vogue!

This pictorial was more meaningful because it was his first one since he discharged from the military earlier this month. During the photo shoot, he showcased deeper layers of charisma and sexiness with trench coats, bold suits, and different accessories. In one photo, he is wearing a see-through tank top that reveals his sculpted, toned body, which he worked hard to build for his next project “Hunting Dogs” (literal title). 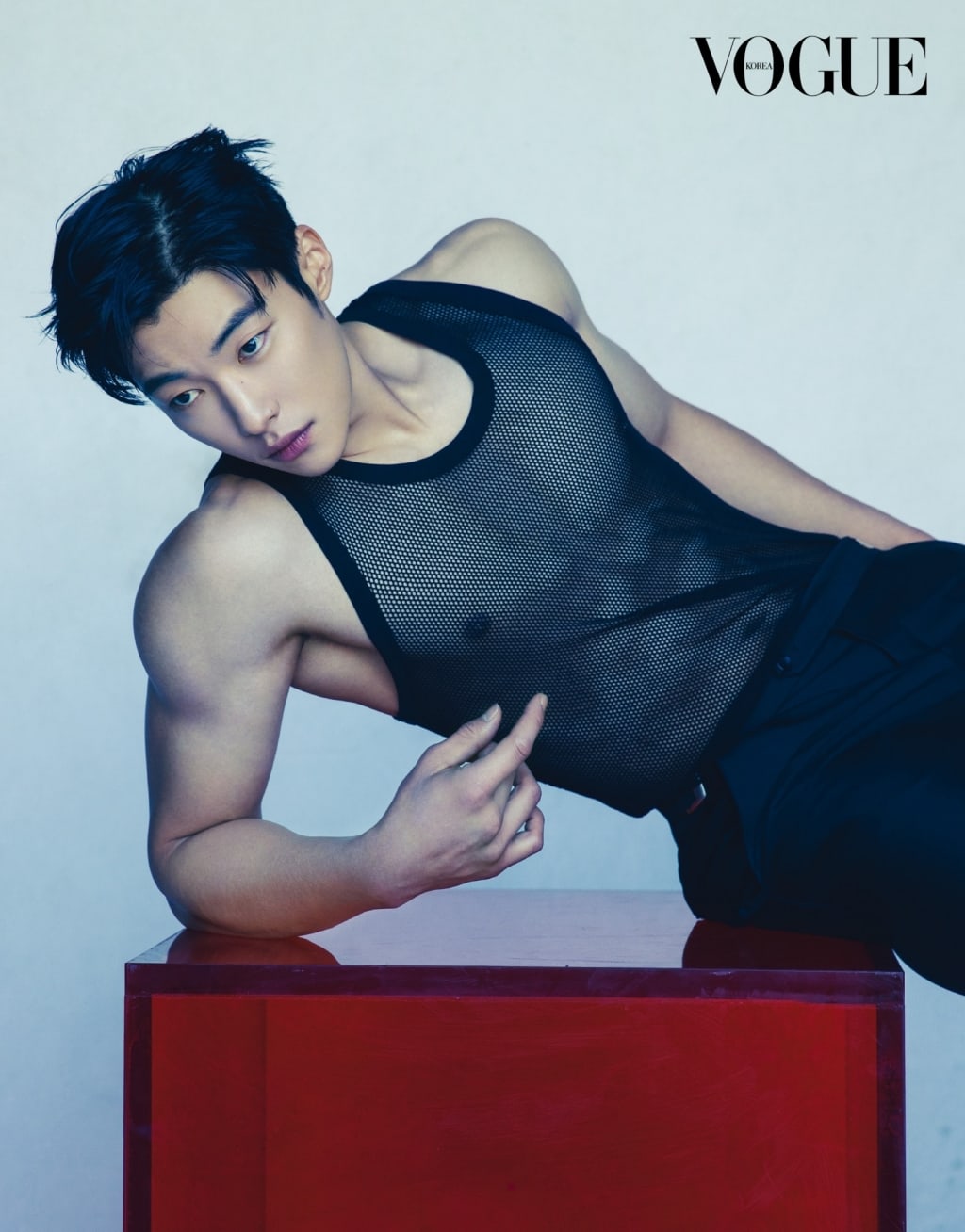 Woo Do Hwan, who wasn’t able to sleep the night before the photo shoot because he hadn’t participated in one in a long time, expressed his excitement and nervousness at the same time, saying, “I had so many thoughts, like how did I do interviews, and how did I match the tone and mood of videos?” 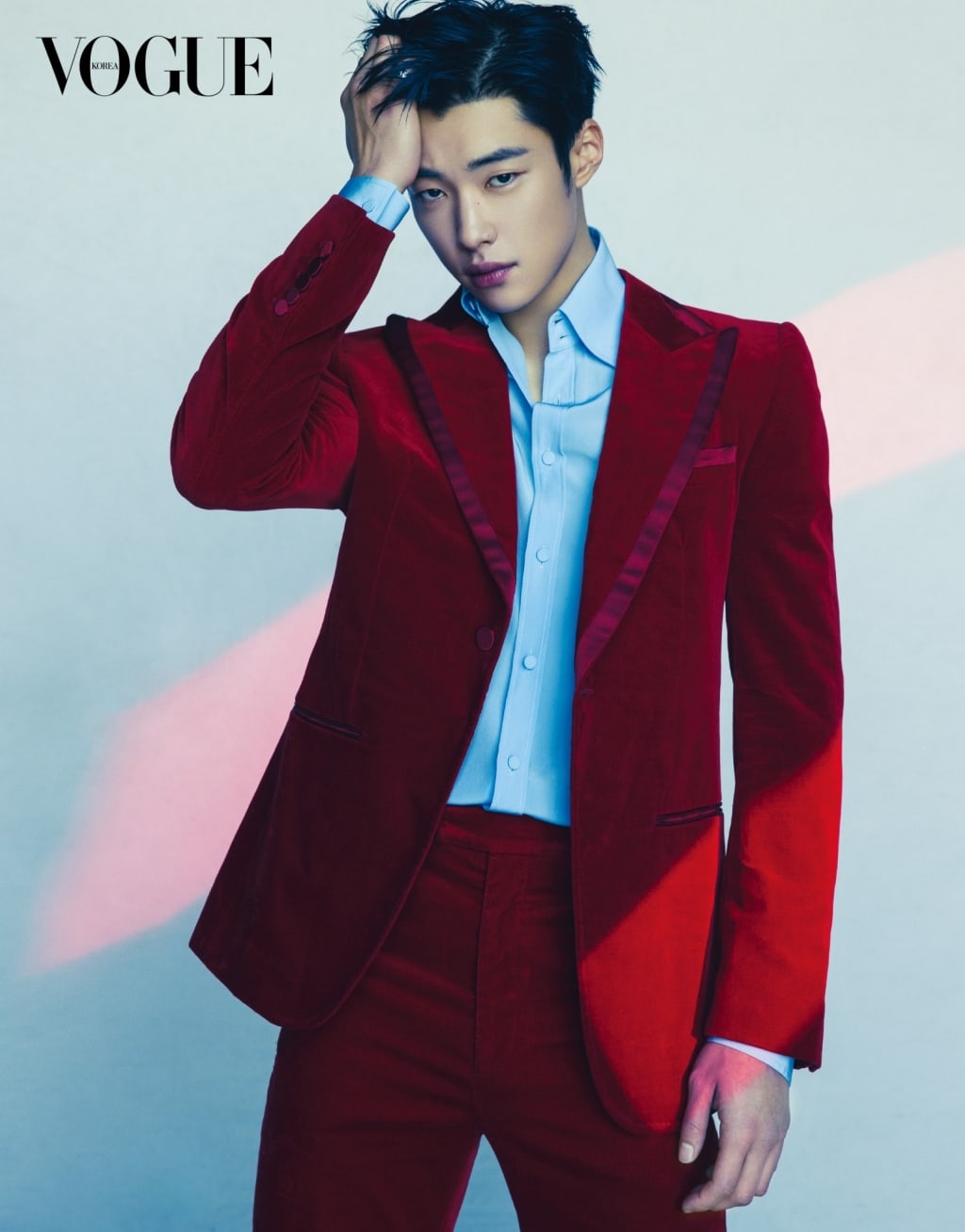 In the interview, Woo Do Hwan showed his serious attitude as he discussed his time in the military. He commented, “I realized how grateful I am for my daily life that is available every day like air. It feels like I’ve finished my homework of 10 years, not 18 months. I think I can comfortably run forward now.”

Then he added, “I’m transcribing the feelings and small happiness [that I feel] that day. I think my thoughts have grown broader since I wrote a diary.” 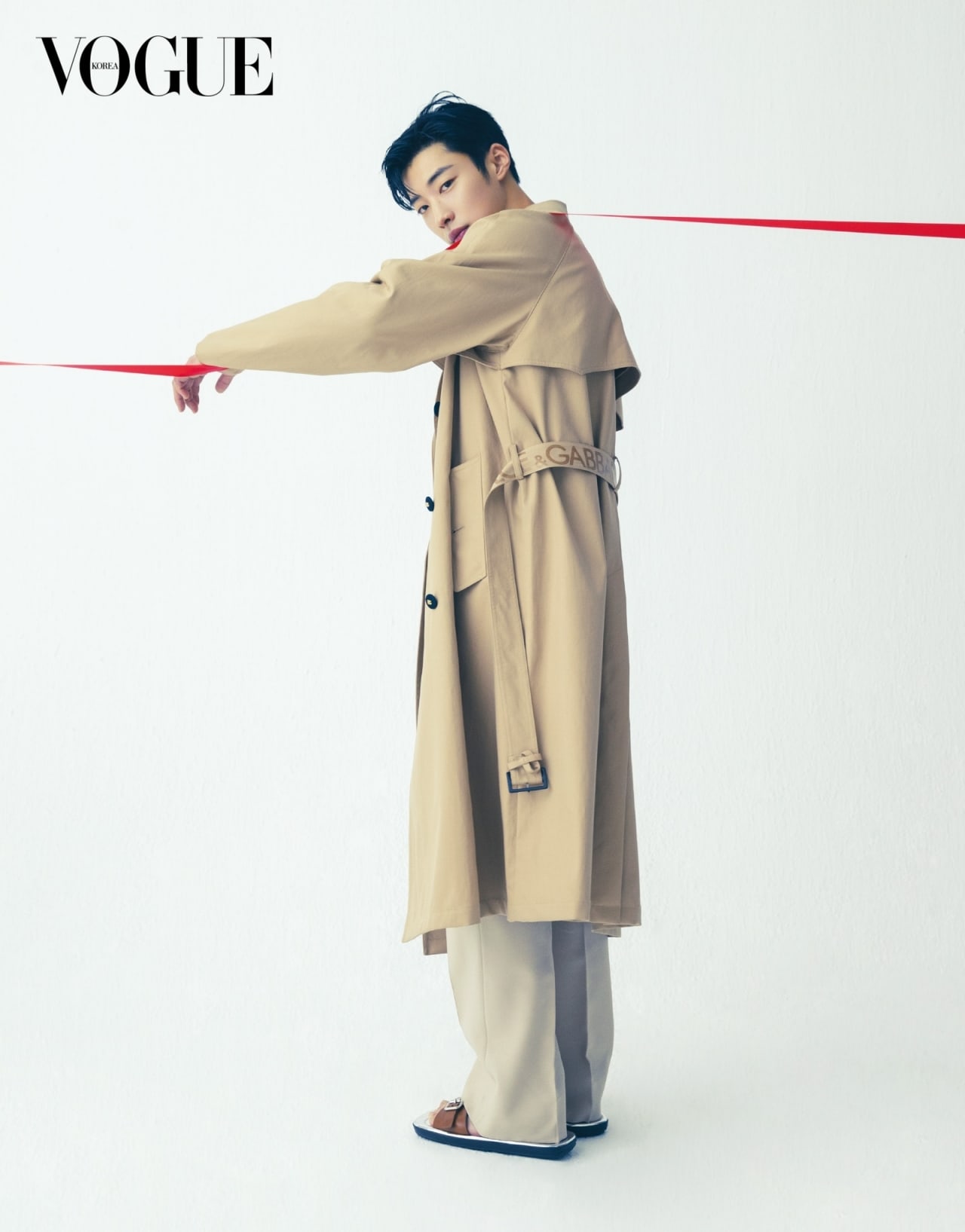 Based on a webtoon of the same name, “Hunting Dogs” is an action noir about three men who try to get out of debt and also become intertwined because of debt. Woo Do Hwan will be playing Gun Woo, who entered the world of loan sharks to pay off his debts. He was a promising boxer who won the Rookie of the Year award, but after meeting Mr. Choi (played by Heo Joon Ho ), he became a bodyguard.

Woo Do Hwan shared, “I think this is the first project where I have so many preparations to make. Gun Woo is a former boxer, and he moves around a lot, so as I manage my diet, I split my day into four exercise sessions to do boxing, work out, attend action school, and do pilates.” 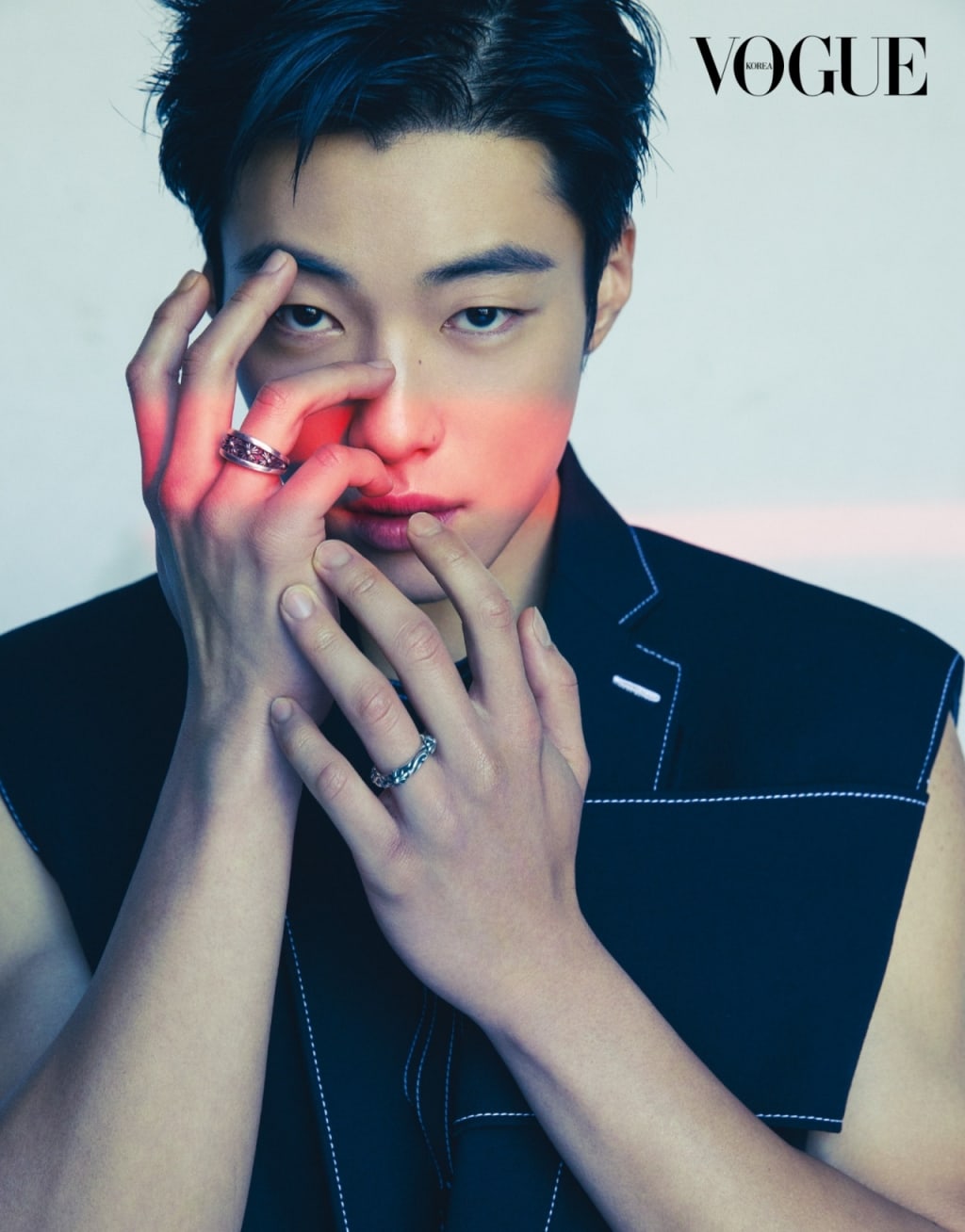 Woo Do Hwan’s full interview and pictorial will be released in the February issue of Vogue.

In the meantime, watch “The Divine Fury” here:

Vogue
Woo Do Hwan
How does this article make you feel?