This photoshoot is Baek Ji Heon’s first solo pictorial since her debut. The photos were taken for Elle magazine’s February issue. 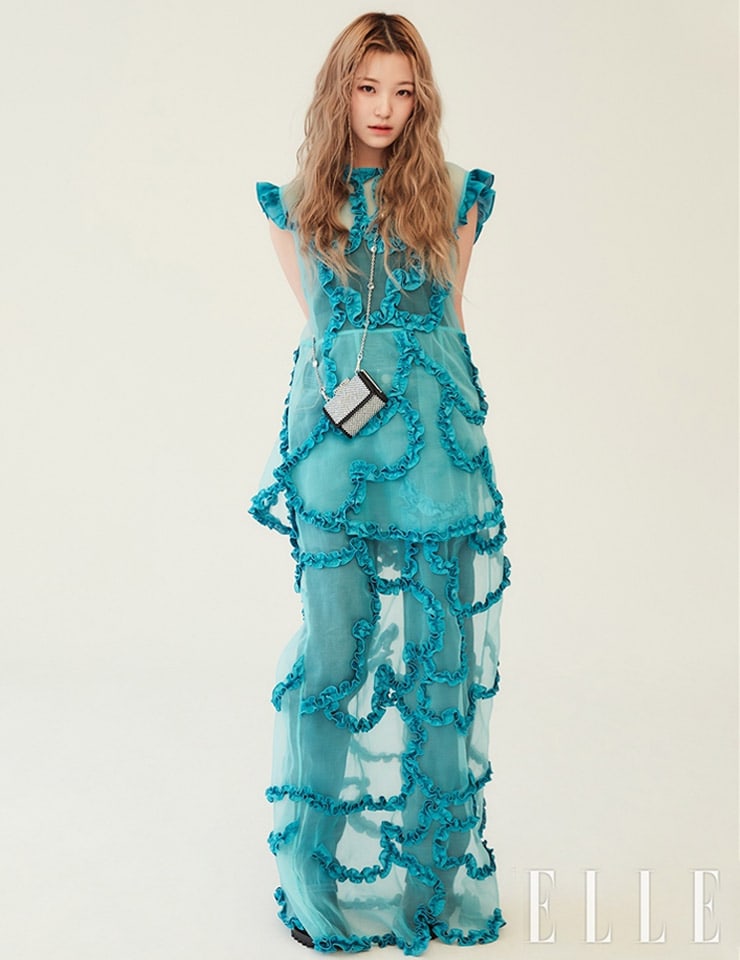 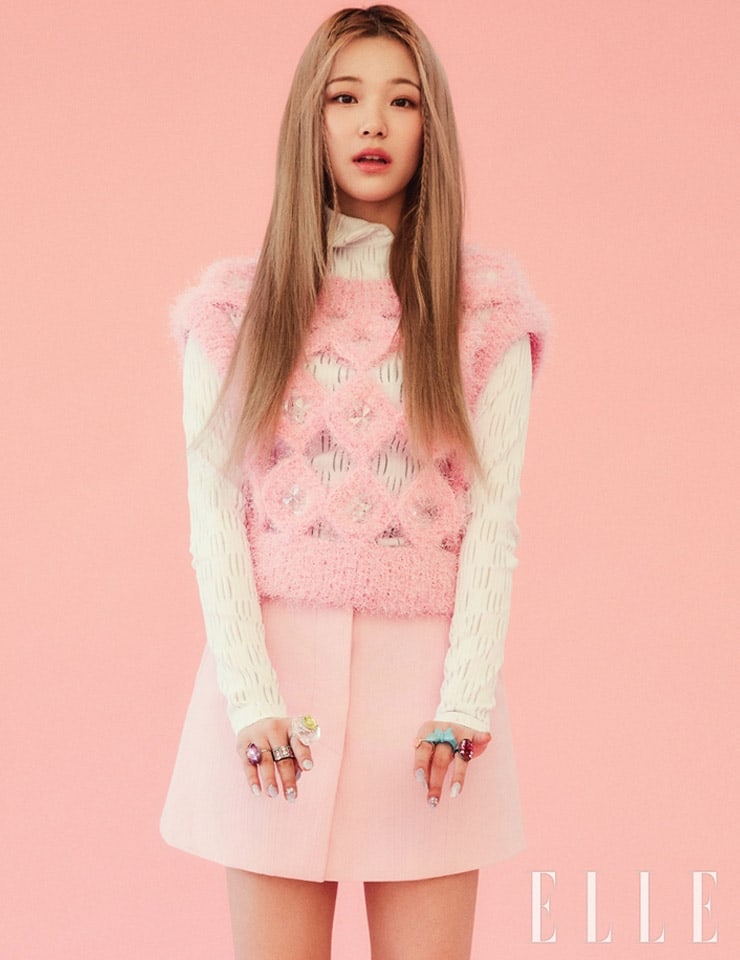 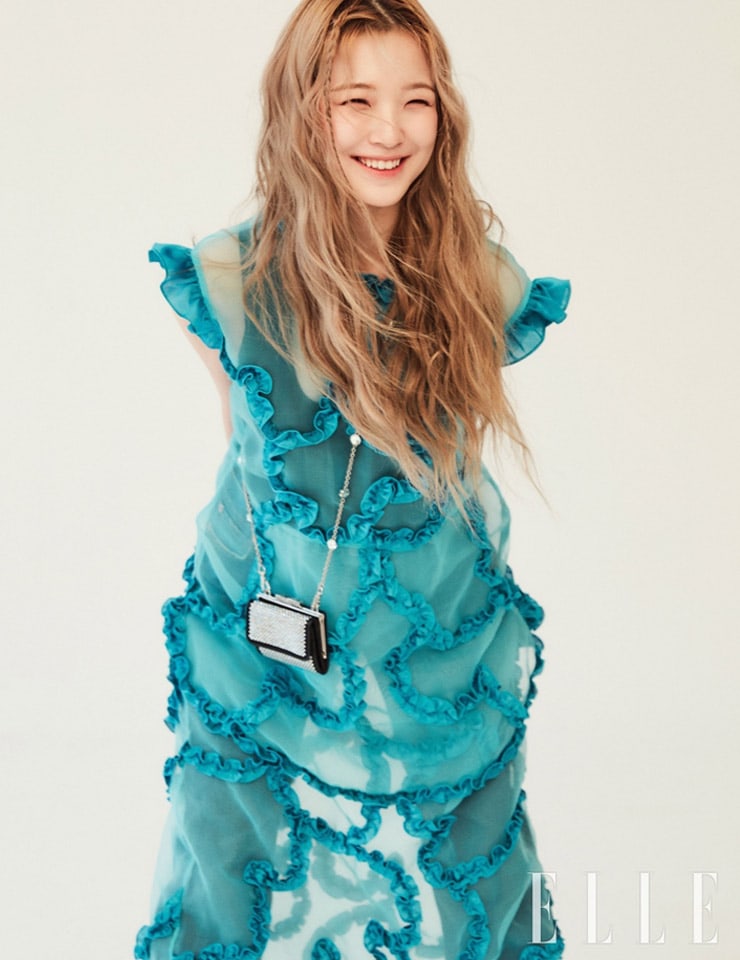 After the photoshoot, when asked about her New Year’s resolutions, she answered, “I’m thinking about trying a lot of different things. Like getting my driver’s license, holding solo fan meetings, or having more concerts. Those are things I really want to do. Personally, I also want to try being an MC or acting.”

On January 17, the idol group released their fourth mini album titled “Midnight Guest” as their latest comeback. When asked about the track closest to her personal taste on the album, she chose the title track “DM.” “The beat is exciting and bright, but the melody is more lyrical and sentimental so I think it’s appealing. I want to emphasize that contradictory charm on stage,” she said.

When discussing her fans, especially those younger than her, she said “I want to be a good example for them. When I hear them say things like, ‘Oh unni, you inspired me! I want to be like you, unni!’ Those words strengthen my resolve.”

fromis_9
Elle
Baek Ji Heon
How does this article make you feel?