Stray Kids’ Felix Talks About His Maturing Personality, Member He’d Like To Trade Voices With, And More

In the following interview, Felix commented with a smile, “I’m so curious about the reaction from STAY [Stray Kids’ fan club] after they see this photo shoot.”

The star discussed his MBTI (Myers-Briggs Type Indicator), revealing that it recently changed from ENFP to ENFJ. He explained, “ENFPs are individuals with social personalities and free spirits. They have the ability to make others happy, so I thought that was pretty similar to me. ENFJ is similar to ENFP, but they think conversing with others while respecting their opinions is important. In that regard, I felt that they are people who have a more intimate influence on those around them.”

Felix continued, “I think these characteristics reflect that I have become more mature. For example, after moving dorms, my lifestyle patterns have changed. I sleep early, exercise a lot, and go on many walks. I keep regular meal times, and more than anything, I think I have become more of a well-organized person. I listen closely to the concerns of others, and I give them comfort and energy which in turn gives me strength. There are times when your MBTI comes out different with every test, and I’m not sure when my MBTI will change again, but I currently like mine as ENFJ.” 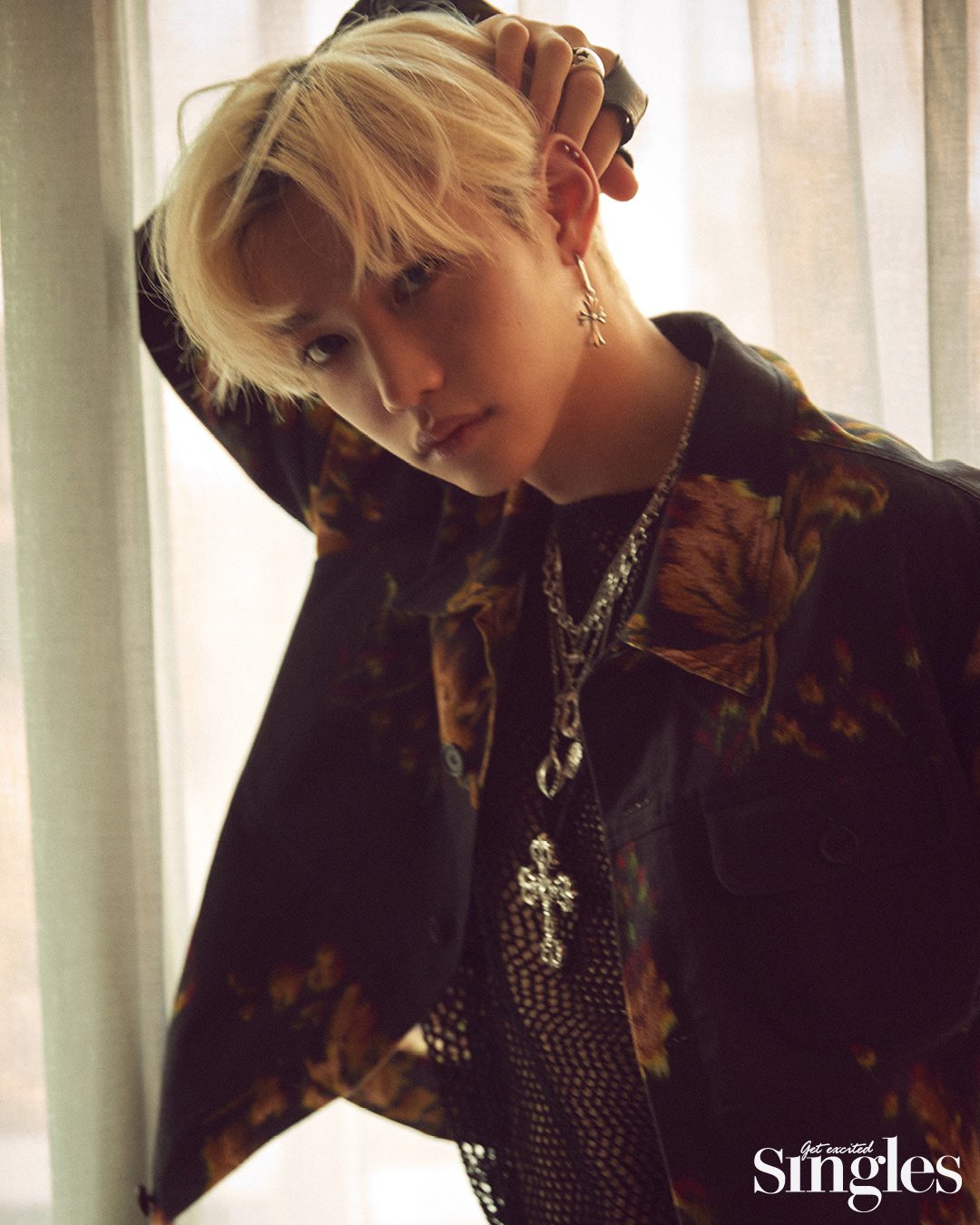 Felix shared that he often comes across video compilations of Stray Kids members expressing adoration for him. He commented, “I’m always paying attention to my members, and I show a lot of physical affection, so I think they’re just returning the same amount of love I give them. I’m happy.”

Felix also touched on his nickname “Haeng Bok” which means “happiness” in Korean and sounds similar to Felix’s Korean name Yong Bok. He explained that the nickname holds that much more meaning due to this similarity. He added, “Recently, I was so happy to be able to perform our year-end stages in front of fans. We couldn’t meet face-to-face for two years, so I teared up in that moment. Out of my most recent memories, that was my happiest moment.” 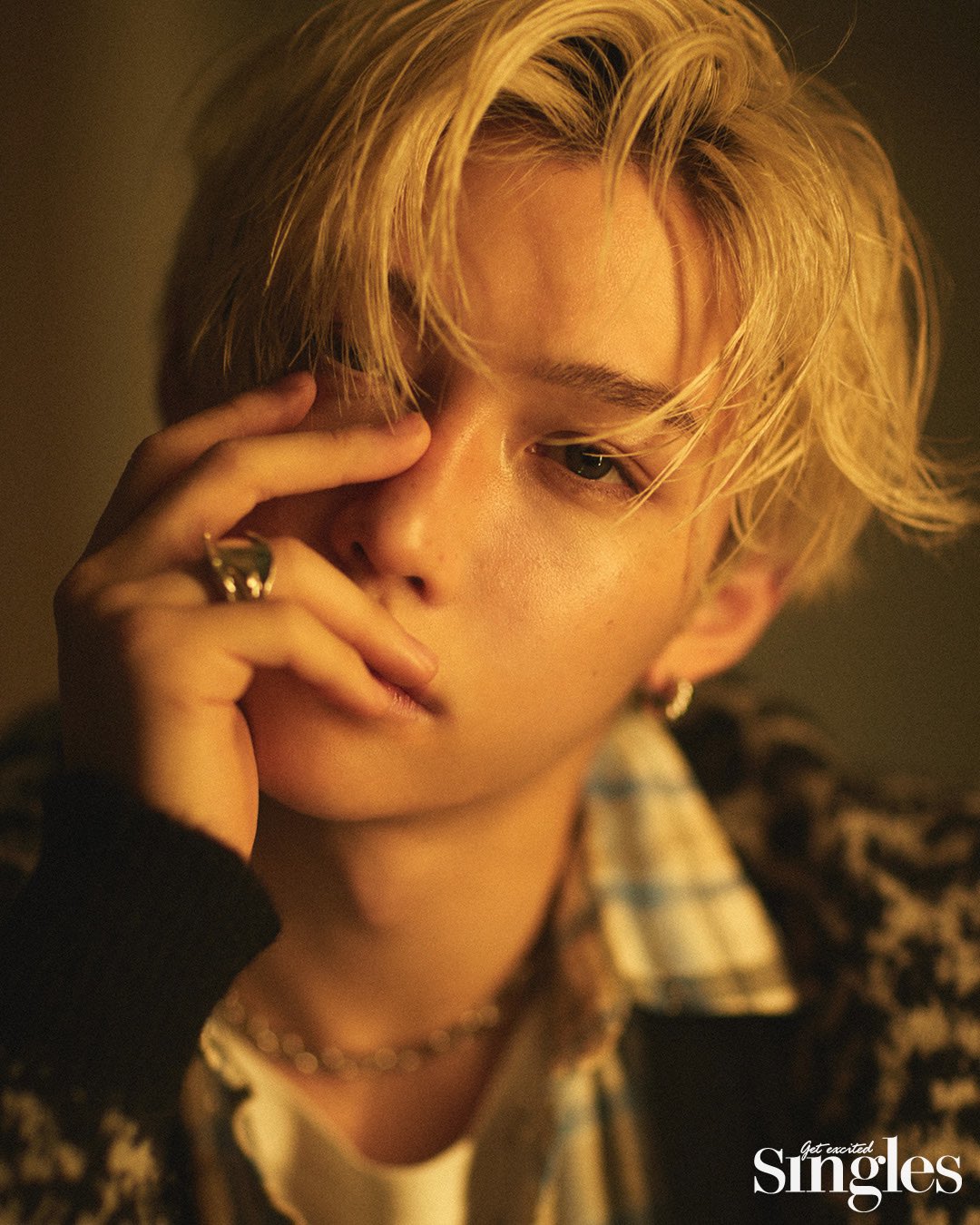 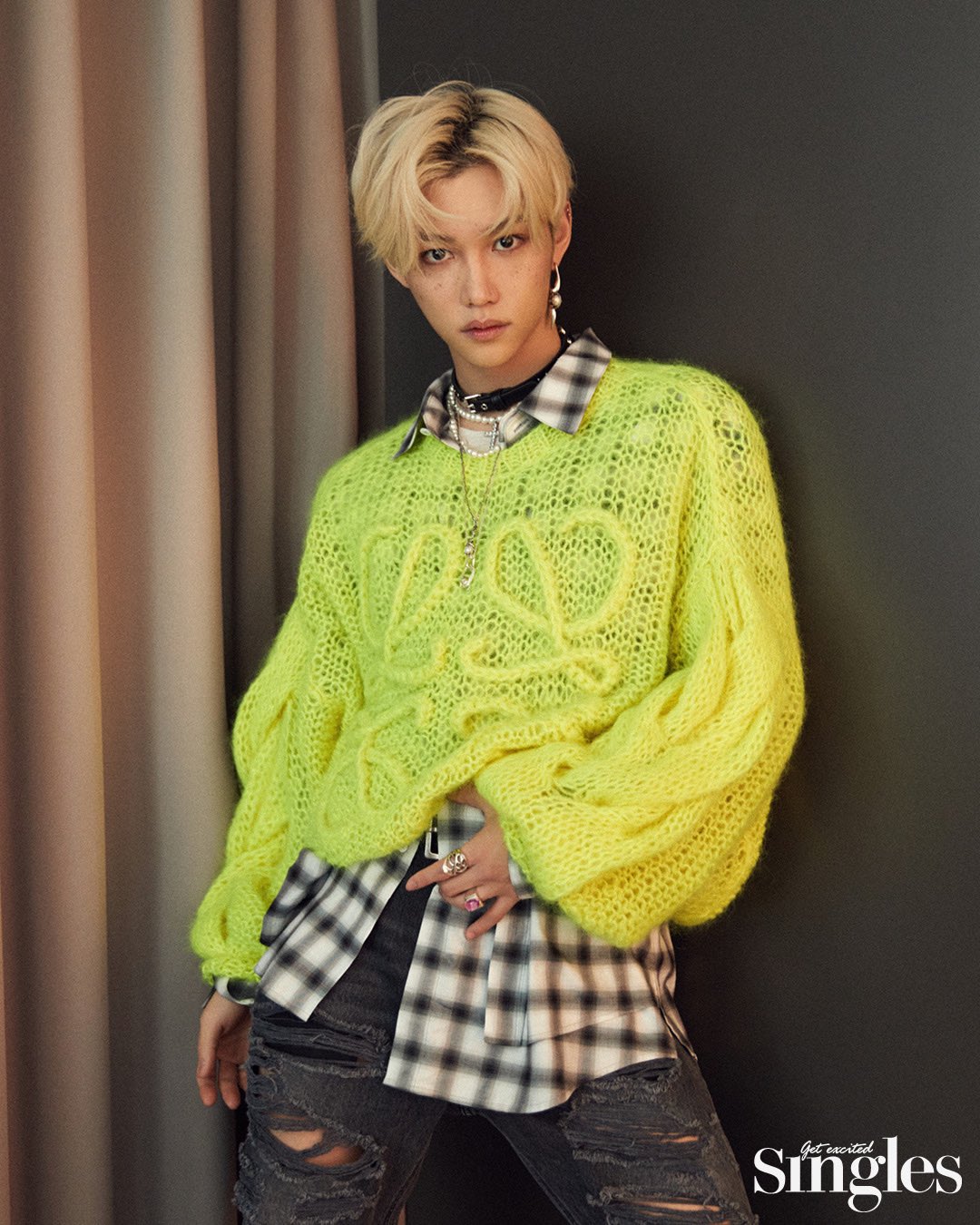 While each member of Stray Kids has a distinct and charming vocal tone, Felix is especially well-known for his deep voice. He commented, “You could say that my deep cave voice is my identity. I really like my deep voice that naturally comes out when we record or perform live on stage. My voice got gradually deeper throughout puberty, and I’ve been told a lot that it’s very charming. When I record, I always pay close attention to my tone and pitch.”

He continued, “On the other hand, on variety programs or when I’m with my members, my voice naturally gets higher because I’m excited. That’s why my voice spectrum feels wide. I often hear that I should try voice acting, and I wonder whether [my voice spectrum is wide] because I have liked animations and cartoons ever since I was young.” Laughing, he added, “If the opportunity arises, I would like to try voice acting. I have tried a few times for award shows and my own content, but if an opportunity arises for narration, I would like to try it.”

If given the chance to trade voices with another member for a full day, Felix shared that he would pick Changbin. He explained, “His voice is charming, but more than anything, his voice is loud, and the volume is no joke. If I could yell with Changbin’s voice, I think I would be able to relieve all my stress.” 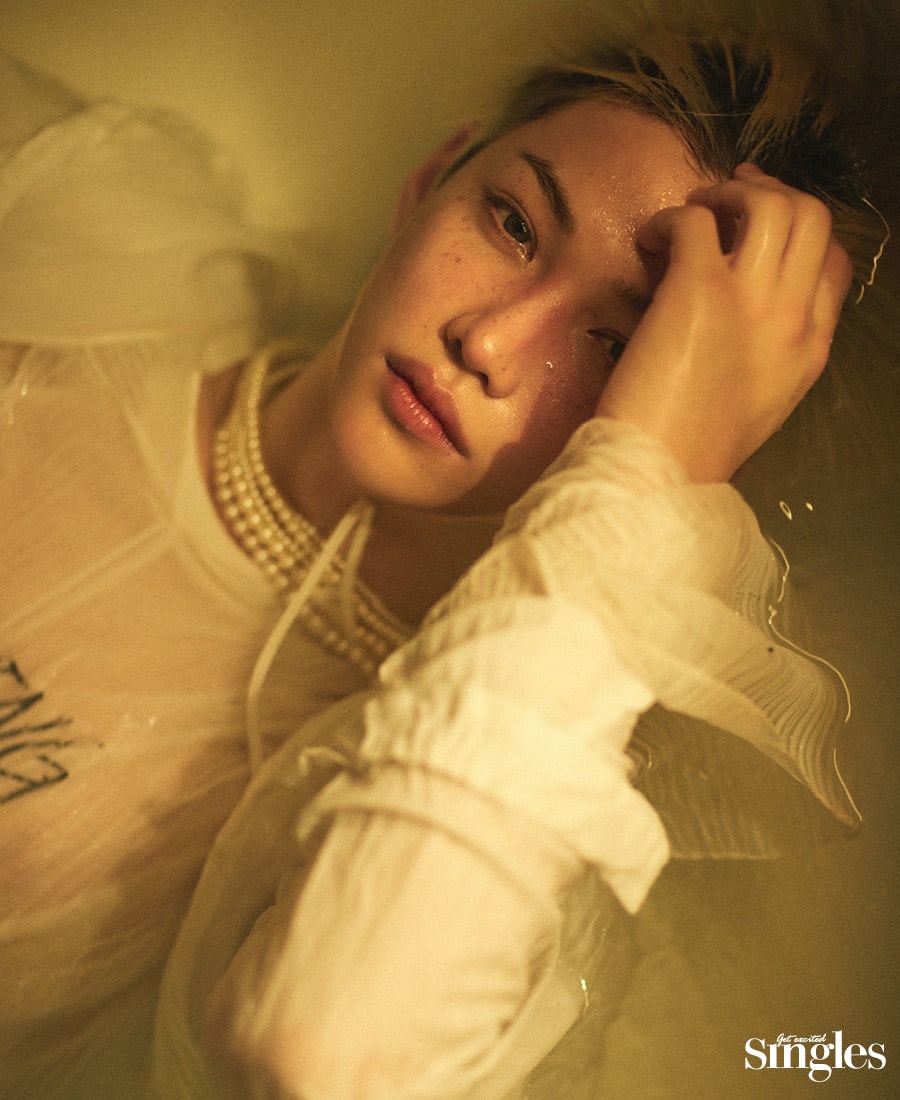 Felix’s full interview and photo shoot will be in the February edition of Singles magazine!

Stray Kids
Singles
Felix
How does this article make you feel?