“Kill Heel” is a drama that depicts the fierce world of home shopping. It will center around women surviving in a world of competition and power that involves show hosts with diverse personalities. The drama is directed by No Do Cheol of MBC’s “The Emperor: Owner of the Mask,” and the script is written by Shin Kwang Ho, who wrote JTBC’s “Seonam Girls’ High School Investigators.”

Kim Sung Ryung stars as Ok Sun, a top host at UNI Home Shopping. She is well-respected by her junior colleagues, and she’s also known as “Queen Sold Out.” However, her sincerity is shrouded in mystery.

Lee Hye Young plays Mo Ran, a brutal witch-like woman who climbed her way up to the top. She started out as a regular employee at UNI Home Shopping, but she’s now the vice president of the company. She is a perfectionist who doesn’t tolerate a single mistake.

The newly released poster depicts an endless spiral staircase that symbolizes the three women’s desire to climb higher and higher. Everything is dimly lit in shades of gray except for three high heels. At the very bottom is a red heel, and after a few steps, there’s a yellow heel. The purple heel is at the very top, and it seems like the careful placement of the shoes hint their owners and where they are at their careers so far. The text reads, “The more you go up, the higher up you are, the more you covet kill heels.” 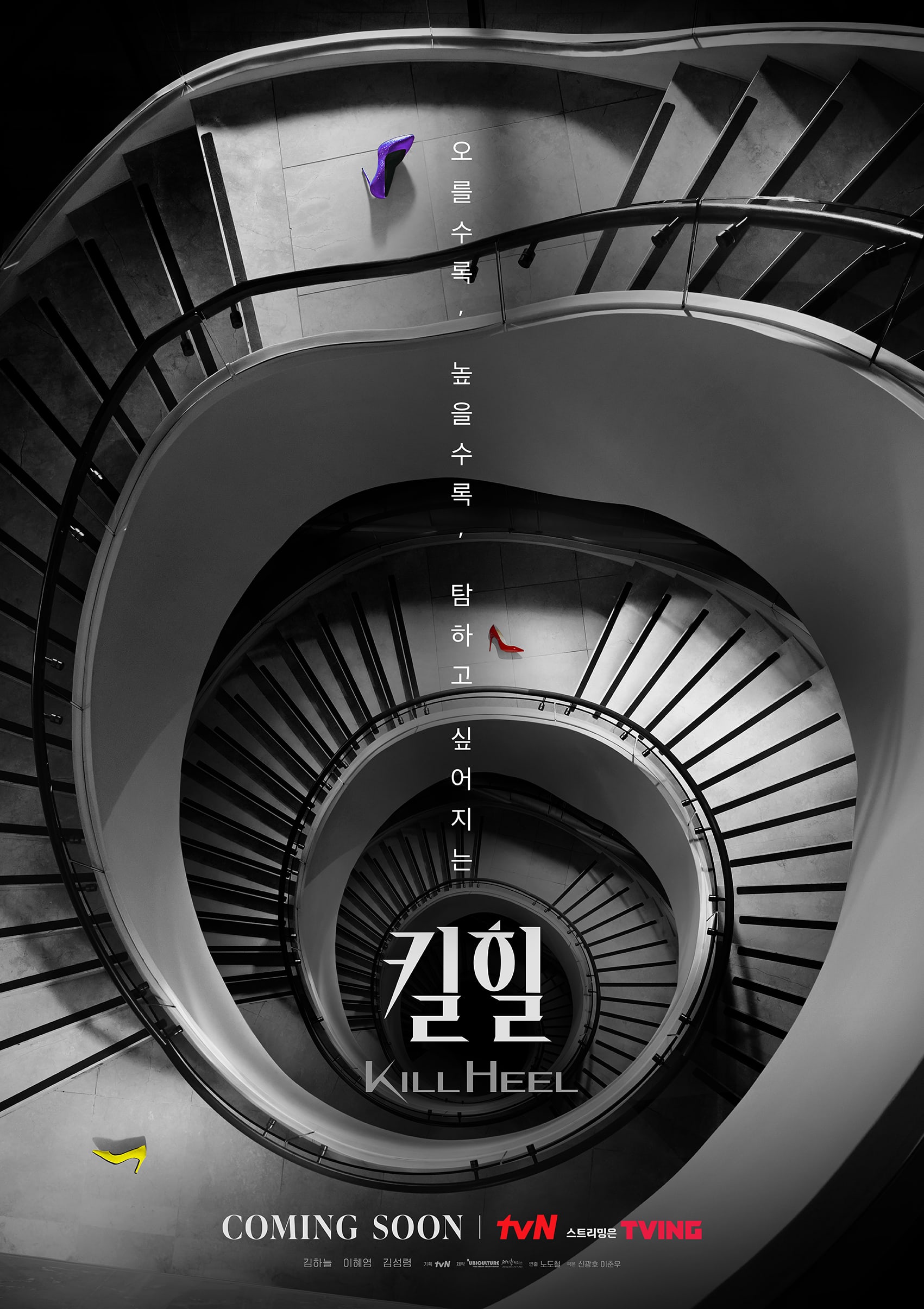 Furthermore, the new teaser gives another glimpse of the spiral staircase from the poster. The video reveals that Woo Hyun is the one in the red heels. She looks up at Ok Sun, who is wearing a brown jacket and yellow clothes. Ok Sun pauses and gazes down at Woo Hyun with an unreadable expression. At the very top is Mo Ran who looks down at both of them with a subtle smirk. She’s wearing a purple outfit that hints that she’s the owner of the purple shoes that are at the very top of the stairs.