“Bulgasal” is a fantasy drama starring Lee Jin Wook as Dan Hwal, a bulgasal (a mythical creature that does not die or age) who was once human centuries ago. Kwon Nara stars as Min Sang Woon, a woman who is repeatedly reincarnated while fleeing the bulgasal but remembers all her past lives.

In the previous episodes, Nam Do Yoon (Kim Woo Seok) was revealed to be the reincarnation of Dan Hwal’s son from 600 years ago. In order to hide his past crime, Ok Eul Tae (Lee Joon) tried to kill Nam Do Yoon. Ok Eul Tae struck Nam Do Yoon down with his blade, and Dan Hwal cried sorrowfully while holding Nam Do Yoon in his arms.

The newly released stills reveal new clues to the heart-wrenching story of karma and revenge. With it still being uncertain whether or not Nam Do Yoon is alive, Dan Hwal has personally come looking for Ok Eul Tae. In the upcoming episode, a dangerous confrontation may occur as his desire for revenge explodes when Dan Hwal meets Ok Eul Tae, who killed his family 600 years ago and also tried to kill his reincarnated son.

In the new stills, Dan Hwal discovers the large Buddhist artwork that Ok Eul Tae is always looking at. In the artwork, an unidentifiable man and woman have their backs turned on each other. Surrounding them are demons and monsters that Dan Hwal and Min Sang Woon have faced until now, making viewers wonder if they represent the man and woman in the painting. Furthermore, Dan Hwal reaches a hand behind the painting, discovering something in the process. 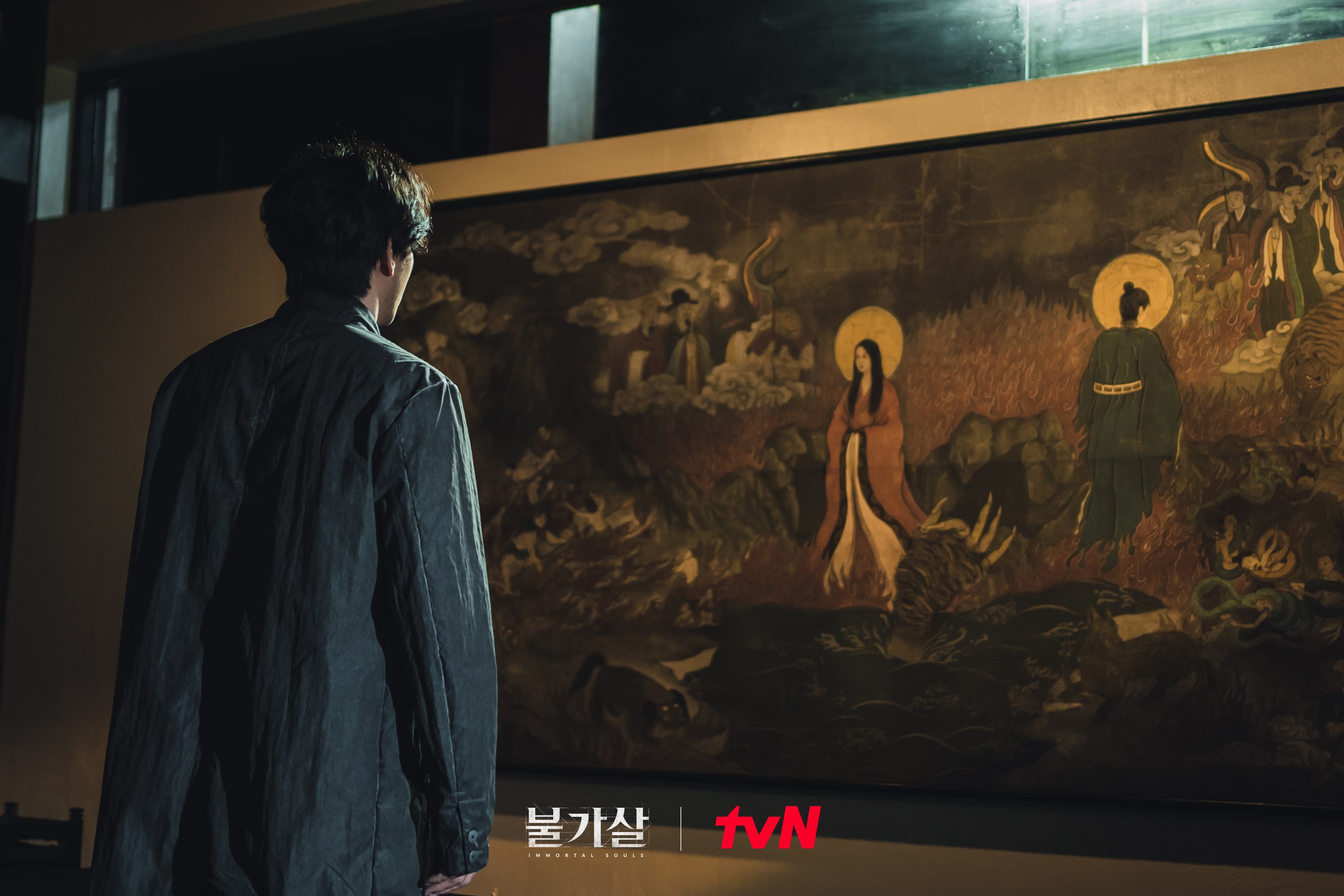 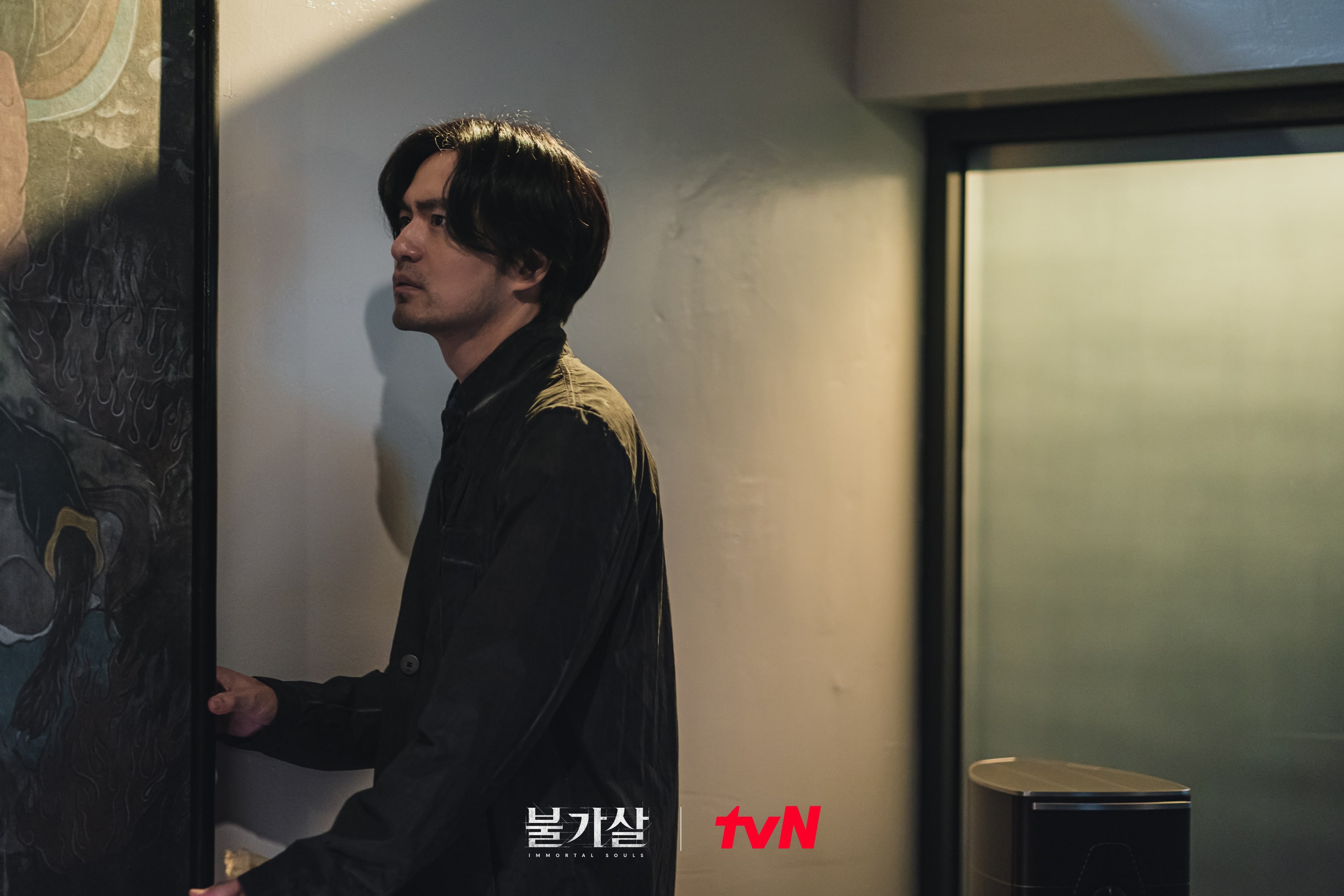 Another still captures Min Sang Woon’s past life from 50 years ago as Kim Hwa Yeon (Kwon Nara). Sitting next to her younger sister who is preparing her medicine as usual, Kim Hwa Yeon wears a serious expression. With pursed lips, she stares directly at something while grabbing her cup so tightly that it looks as if it might break. 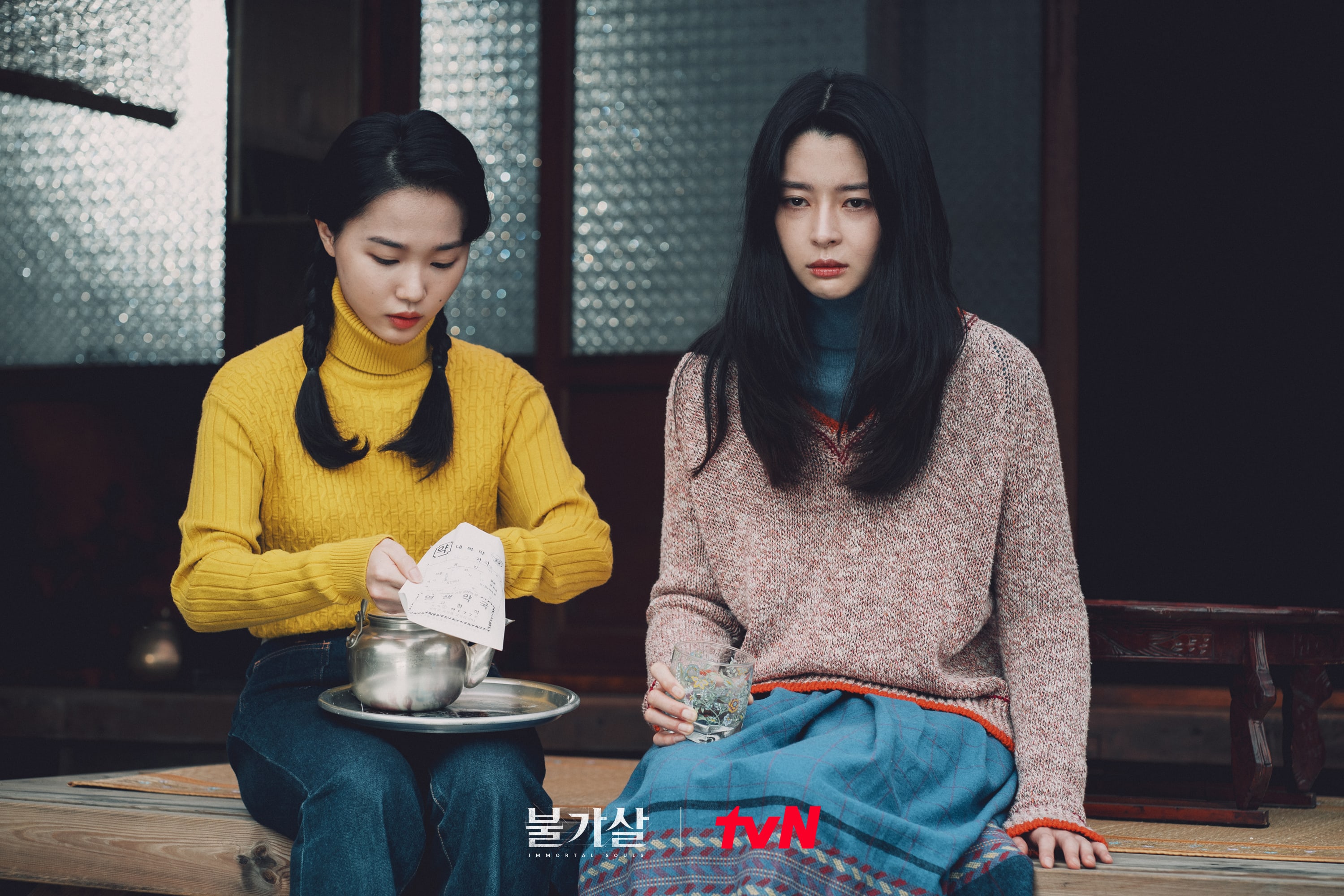 Furthermore, a young Hye Seok (Park Myung Shin), who lived in the same village at the time, looks surprised, creating strange tension in the air. Previously, when Min Si Ho (Gong Seung Yeon) read the memory of Hye Seok’s soul, the soul had peculiarly stated, “Please take the memory of my soul.” 50 years later, Hye Seok suddenly tossed out a new prediction about a person who lost their memories. 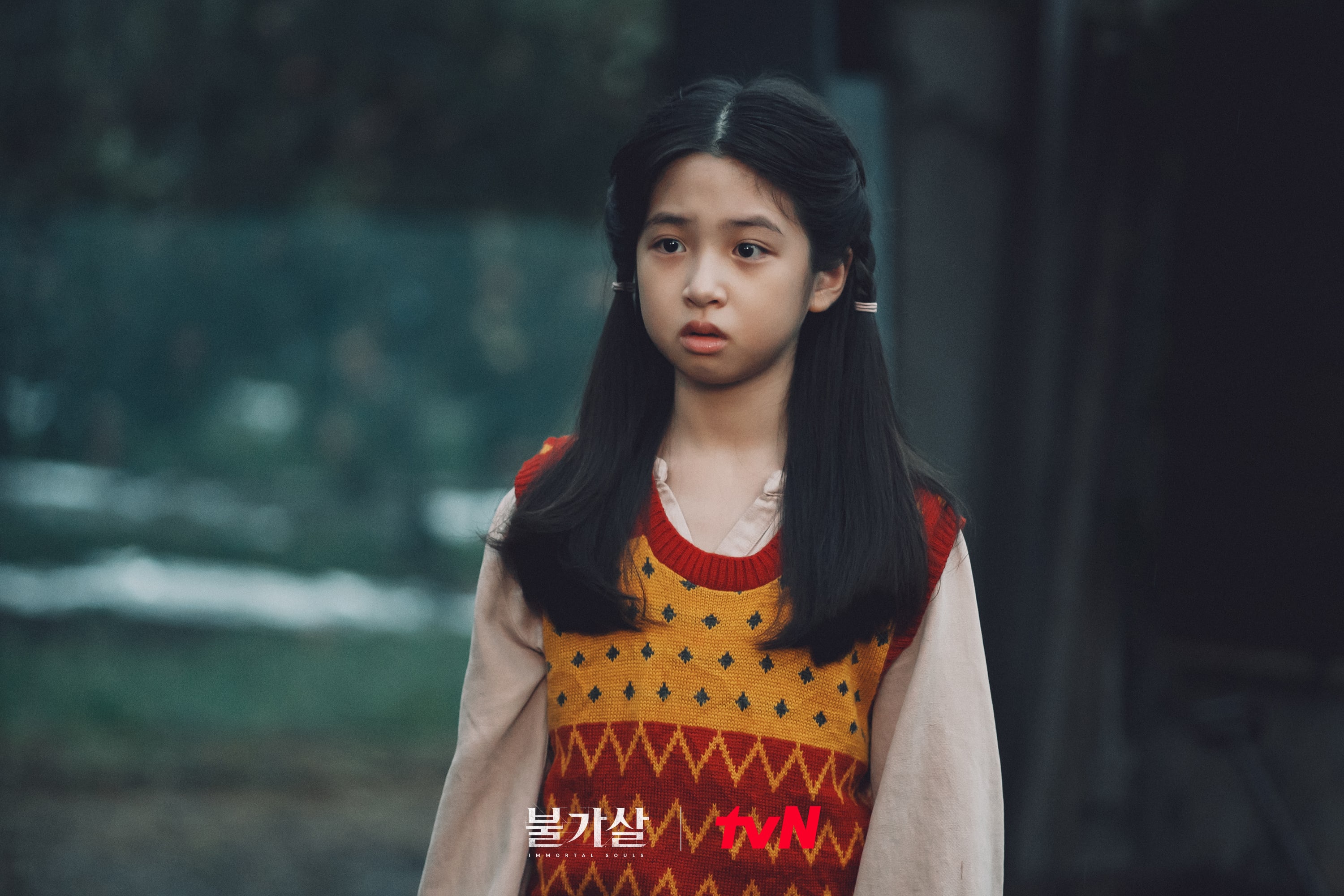 Hye Seok, who was a shaman in her past life, uses the memories of her soul to talk to people in the present, and it appears as if she has sent another warning. Viewers are curious to find out what significant message she delivered to Kim Hwa Yeon and if there are any other secrets within the past lives Min Sang Woon cannot recall.