SBS’s Friday-Saturday drama “Through the Darkness” has shared a peek at tonight’s episode!

Set in the late 1990s, “Through the Darkness” is based on the story of South Korea’s first criminal profiler. Kim Nam Gil plays Song Ha Young, a member of the Seoul Metropolitan Police Agency’s Criminal Behavior Analysis team, while Jin Sun Kyu stars as his friend and colleague Guk Young Soo, who originally brought him onto the team. Kim So Jin takes on the role of Yoon Tae Goo, the team leader of the Mobile Investigation Unit at the Seoul Metropolitan Police Agency, whose sharp instincts have made her a legend among the police.

The first two episodes of “Through the Darkness” introduced the emphatic police officer Song Ha Young, a police officer who looks more deeply into other people’s thoughts than anyone else despite appearing to be emotionless on the outside. After a murder case took place, Song Ha Young was the first to visit the victim’s family. Furthermore, he opposed of his superior’s coercive investigation methods, and he equally weighed the possibilities that the suspect could be innocent or guilty, showcasing the skills needed most from a criminal profiler. To the delight of Guk Young Soo, who was earnestly trying to create a new investigation team, Song Ha Young was the perfect candidate of a profiler.

In the newly released stills, Song Ha Young and Guk Young Soo are talking to a criminal. They’re armed with thick documents and a recorder. It can be assumed that the two characters will come together as a Criminal Behavior Analysis team to interview a lawbreaker. At the end of the second episode, it was implied that there will be another criminal case, raising questions about how Song Ha Young and Guk Young Soo will approach it using profiling investigation techniques. 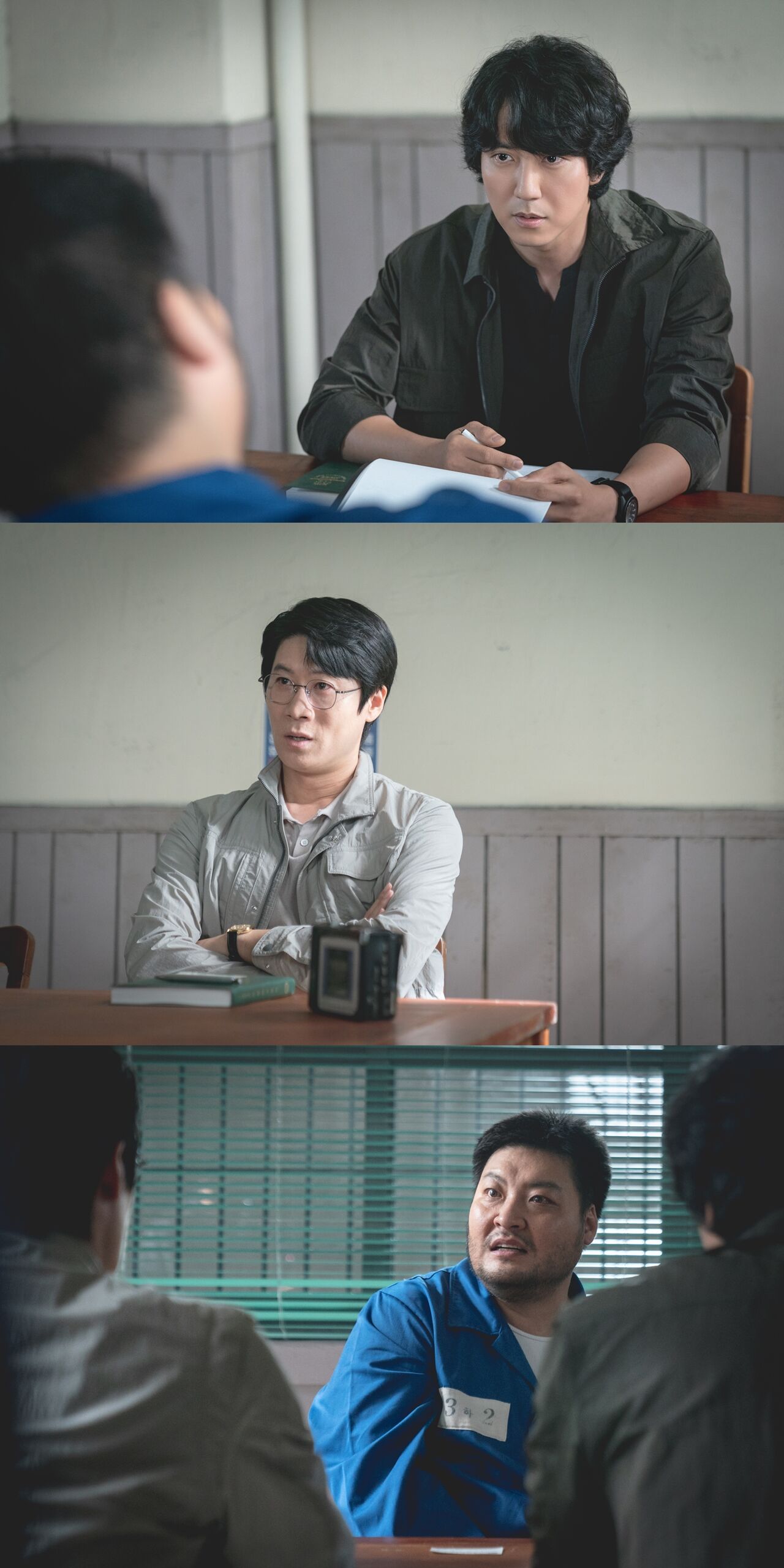 The production team stated, “Today’s broadcast of episode 3 will depict the first case in Korea that uses criminal behavior analysis and profiling investigation techniques. Please pay attention to why profiling is needed, why Song Ha Young and Guk Young Soo had to walk through the darkness, and how fiercely they will face the incident.”

Kim Nam Gil
Jin Sun Kyu
Through the Darkness
How does this article make you feel?