The February issue of Elle Korea features Jennie as their cover model. As an extension to her magazine interview, Jennie participated in an emoji interview where she described her mood, members, fans, and more!

To describe herself, Jennie used the black and red hearts and chose the pink one as the emoji that reminds her most of BLINK, BLACKPINK’s fans. As there wasn’t a paddle with the pink heart, she shyly asked them to edit it on top of the black heart and also chose the smiley face with hearts.

When asked to express each of her BLACKPINK members as emojis, Jennie chose smiley faces for Rosé. She commented, “These days, this kind of vibe.” For Jisoo, Jennie picked the smiling sunglasses emoji and chose the emoji with the party horn for Lisa. 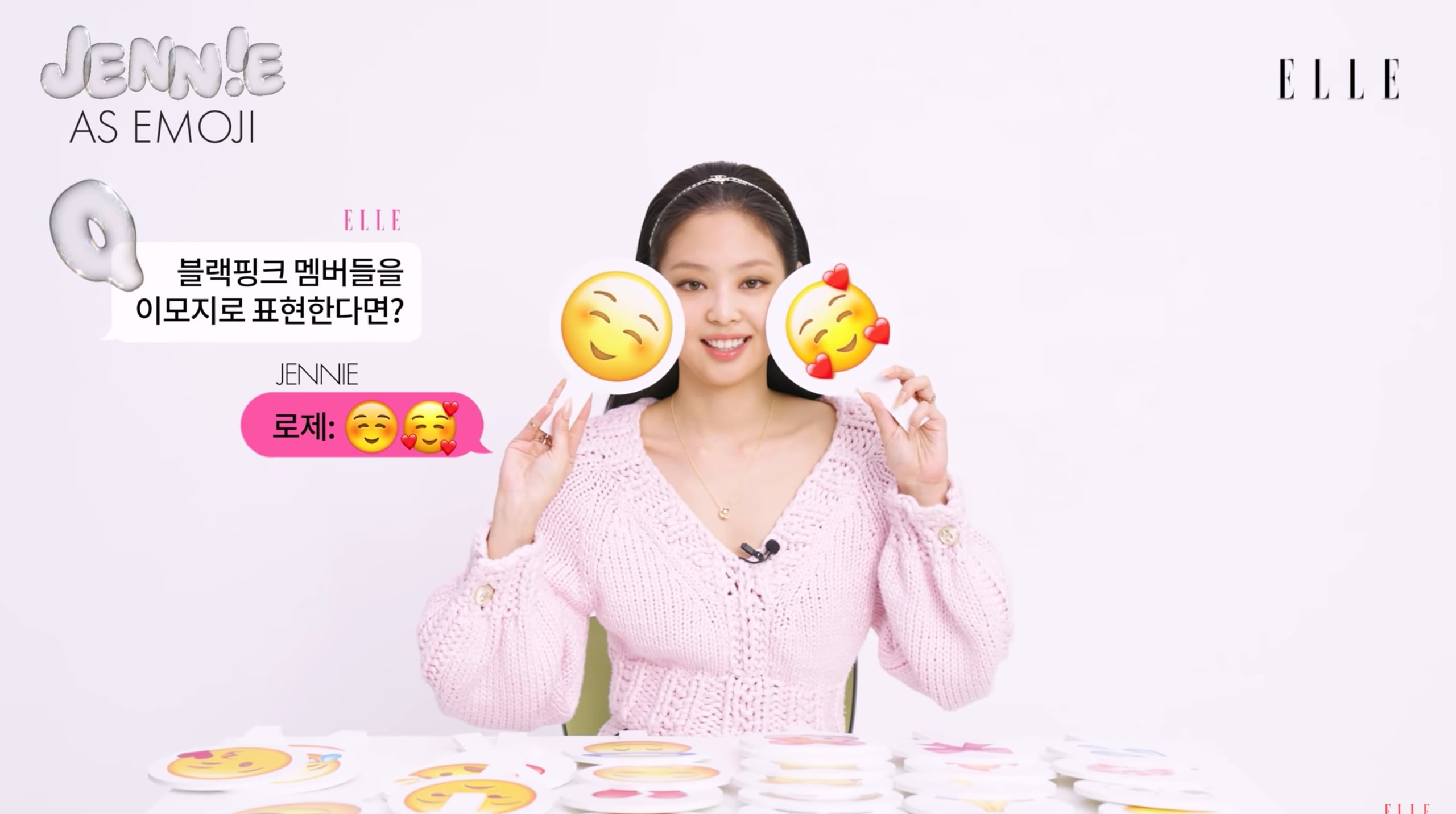 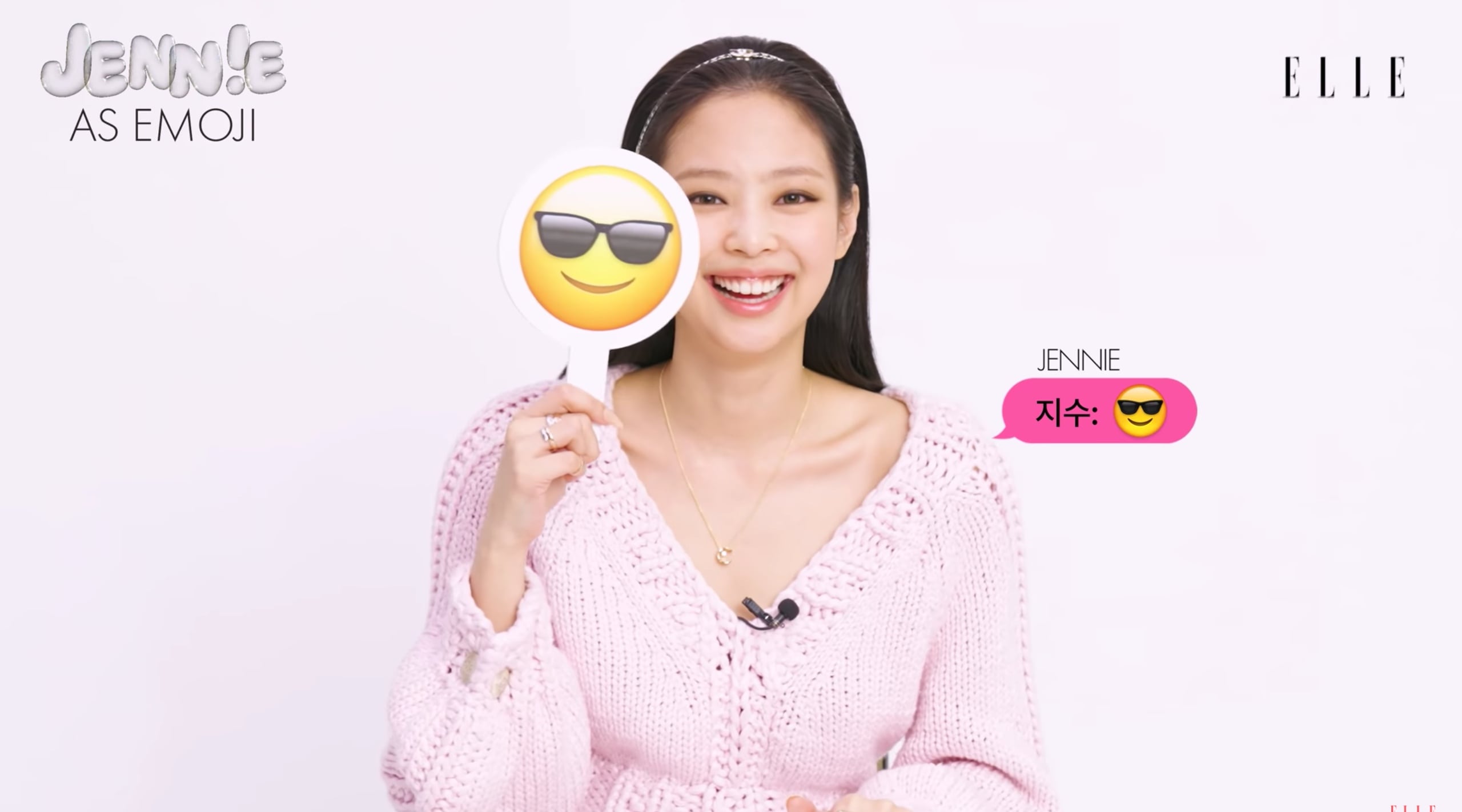 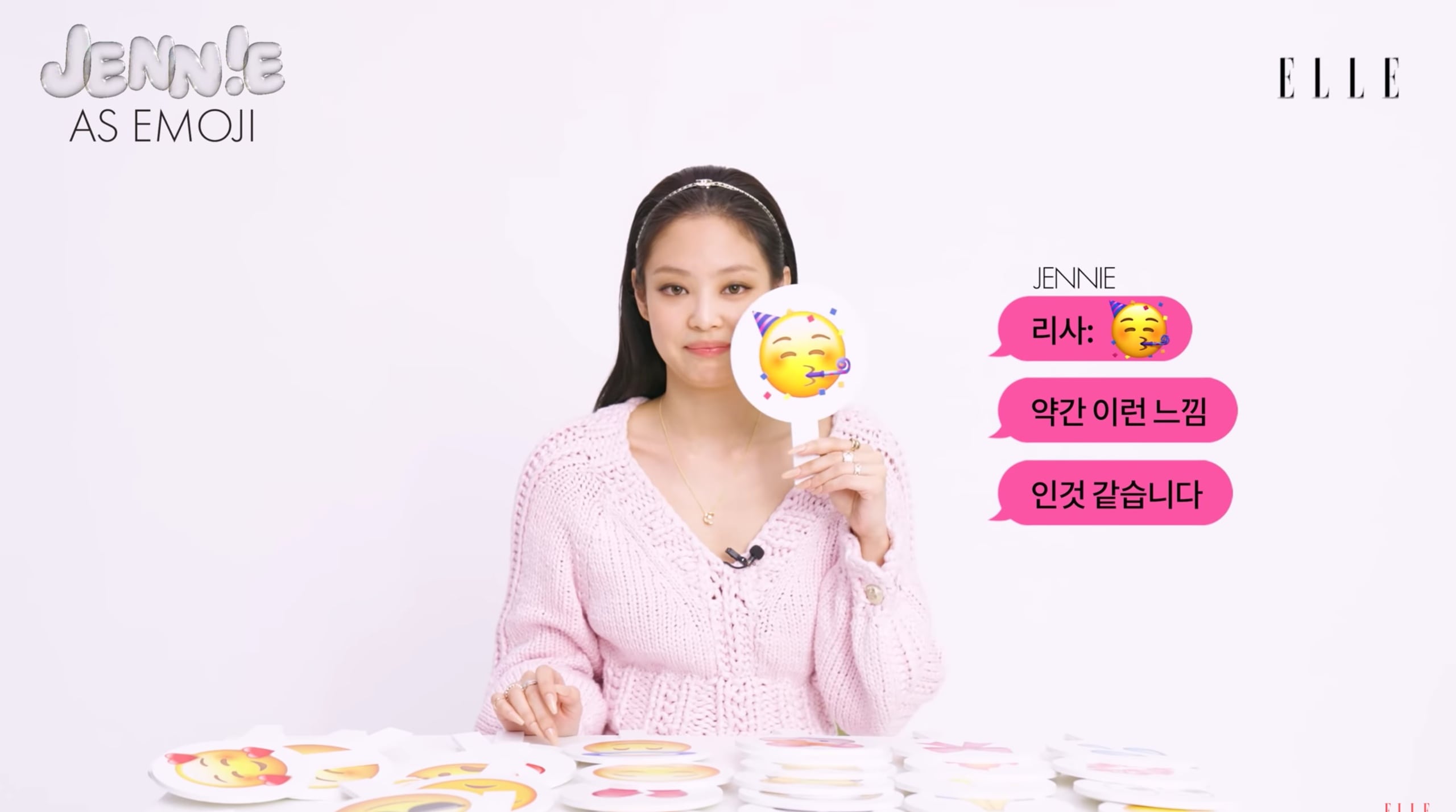 Due to how well she suits the brand’s image, Jennie was asked to describe being called “Human Chanel.” Jennie picked the folded hands emoji and commented, “Wouldn’t it be this?”, expressing her gratitude for the nickname.

To sum up her fashion style, Jennie picked up the clapping emoji before explaining with a giggle, “It’s a joke.” She then chose the exploding head emoji and explained, “I think my fashion style is kind of like this. What should I wear?” 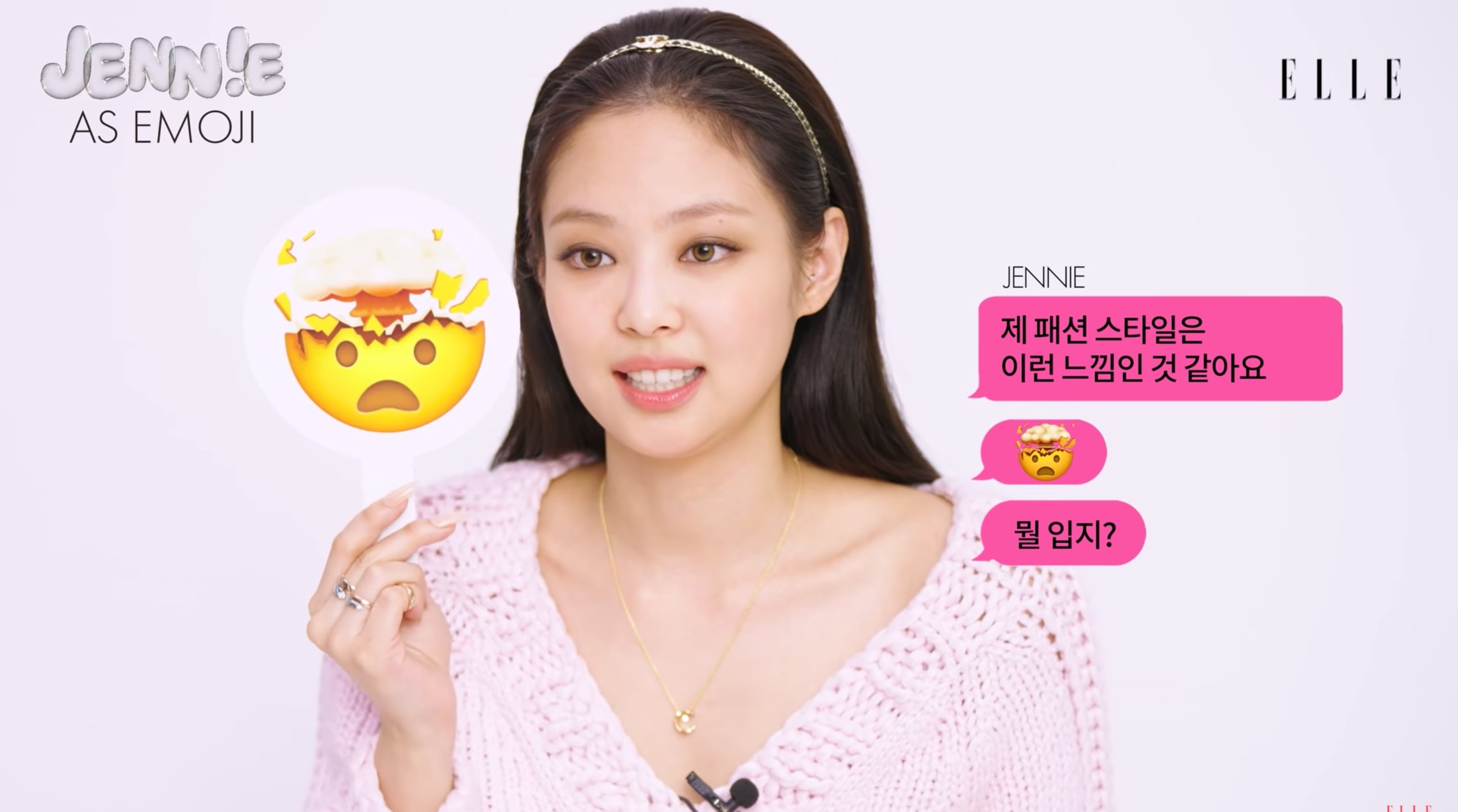 Jennie’s full interview and photo shoot will be available in the February issue of Elle.