Kim Nam Gil, Jin Sun Kyu, And Kim So Jin Know No Bounds When It Comes To Finding The Truth In “Through The Darkness”

Kim Nam Gil, Jin Sun Kyu, and Kim So Jin will do anything to find the truth in “Through the Darkness”!

Set in the late 1990s, “Through the Darkness” is based on the story of South Korea’s first criminal profiler. Kim Nam Gil plays Song Ha Young, a member of the Seoul Metropolitan Police Agency’s Criminal Behavior Analysis team, while Jin Sun Kyu stars as his friend and colleague Guk Young Soo, who originally brought him onto the team. Kim So Jin takes on the role of Yoon Tae Goo, the team leader of the Mobile Investigation Unit at the Seoul Metropolitan Police Agency, whose sharp instincts have made her a legend among the police.

With all eyes on what will happen next, “Through the Darkness” unveiled new stills that hint they will get tangled up in a messy investigation. Song Ha Young, Guk Young Soo, and Yoon Tae Goo are sweating from head to tie as they desperately search the sewer. They’re looking for clues related to the horrific murder case of a five-year-old girl. 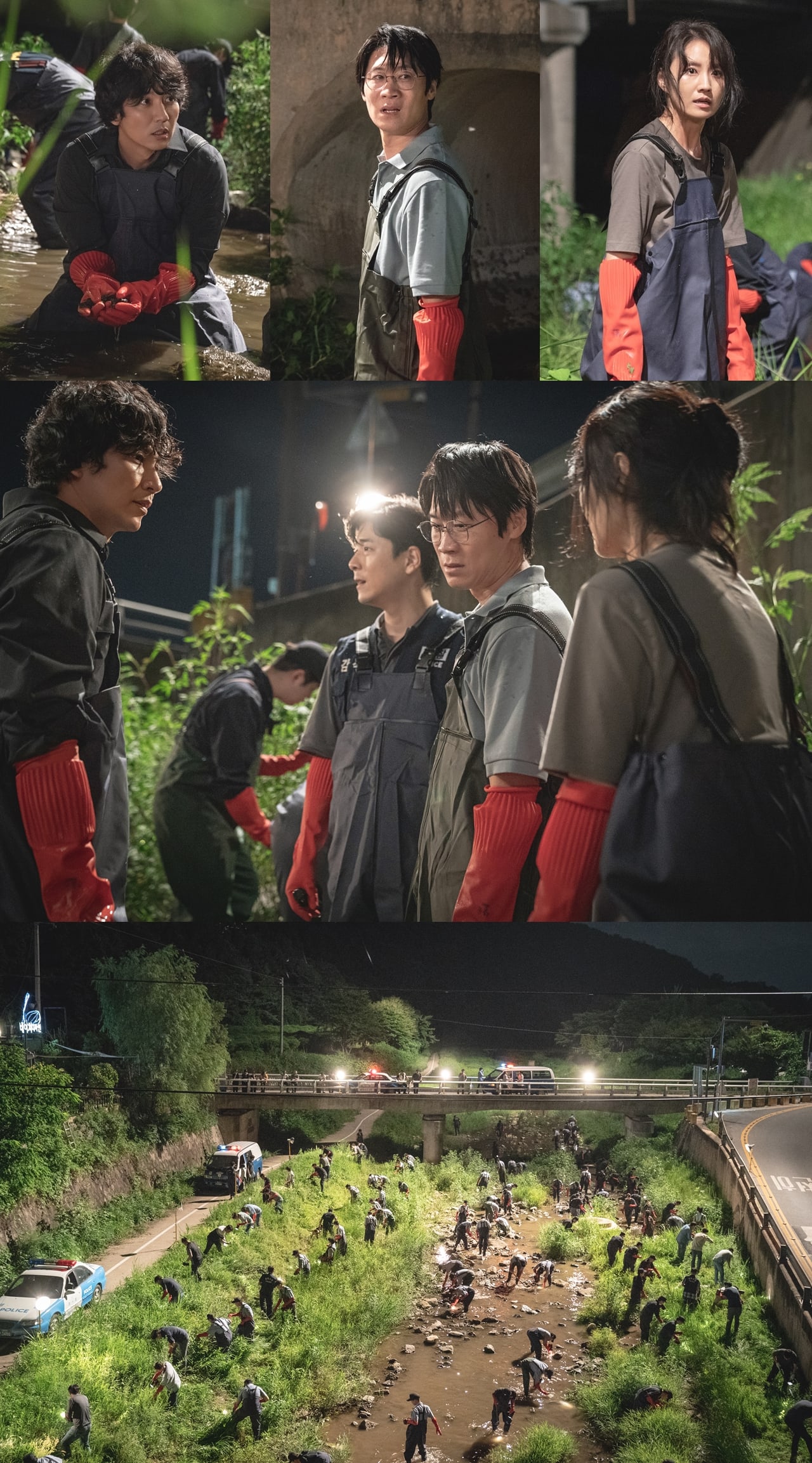 Watch “Through the Darkness” on Viki below!