Preview stills have been released ahead of the upcoming episode of “Our Beloved Summer”!

On the previous episode of “Our Beloved Summer,” Choi Woong (Choi Woo Shik) and Guk Yeon Soo (Kim Da Mi) were presented with a difficult conflict of choice in danger of facing a repeat of their past now again in the present. Also at the end of the episode, Guk Yeon Soo cried as she said, “I don’t want to be alone again,” to her grandmother who was preparing to move to a nursing home.

In preview stills for the next episode, Choi Woong and Guk Yeon Soo cling to each other’s side during a heartwarming date at home. The couple can be seen snuggling together while reading a book, cuddled up on the couch, staring lovingly into each other’s eyes, and happily eating some food together. Their relationship has grown, and they have become comfortable enjoying the simple joys of everyday life together. 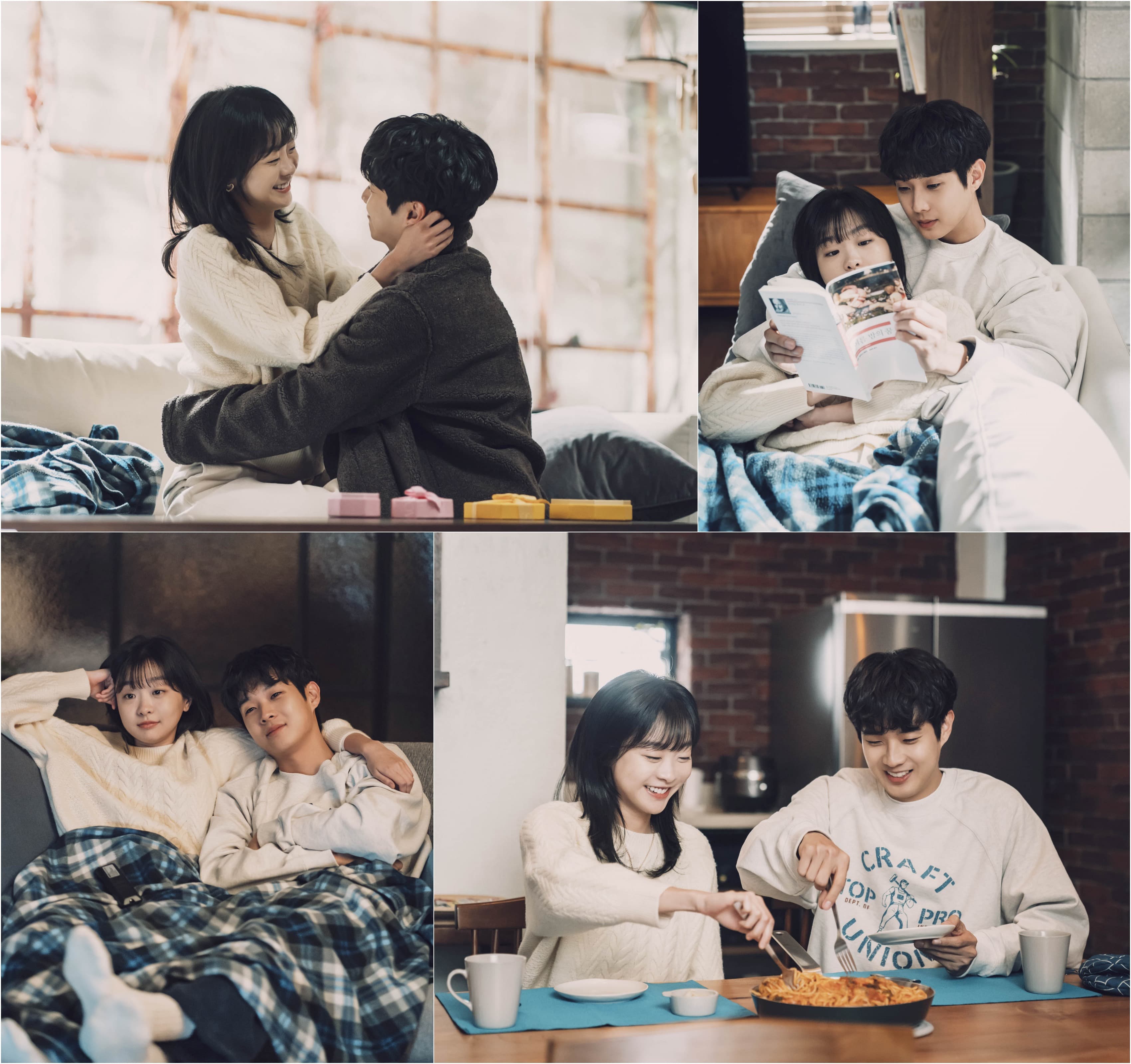 However, other images preview a completely different vibe as Choi Woong is seen waiting anxiously for someone at his personal exhibition. NJ (Noh Jung Ui) appears first before him and announces that her one-sided love for him has ended, but she hands him flowers as a true fan of his artwork. Then artist Nua (Kwak Dong Yeon), who previously caused a plagiarism controversy for Choi Woong, appears again and brings tension in the air. The images draw curiosity about what happened between the two artists in the past.

The one person Choi Woong is waiting for, Guk Yeon Soo, doesn’t appear, raising questions about what is ahead for the couple. 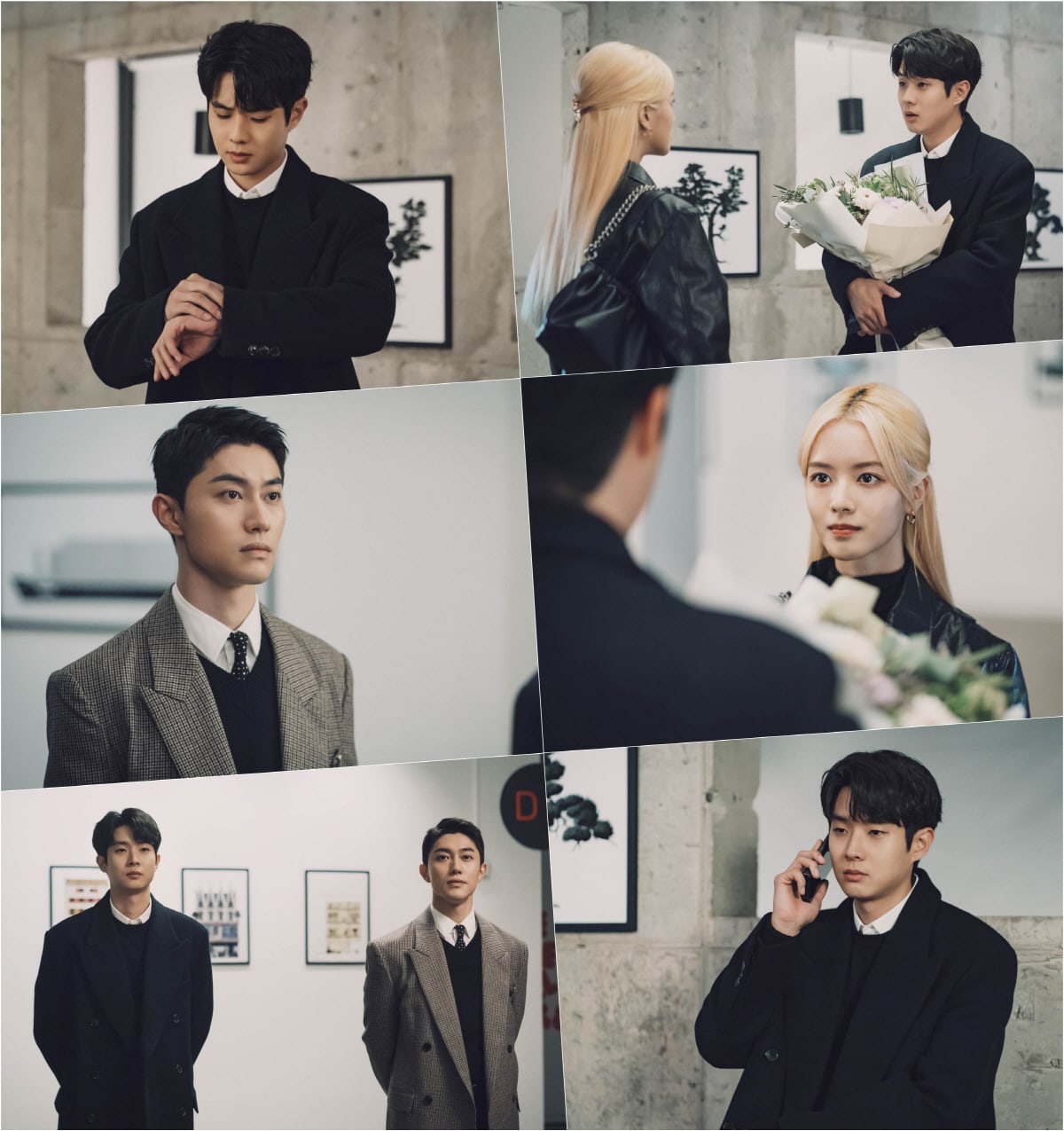 Regarding the upcoming episode, the drama’s production team told viewers to anticipate some unexpected misfortune at Choi Woong’s personal exhibition. They stated, “Choi Woong and Guk Yeon Soo will face another crisis that shakes them. Please watch to see whether the two, who previously strengthened their love, will be able to maintain it.”

In the meantime, watch Choi Woo Shik and Kim Da Mi in “The Witch: Subversion”