Choi Hyun Wook plays Moon Ji Woong, an influencer in the late 1990s whose goal is to become “Today’s Member” on the social networking service Cyworld. As a fashion trendsetter with unique tastes, Moon Ji Woong is a whimsical character who asserts his own artistic style and has extraordinary talent in numerous fields.

Having won Best New Actor at the 2021 SBS Drama Awards for his performance in “Taxi Driver” and “Racket Boys,” Choi Hyun Wook will once again impress viewers with his new transformation into Moon Ji Woong. Recently, the drama released its first stills of the fashionable student. One still depicts Moon Ji Woong having a conversation with someone while wearing a white headphone set around his neck and holding a skateboard in his arm. 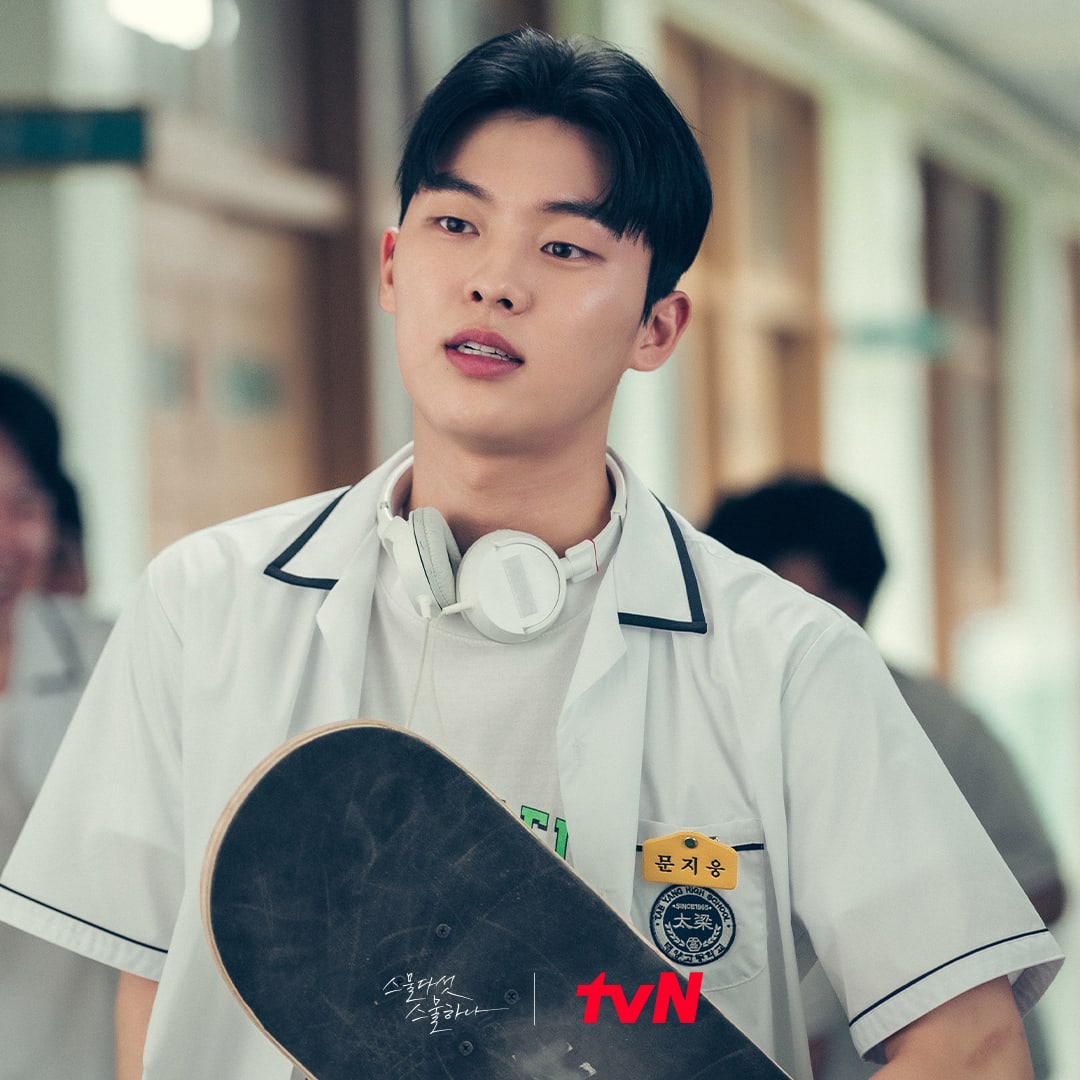 Another still portrays him fiddling with the camcorder while also capturing the electronic watch and fashionable bracelets he is wearing. Highlighting the fashion of the late 1990s, Choi Hyun Wook draws anticipation for his intriguing character in the upcoming drama. 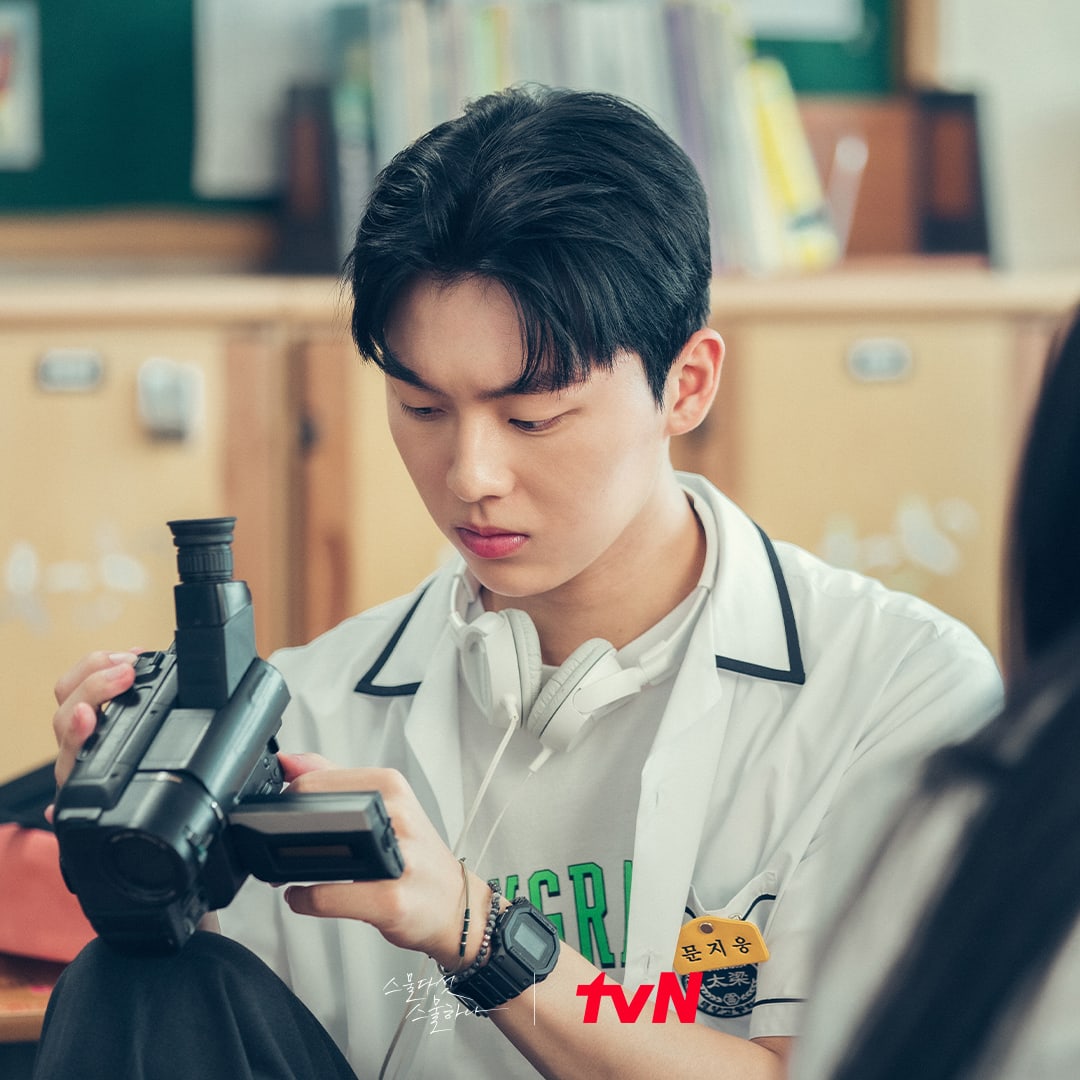 Regarding his reason for starring in the show, Choi Hyun Wook shared, “I thought it would be a good experience to act in a time period that I have not experienced. I felt touched by the youthful story of the five friends.” The actor continued to share, “Ji Woong is a bright and optimistic friend, and he is talented in many areas. The aspect I like about Ji Woong is his confidence while occasionally making cheeky remarks. Since Ji Woong is particularly interested in fashion, I think it will be nice if viewers anticipate his styling, which gives off a 1998 vibe” 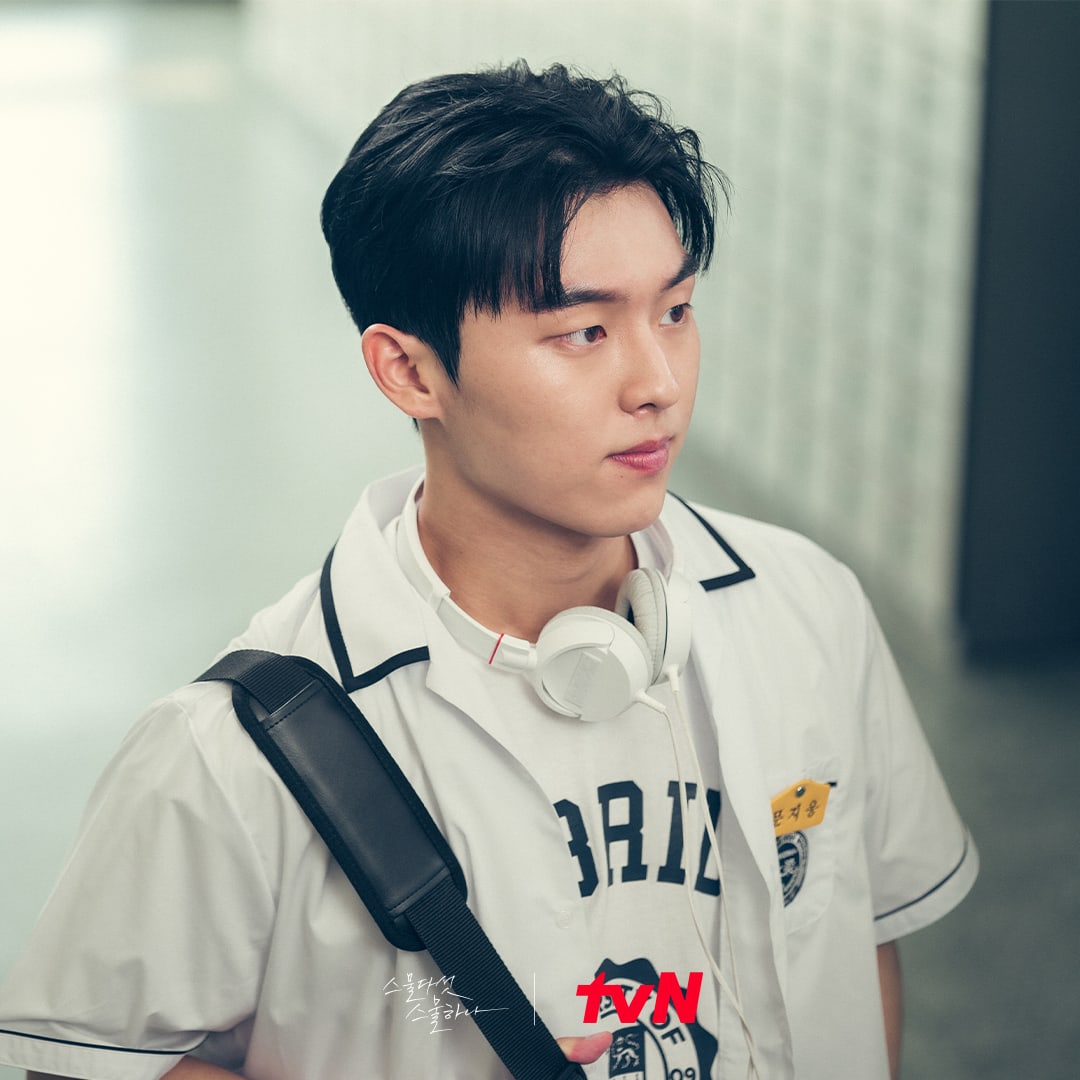 tvN’s “Twenty Five, Twenty One” will premiere on February 12 at 9:10 p.m. KST. Check out a teaser for the drama here!

In the meantime, watch Choi Hyun Wook in “Pop Out Boy!” below:

Choi Hyun Wook
Twenty Five Twenty One
How does this article make you feel?