The final episode of SBS’s “Our Beloved Summer” will air tonight!

On the previous episode of “Our Beloved Summer,” Choi Woong (Choi Woo Shik) and Guk Yeon Soo (Kim Da Mi) started to sense misfortune at the peak of happiness. Choi Woong was heavily criticized after his individual exhibition, and Guk Yeon Soo shed endless tears due to her grandmother’s deteriorating health. When their paths unfortunately got mixed up on the last day of the exhibition, Guk Yeon Soo apologetically said, “I thought I ruined everything again…” Choi Woong comforted her by responding, “You don’t ruin anything.” At the end of the episode, the epilogue depicted Choi Woong saying that he wants to abroad with her.

The new stills preview Choi Woong and Guk Yeon Soo on the verge of another breakup. The couple end up at a regular bar where they used to enjoy date nights together. They’re sitting next to each other, and they lock eyes with emotional expressions. Choi Woong already told her he wants them to go abroad together. Now, it’s up to Guk Yeon Soo to decide the fate of their relationship.

In the final episode, Choi Woong and Guk Yeon Soo will face concern and conflict over the issue of going abroad. Viewers are keen to find out whether the couple, who have made viewers laugh, cry, and feel excited, will be able to protect their love this time. 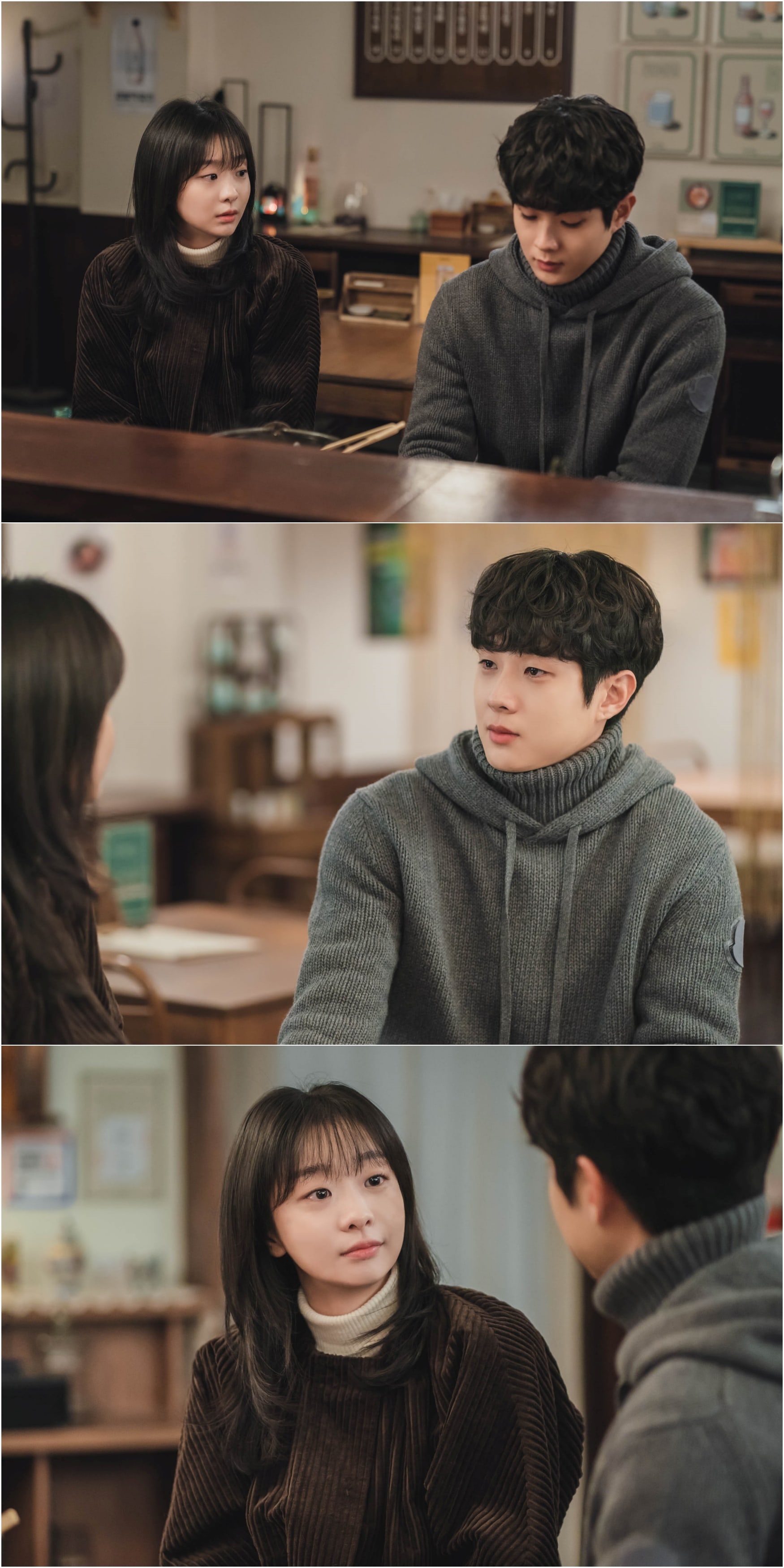 Kim Da Mi and Choi Woo Shik shared key points to look forward to in the grand finale and their thoughts as they said goodbye to the drama.

Choi Woo Shik hinted that the diary that shows what kind of life the characters have lived and endured will end, which will help viewers think about what they will do in the future. He remarked, “After filming for about five months, I am happy that I have captured the best moment of my life that I will never forget on camera. Through ‘Our Beloved Summer,’ I’m experiencing happy days as an actor, and I think it’s more touching because the drama and its characters are loved by viewers. I’ll work harder and greet you with a good project. Thank you so much for watching and loving us.”