Get ready for an important moment between Rain and Lee Moon Soo on the next episode of tvN’s “Ghost Doctor”!

On the previous episode of “Ghost Doctor,” Cha Young Min’s ex-girlfriend Jang Se Jin (played by Uee) successfully operated on the comatose motorcyclist who crashed into him during his car accident (Lee Kyu Hyun). Newly released stills from the drama’s upcoming episode show Jang Se Jin escorting her patient around the hospital in a wheelchair as Cha Young Min warily looks on, raising the question of how the mysterious motorcyclist will affect their story now that he’s returned to the world of the living. 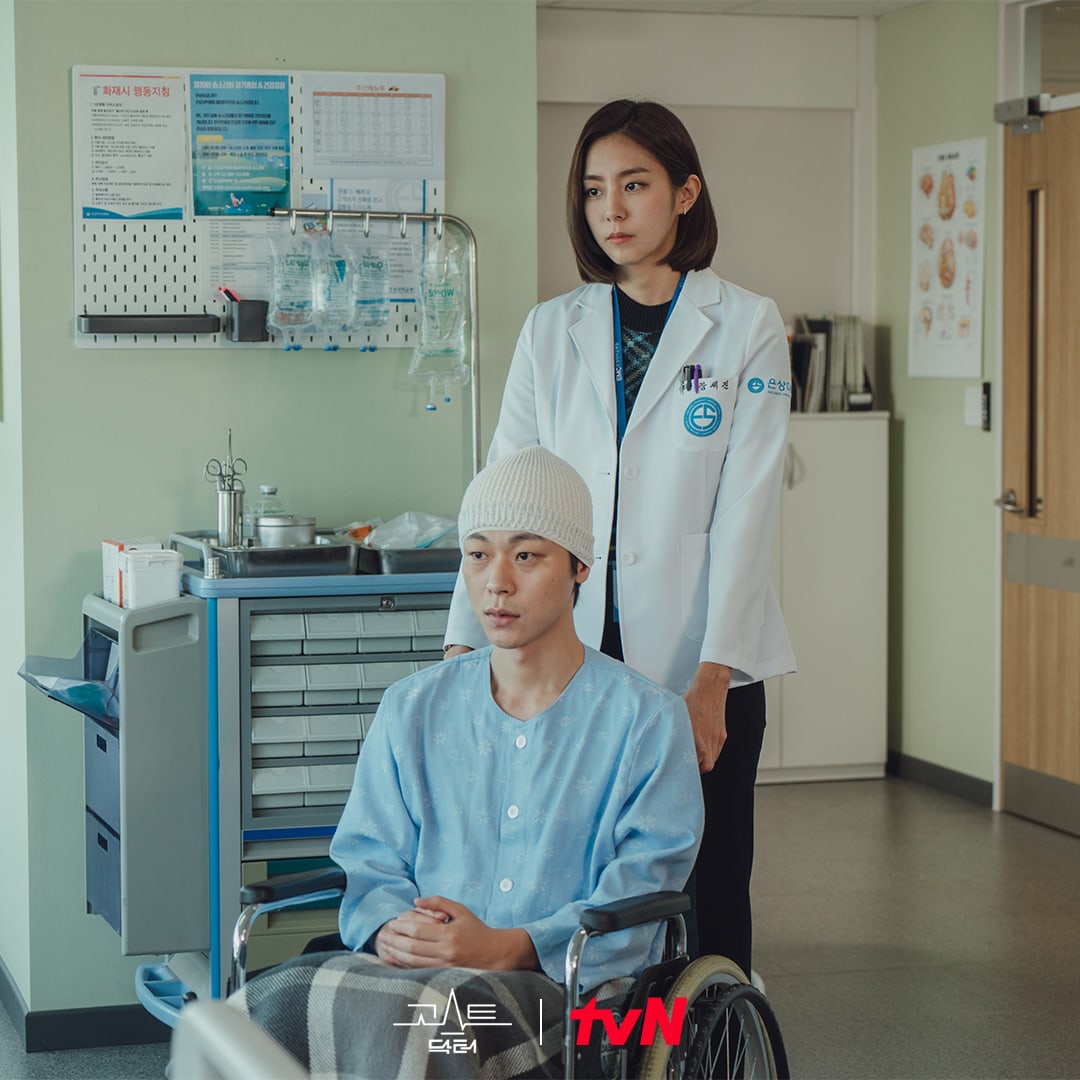 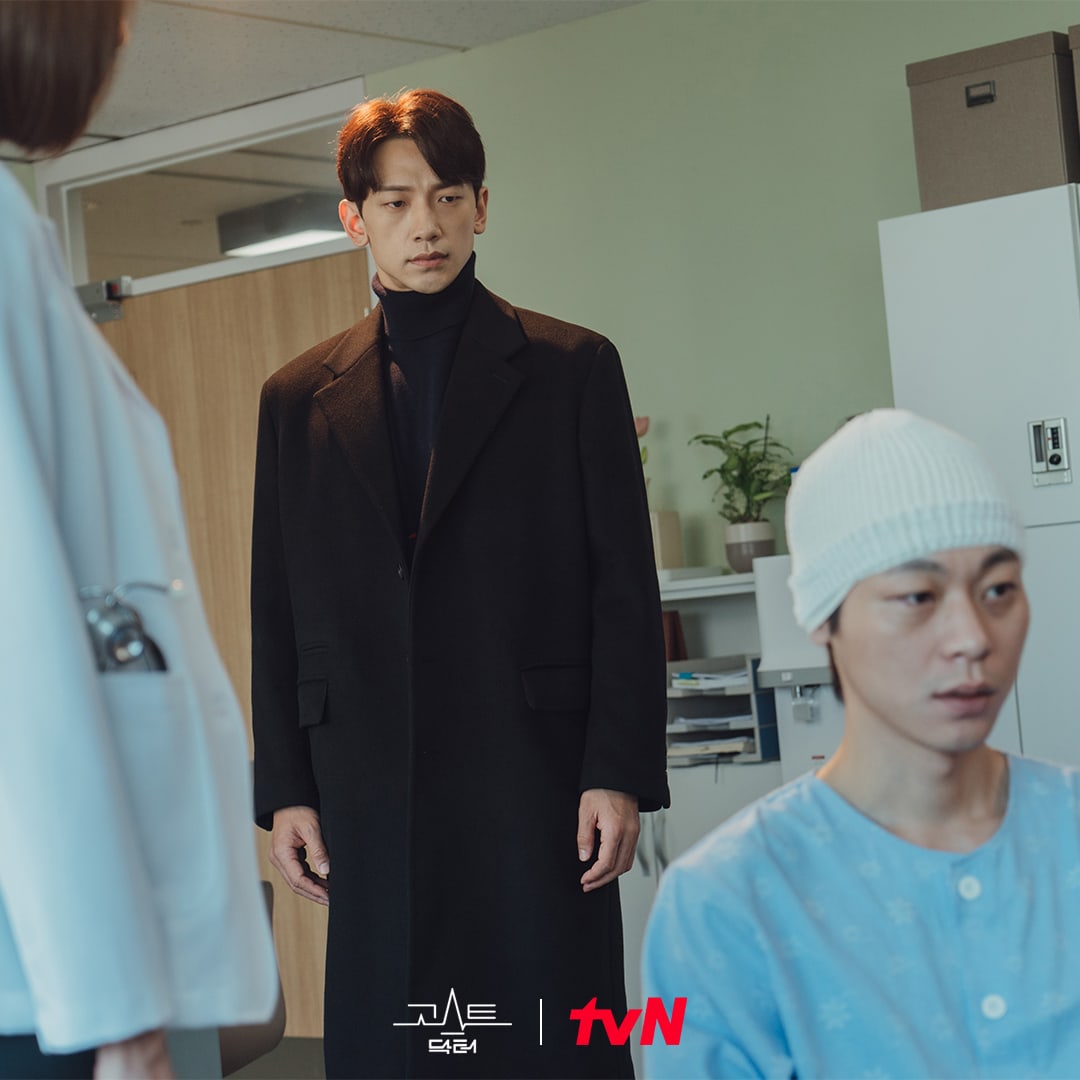 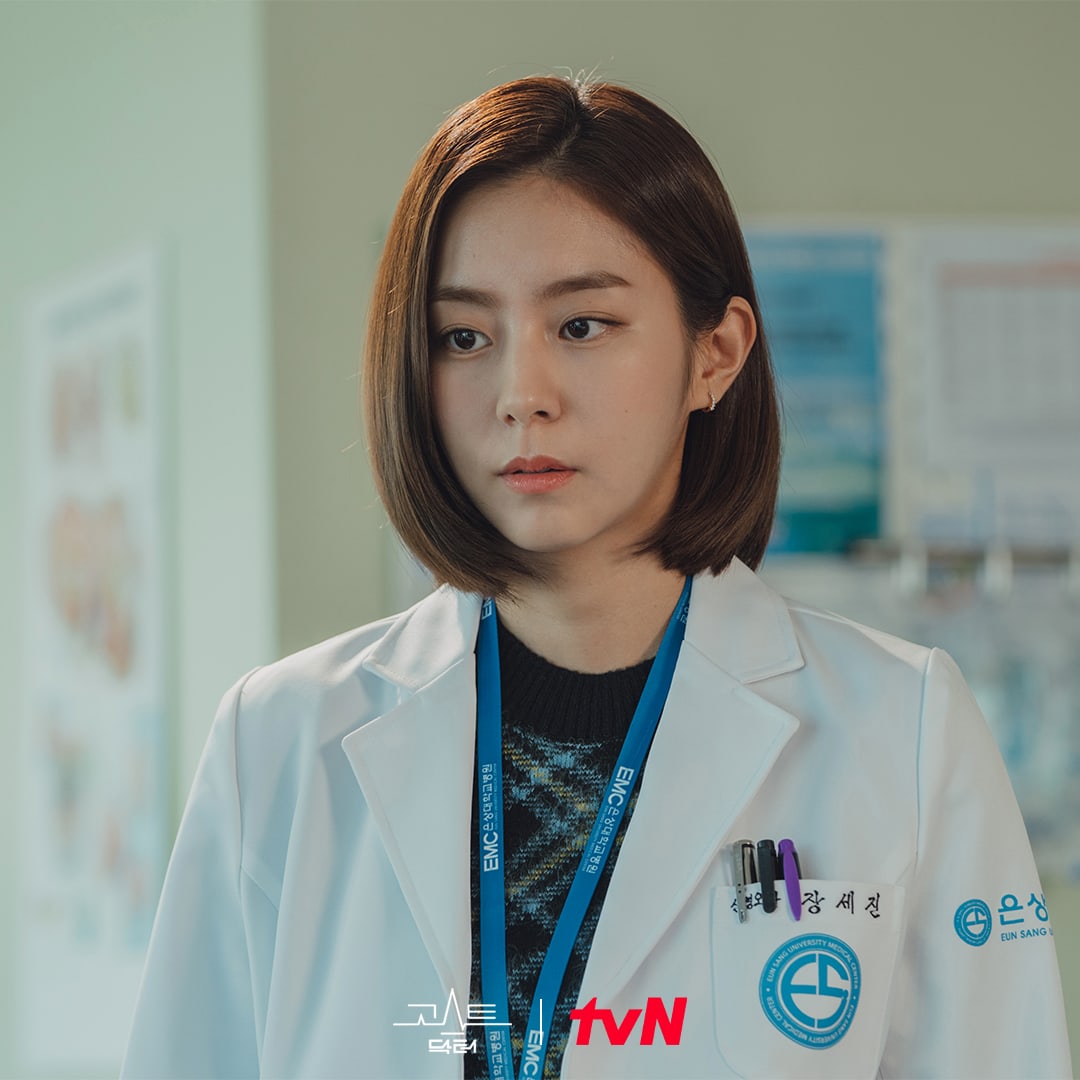 Meanwhile, other photos capture Cha Young Min sharing a drink with Jang Se Jin’s father Jang Kwang Duk (Lee Moon Soo), piquing viewers’ curiosity as to what the two men might have to say to each other. 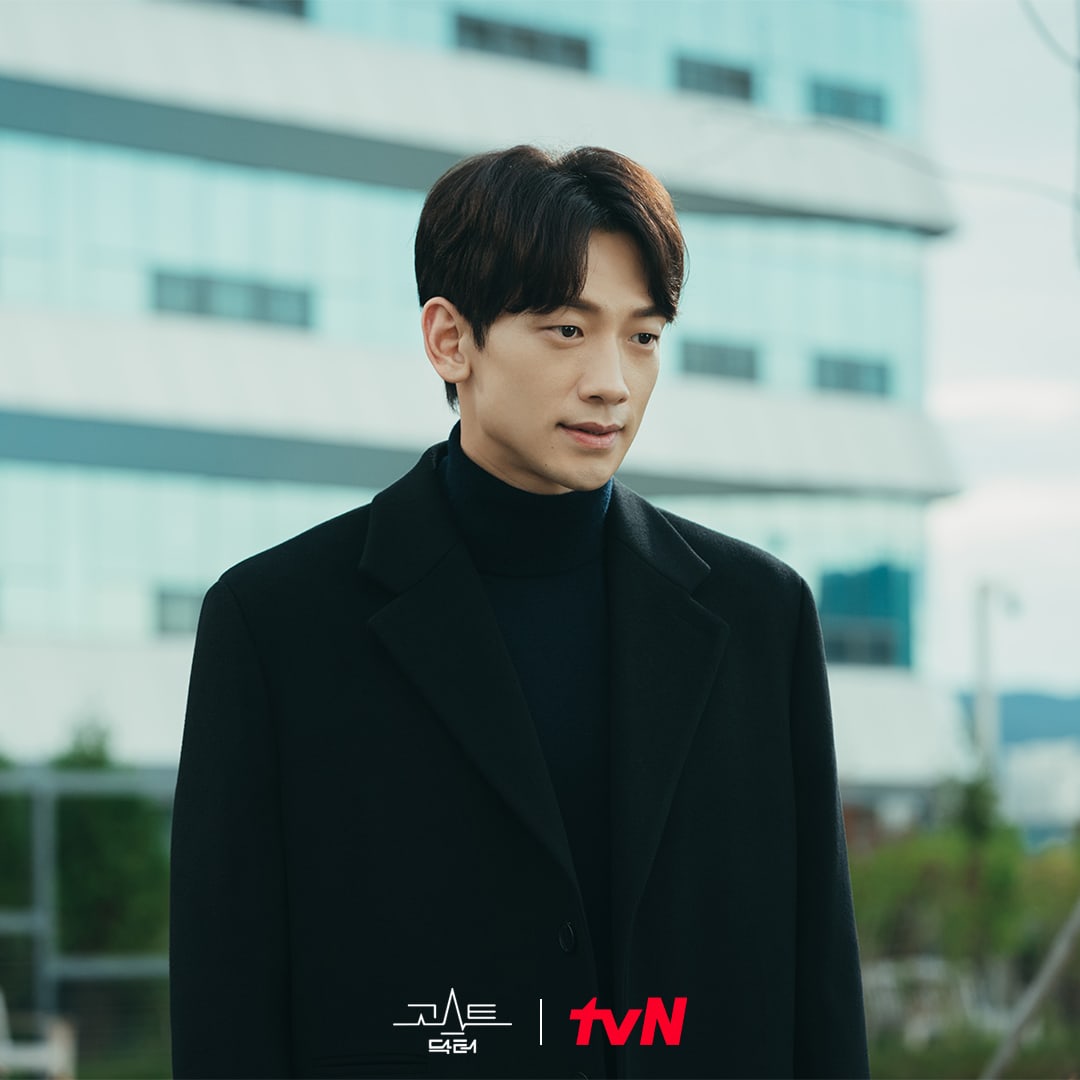 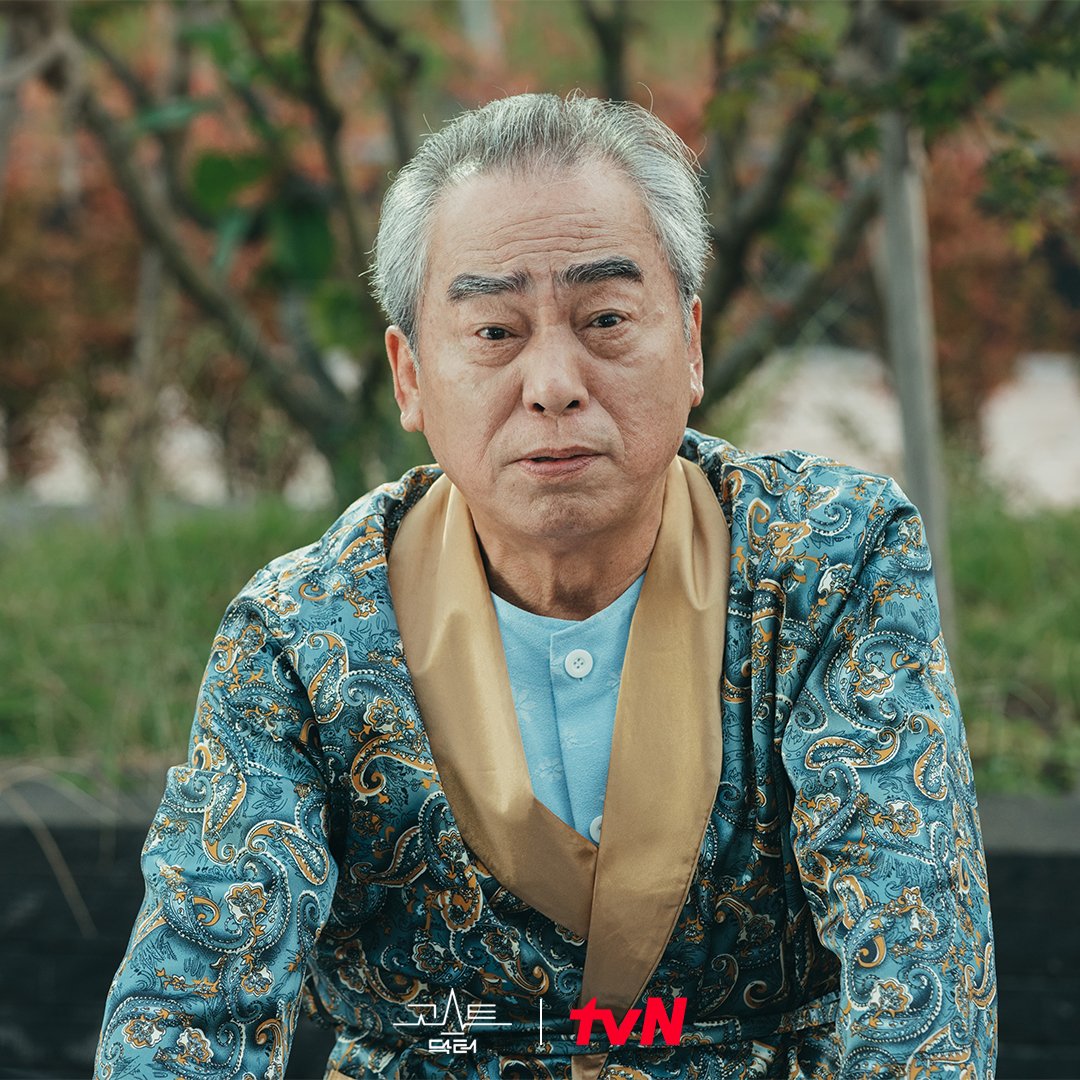 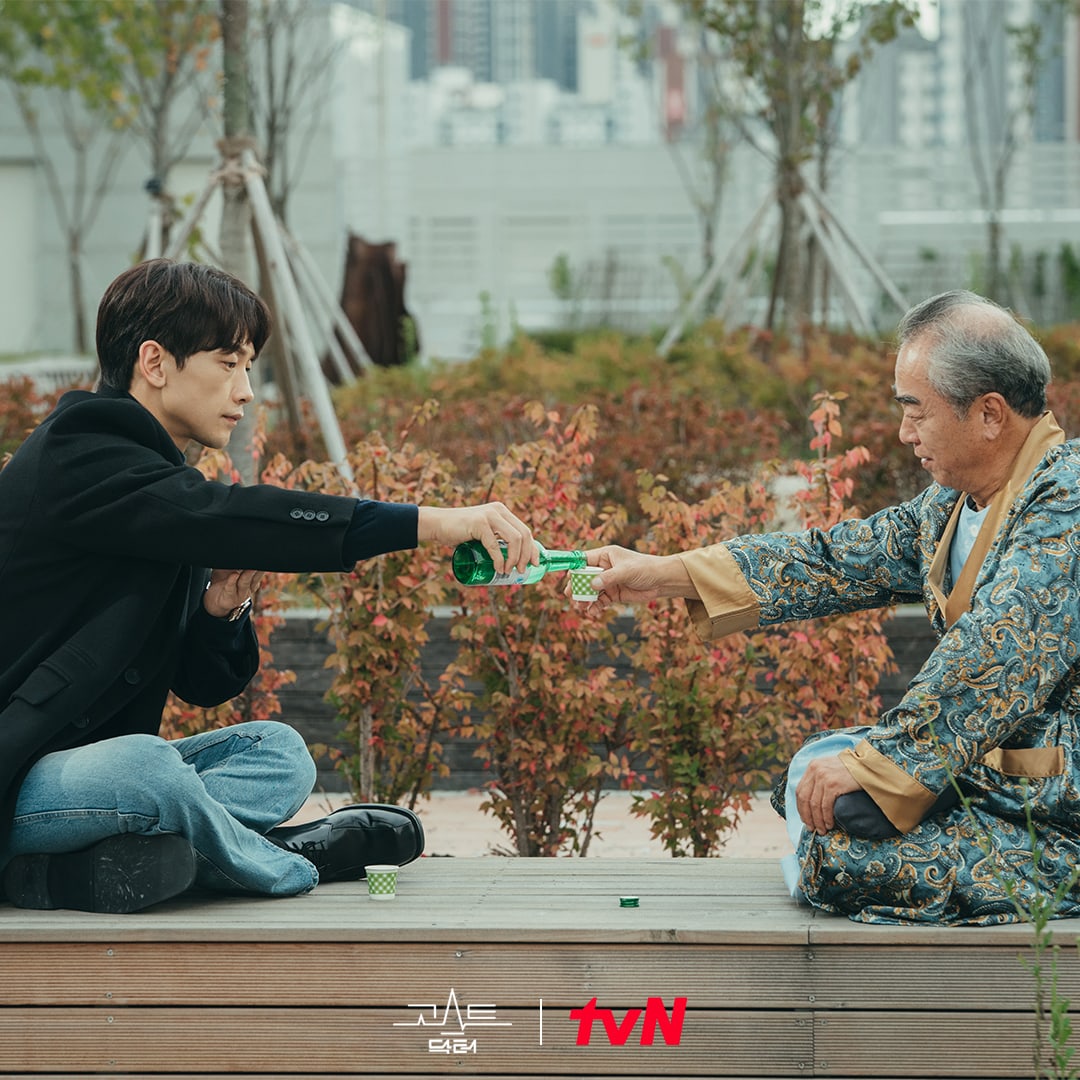 The producers of “Ghost Doctor” teased, “Cha Young Min and Chairman Jang’s conversation is one of the key points to watch out for in today’s episode. Please tune in to learn more about the stories of Cha Young Min, Go Seung Tak, and Jang Se Jin, who are similar but each have their own vibe and style, and to find out what kinds of joy and misfortune will befall them.”