Ahn Eun Jin and Kim Kyung Nam will find themselves in even more danger on the next episode of JTBC’s “The One and Only”!

On the previous episode of “The One and Only,” Pyo In Sook and Min Woo Chun (Kim Kyung Nam)’s plight became even graver when the police publicly declared them wanted fugitives. Before, the couple only had to evade the eyes of the police, but now, they must hide from everyone who knows about the moss rose serial killings—meaning nowhere is safe.

In newly released stills from the drama’s upcoming episode, it appears that Pyo In Sook and Min Woo Chun have gone into hiding as a nun and priest. The disguised couple looks nervous as they clutch a bag and Bible respectively, and it remains unclear whether they will be able to safely remain out of sight.

“A roller coaster ride of a day awaits In Sook and Woo Chun, who have publicly become wanted fugitives,” teased the producers of the drama. “To find out how the increasingly unpredictable moss rose murder case will control and shake up the two characters’ fate, please look forward to tonight’s episode.” 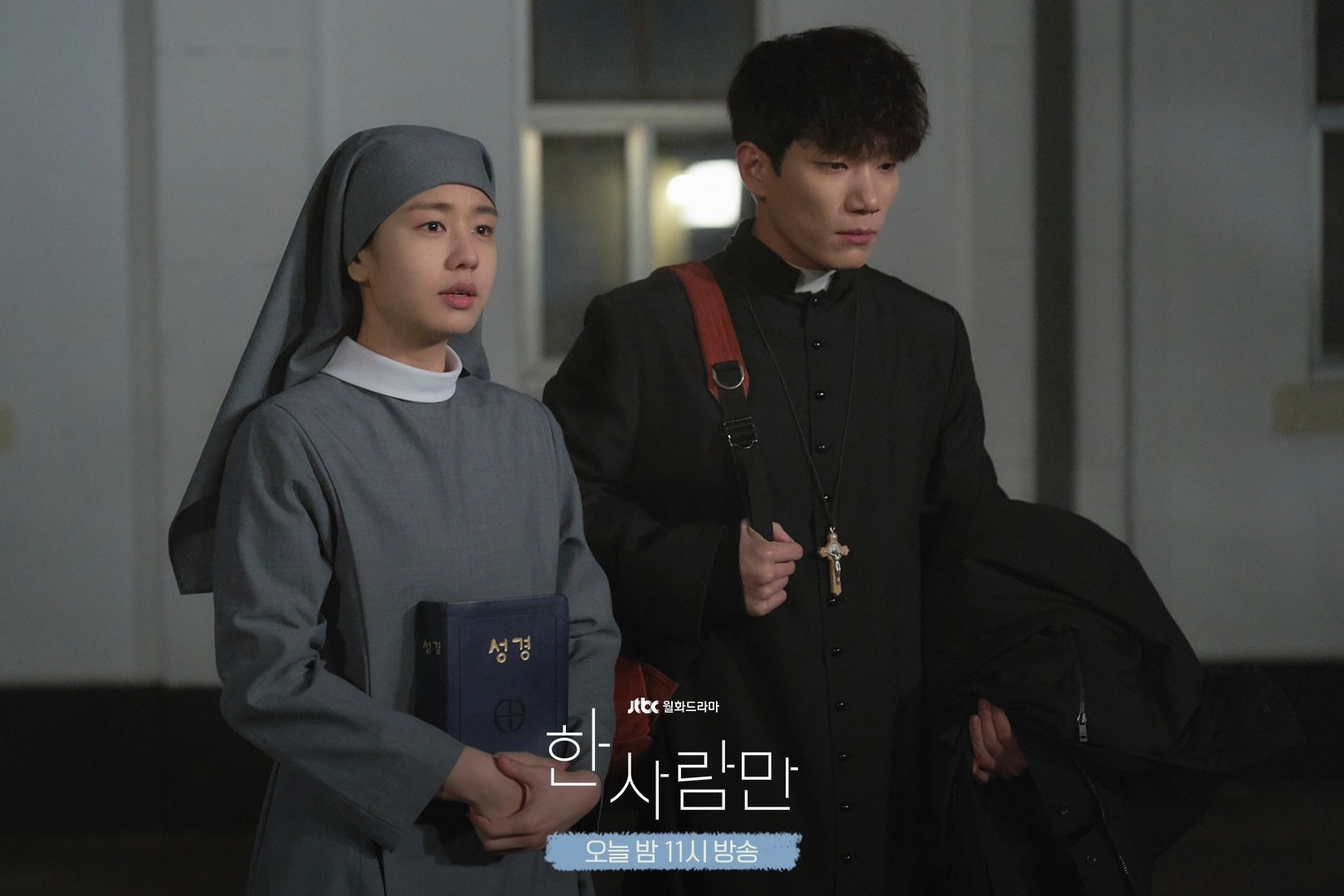 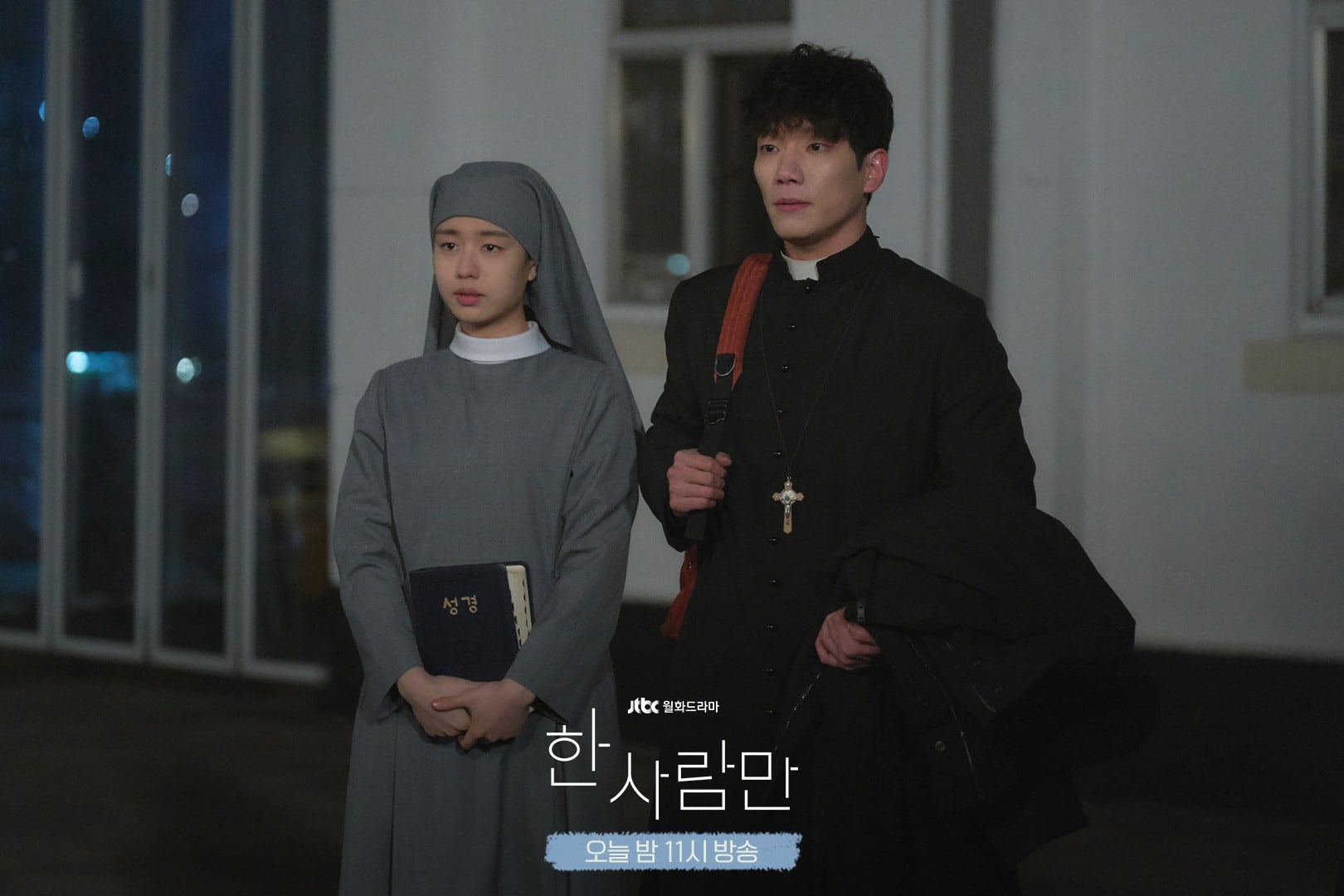