“Our Beloved Summer” is about ex-couple Choi Woong (Choi Woo Shik) and Guk Yeon Soo (Kim Da Mi), whose relationship did not end on good terms. Years later, the documentary they filmed in high school suddenly gains popularity, and they’re forced to be together in front of the camera once more. The drama recently concluded with a personal best in viewership ratings.

The rom-com marked Choi Woo Shik’s return to the small screen after four years since his role in the 2017 drama “Fight For My Way.” It was also the first time in three years that he and Kim Da Mi reunited since their movie “The Witch: Subversion.”

Choi Woo Shik shared, “I didn’t feel burdened in the beginning and middle of filming, but once the premiere approached, the pressure became more and more severe. Dramas have viewers from a wide range of age groups with diverse perspectives. Honestly, I know Da Mi does a good job, and the script is good, so the pressure was enormous. Even so, I thought Da Mi and I could create positive synergy because it was the second time we were meeting.” 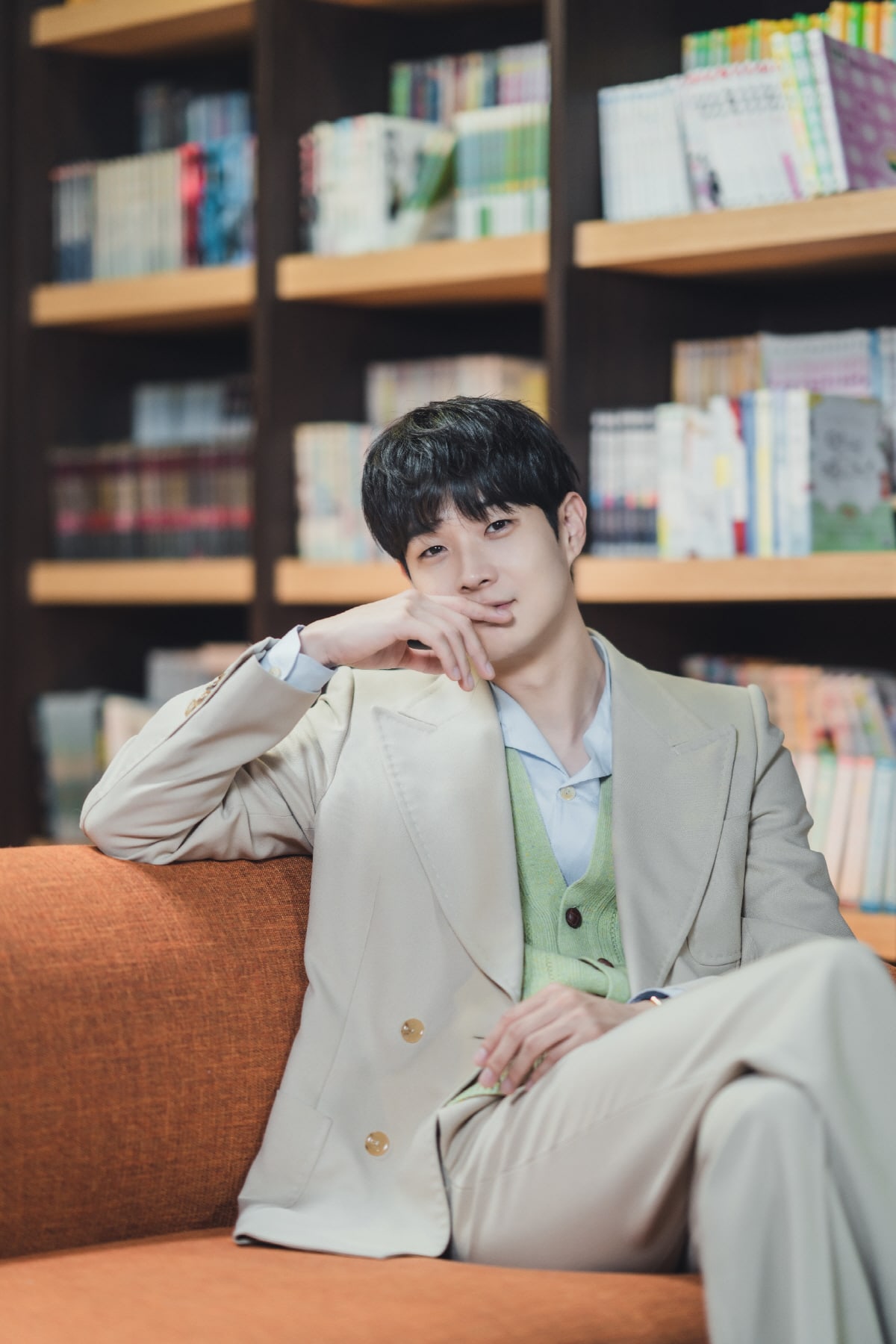 He continued, “In romantic comedies and emotional romance dramas, chemistry with the other person is important, so I was excited to show off new chemistry in this drama. I was confident for some reason, and I thought, ‘I can do better than I did in ‘The Witch: Subversion.’ I think this is because I am comfortable with Da Mi.”

When further elaborating about what it was like to act in a romance drama with Kim Da Mi, he said, “I was comfortable because we are close, but I was also rather shy. Kim Da Mi is a friend who I contact and have been close with even after ‘The Witch: Subversion.’ At first, it was a bit awkward to express physical affection, but I was luckily able to get into character quickly. It would have been really hard if I could not immerse myself into the character, but I was able to able to perform comfortably because she seemed more like Yeon Soo than Da Mi.” 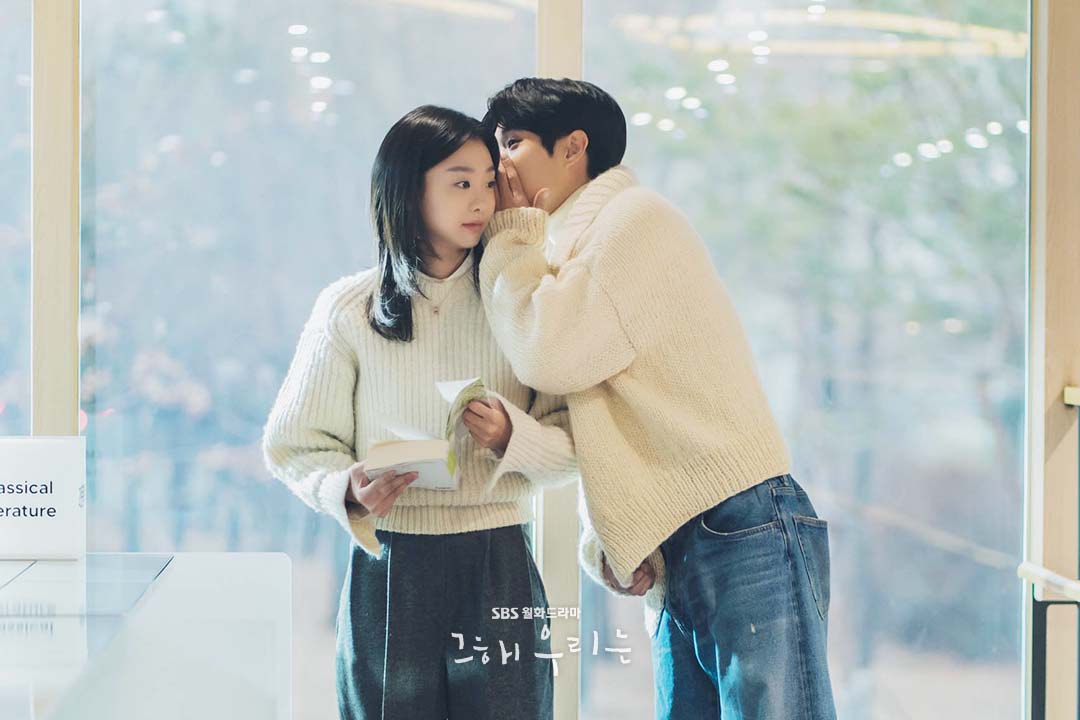 He added, “Kim Sung Cheol is a friend I liked since the past. I also briefly met Noh Jung Ui around eight to nine years ago when she was a child actress, so it is really fascinating that this connection occurred.” Choi Woo Shik also revealed that if he were in Choi Woong’s role, he would have asked Kim Ji Woong (Kim Sung Cheol) about his one-sided love for Guk Yeon Soo in order to keep both friendship and love even though Choi Woong would have waited for Kim Ji Woong to tell him himself.

Comparing his personality to that of Choi Woong’s, Choi Woo Shik explained, “Unlike Choi Woong, I tend to be more honest. If I like something, I tend to express it a lot. However, it felt foreign to do so in front of a camera. Even though it was acting, I was a bit embarrassed for the first date scene.” 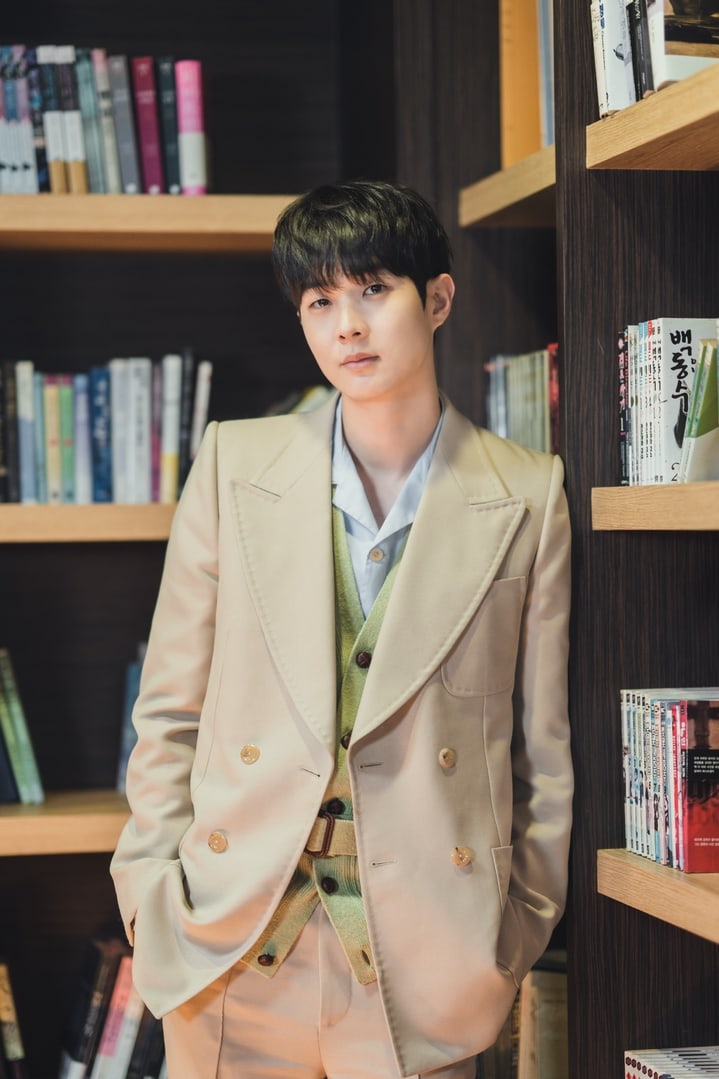 Choi Woo Shik also praised the drama’s OST “Christmas Tree.” The OST is sung by his close friend and BTS member V out of loyalty to the Wooga Squad, which includes Park Seo Joon, Park Hyung Sik, and Peakboy.

Regarding the OST, he commented, “First of all, I really like the song. The song was like MSG that helped me to express my acting better. When my friend said he would sing the song, I was really thankful, and I am really happy to have worked with that friend on a project that would last my whole life.” 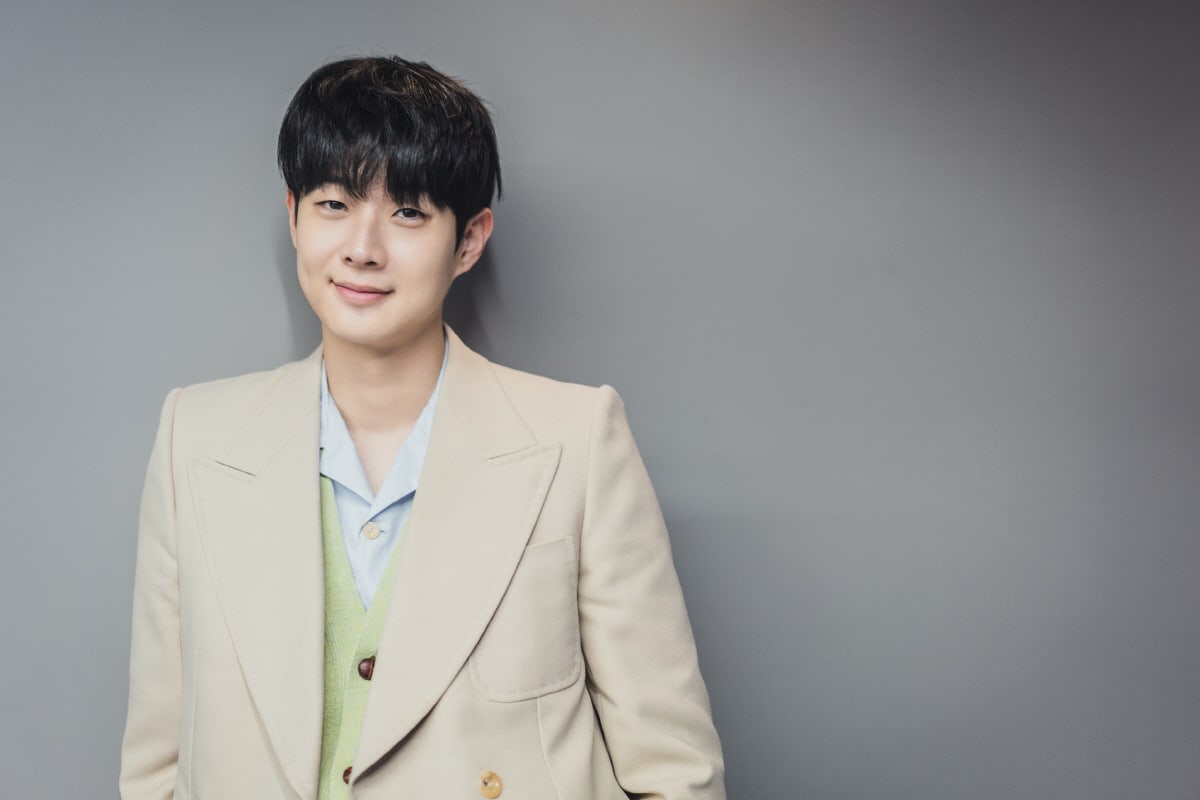 He also mentioned that the Wooga Squad cheered him on and sent him messages of support. The actor gratefully expressed, “My friends are the reliable type who support me even if I am not doing a good job. I am really blessed to have good people around me. I received so many supportive messages because I have a lot of kind people around me.” Choi Woo Shik also hilariously mentioned how he joked to Gong Yoo that he wanted to be known as the king of romantic comedy after this, and the actor had posted a photo of him tuning into the show with the comments “romantic comedy baby” and “romantic comedy prince.” 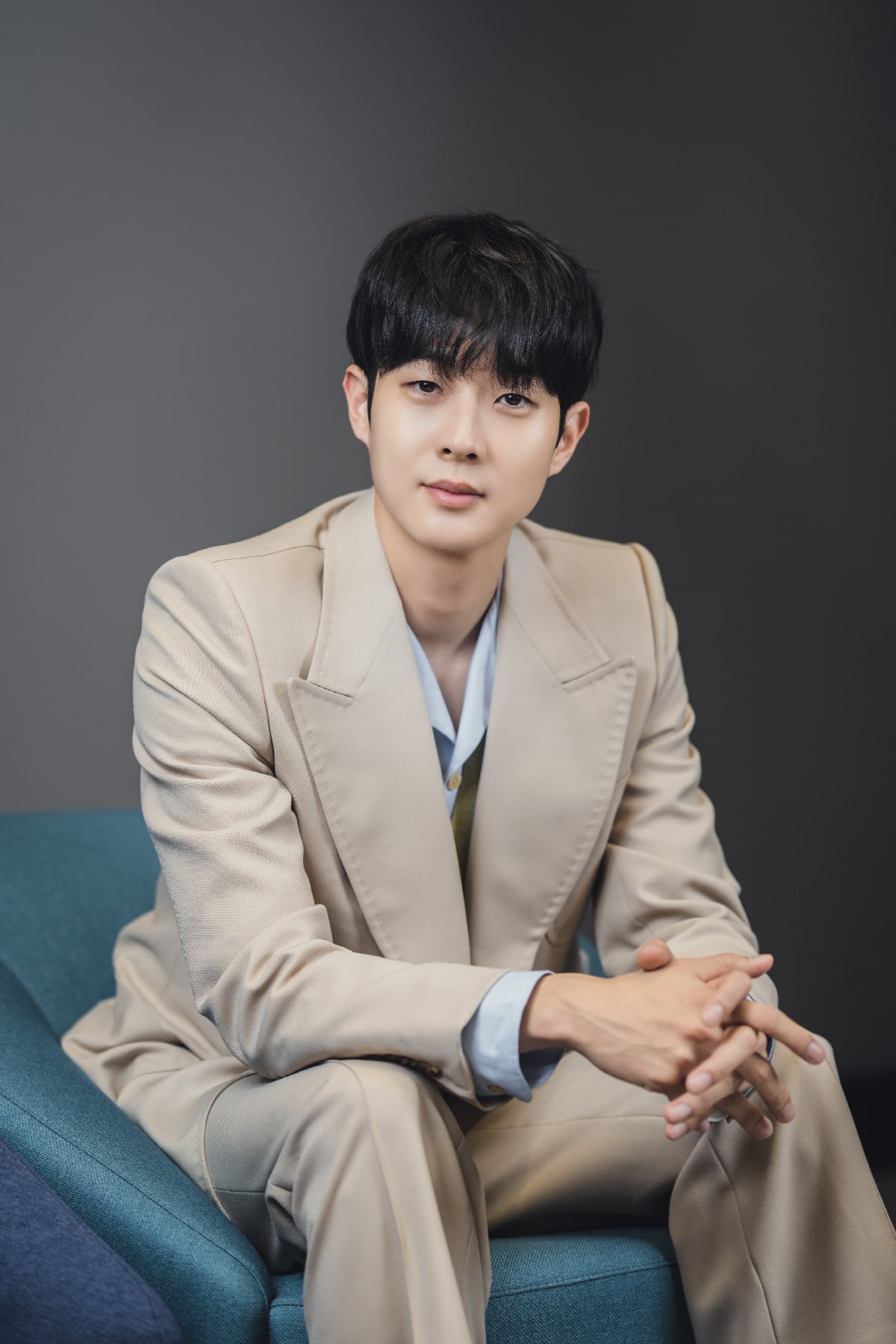 When asked about his ideal type, Choi Woo Shik answered, “My ideal type? These days, I am so worn out from life. I do not think I have an ideal type now. I like someone who has a similar sense of humor and who is fun to be around. Rather than thinking about my first love while I was acting, I thought a lot about the freshness of dating. There were similar aspects to when I was dating, but I talked to the producing director (PD) about the parts I did not understand. I also asked Da Mi when I needed her perspective. I talked to several different people on set without drawing a line.”

Finally, the actor talked about his resolves for his 30s, declaring that he will begin to invest in himself more in the future. Choi Woo Shik remarked, “My goal for my 30s is to invest time into developing myself further unlike in the past and to impress further after coming across a good project.”

Check out Choi Woo Shik in “The Witch: The Subversion”: